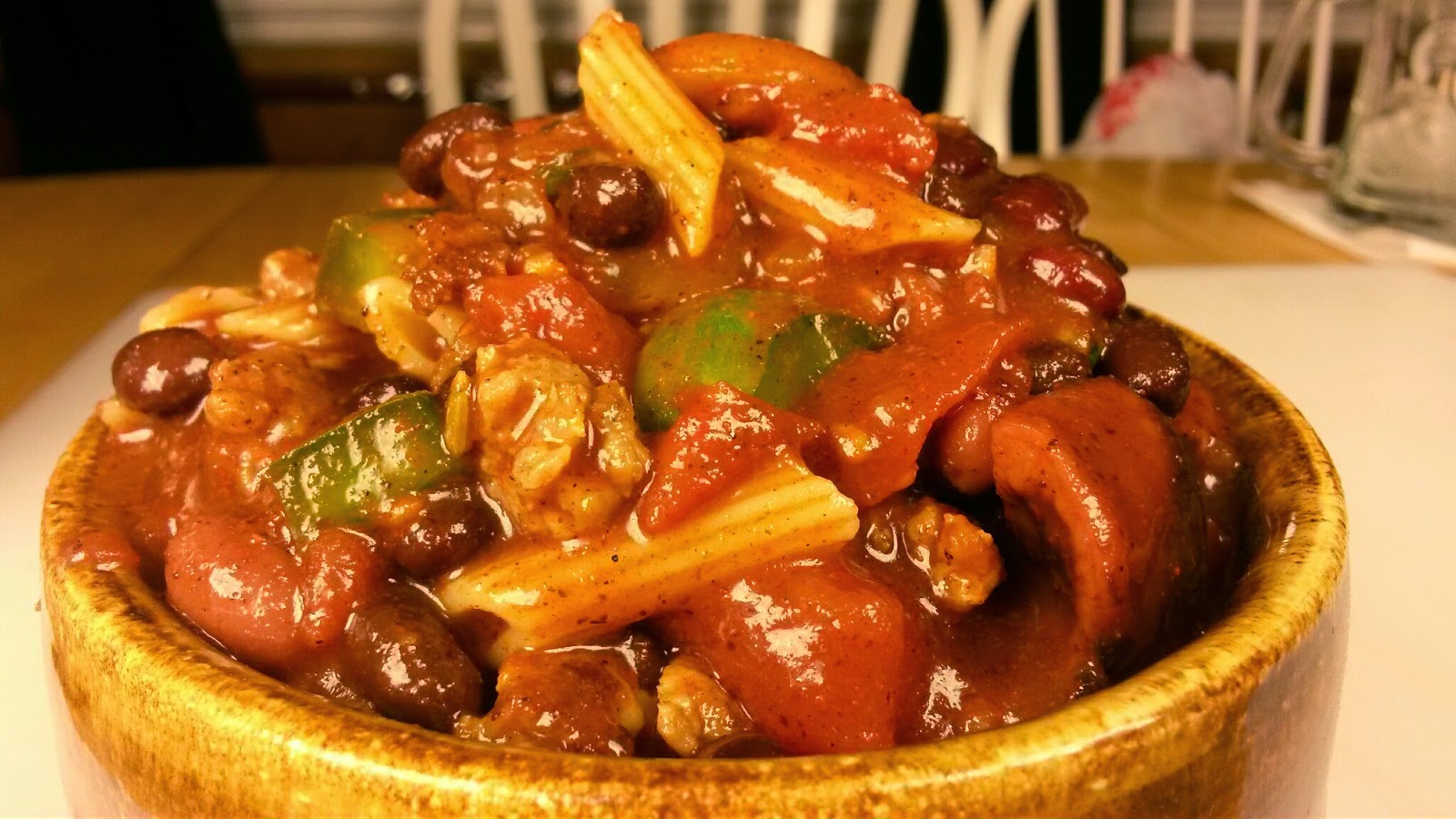 Just in time for the Super Bowl!!  This super-easy, super-quick way of making chili it sure to please the whole crowd! Check out just how easy it is to whip this up!


The other day at work, a colleague was asking me about how to make chili and, well, that really put my in the mood to whip up a big batch!!
Making chili is a lot easier than you would think!
All you have to do is gather the right stuff and throw it all together!
So, let's start by gathering what we need! 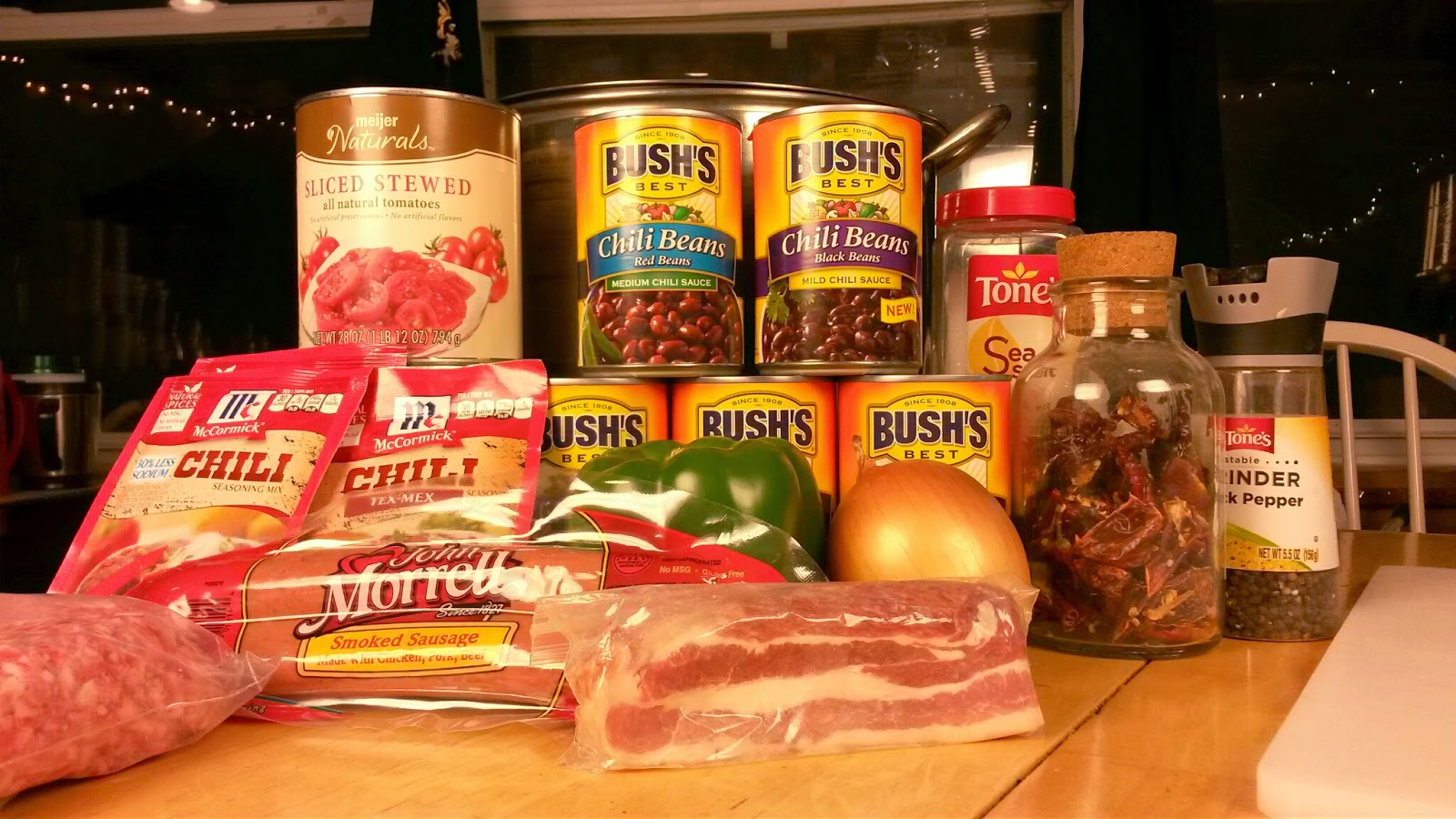 Tonight's starting lineup: Two bigass cans of stewed tomatoes, 5 cans of chili beans (red, black, & kidney in chili sauce), two-three packets of (low-sodium) chili seasonings, a green pepper, an onion, dried hot peppers (if you're not a wuss!), sea salt, fresh ground black pepper, 1 lb Italian pork sausage, one pkg of smoked sausage, and a rasher of bacon!
You can probably get all of this for under $20 and feed an army of hungry f-ball fans!  BOOYAH! 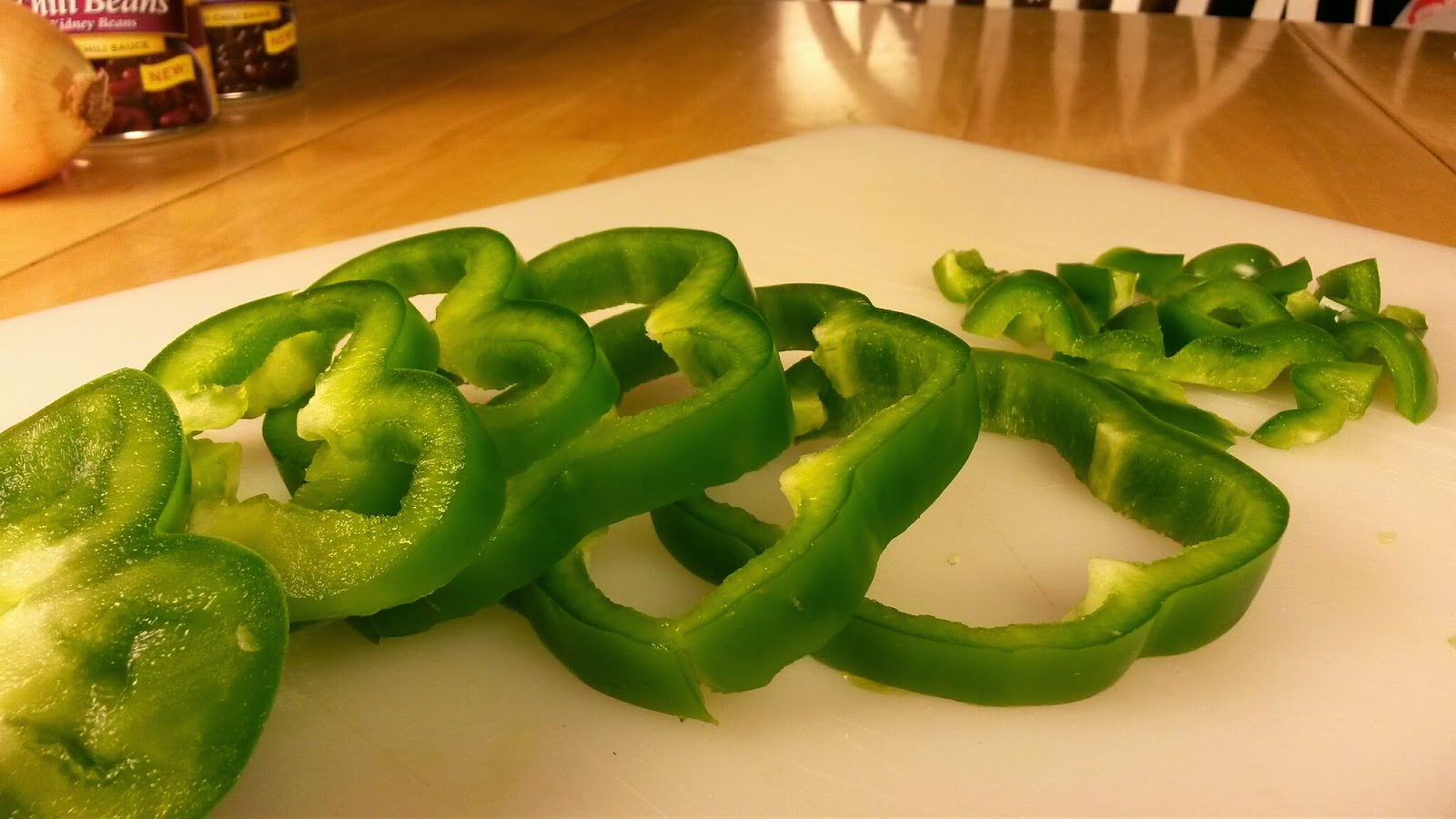 Get to whackin' up that green pepper! 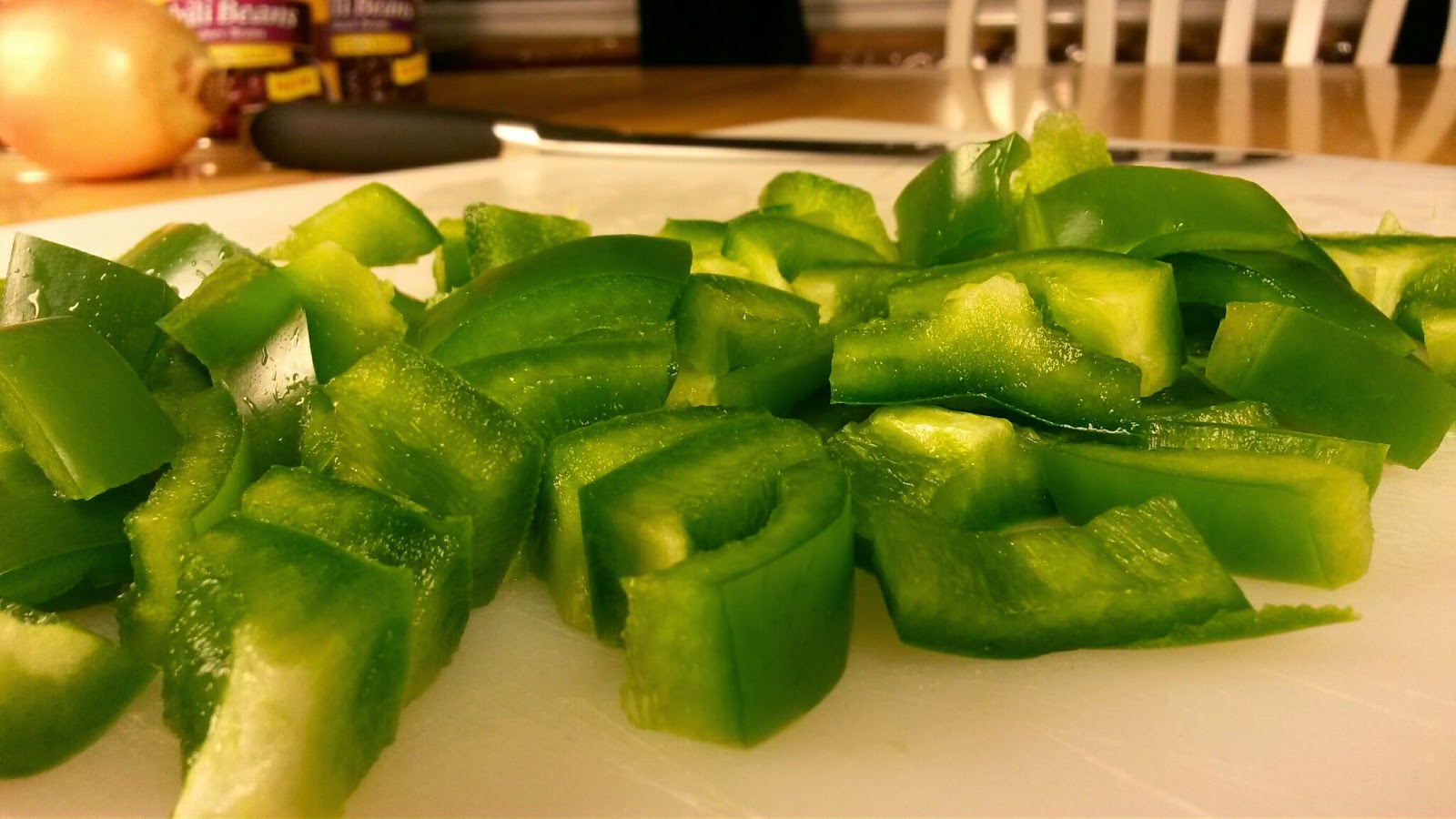 We're going for bite-size chunks here... not too small, not too big! 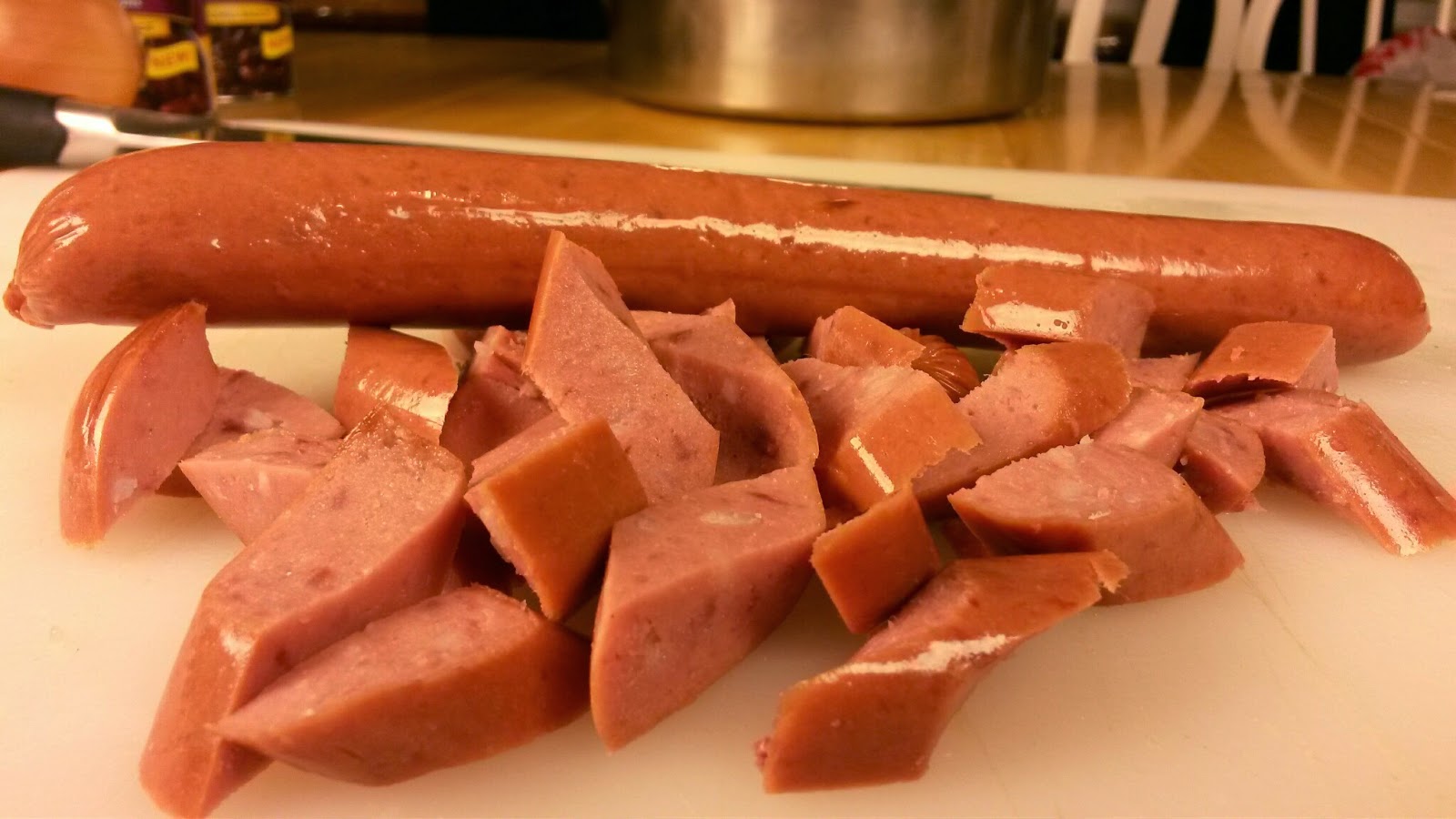 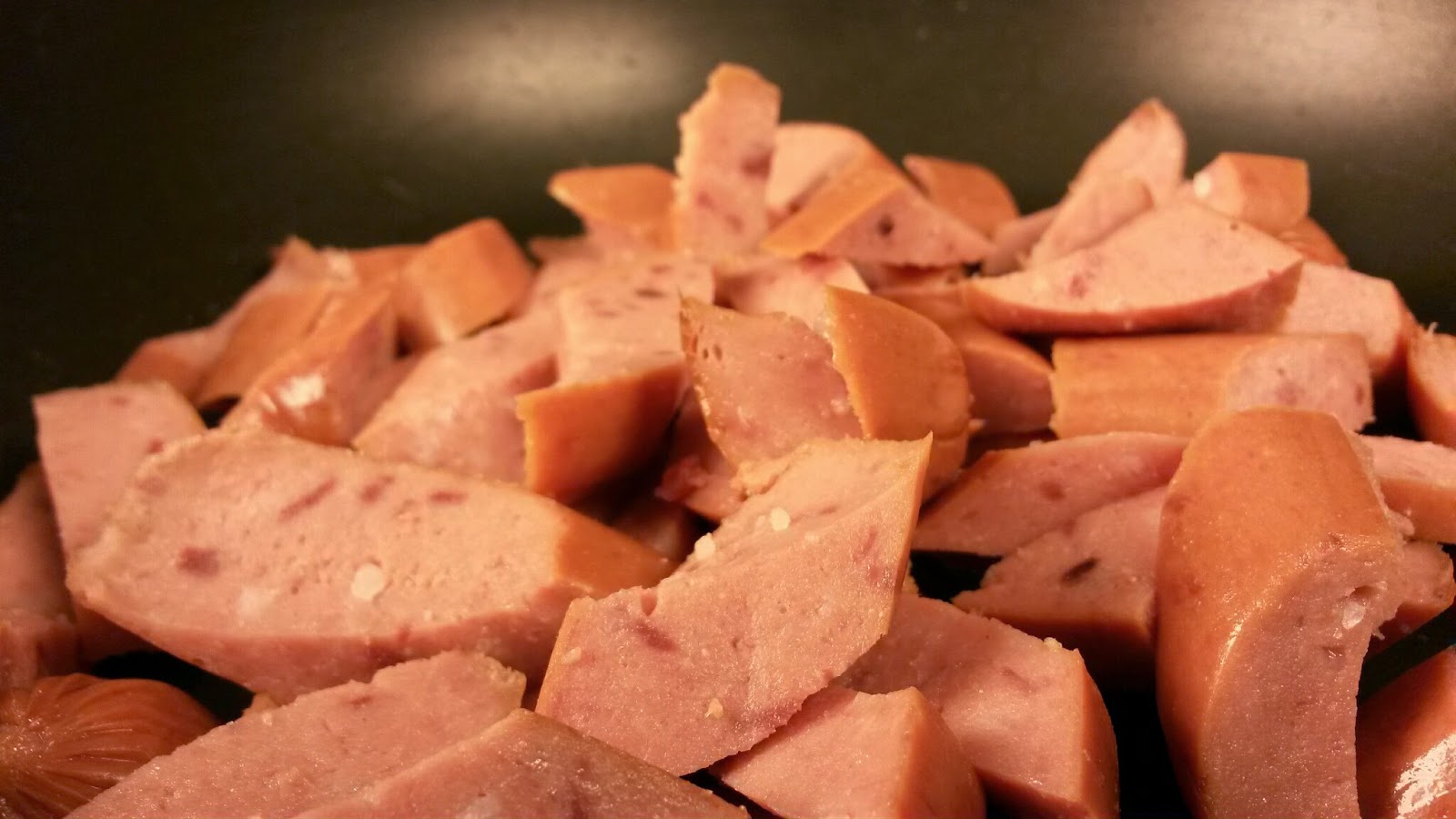 Into a frying pan it goes! 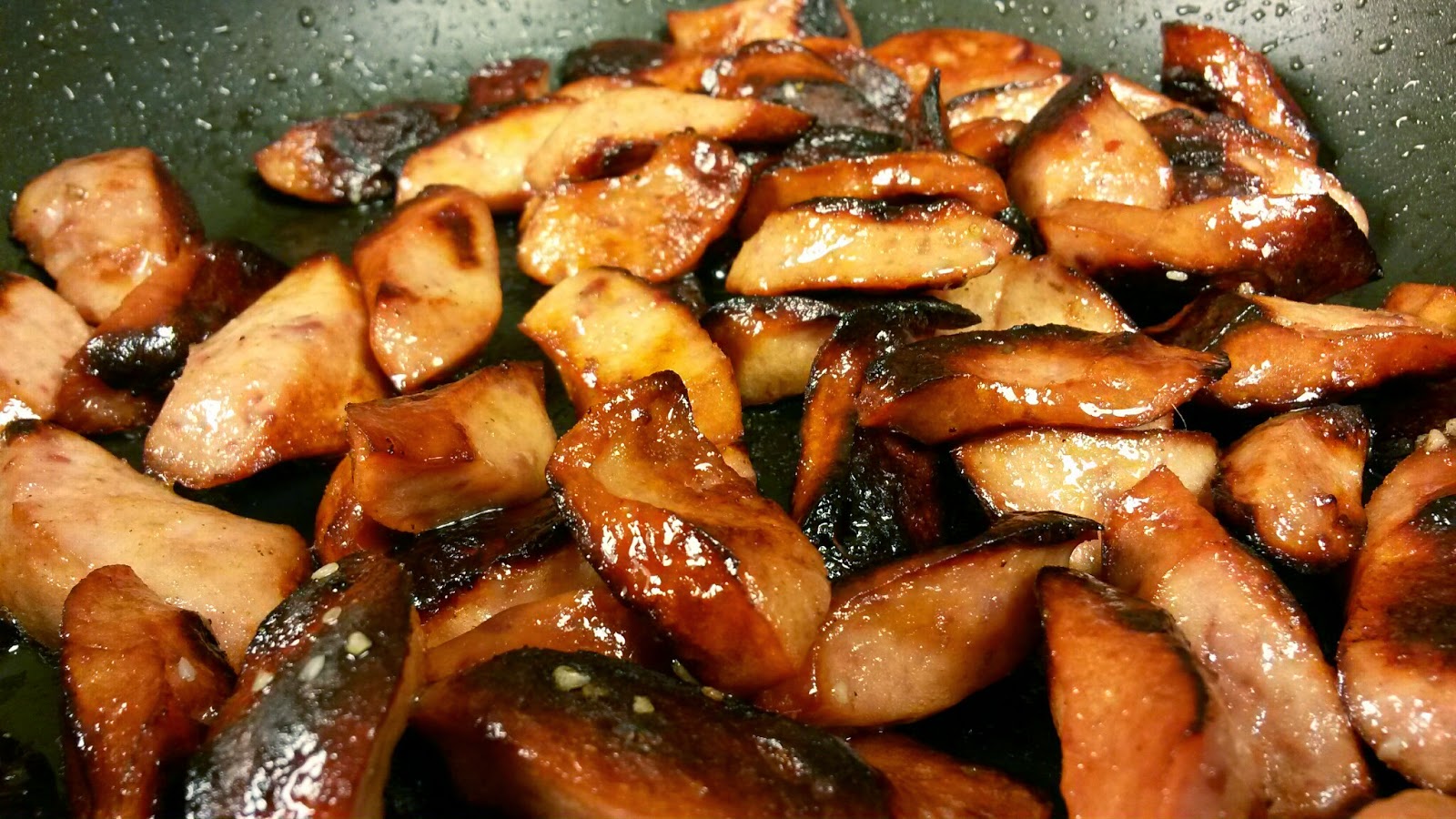 Yank it off the stove once you've got it sizzled up w/ some nice crispy edges! 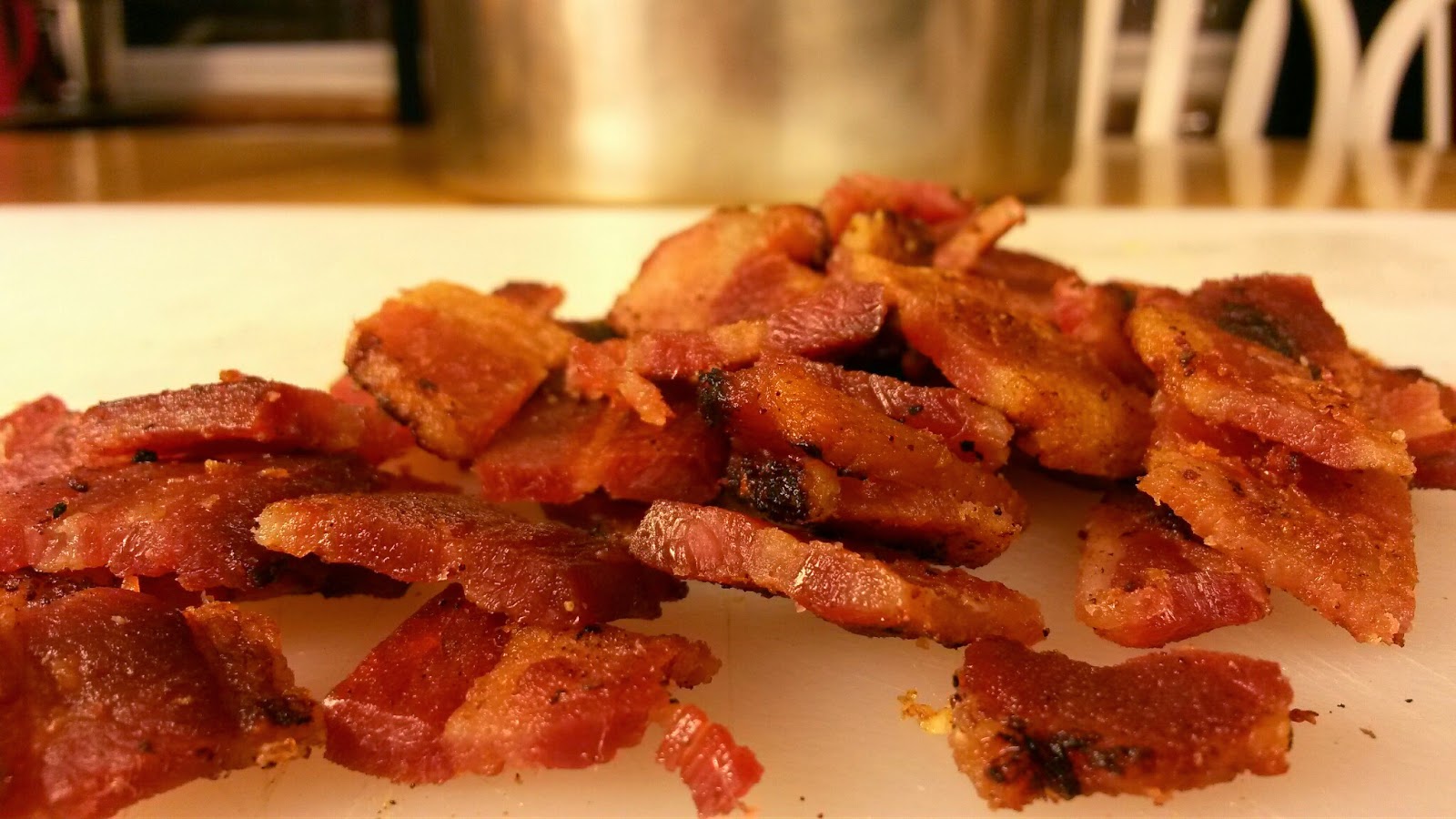 Time to cook up and cut up that bacon! 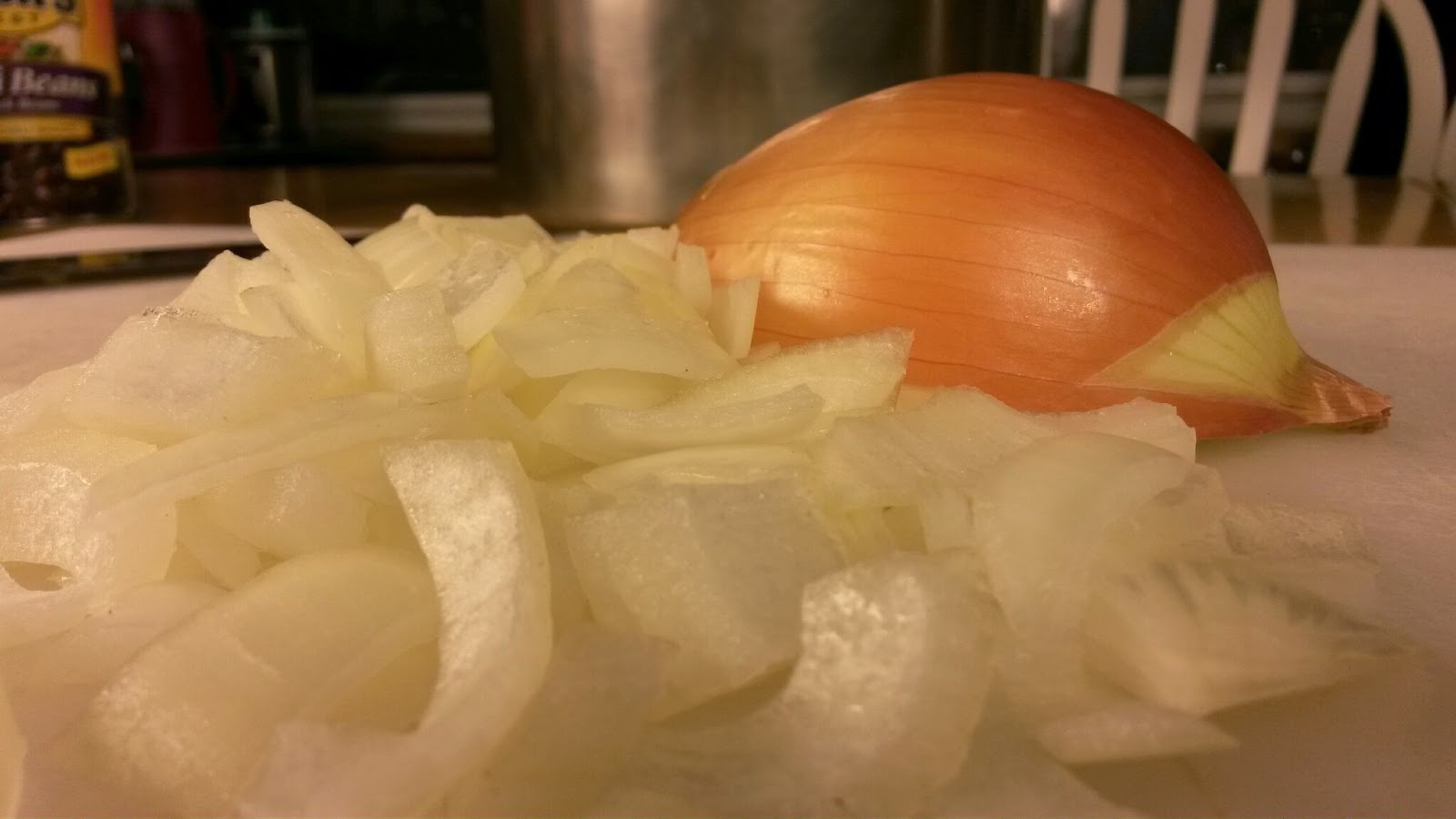 That onion ain't gonna chop itself! 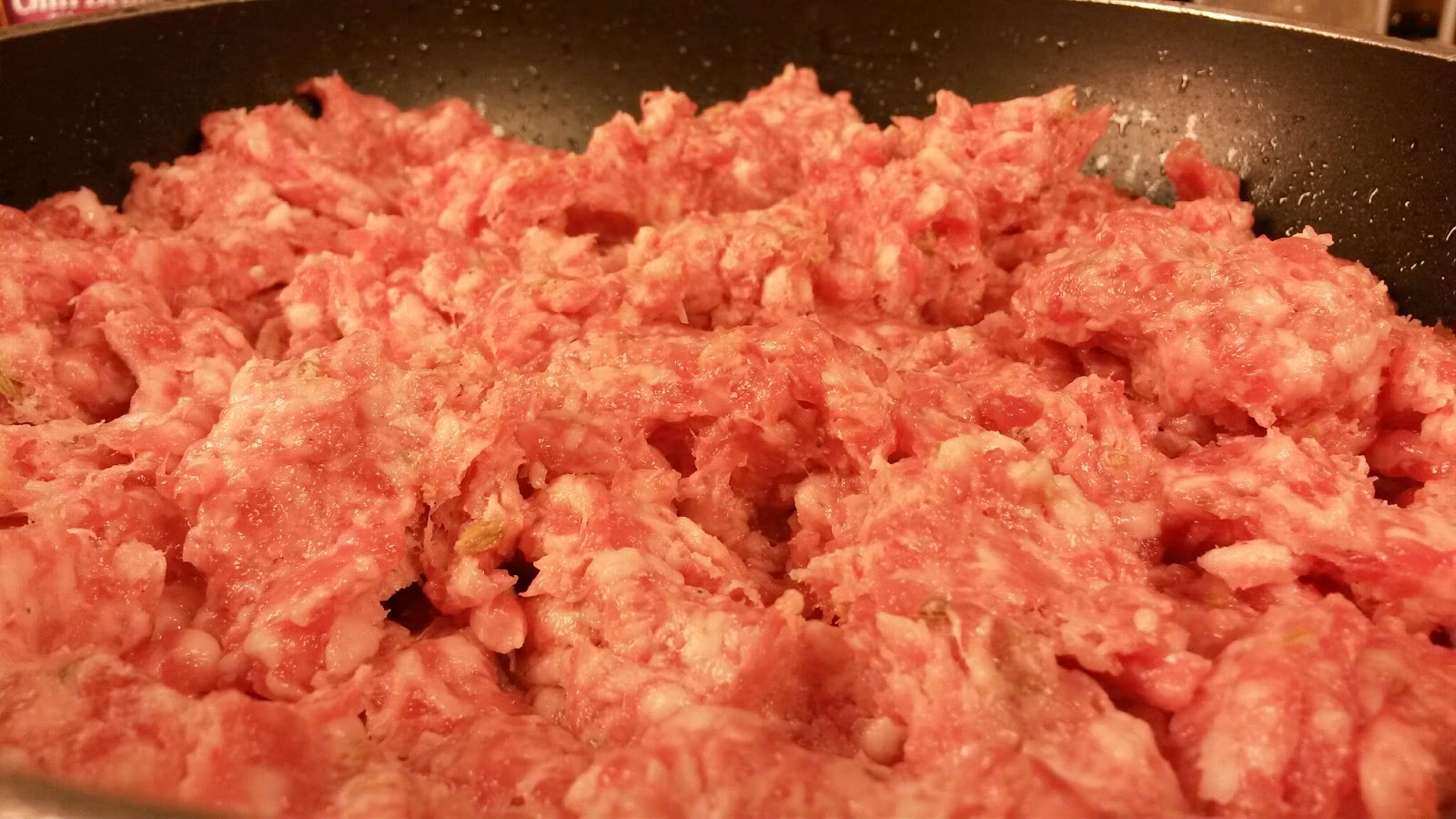 Once the bacon is out of the way, fry up that Italian sausage! 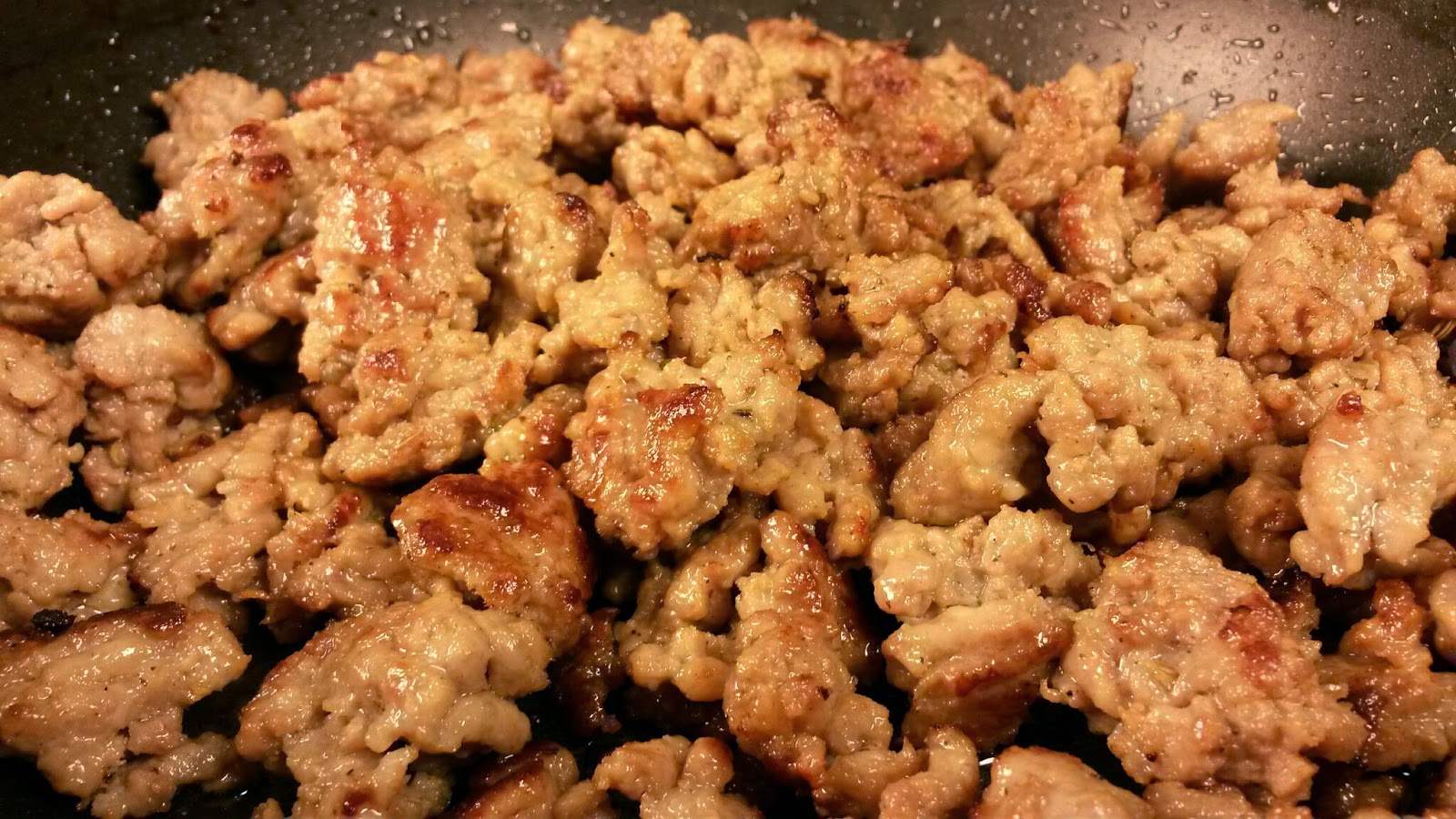 Awwww yeahhhh!!  Lookin' good!!
Be sure you taste things as you go along!
The sausages and the Italian sausage both needed a hit of salt to bring out the umami! 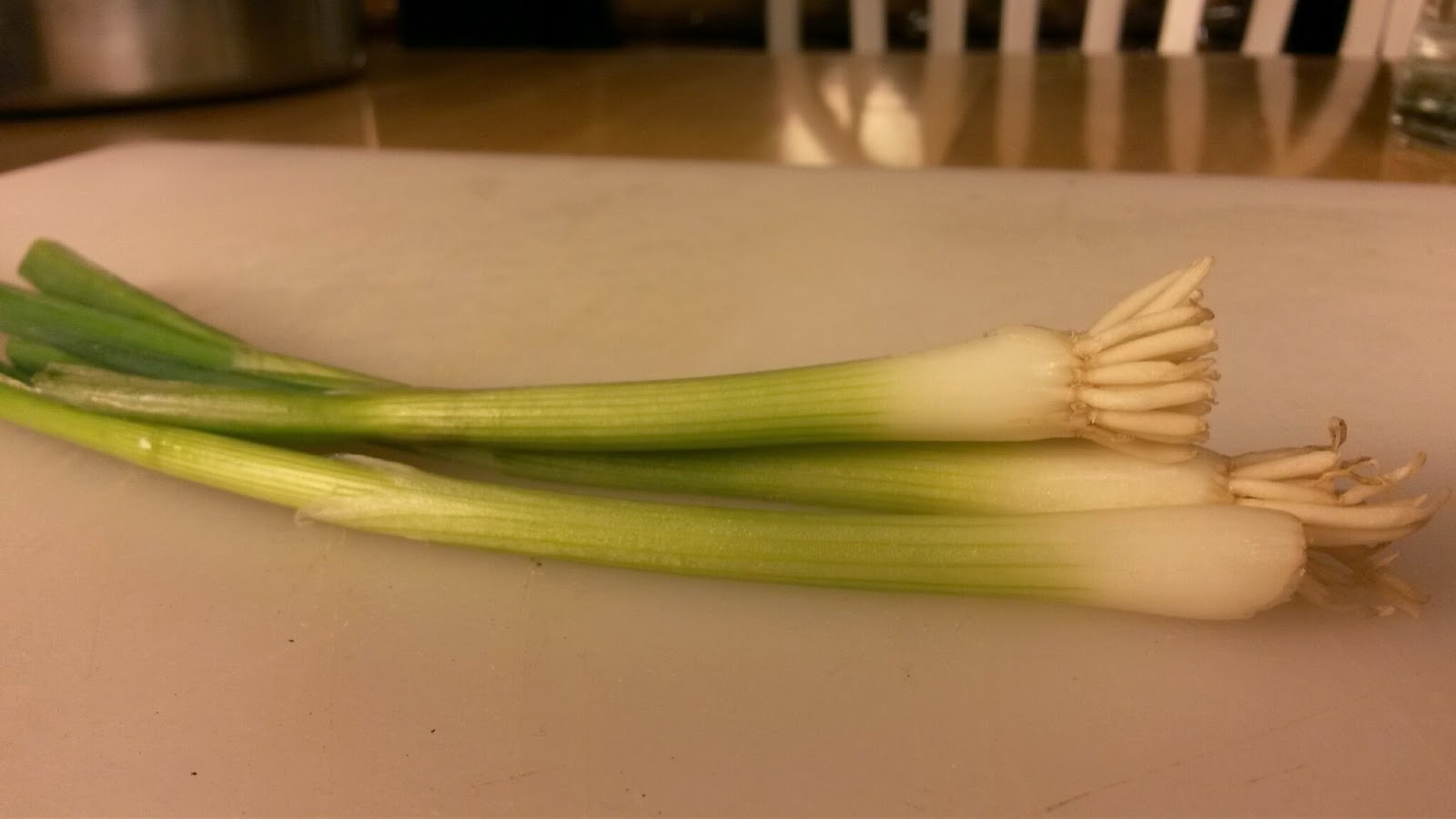 Some green onion, why not?! 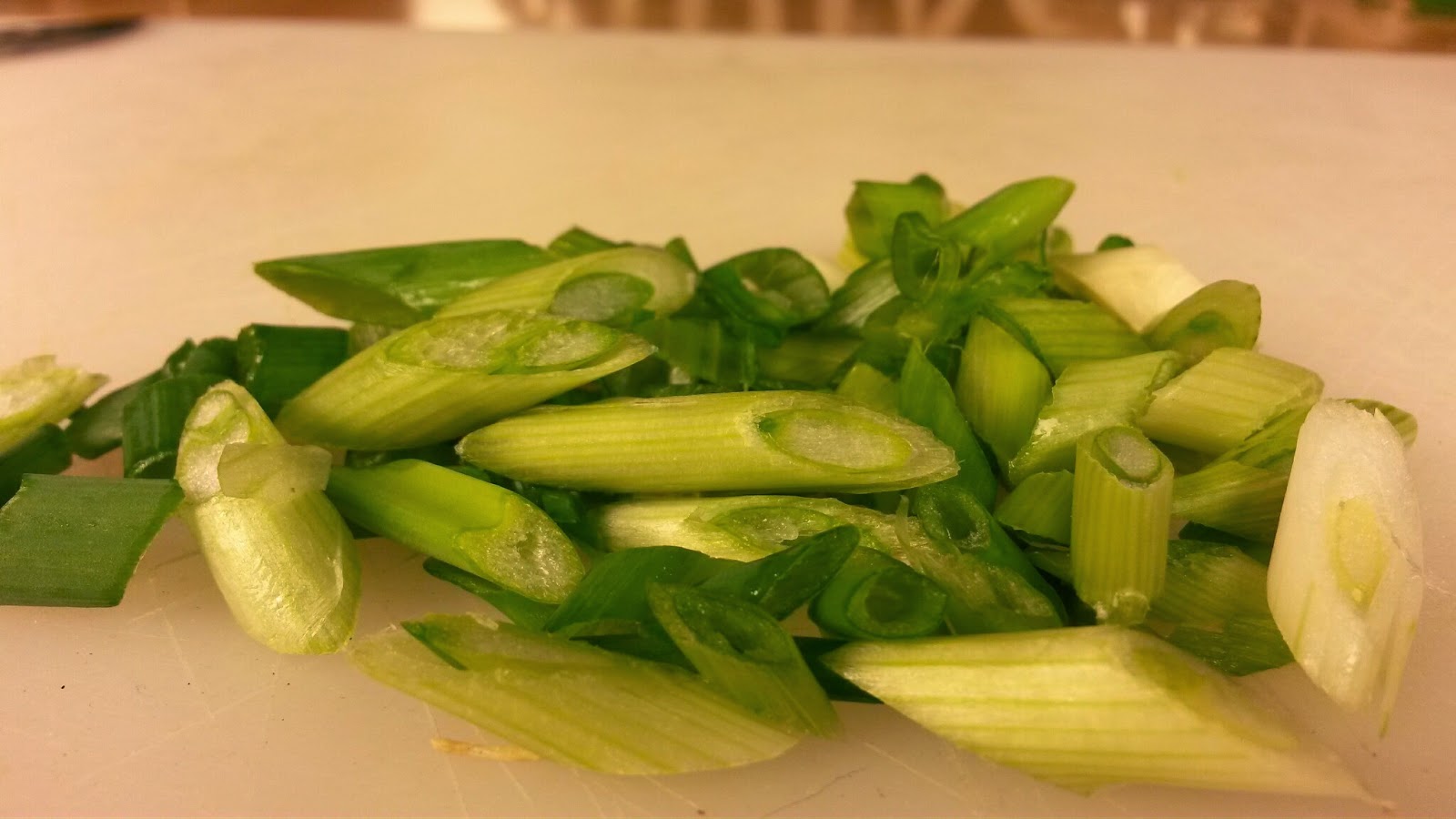 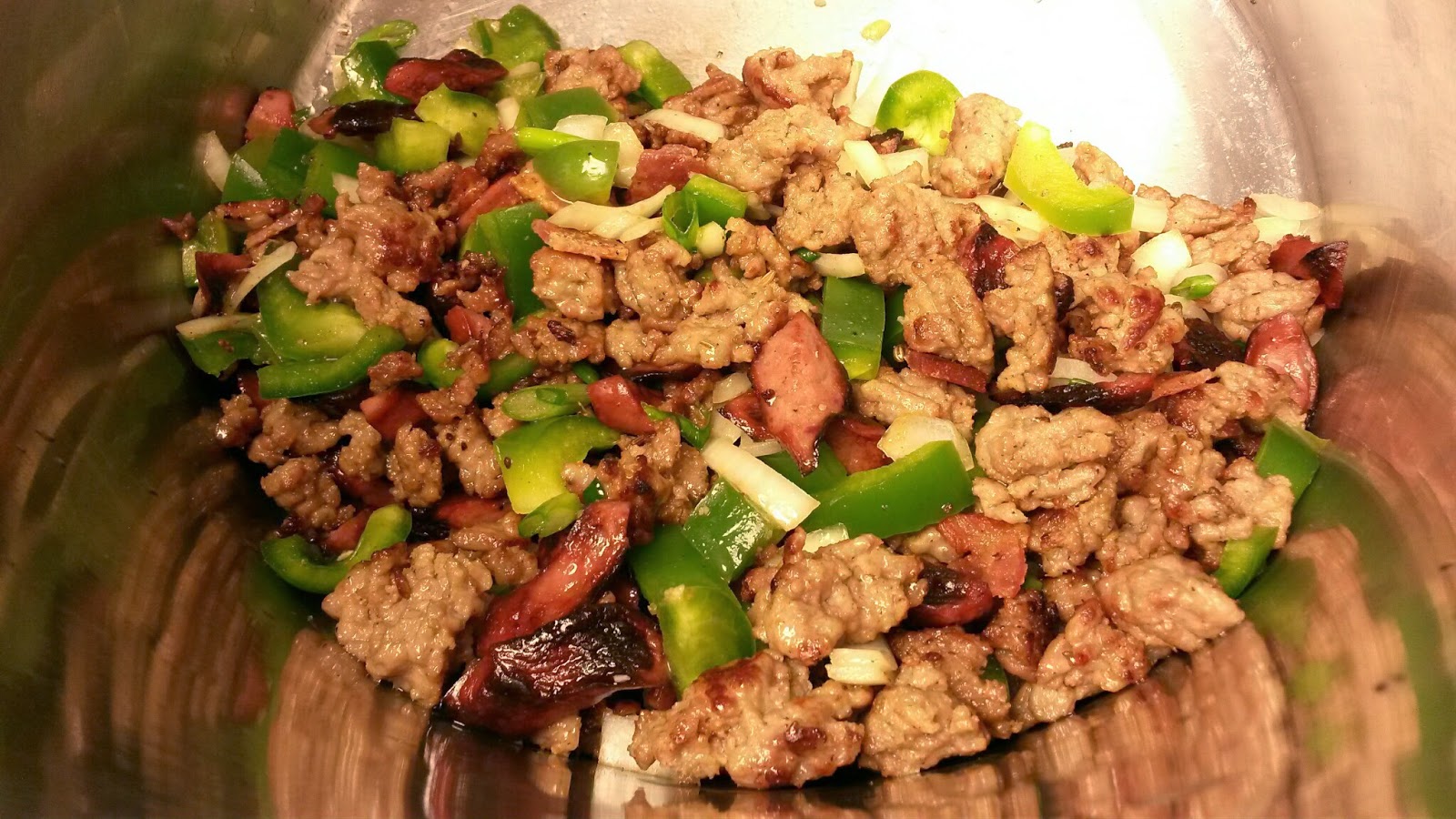 Into a bigass pot go all of the ingredients as they become ready! 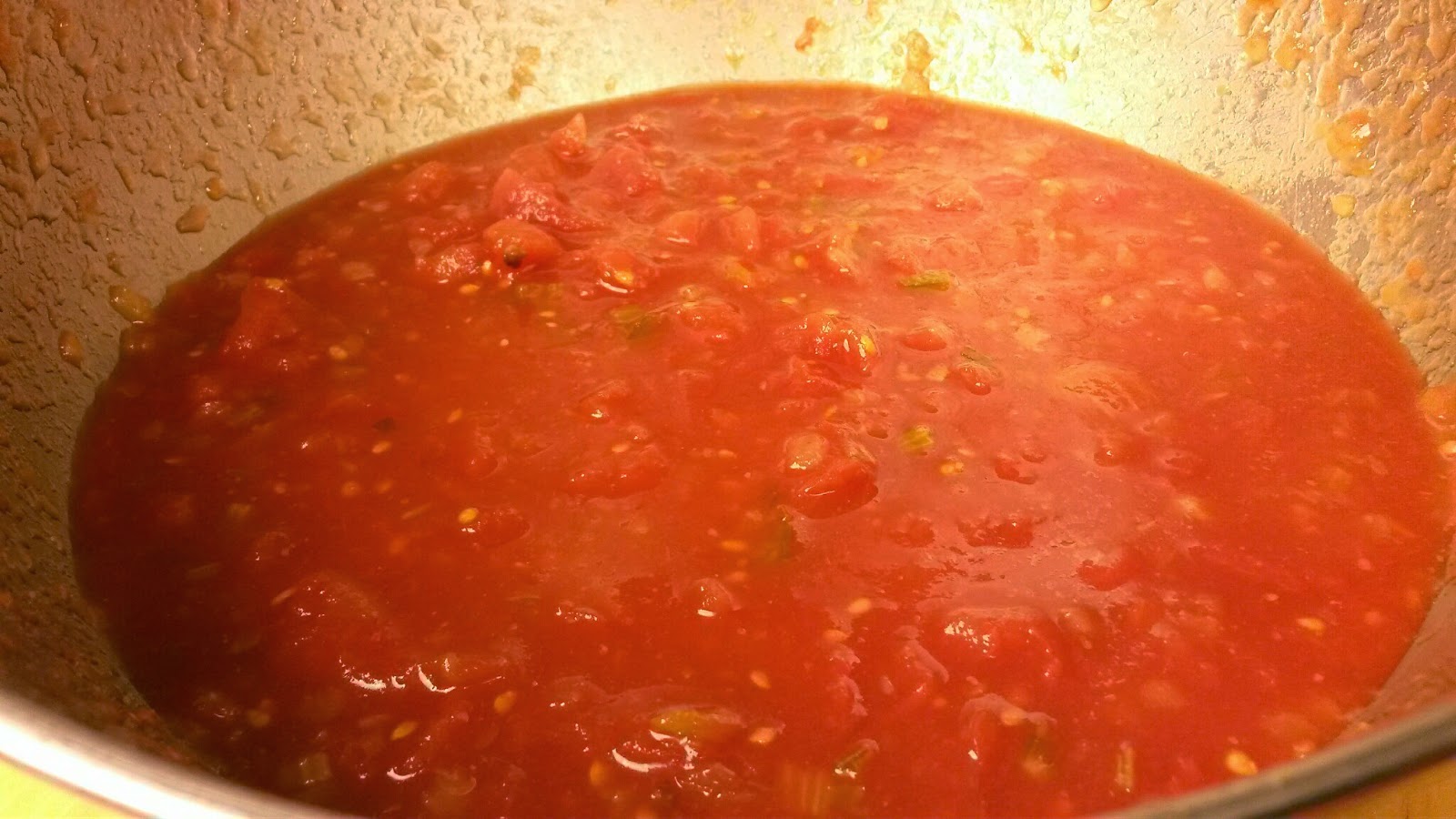 Before you toss in the stewed tomatoes, cut up all of the big chunks with a fork and knife or toss it into a blender for a minute!  Try to get the bigger chunks of 'maters into something a bit more reasonably sized! 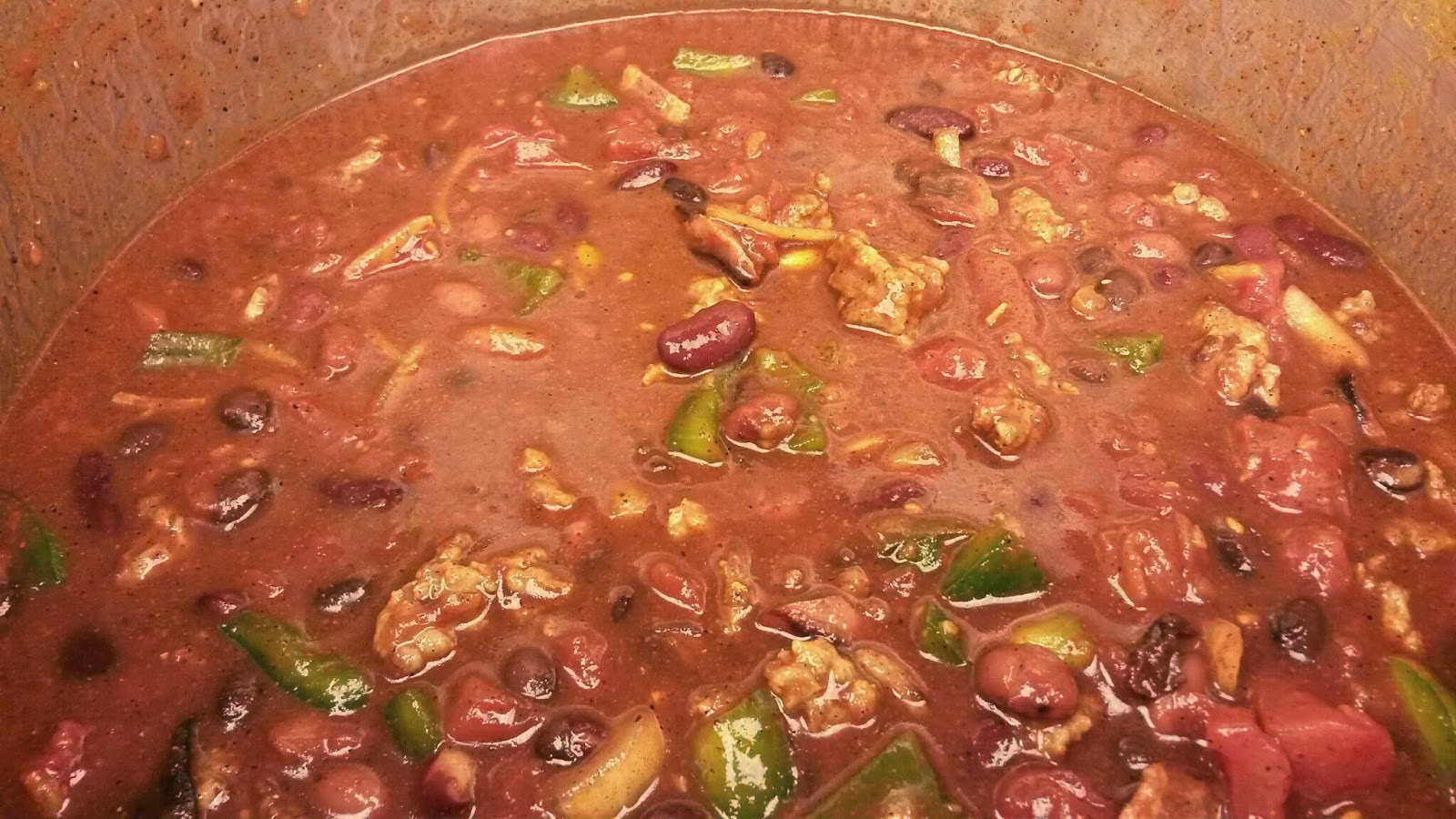 Toss in the tomatoes when you're ready!
This is lookin' good, but it's missing something! 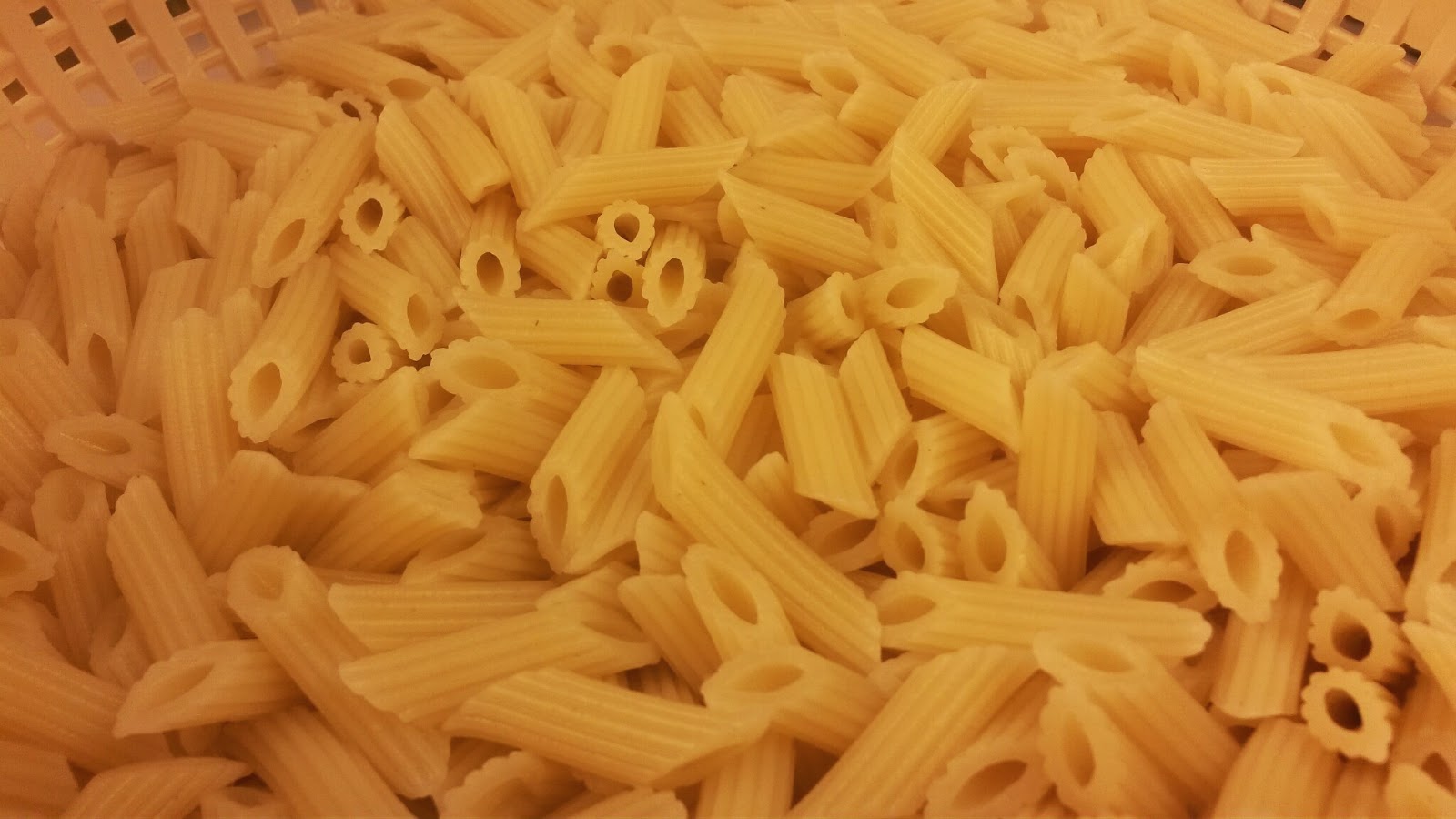 Pasta!!  Duh, of course!
Cincinnatians were onto something when they started adding pasta to their chili!
I love it this way! 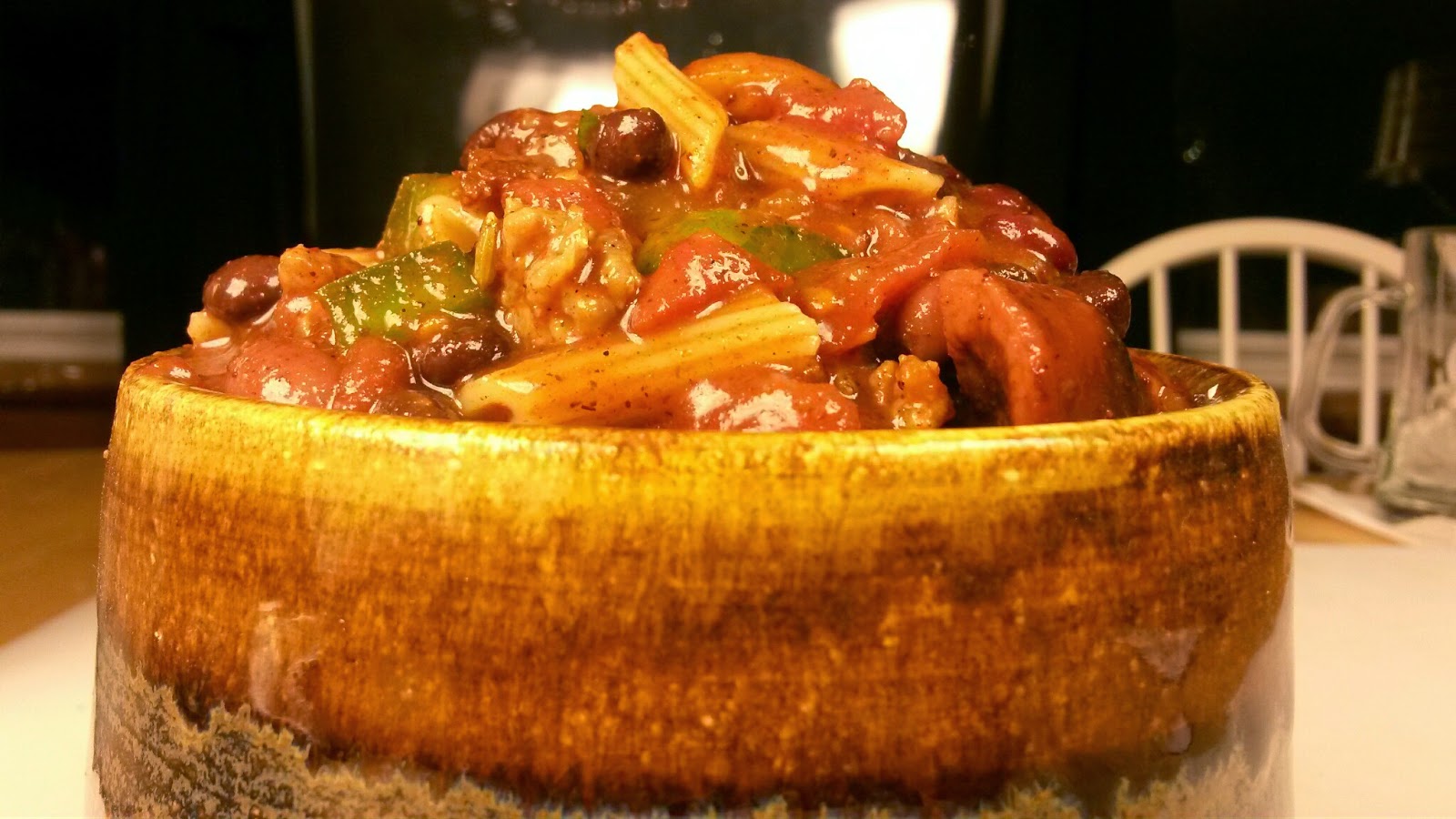 Once you've gotten all of the ingredients into the bigass pot, stir in at least two of the chili seasoning packets to get the flavor amped up to about an 11 on the dial!
Adjust the salt and pepper as necessary by adding just a bit at a time and stirring vigorously and trying again before adding more!
At this point, the whole batch is roughly room temperature and can be stoached in the fridge for a few days to let the love happen before you serve it up to a hungry crowd!
Keep in mind that chili is always better 2-3 days after you make it, so plan ahead!
I made this for batch for the BFC Crew, but I nuked this bowl and wolfed it down about 10 seconds after I finished shooting these pics! I couldn't have been happier w/ the way it cam out!
The only thing left to do was hit it w/ some ShitYeah! Sauce and wash it all down w/ a big cold mug of suds!!  Oh yeah, pass the Doritos, too! 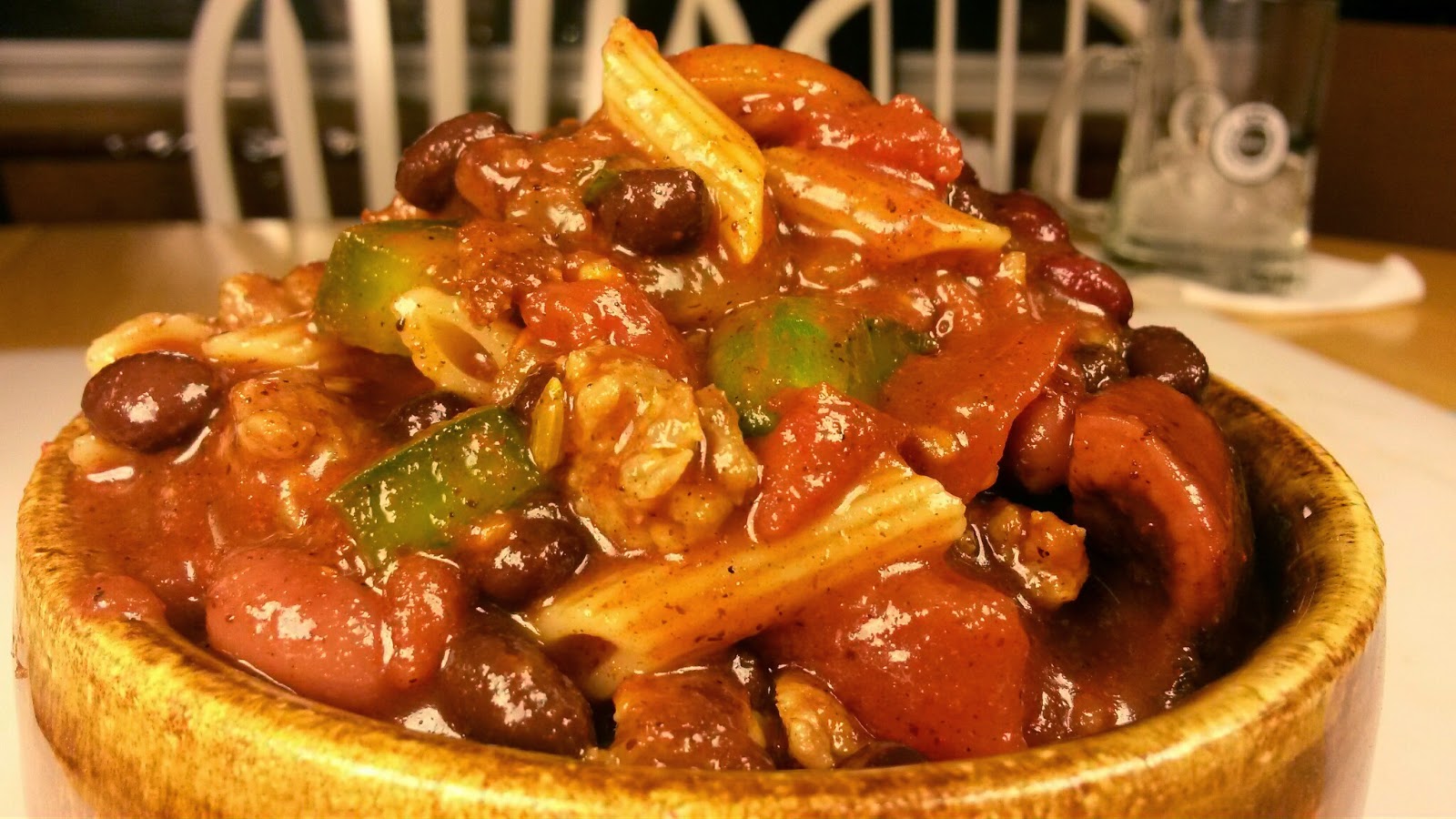