No Rest for the Wicked!! 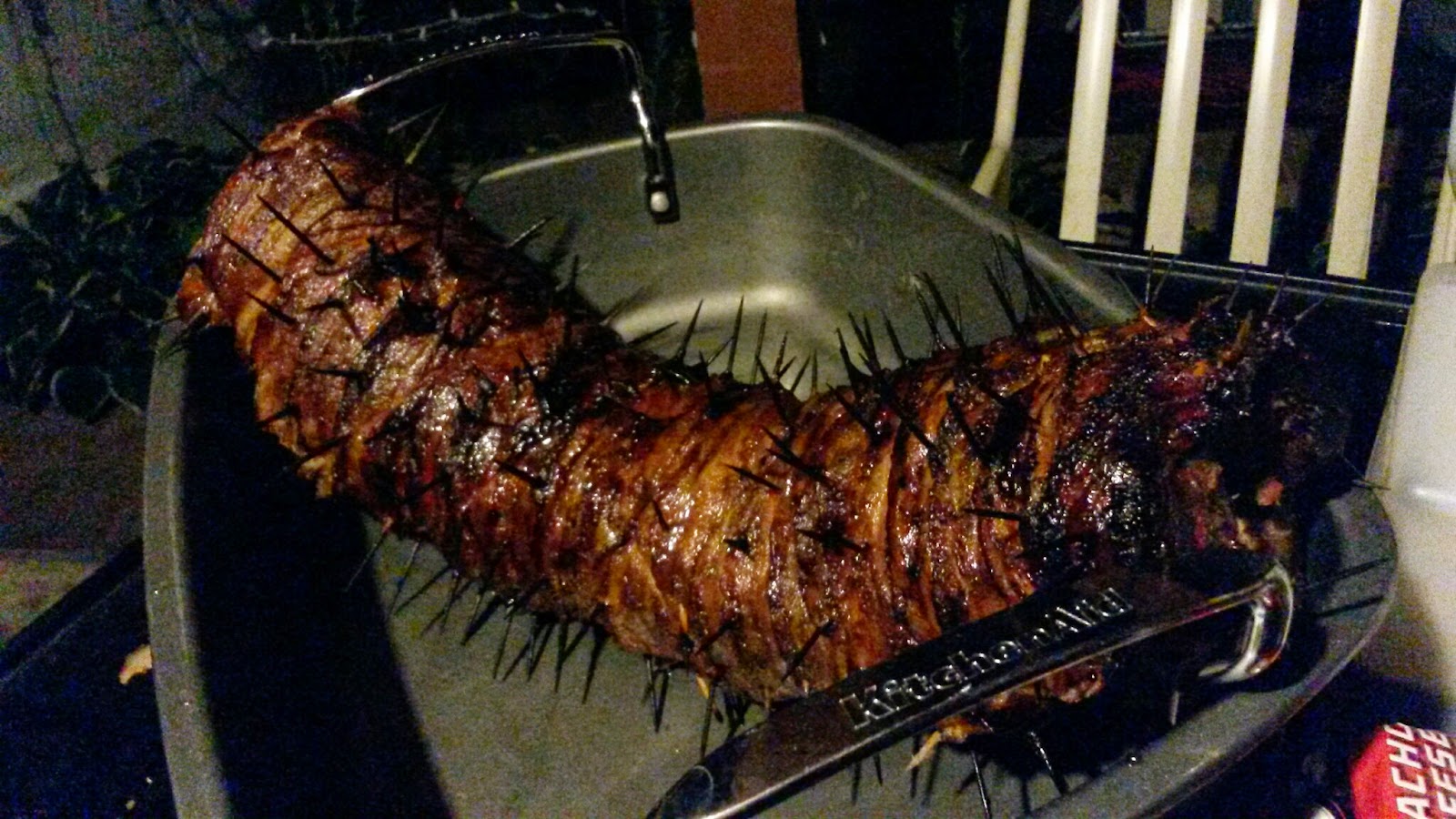 Good lord! What is that?!? Read on to find out!


Note: shift+click on any image to see it full-size in a new window!

So!  I've been busy as all hell, but not so busy that I couldn't kill me a big, fat, Thorny Tent Worm and cook it up on the pig roaster!!  WooooT!! 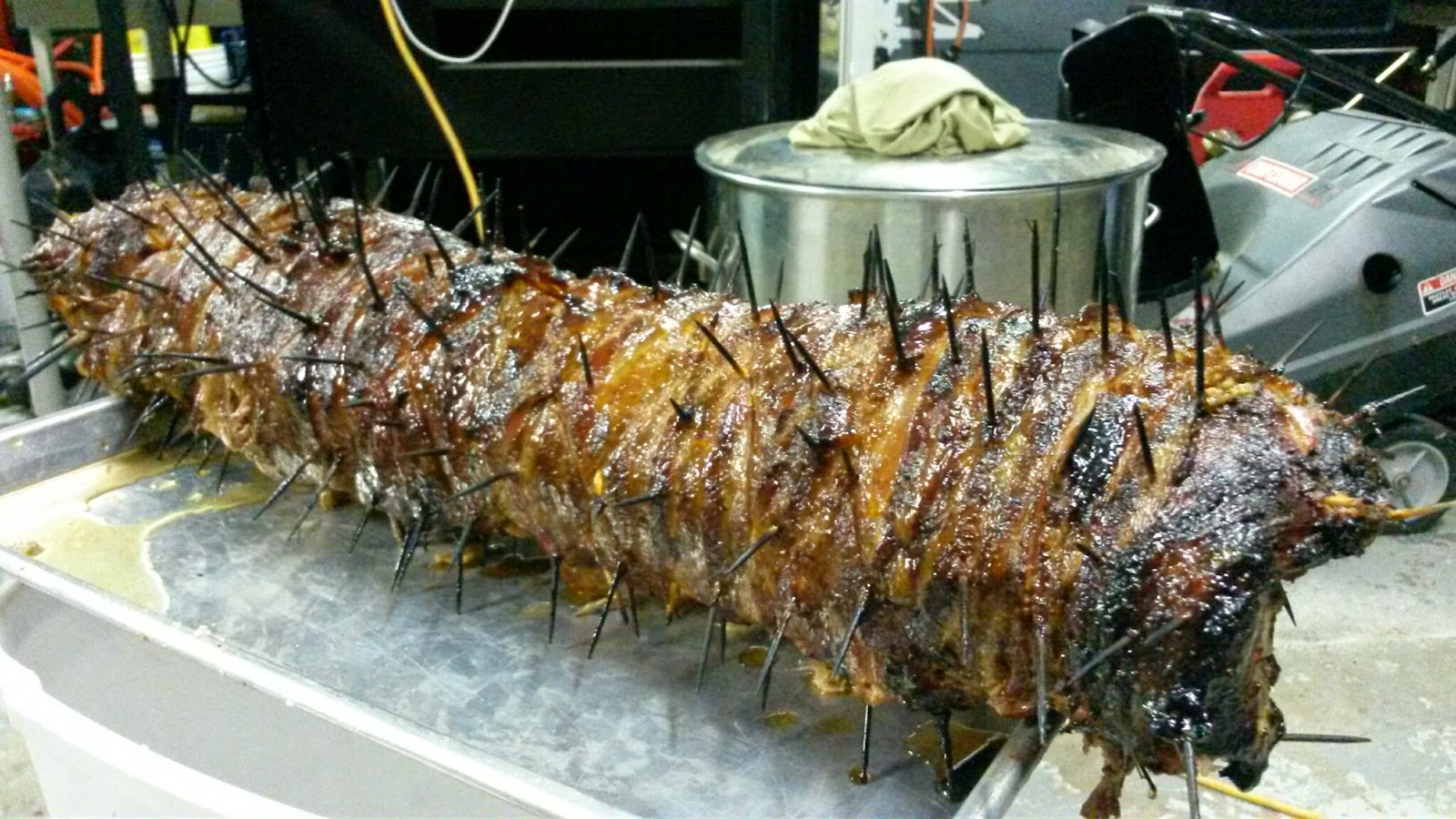 OMG, just look at how good that looks!!! 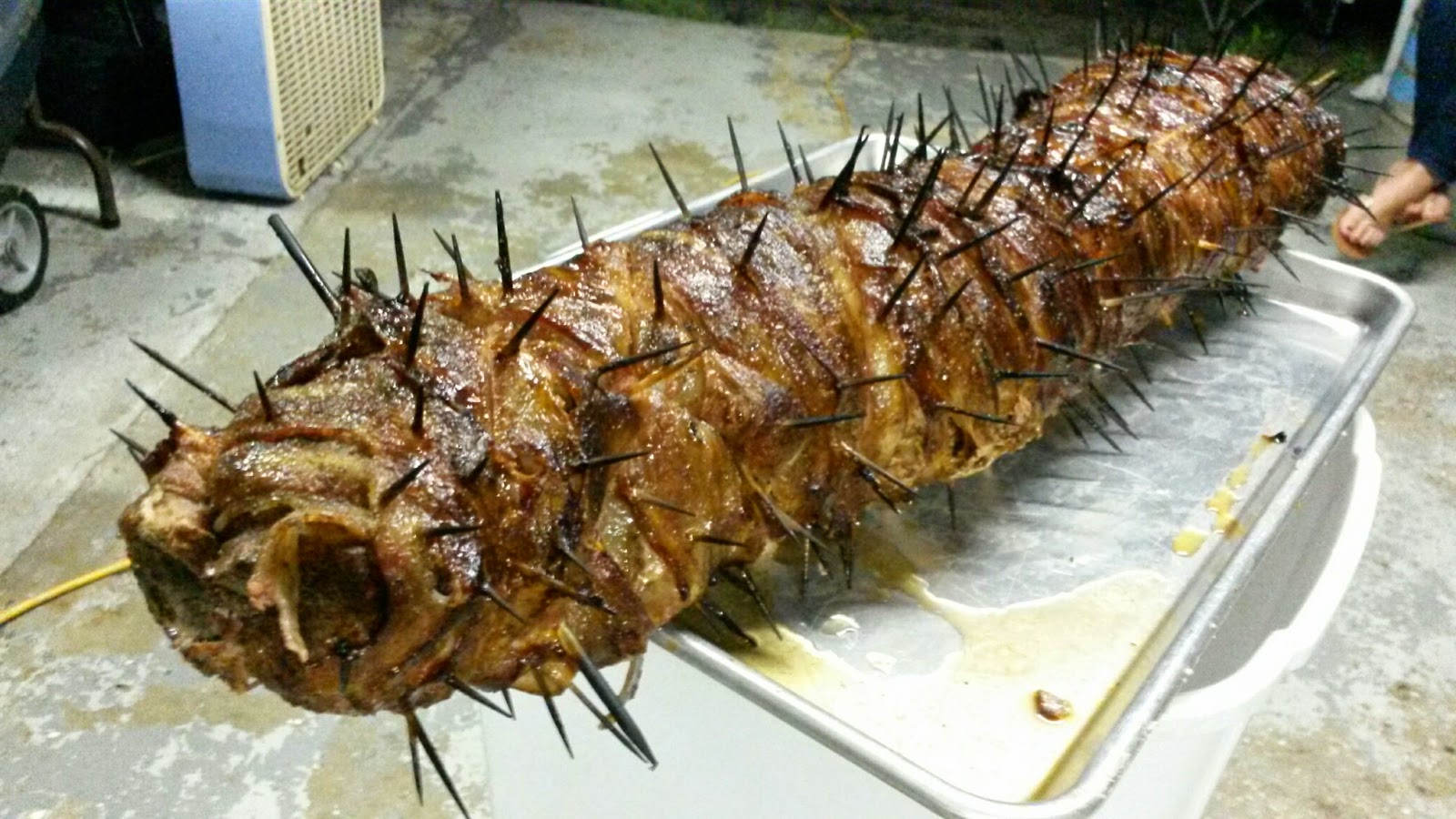 The nice thing about putting a giant tent worm on the rotisserie is that all you have to do is shove the spit up its knuter duct! 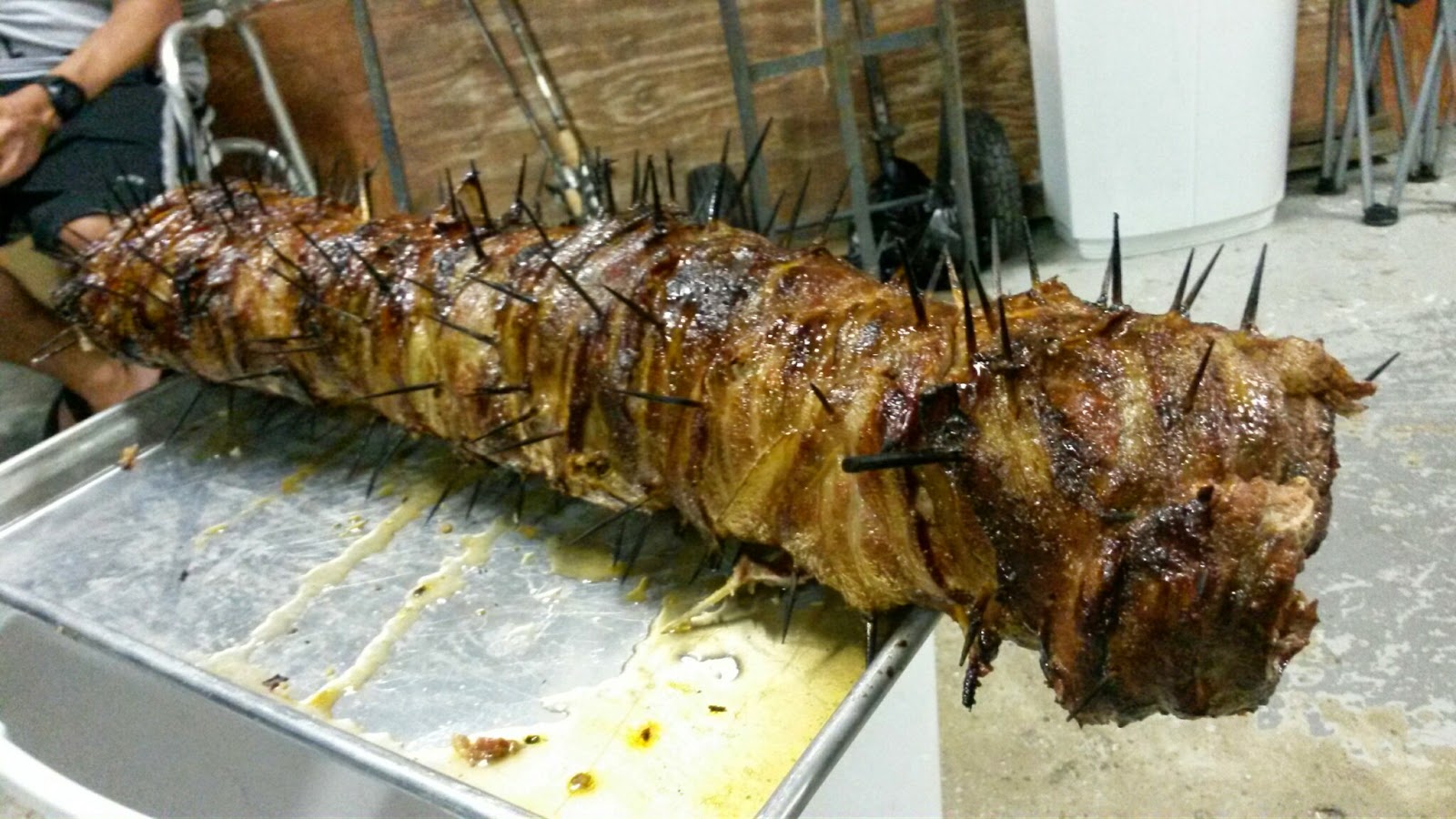 Be carefs, yo!
Try to avoid getting pricked by it's thorny spikes!  They can still get you looooong after you've sent this bastard's soul back to the Hell from whence it came! 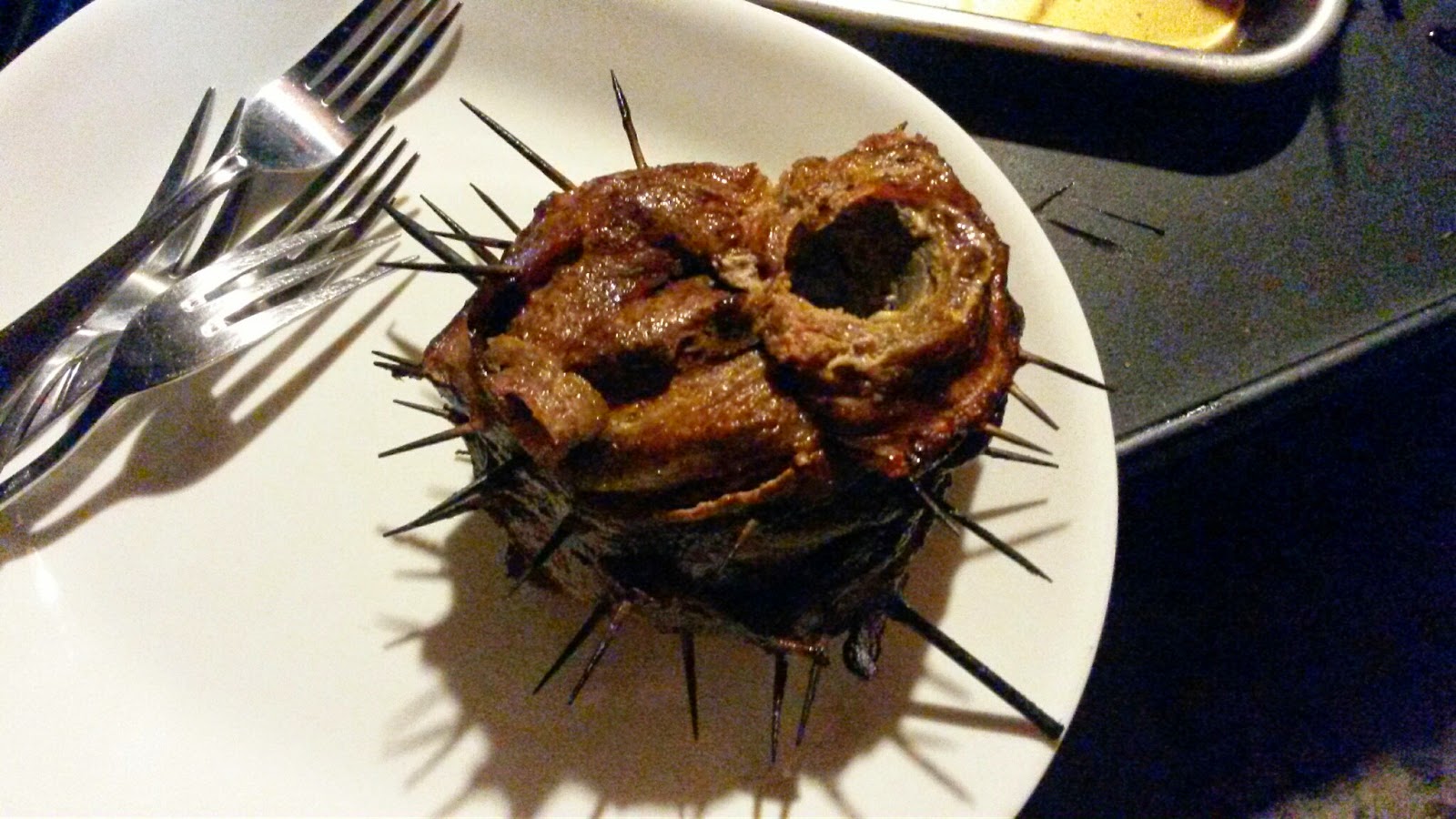 Here's a shot of the knuter valve (stretched, obv) hacked off of one end of this bad mamma-jamma!! 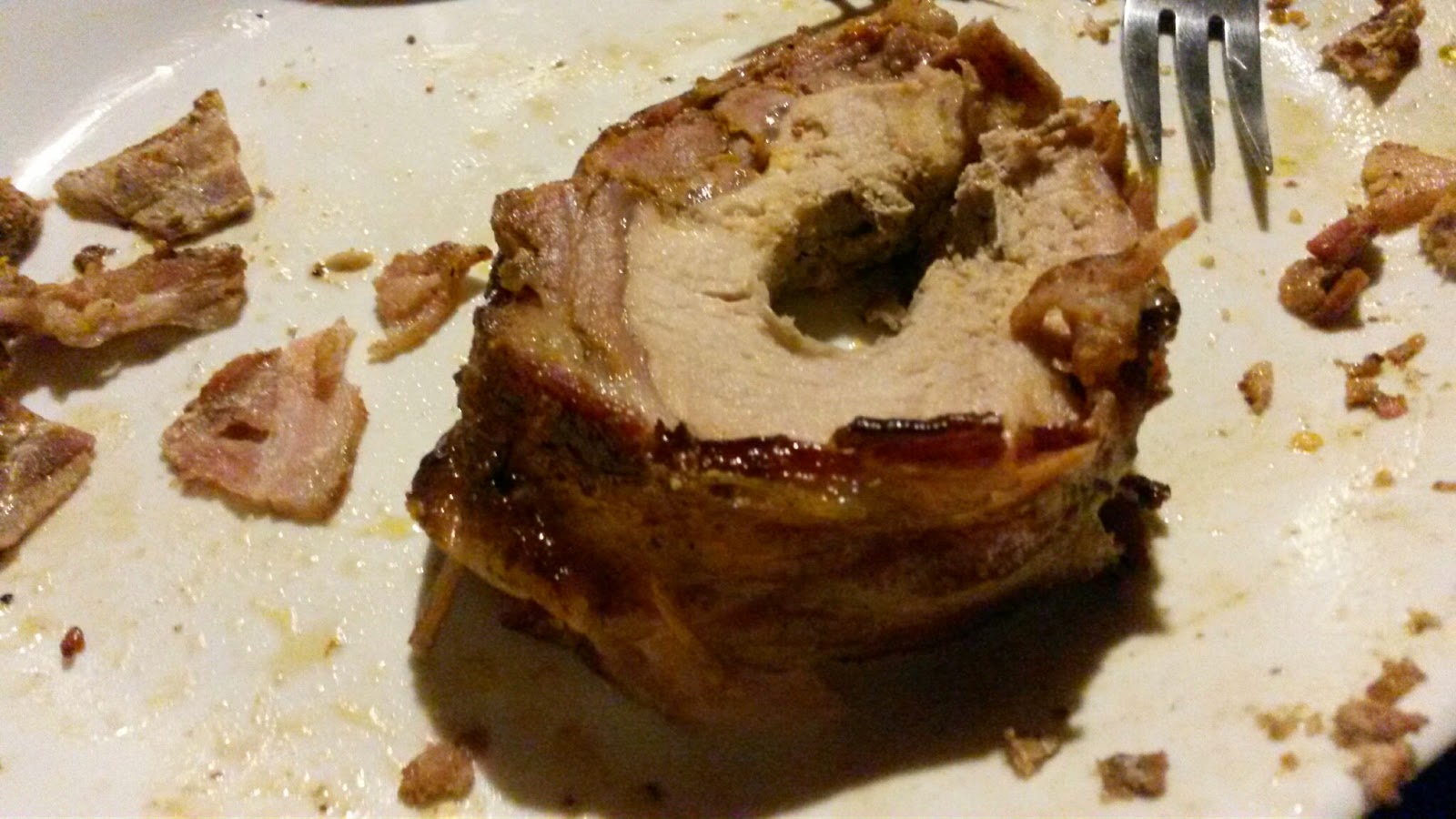 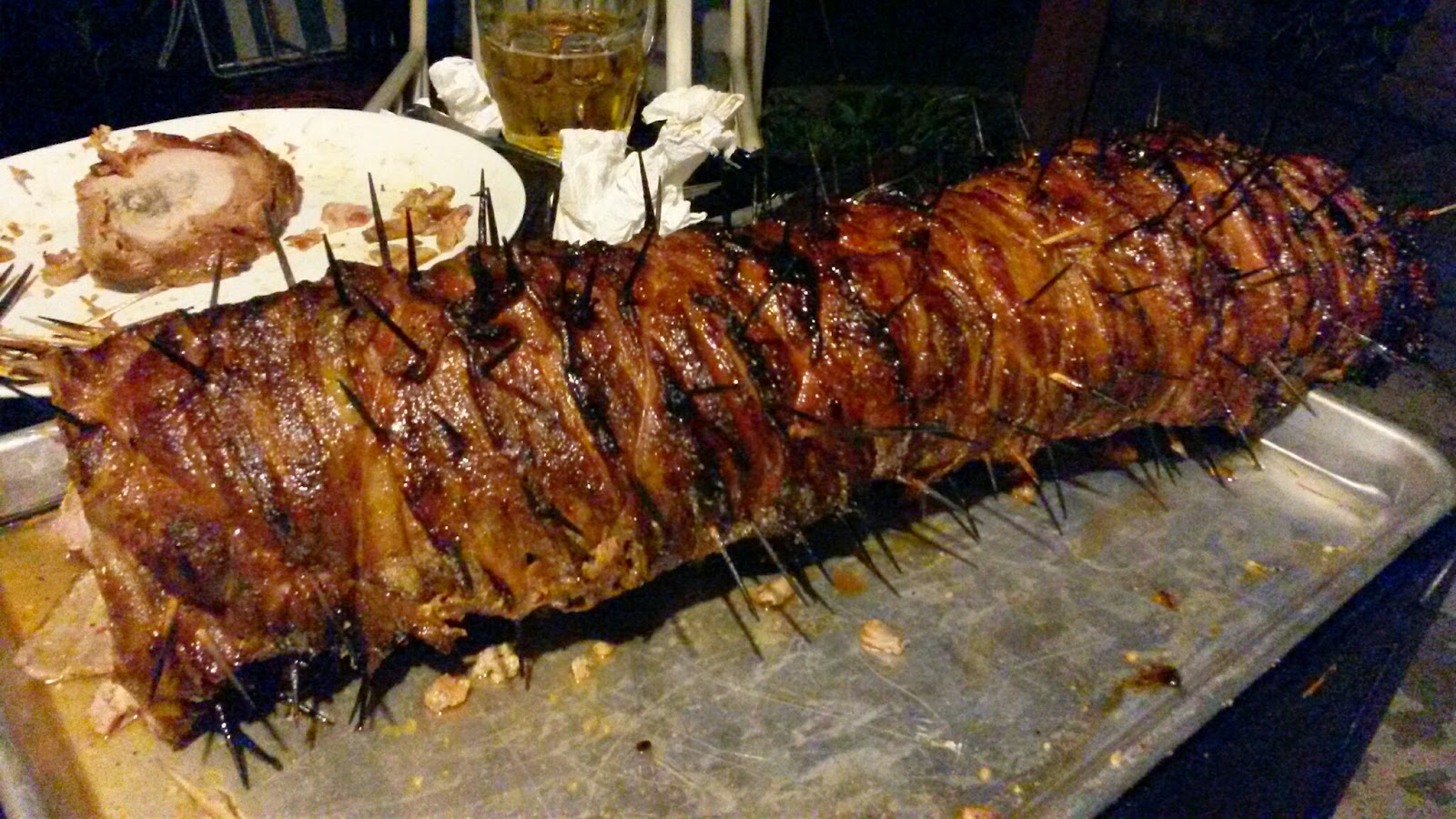 You should have heard this fucker SCREAM when I shot it down out of the tree w/ my crossbow!!!
Holy Hell!  It flailed about wildly on the ground for about 25 minutes before I shot it again and pinned what I thought to be its head to the ground! 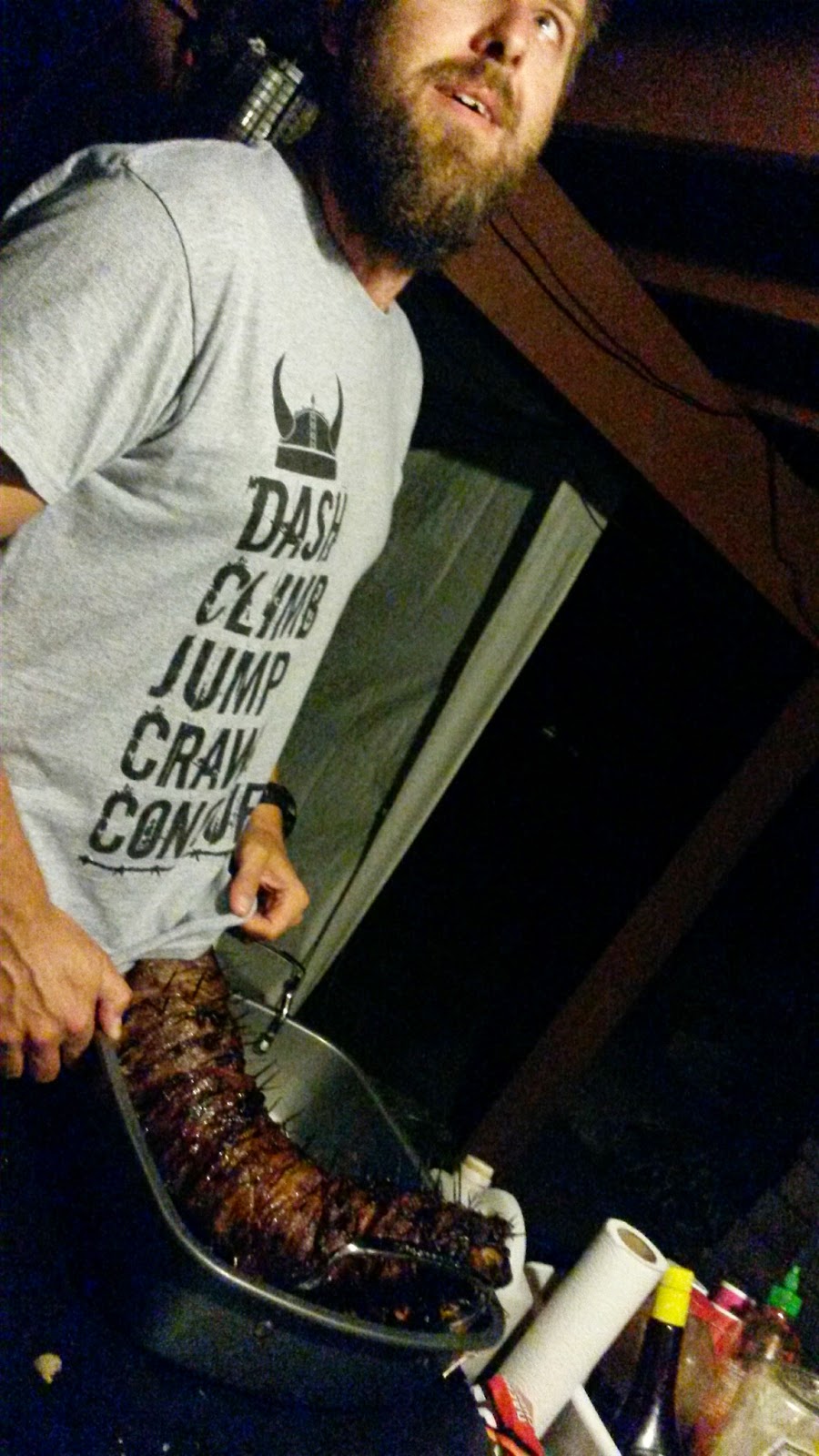 Yeah, Rosik's worm probably looks a lot like it does in this shot! 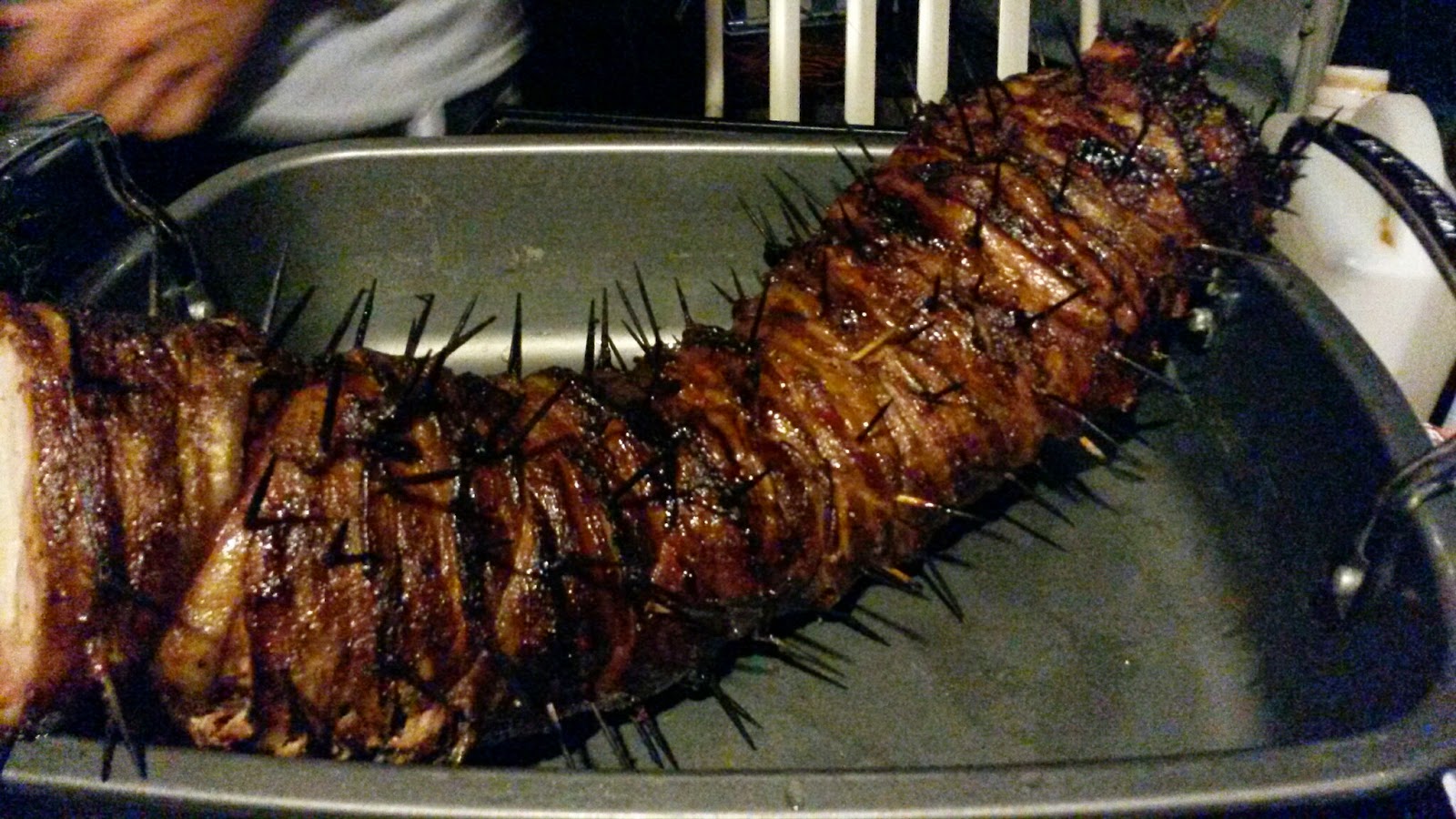 Look at all that nice crispy skin!!  Delicious!! 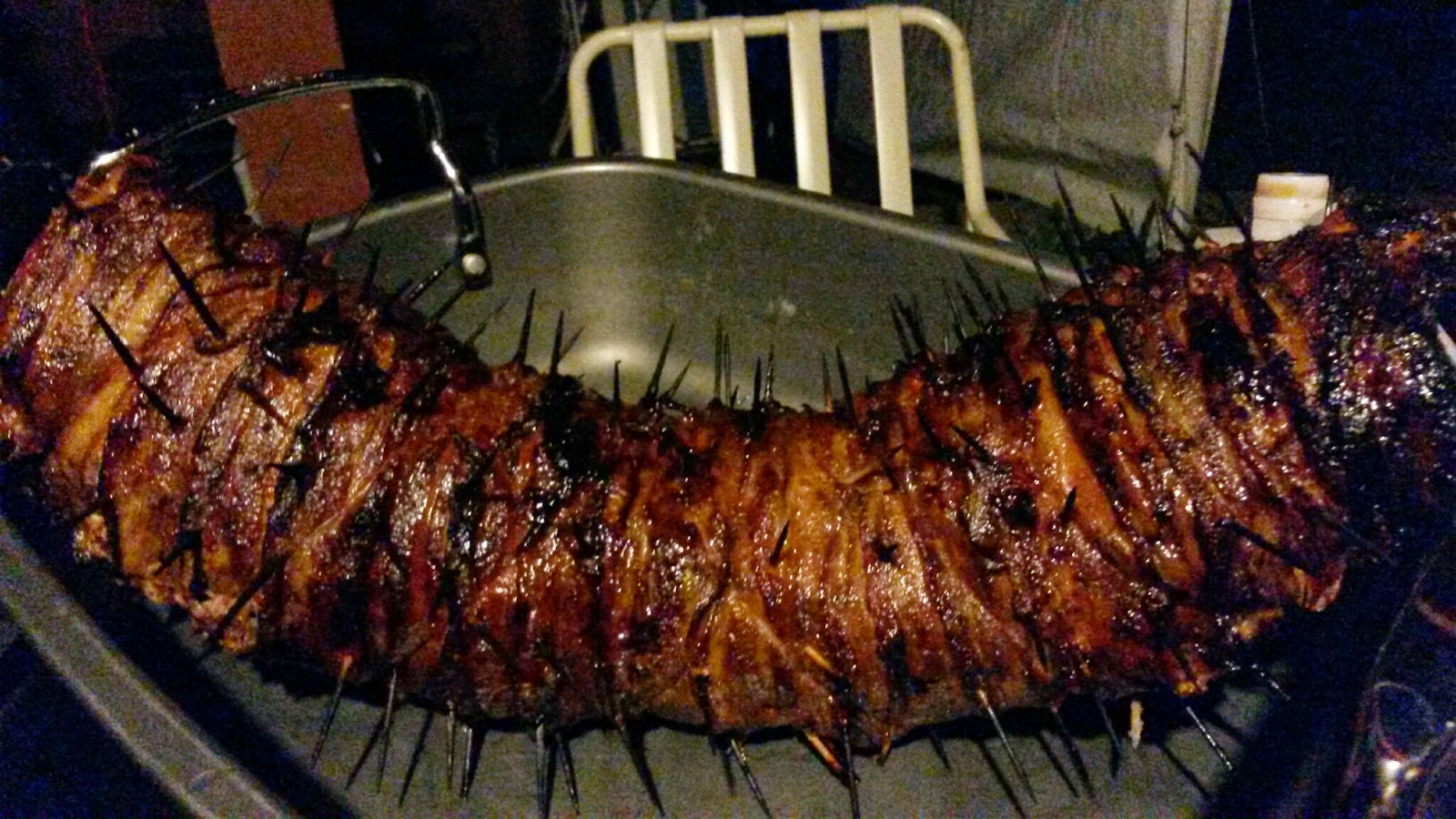 Presumably, the eyes got cooked off in the pig roaster, so...... 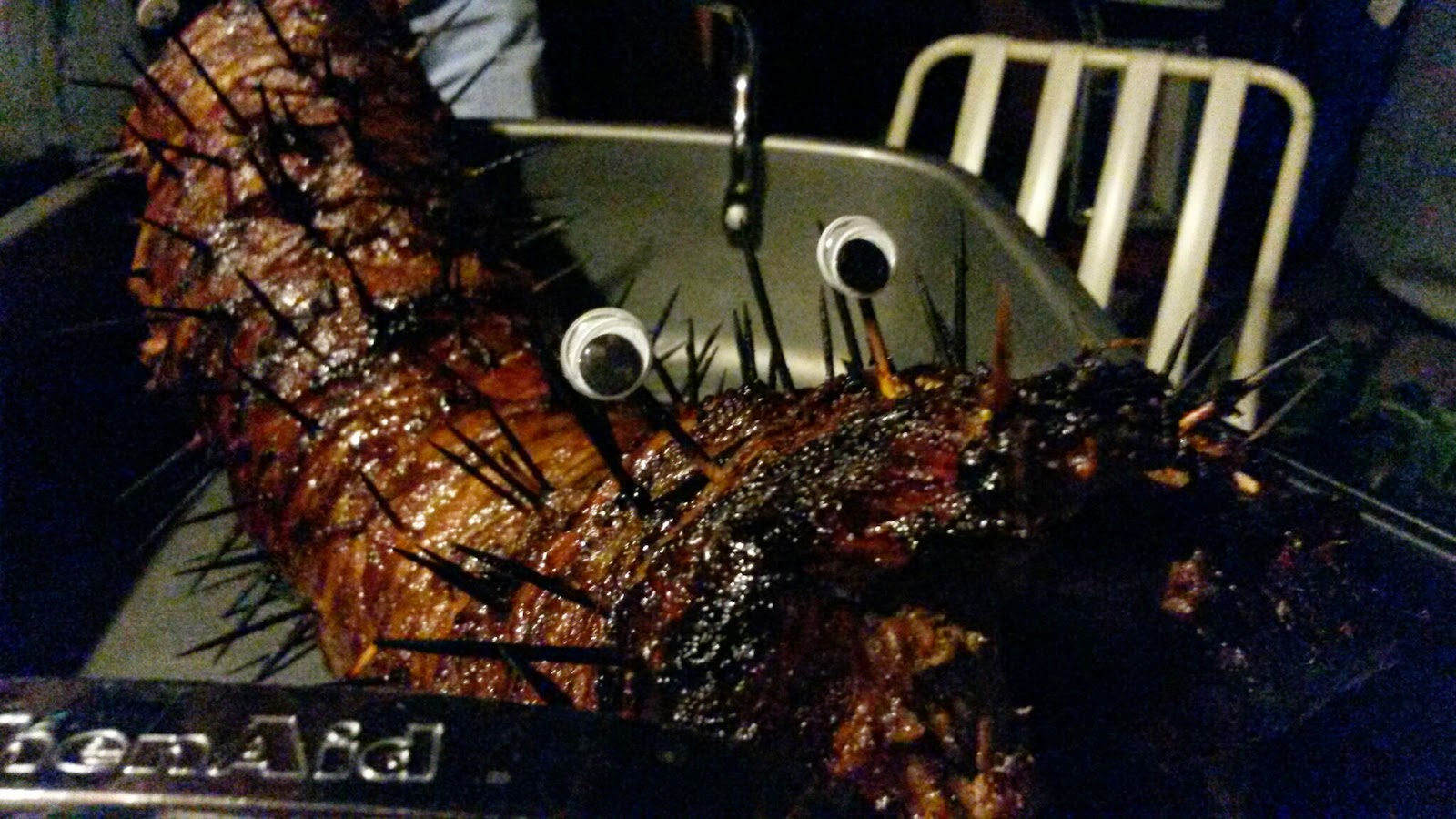 I put some googly eyes on it!! 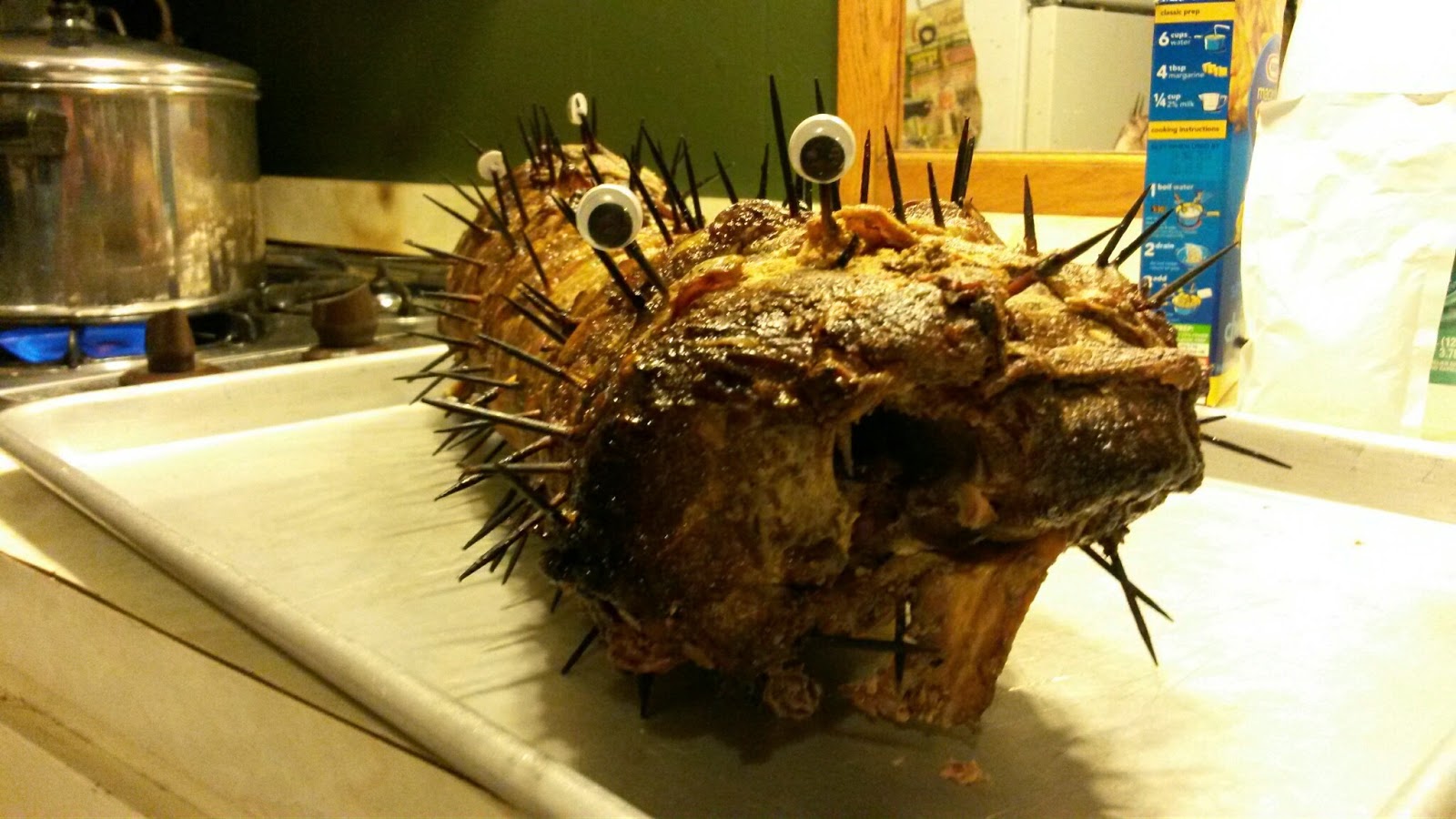 Look at that beast!  Magnificent! 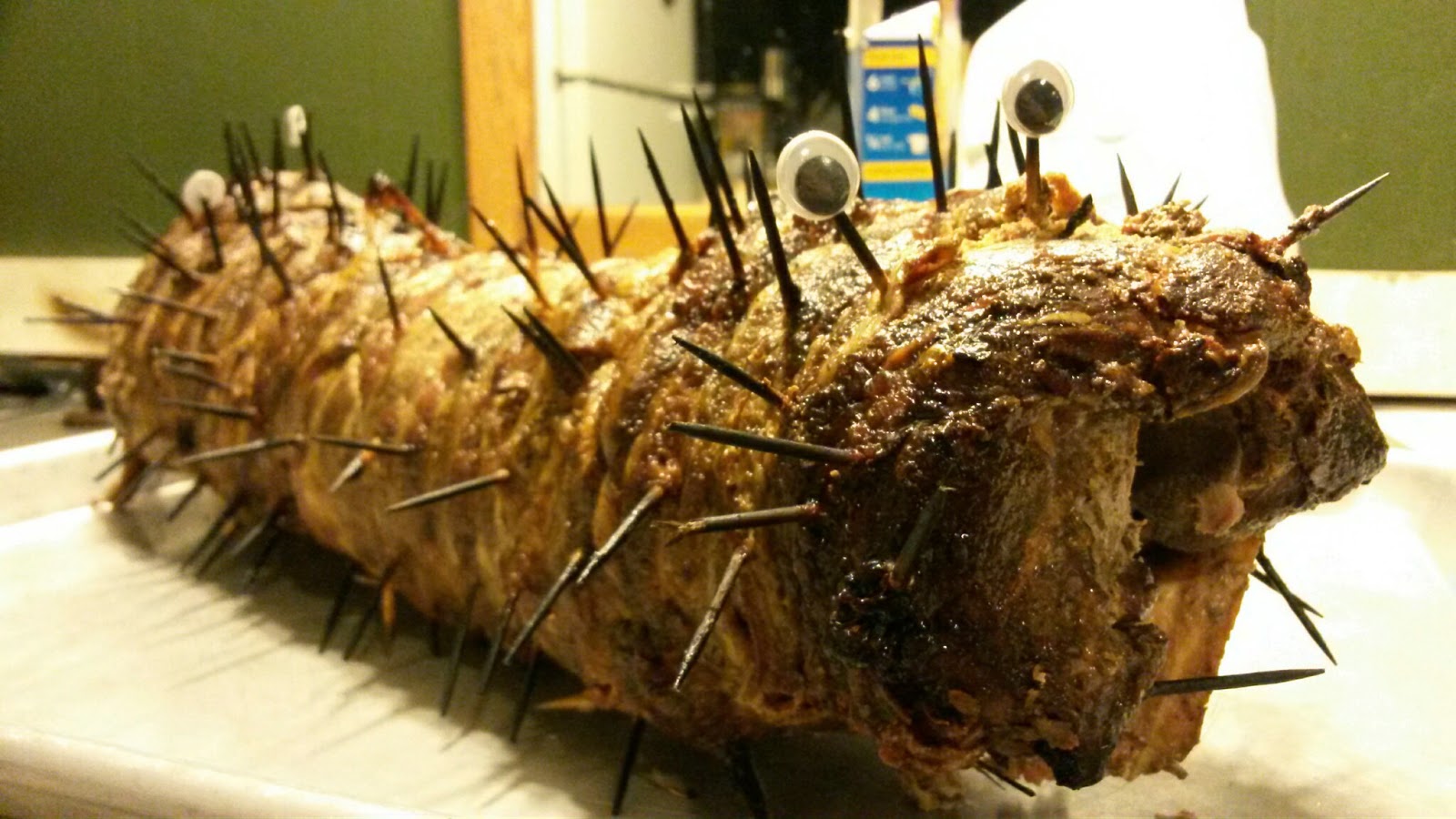 What's not to love?! 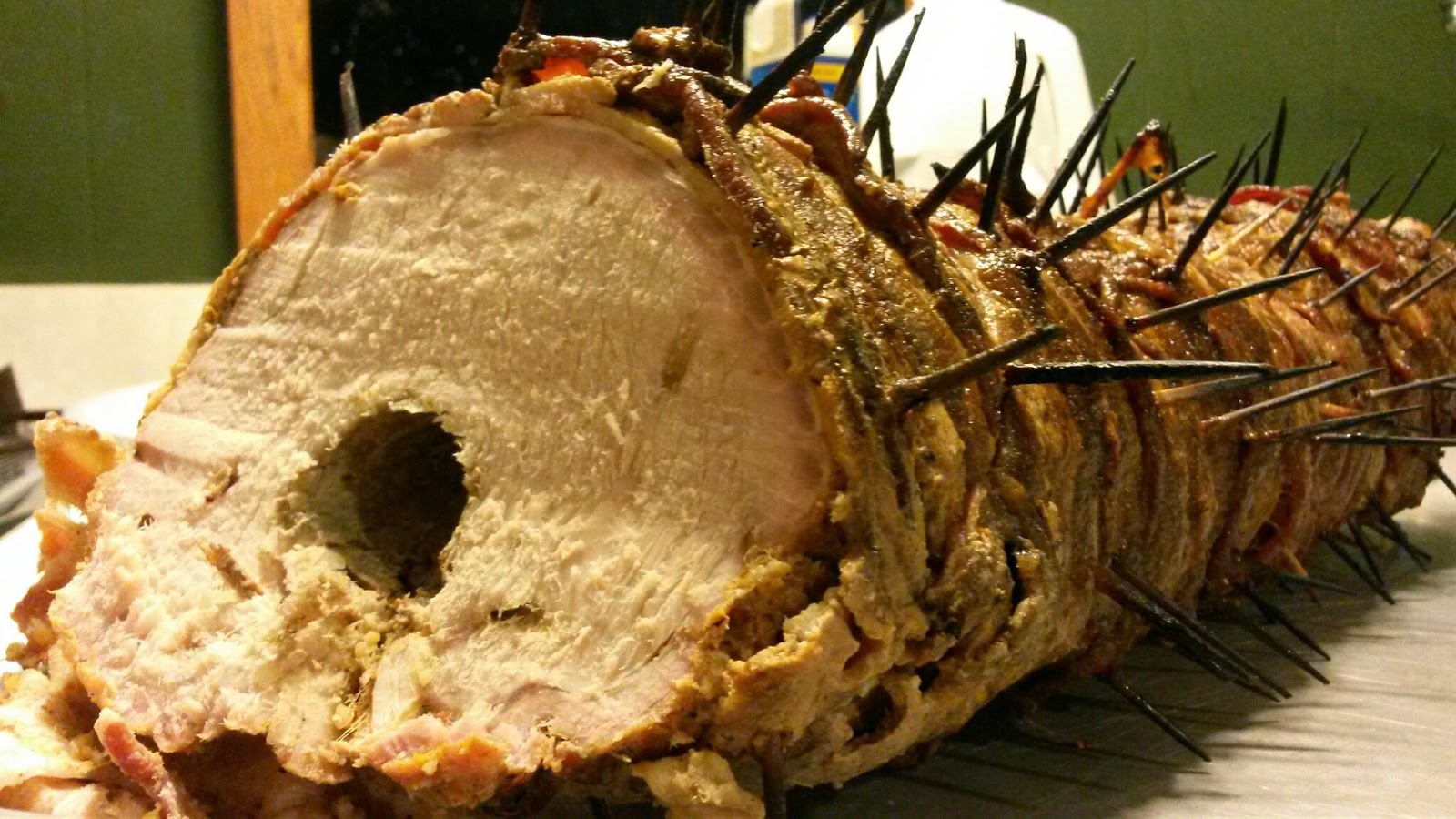 Time to chow down!! 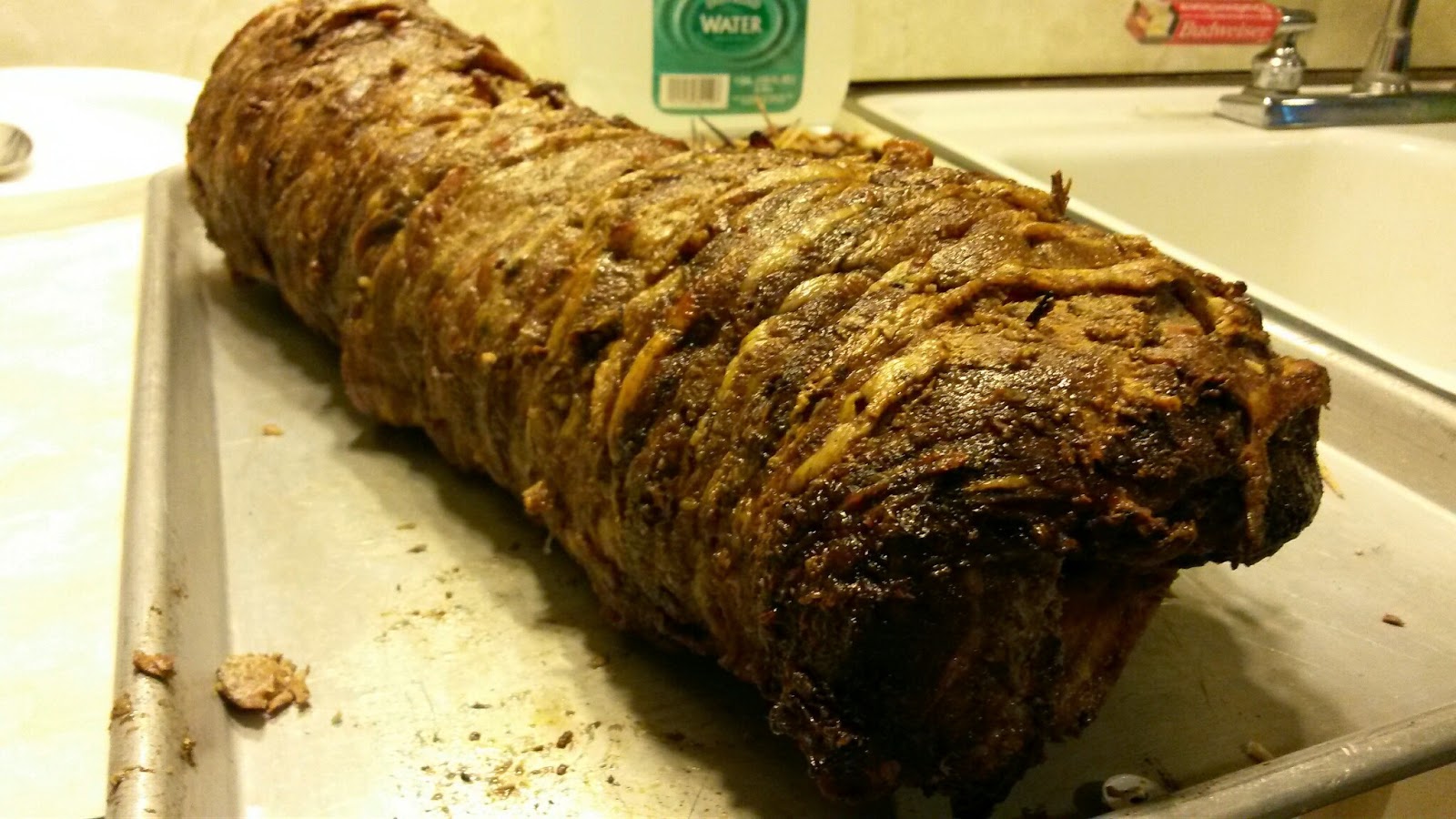 It took nearly half and hour and two beers to yank out all of its spiny thorns! 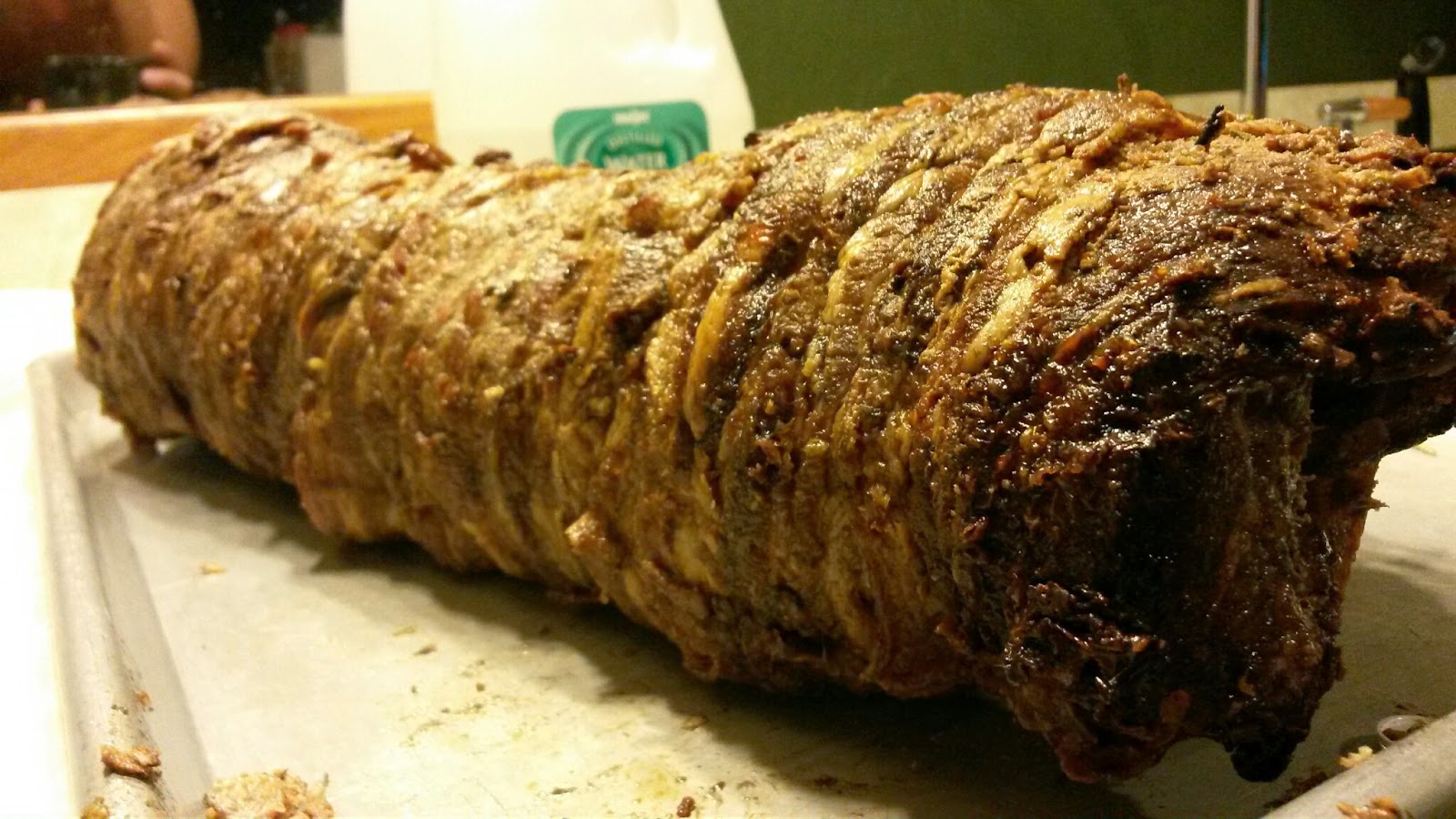 This beast was certainly damn tasty and a lot of fun eat!
The best part about it is that it's entirely boneless!!  WooHoo!
Perhaps, I'll go hunting and get another one for my Halloween party!!