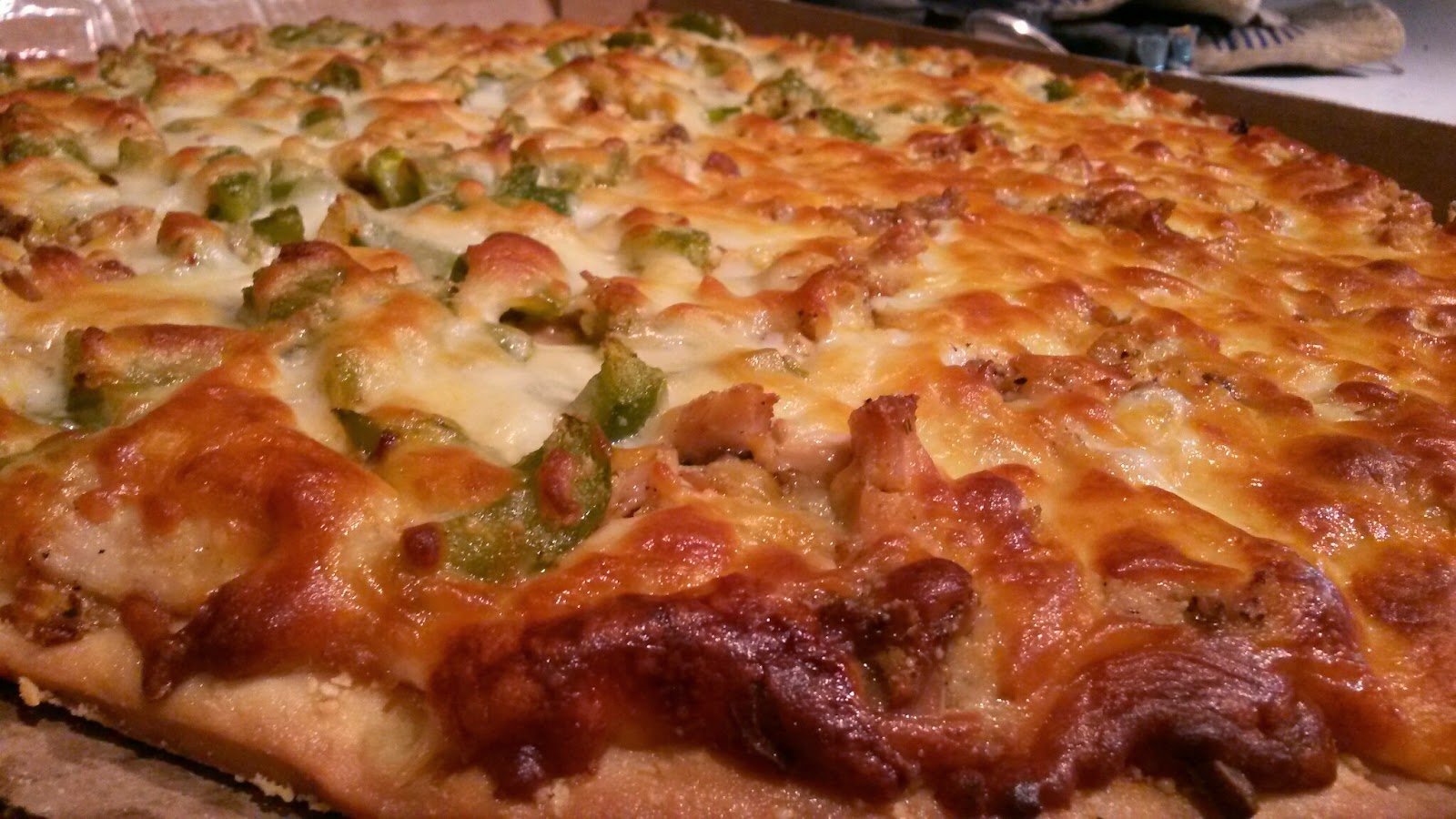 OMG!!!  Nothin' beats a bigass, bubblin'-hot pizza right outta the oven, especially when you're famished after a long day of GSD!!  Scope out the pie I whipped up the other night for BFC!!

Note:  Shift+click on any image to see it full-size in a new window! 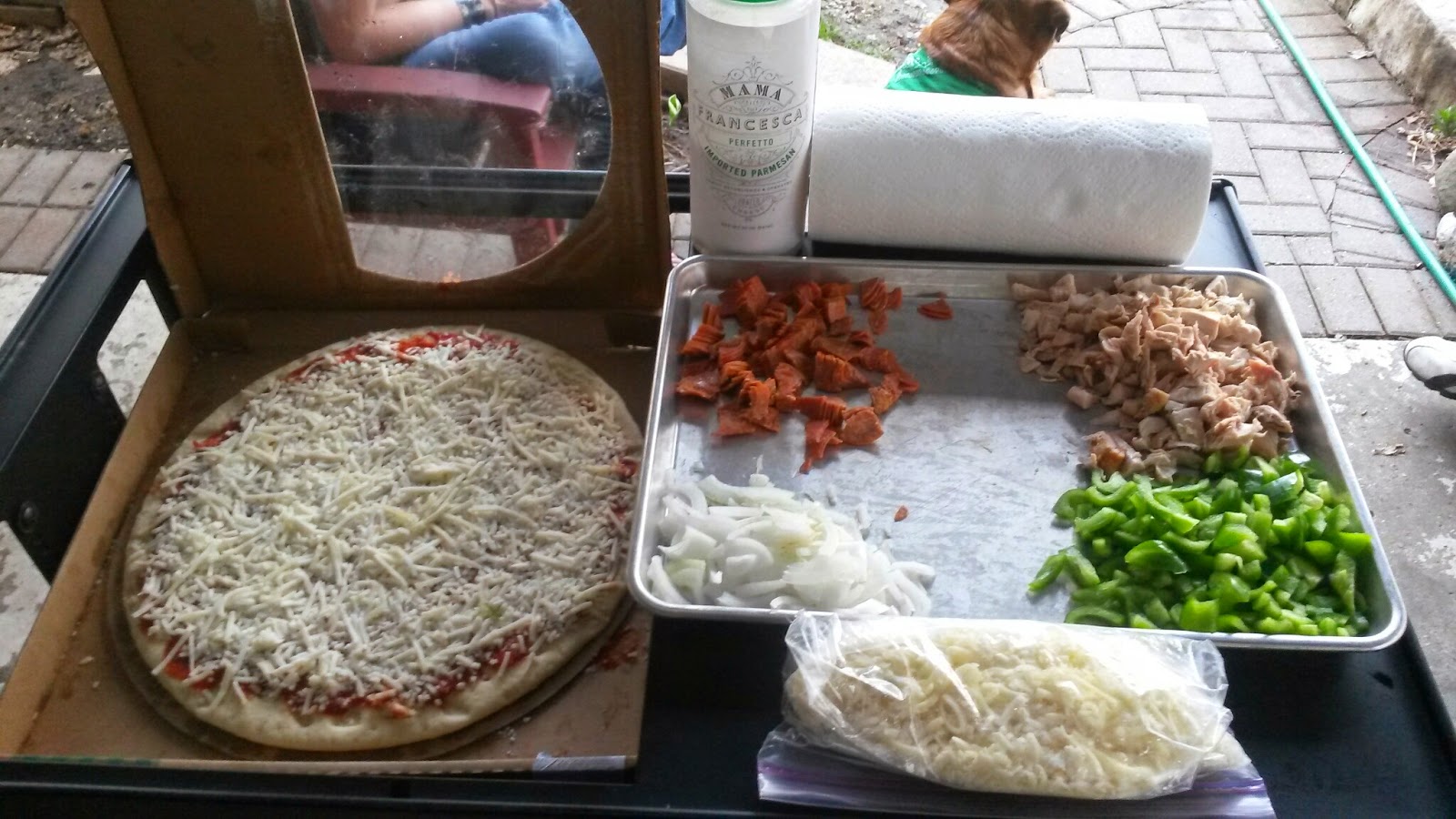 Get your shit together!! Tonight, we're makin' a homemade-ish pizza!!!
You're gonna need: One take-n-bake pepperoni pizza from Sam's, one Sam's Club rotisserie chicken, some onion, a green pepper, parmesan, and a half-lb of mozz/asiago/parm/romano shredded blend!
First, yank all the 'roni off of the pizza & dice it!  Chop up the pepper & onions, then get to rippin' the meat off that chicken!  Don't forget to hydrate as you work! :) 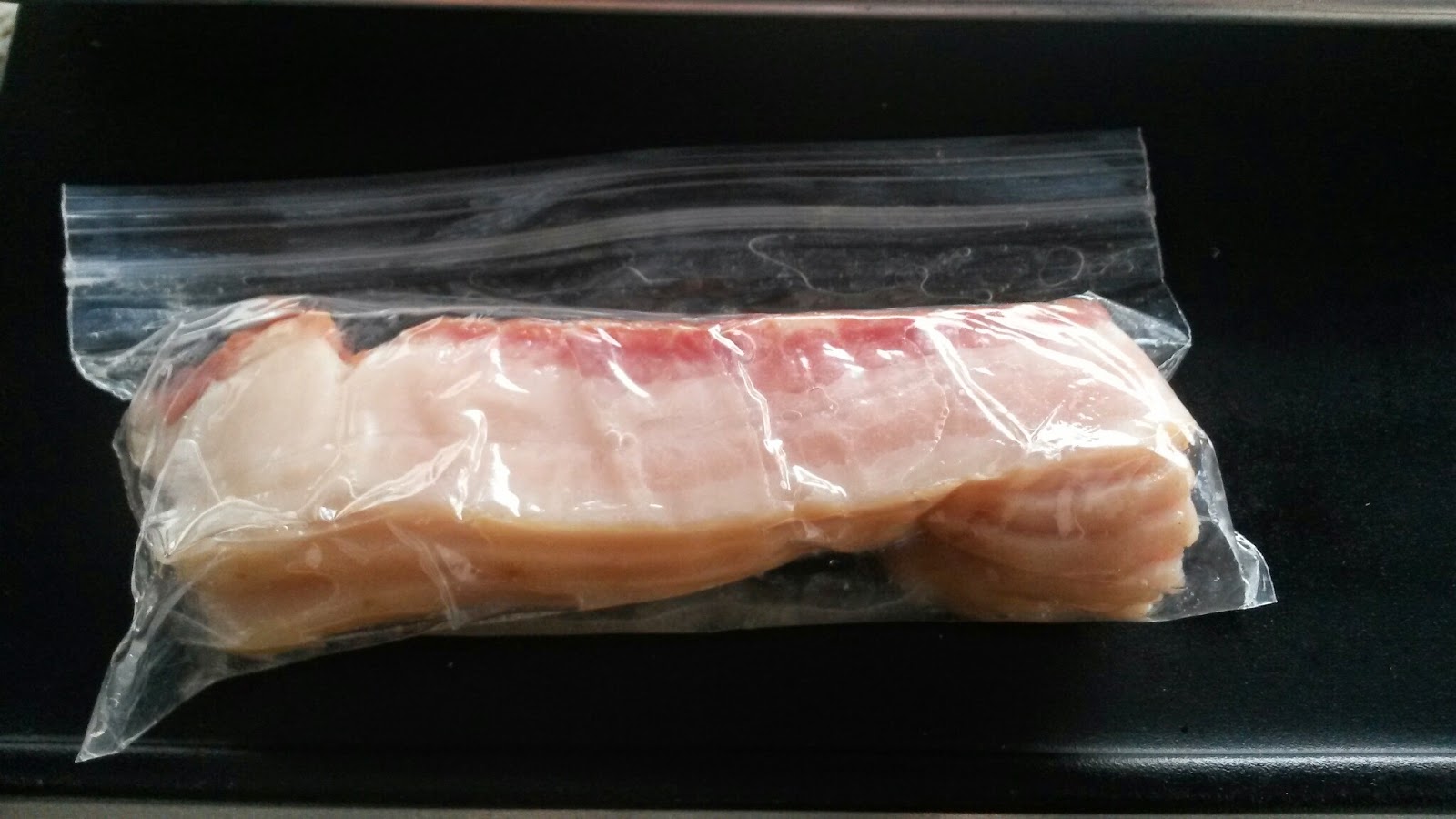 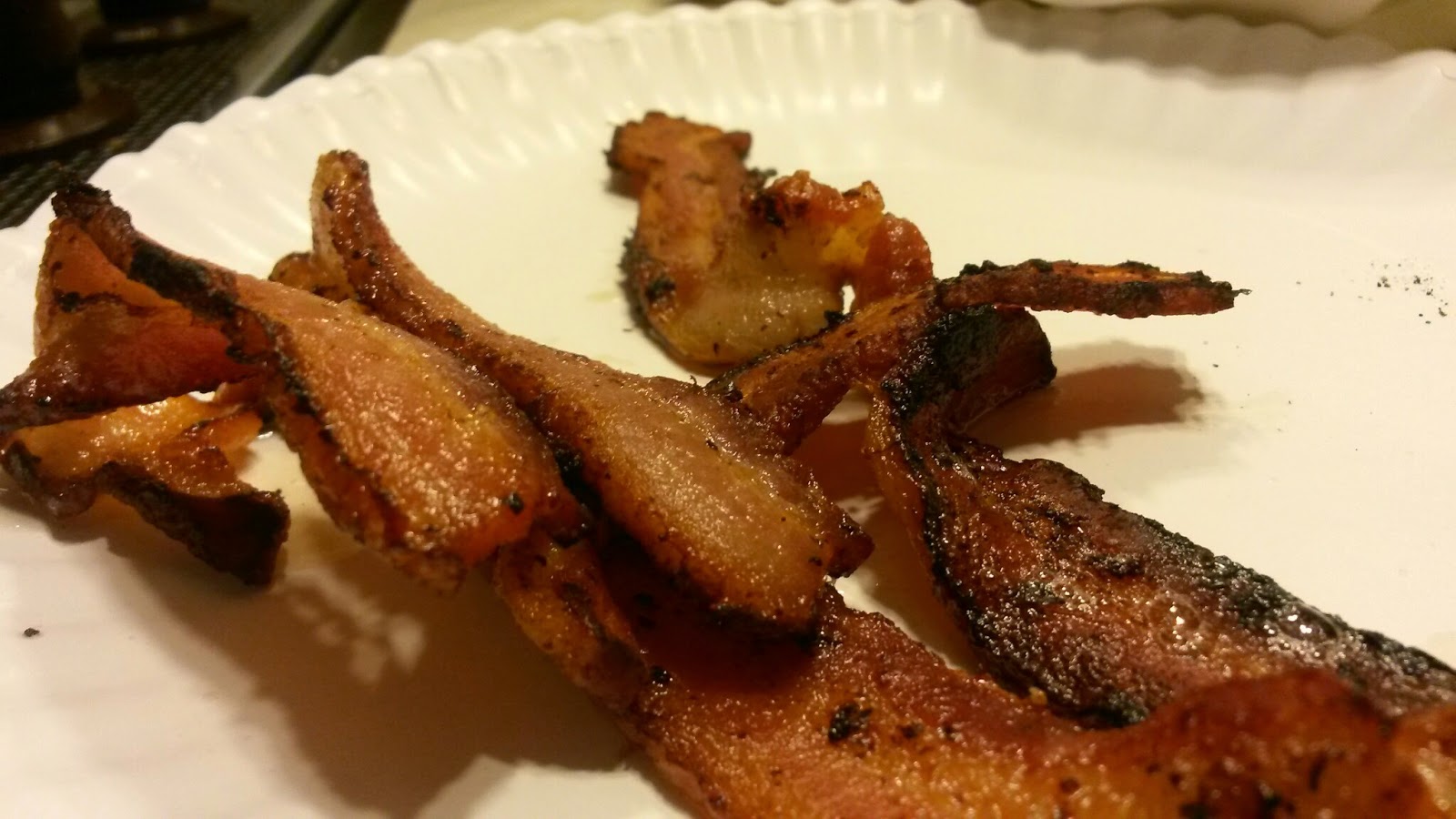 Cook up that bacon first, but don't ditch the drippings!
Rough-cut that bacon when it's done, yo! 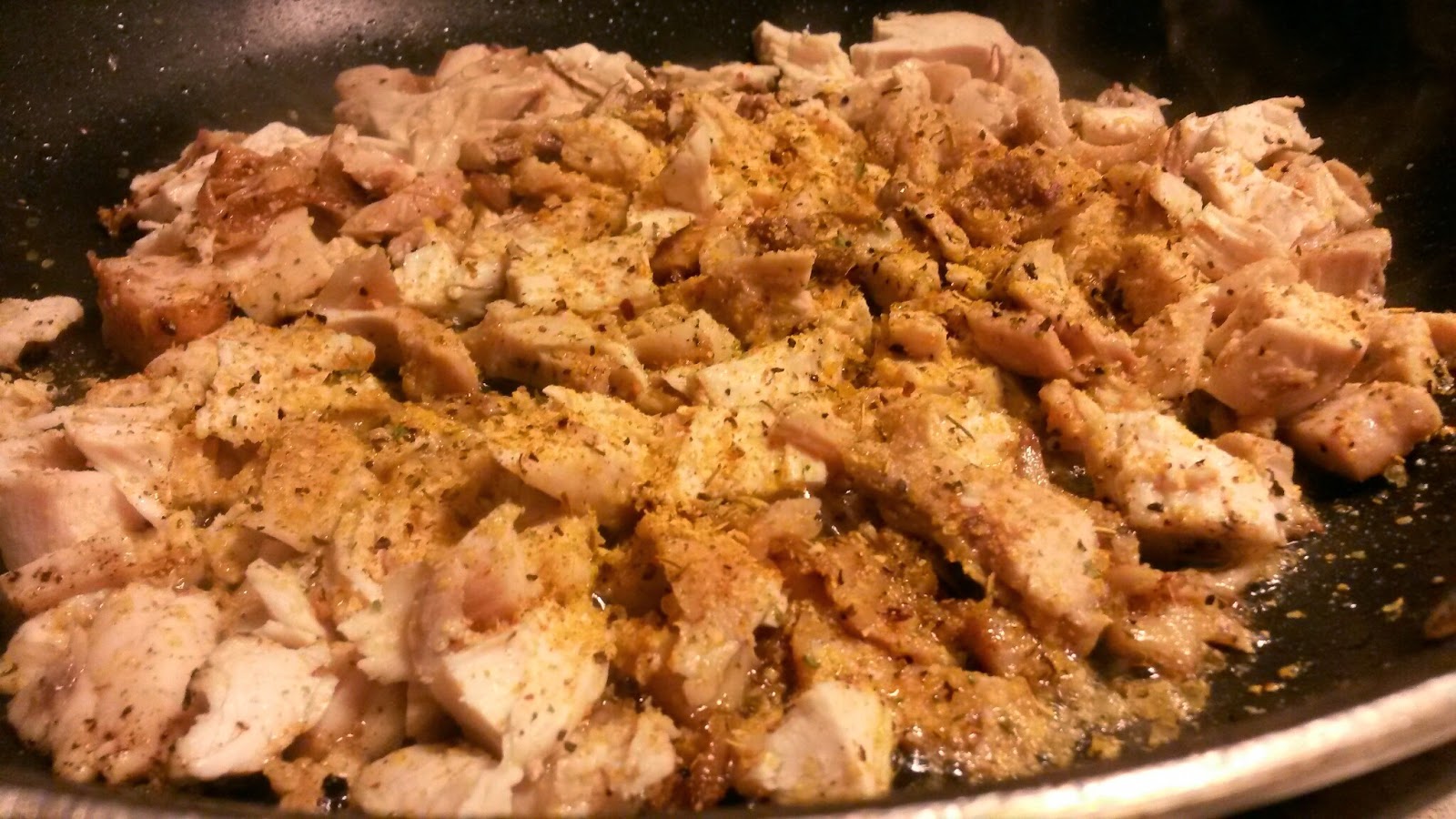 Now, toss a lb or so of chicken in the bacon fat and add some garlic & herb seasoning!
For those of you balking at the thought of doing this.... you shouldn't be eating pizza if you're trying to be healthy!  :)

I *love* this stuff!!  I use it on everything!
(Please note! Clicking on an Amazon ad in my blog will give me a small kickback if you end up buying something! Thanks!!! ) 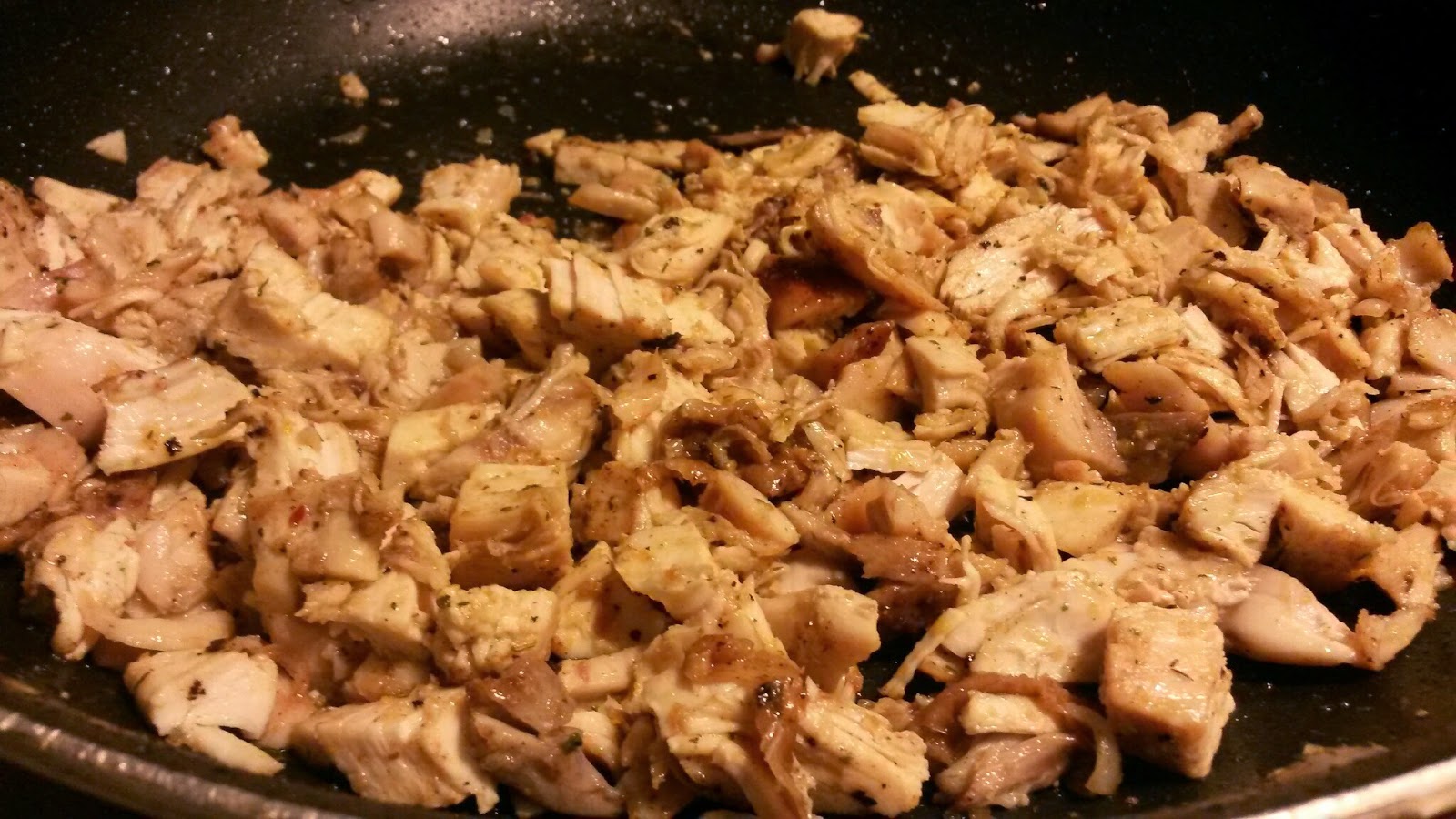 Stir it up and get it sizzlin! 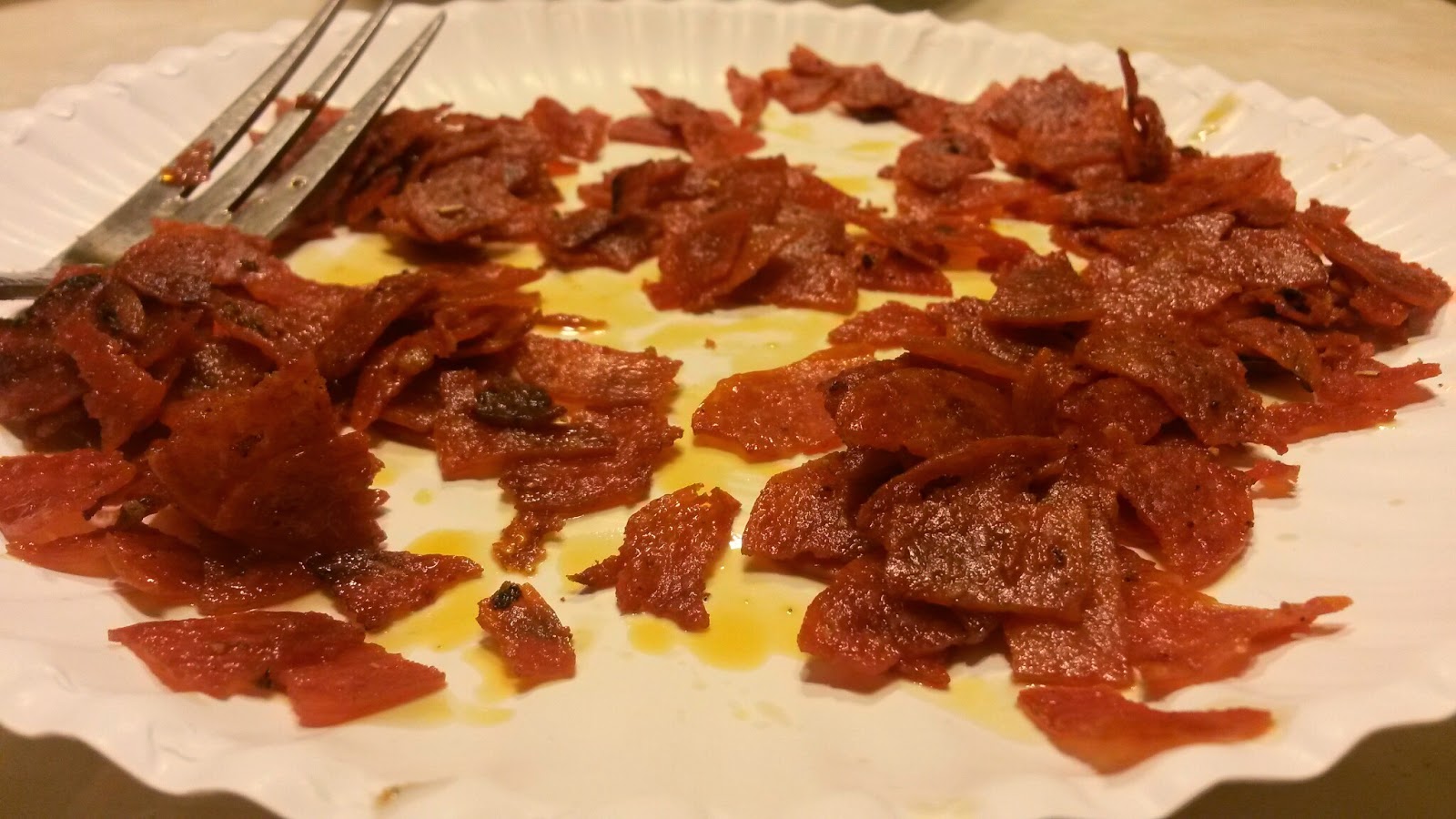 Cook up that pepperoni and set it aside!
Hang on to the drippings... 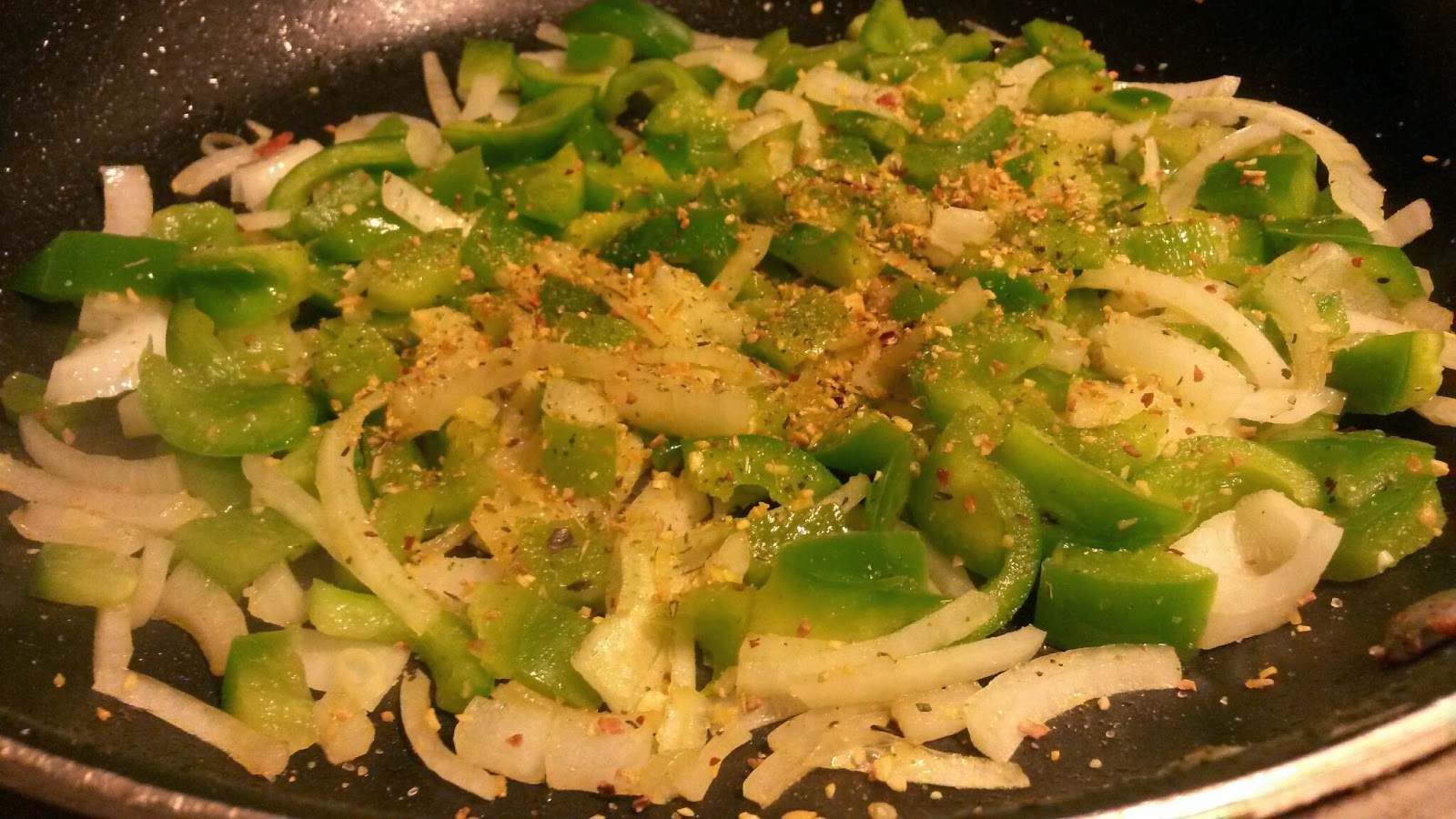 ...so that you can saute up the peppers & onion to make the love happen! 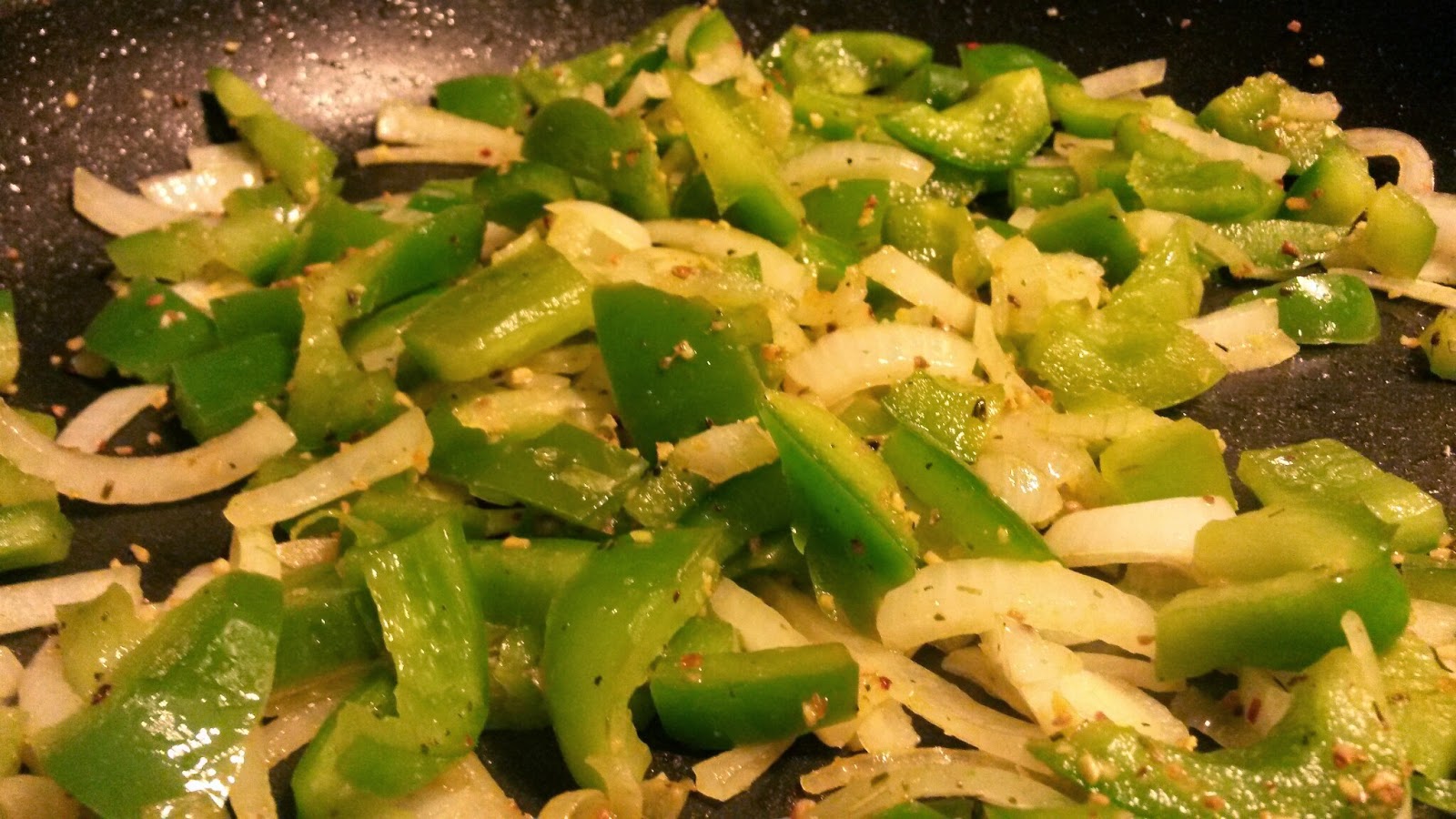 Be carefs, yo!  Don't over-do them!  In fact, it's better to have them under-done bec they will finish up in the oven! 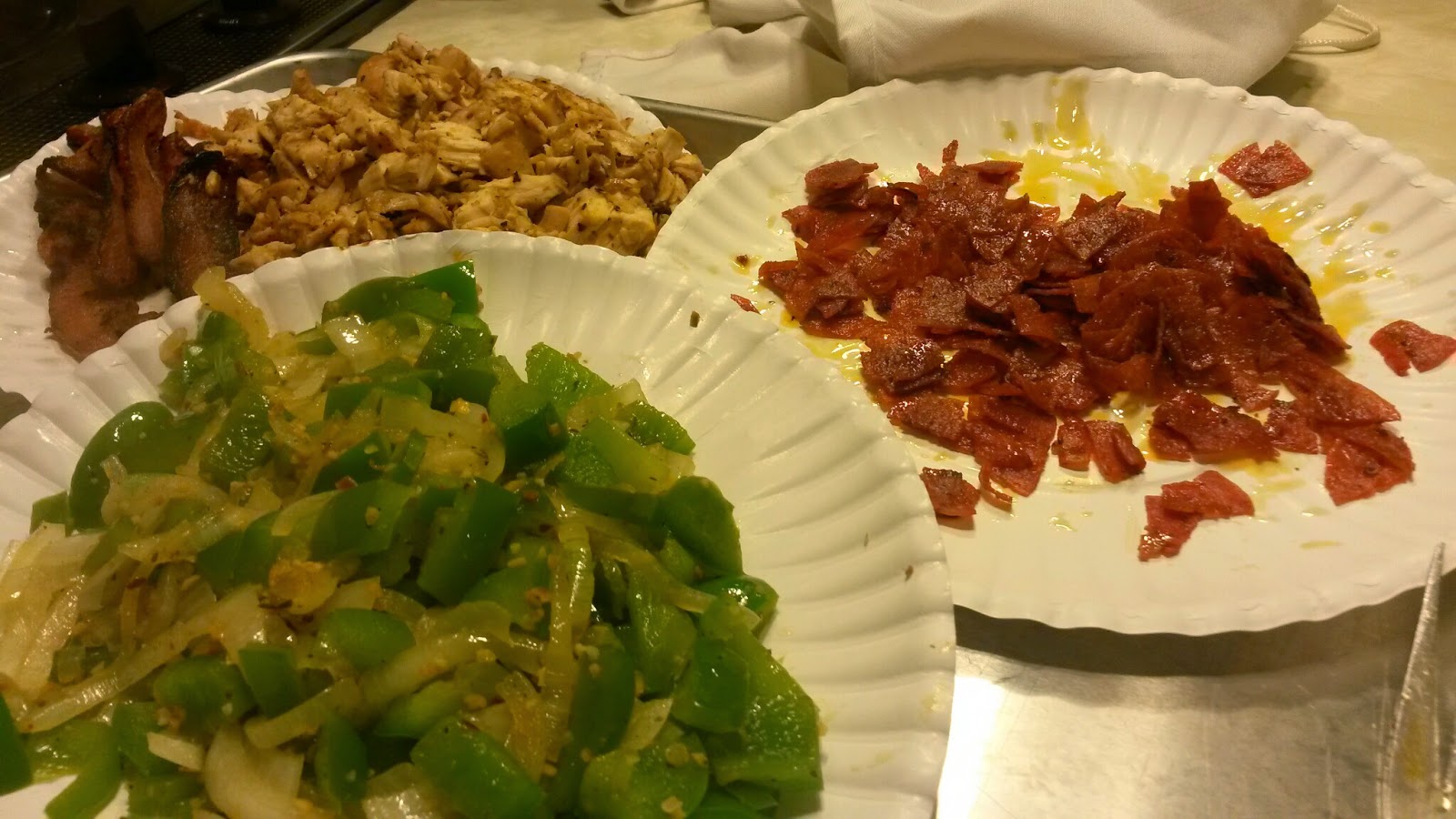 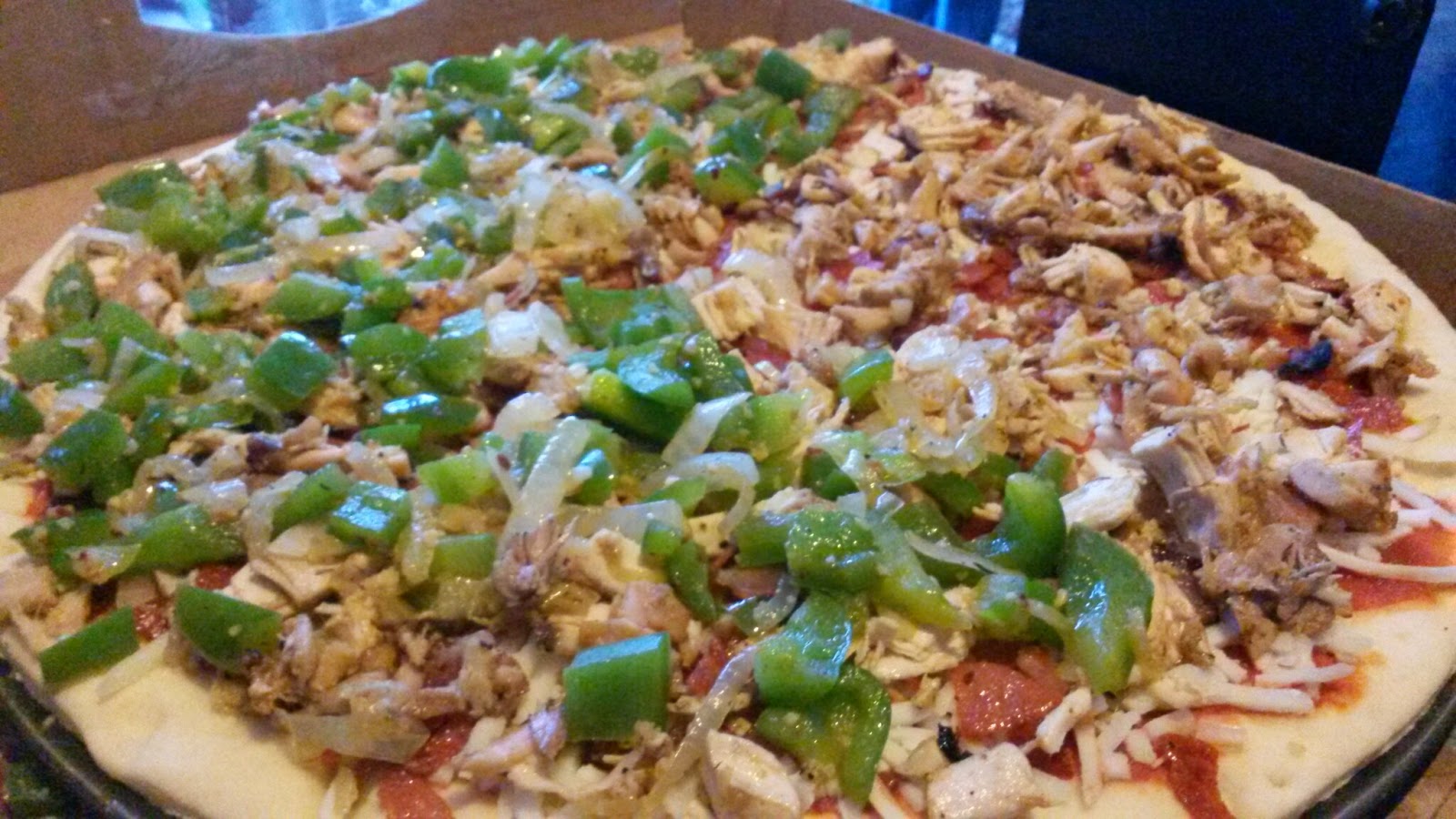 The BFC Crew was out back hangin' out playing Can Jam while I whipped up the pie! 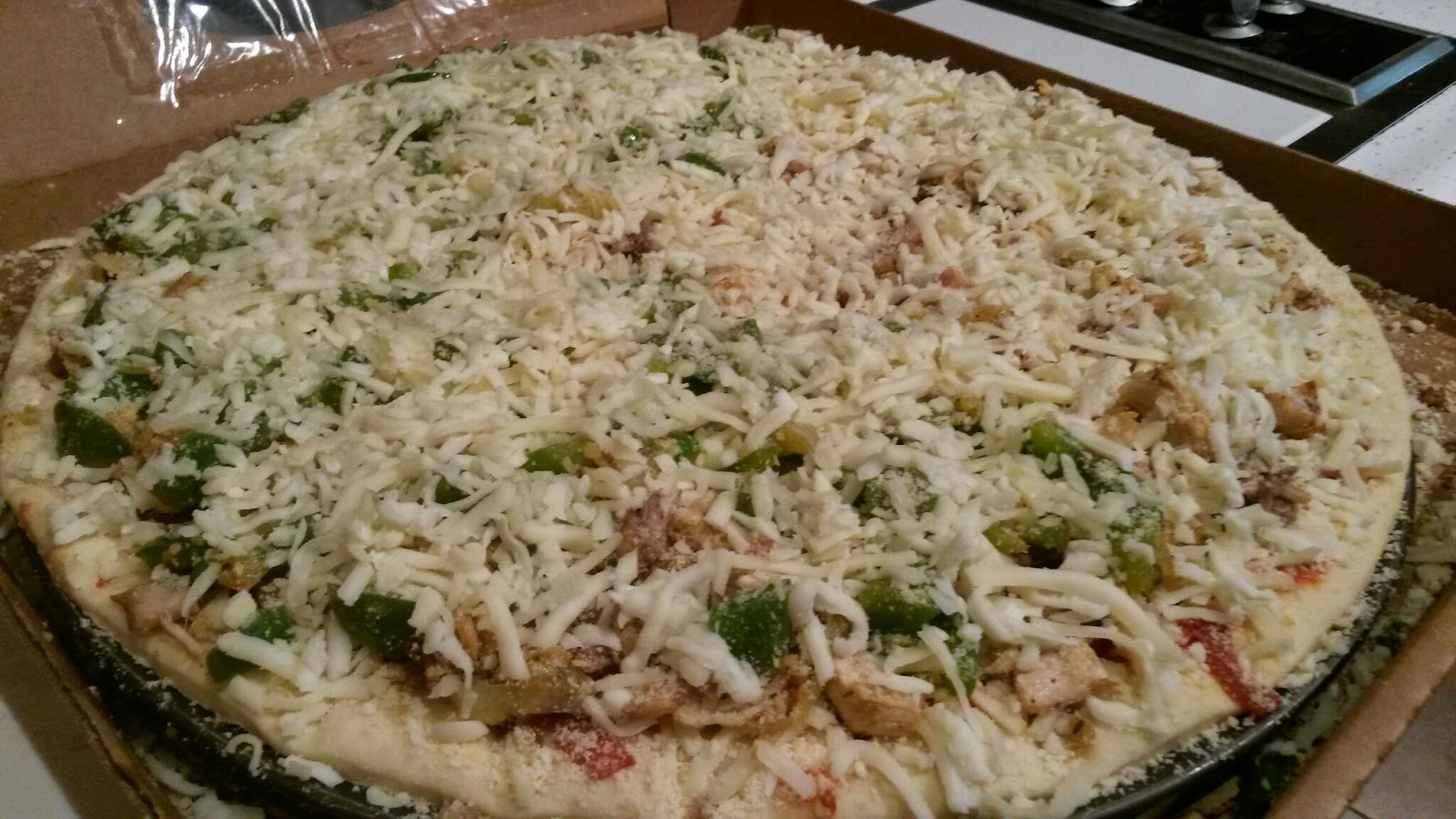 After chucking all of the toppings on, hit it hard w/ some grated parmesan! 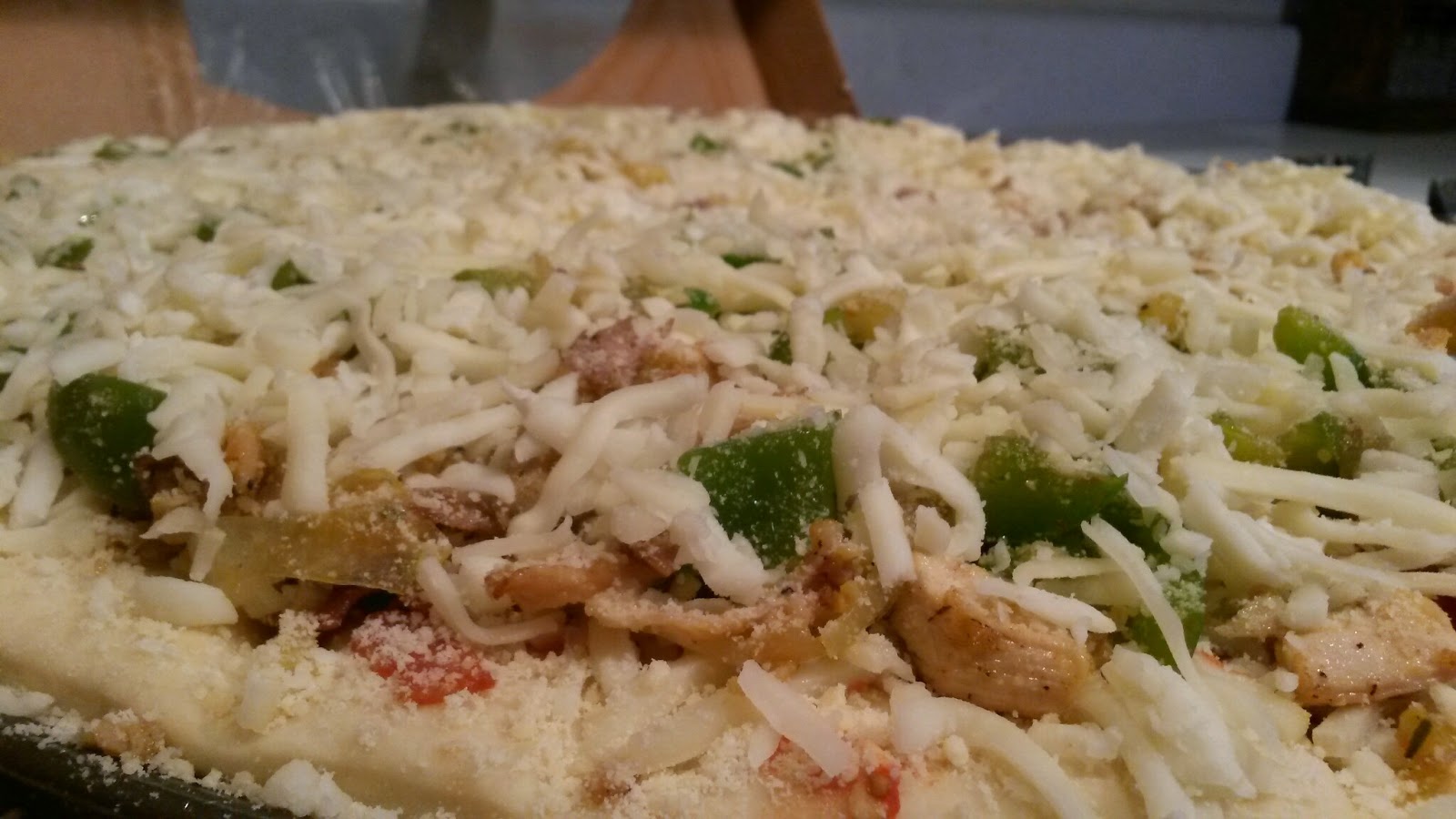 Only thing left to do is toss another half a pound of a mozzarella blend on top!
You did pre-heat the oven, right?!? 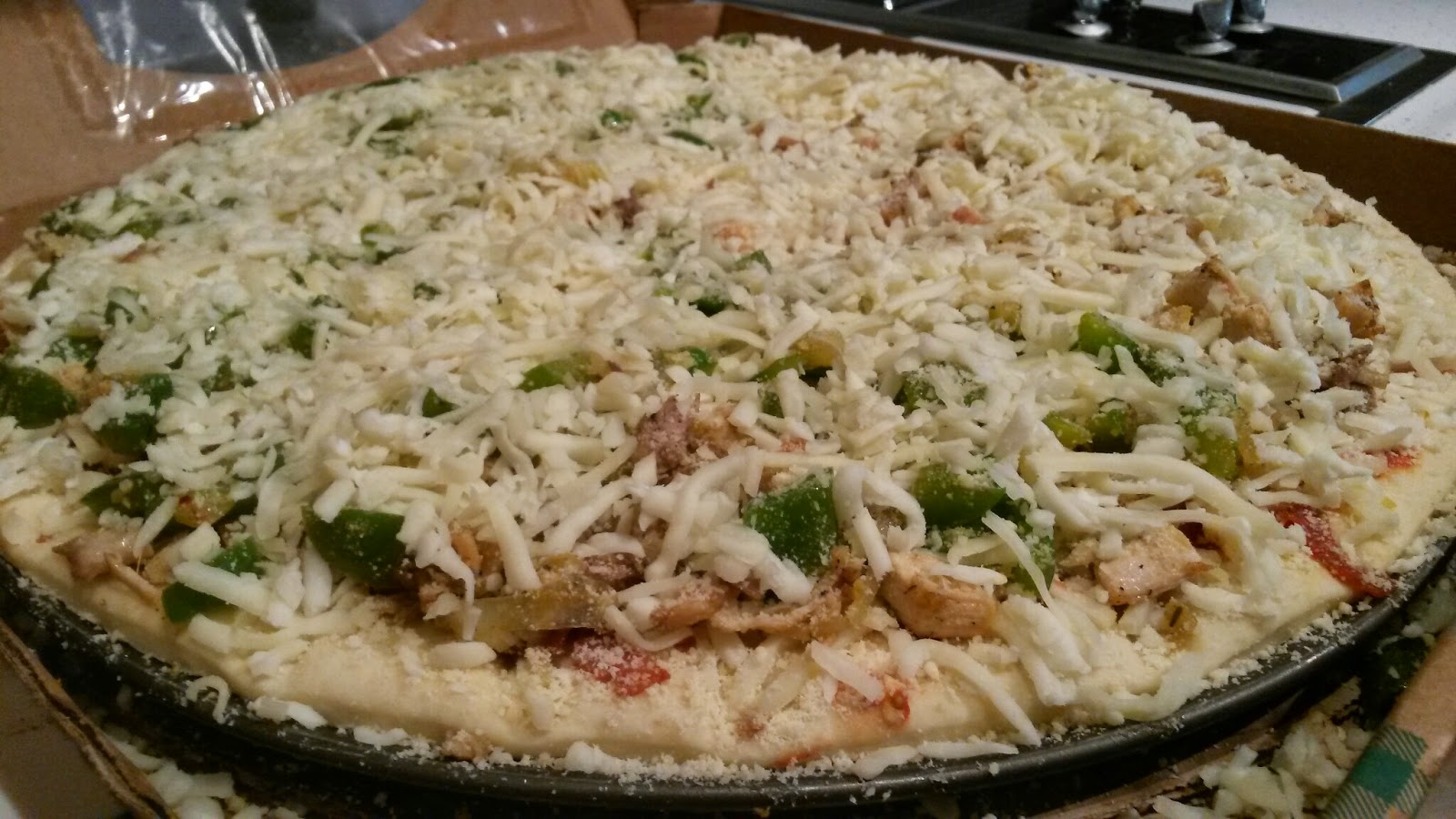 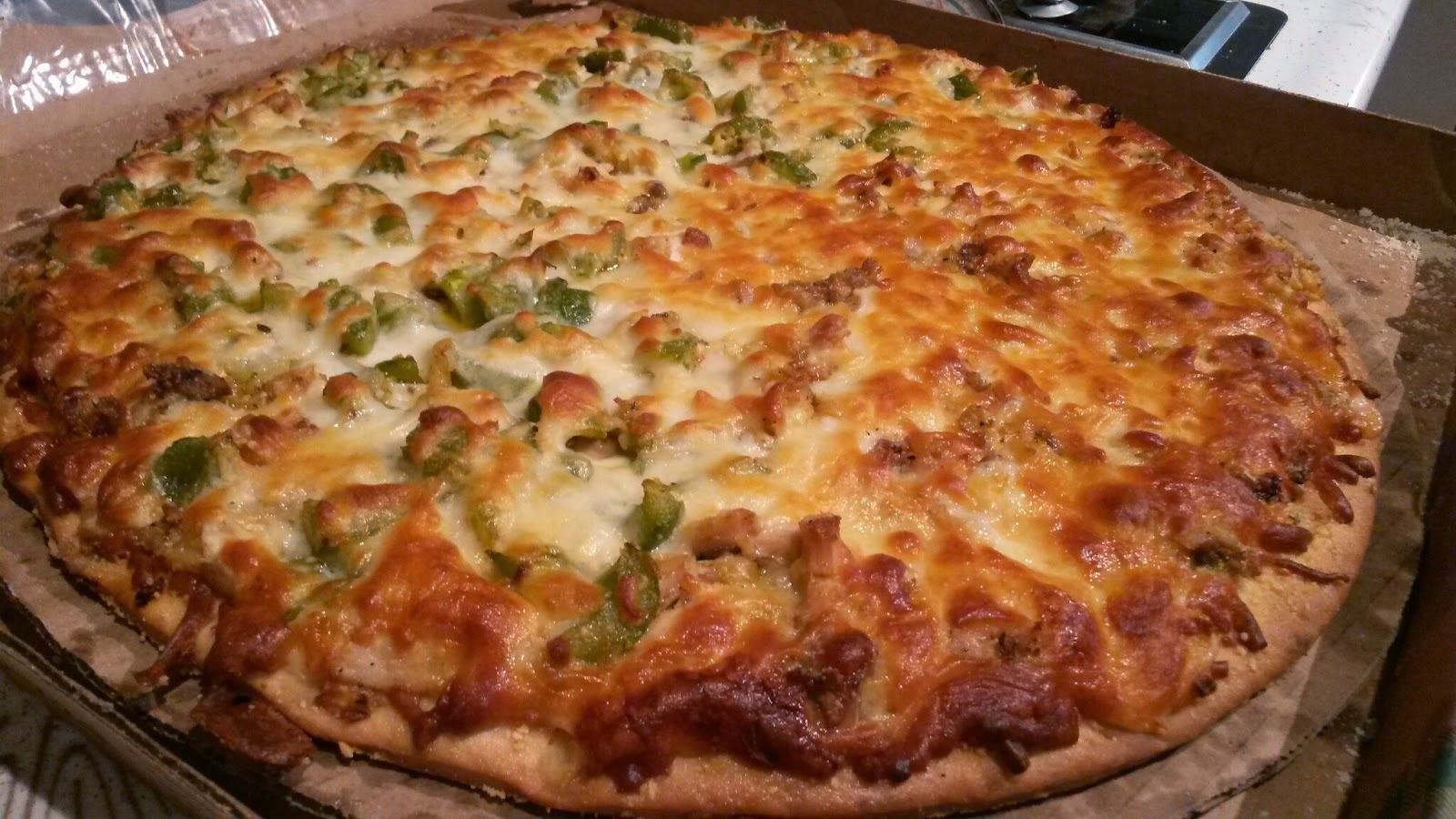 Look at all that ooey-gooey real estate! 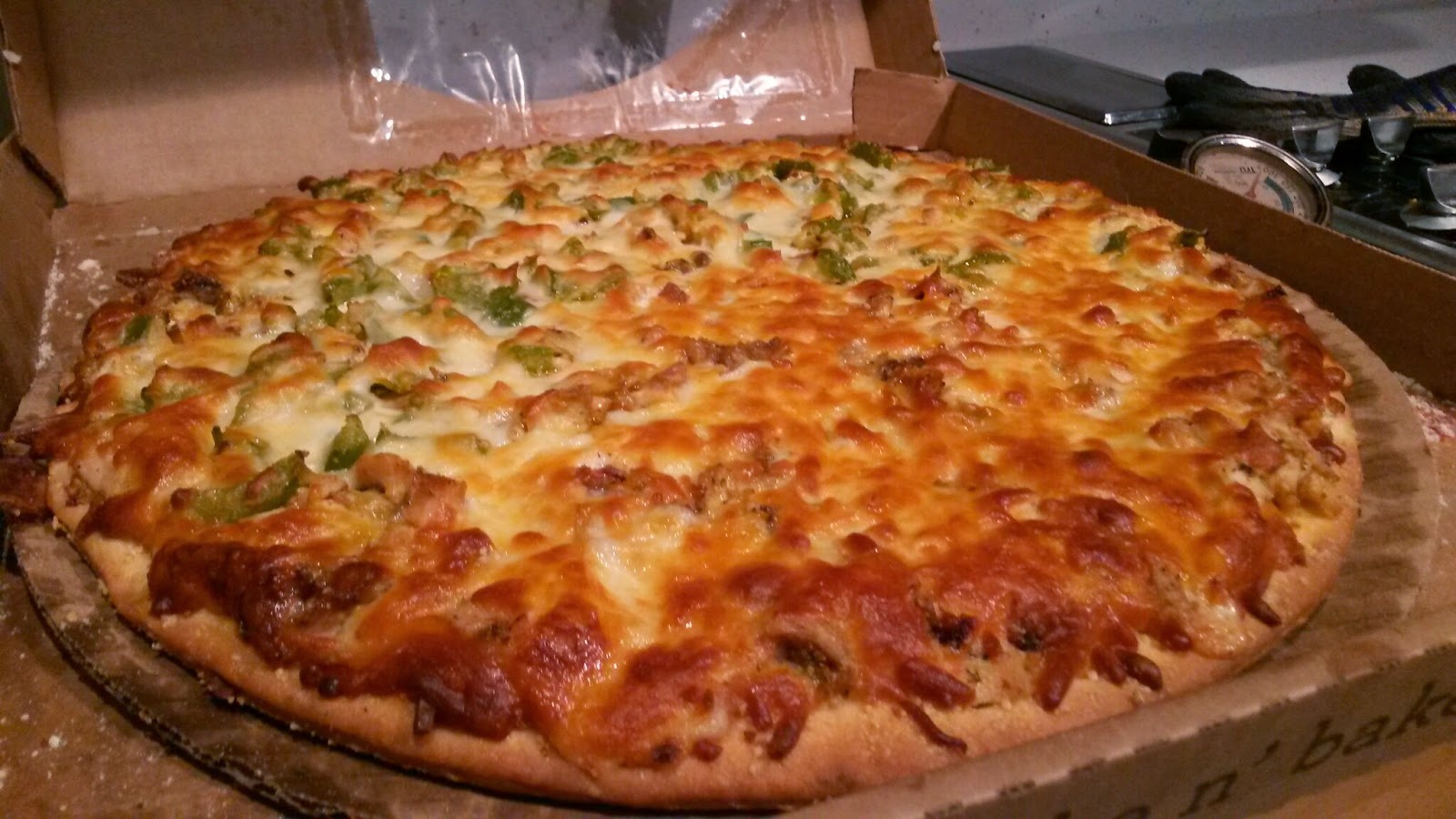 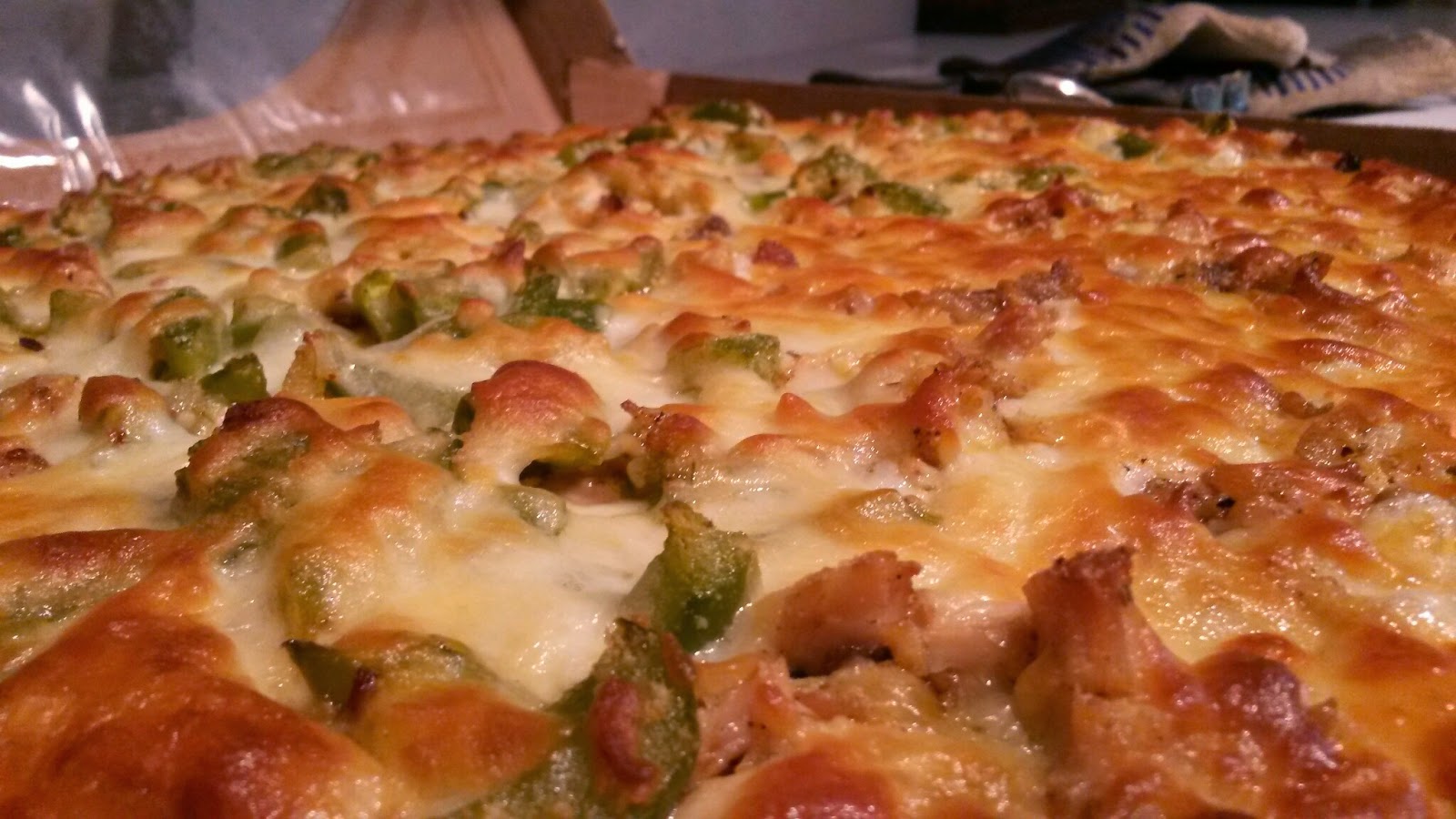 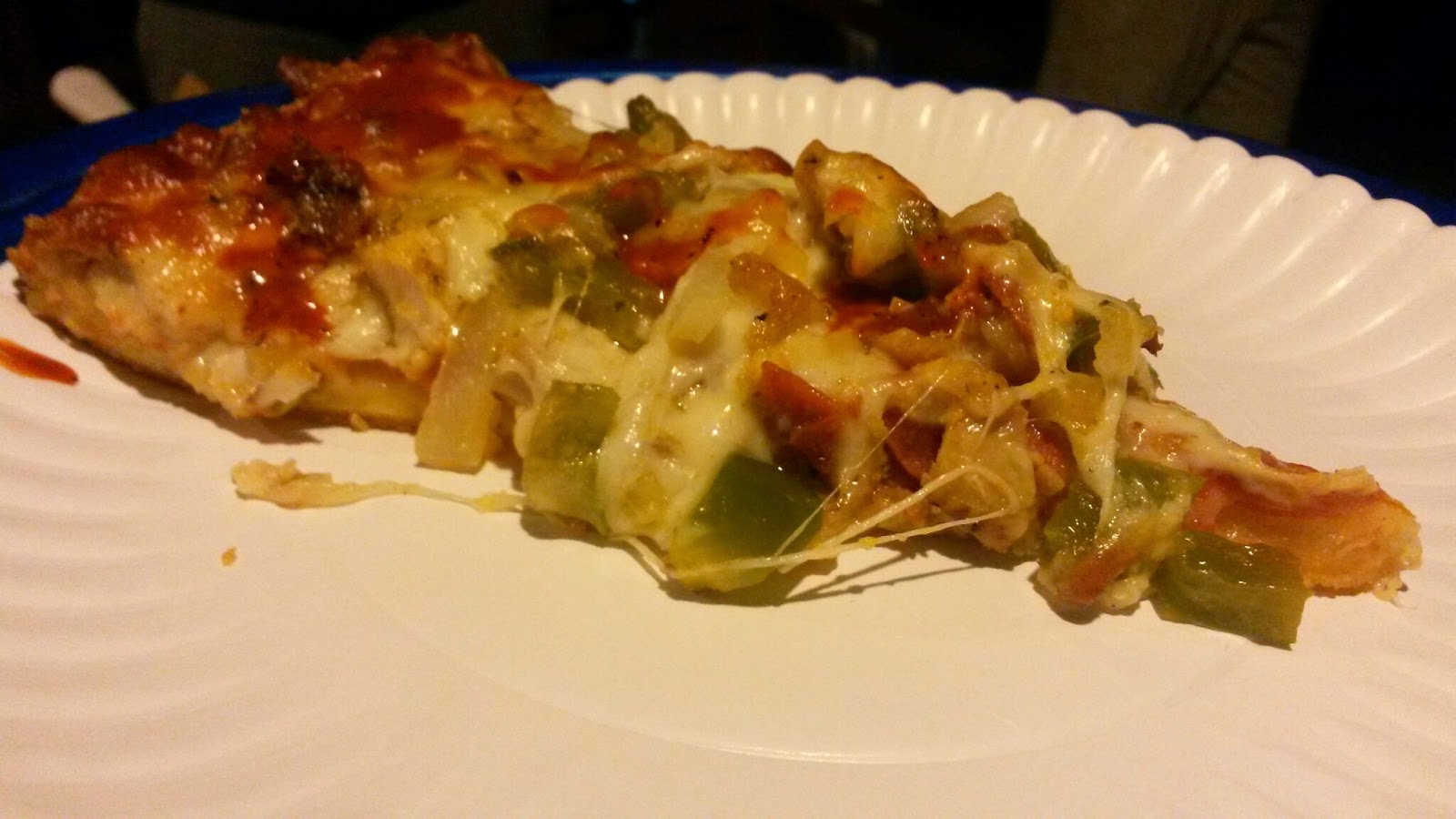 Of that whole pizza, I only got one small piece!
The BFC Crew was hungry this evening! 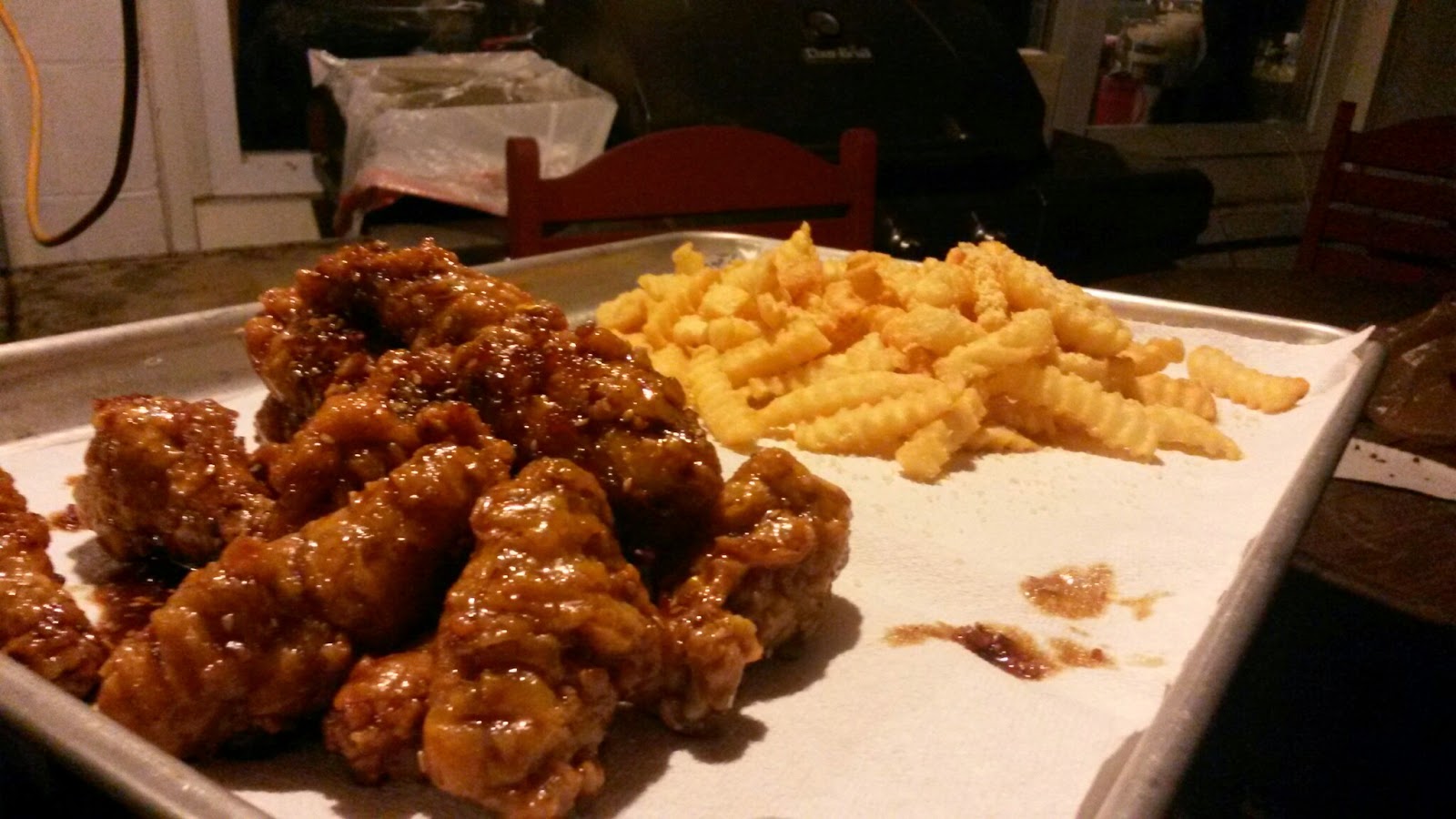 So, it's a good thing that I fired up the fryer and made some teriyaki wings and parmesan crinkle-cut fries! 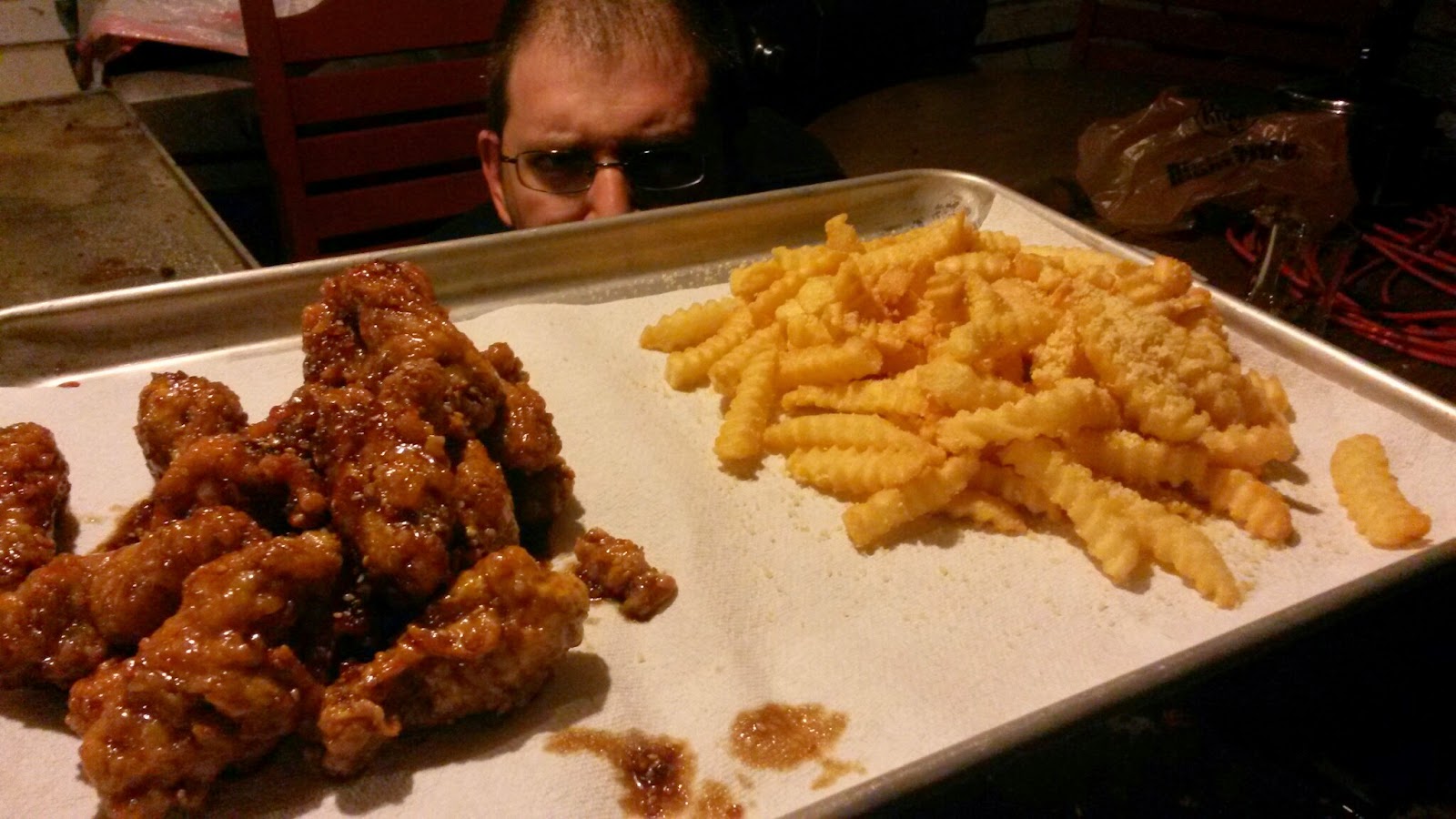 Guba couldn't wait to pounce on these babies!  :)

So!  If you want a damn fine pizza that feeds 6 people that doesn't cost a fortune, then you should get yourself a take-n-bake from Sam's and kick it up a notch!  I certainly got no complaints!
In fact, Guba shot me a note the next day letting me know that this had been the best pie he'd ever had!
How friggin' cool is that?! :D