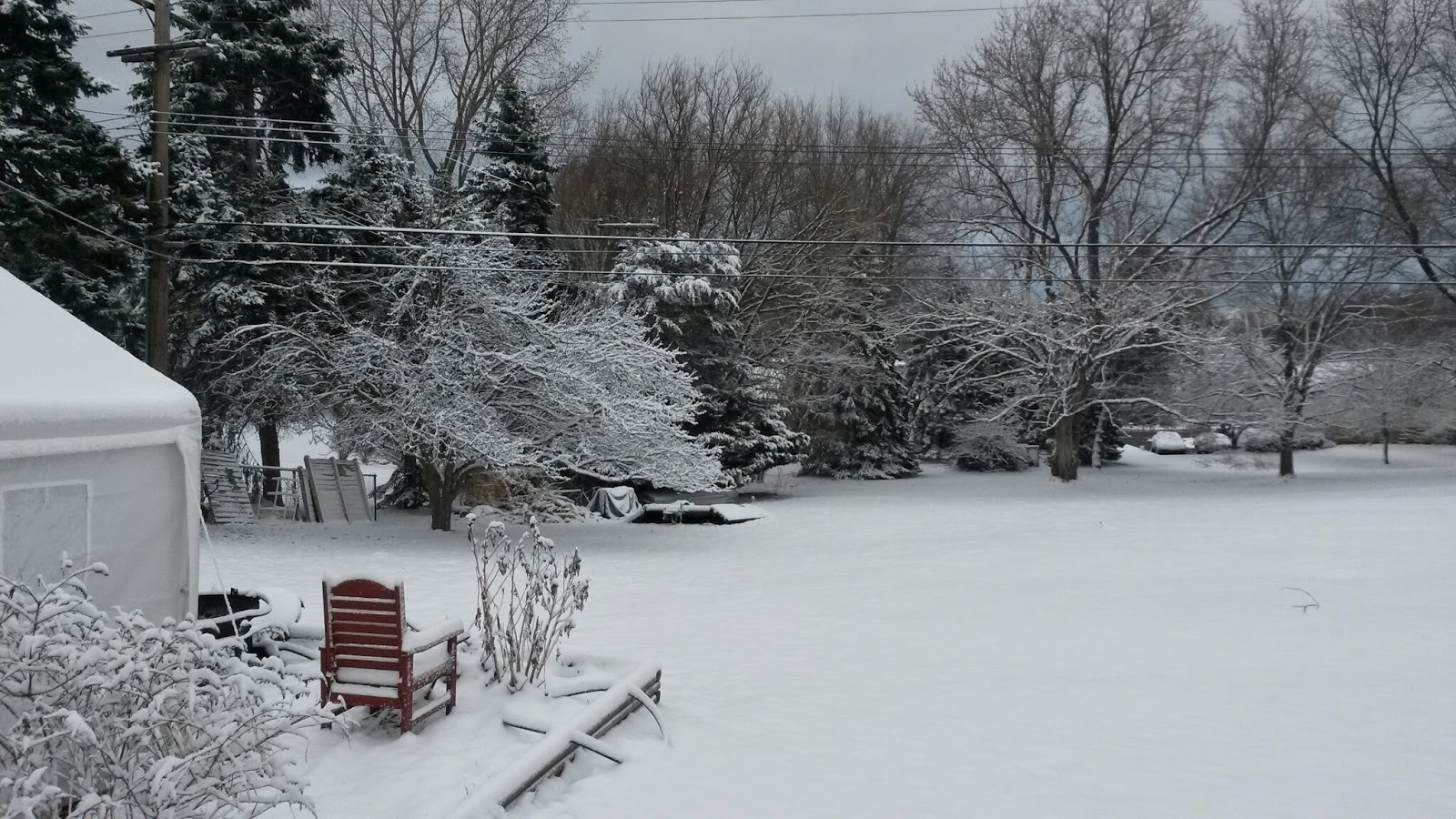 Finally!  Spring is here! The weather is going to be getting nice out!  Unfortunately, the lovely Michigan weather has its own agenda! Who'd've thunk it?!  Of course it's gonna snow two inches on April 15th in Michigan! 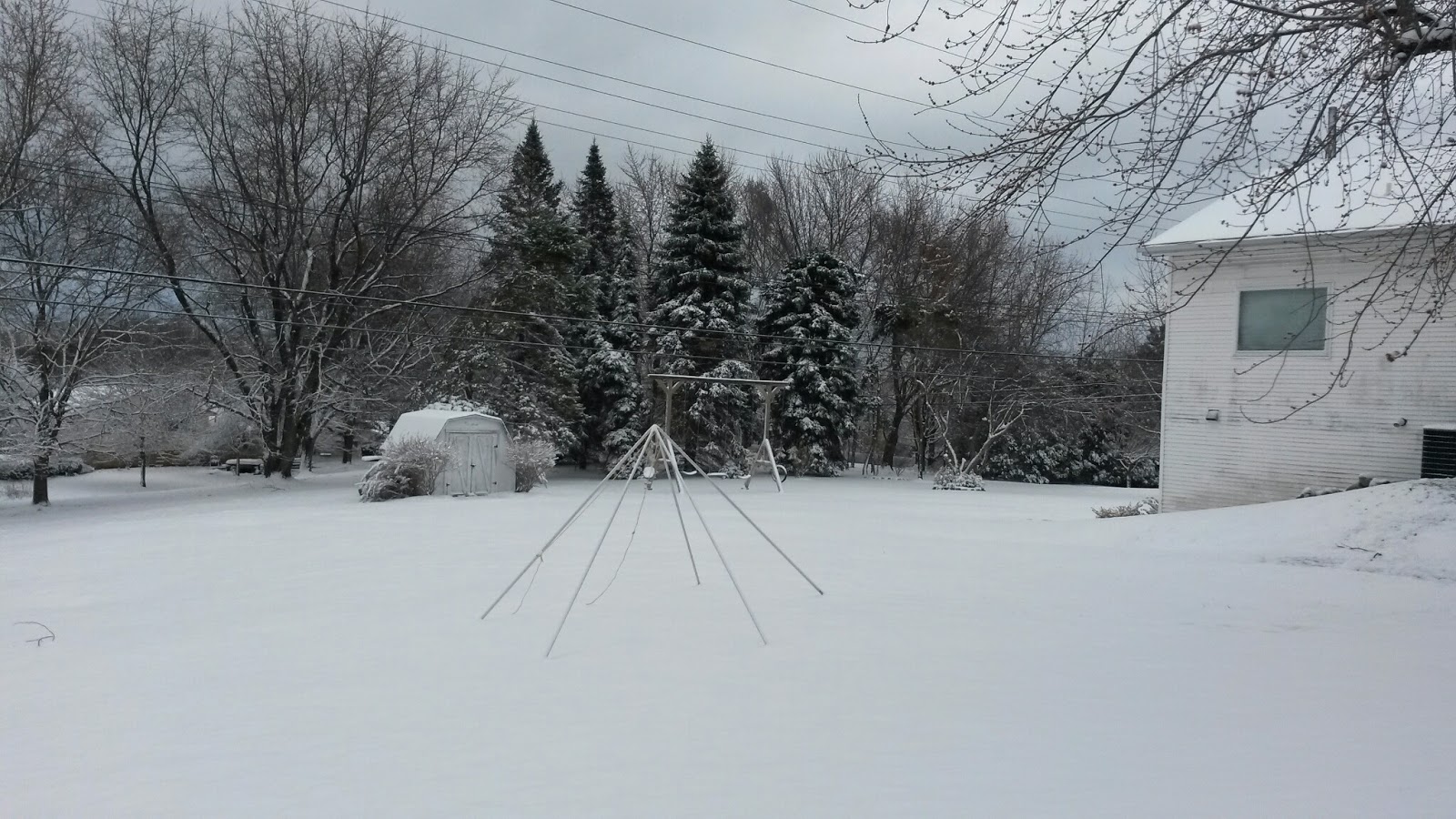 Is this kind of weather completely unexpected? Of course not!
Are we, as Michiganders, friggin' sick and tire of the cold?!?  Ab-so-lutely!! 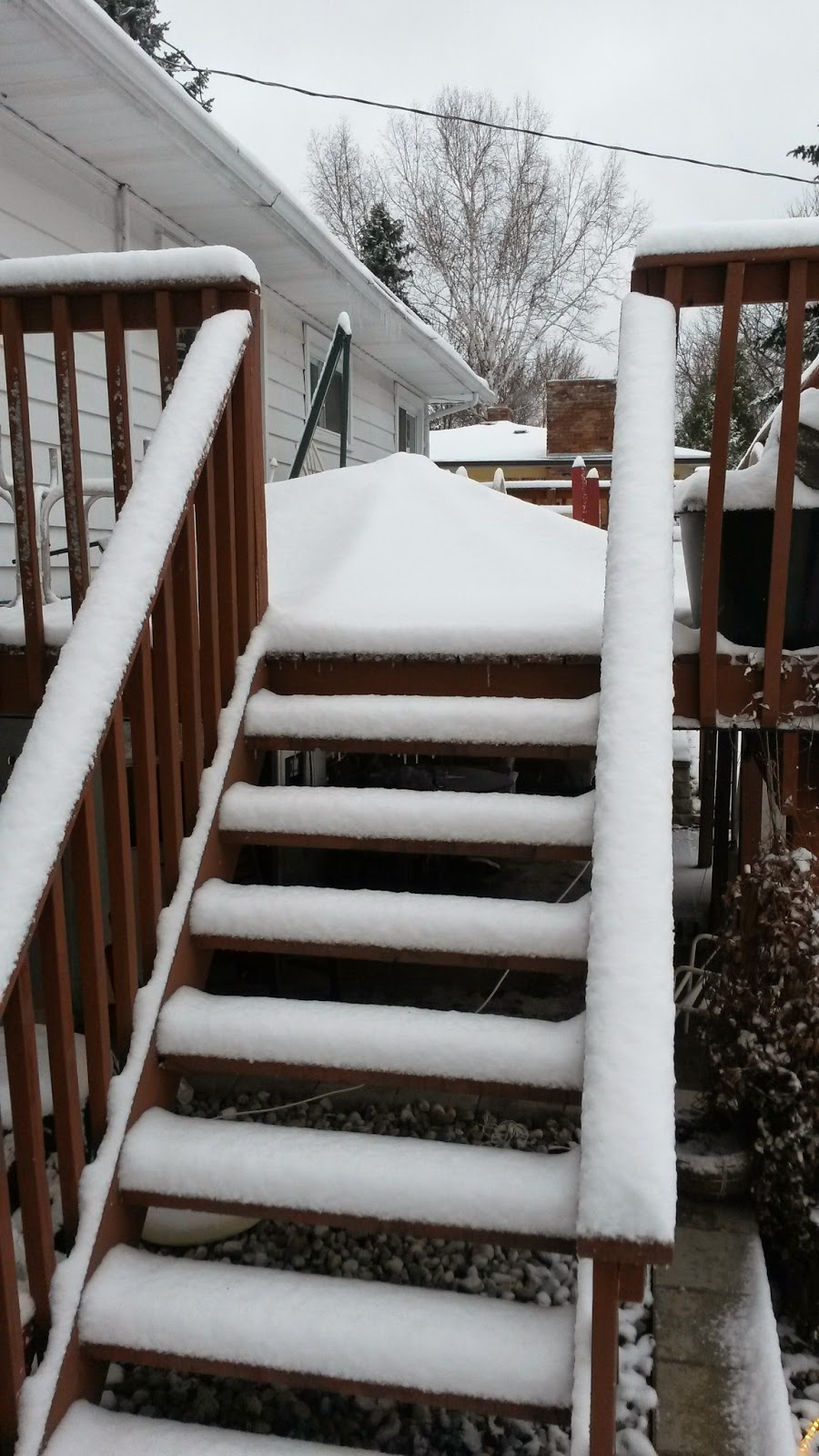 And, was this just any normal snowfall?? Heck no!
There was a half inch of slick ice underneath all of it because the evening prior had started this little snow storm with a few hours of freezing rain!  Neato! 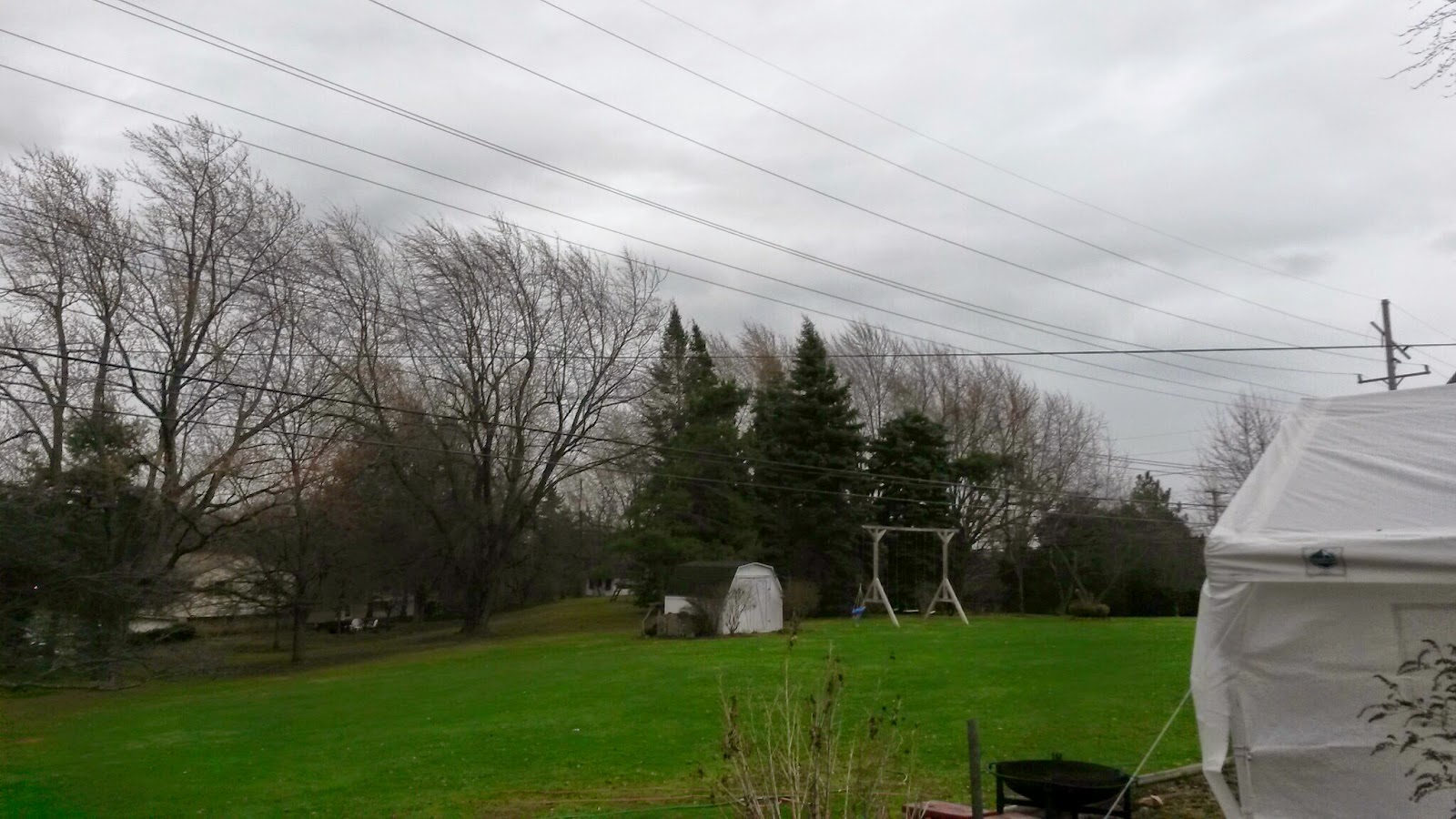 This pic and the one below were taken just about 18 hours prior to getting our last snowfall of the season (hopefully!). 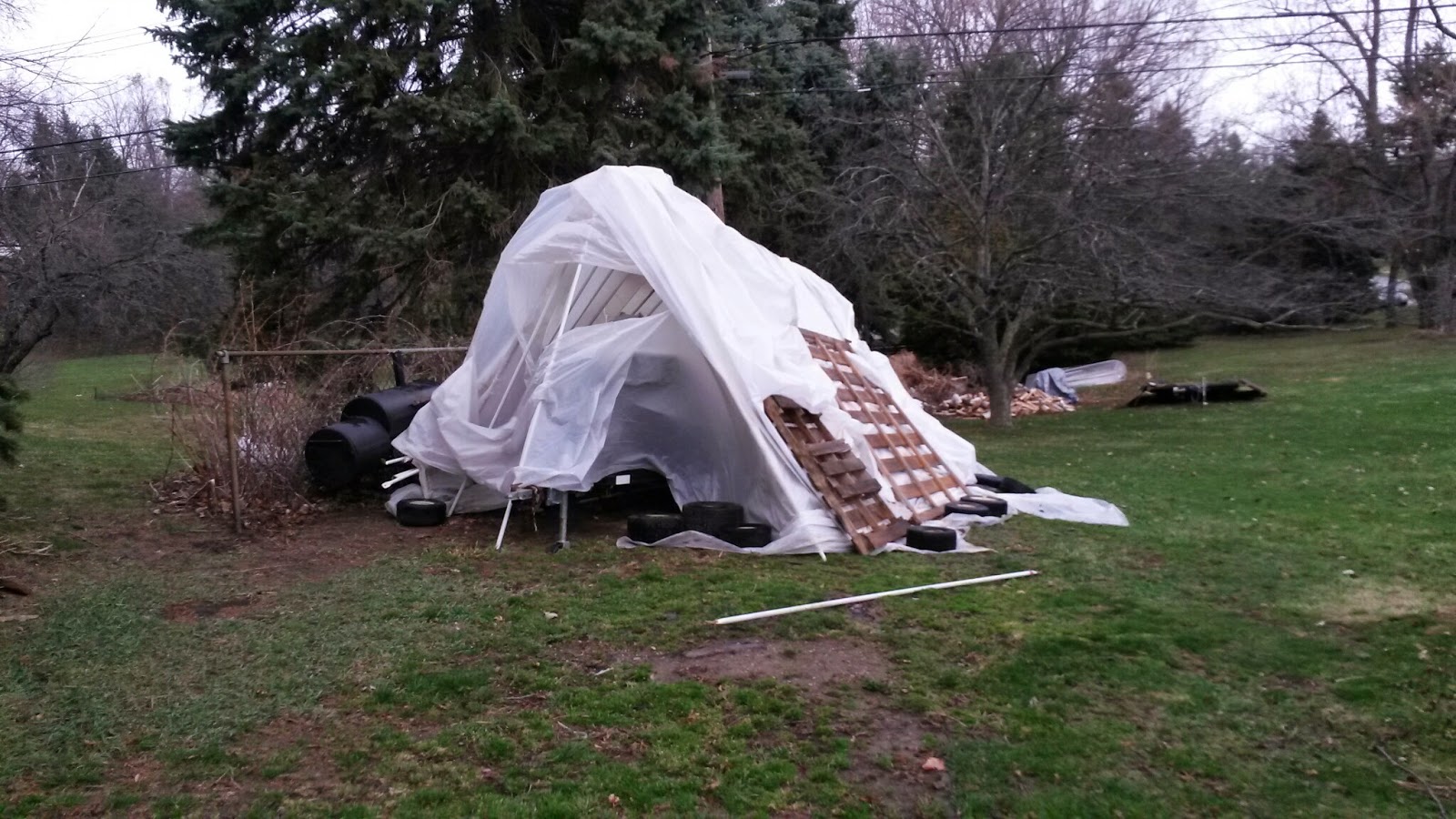 The storm had blown in w/ sustained 40-50 mph winds the morning before we got the snow, but it was in the upper 60's and I had been comfortable outside in shorts & a t-shirt for the entire day!

Yet, here is the same scene (w/ a little help from Google's Auto-Awesome!) only 18 hours later!
I had somehow managed to button up the A-frame fort under which the boat resides in an attempt to keep the snow and rain out of there and I'm glad I had done so before we got hit by this storm!
On a positive note, this storm finally made this year's snowfall the most ever on record in the past 150 or so years that meteorologists in Michigan have been tracking such statistics.  Yay!  Let's all agree to never try to beat this record.  Ever! :D 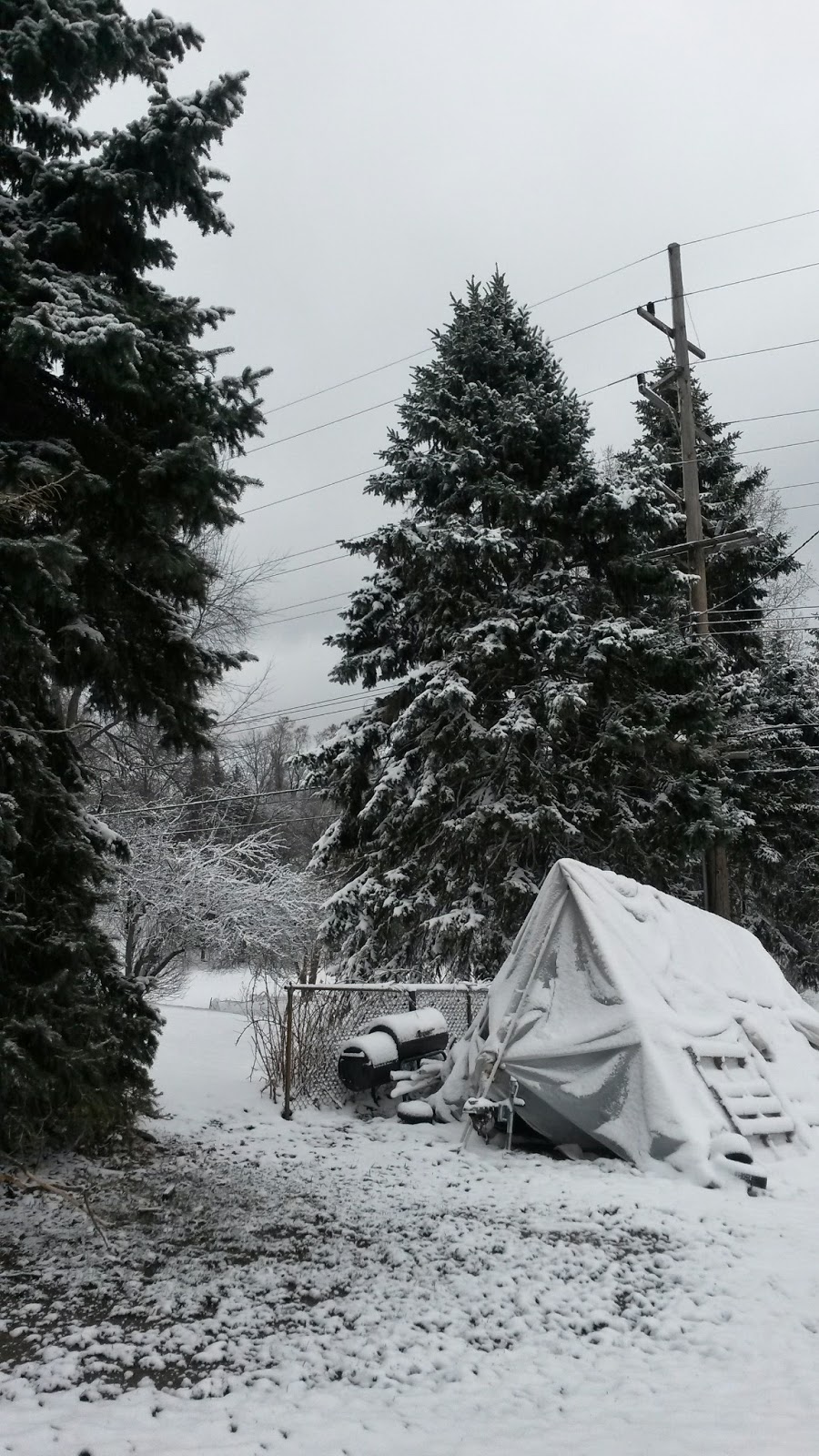