Despite the freezing cold weather and tons of snow we've had lately, the 2014 season of Garden Wars is in full swing!  Check out a sneak peak of what is to come and find out which company to avoid when buying seeds online! 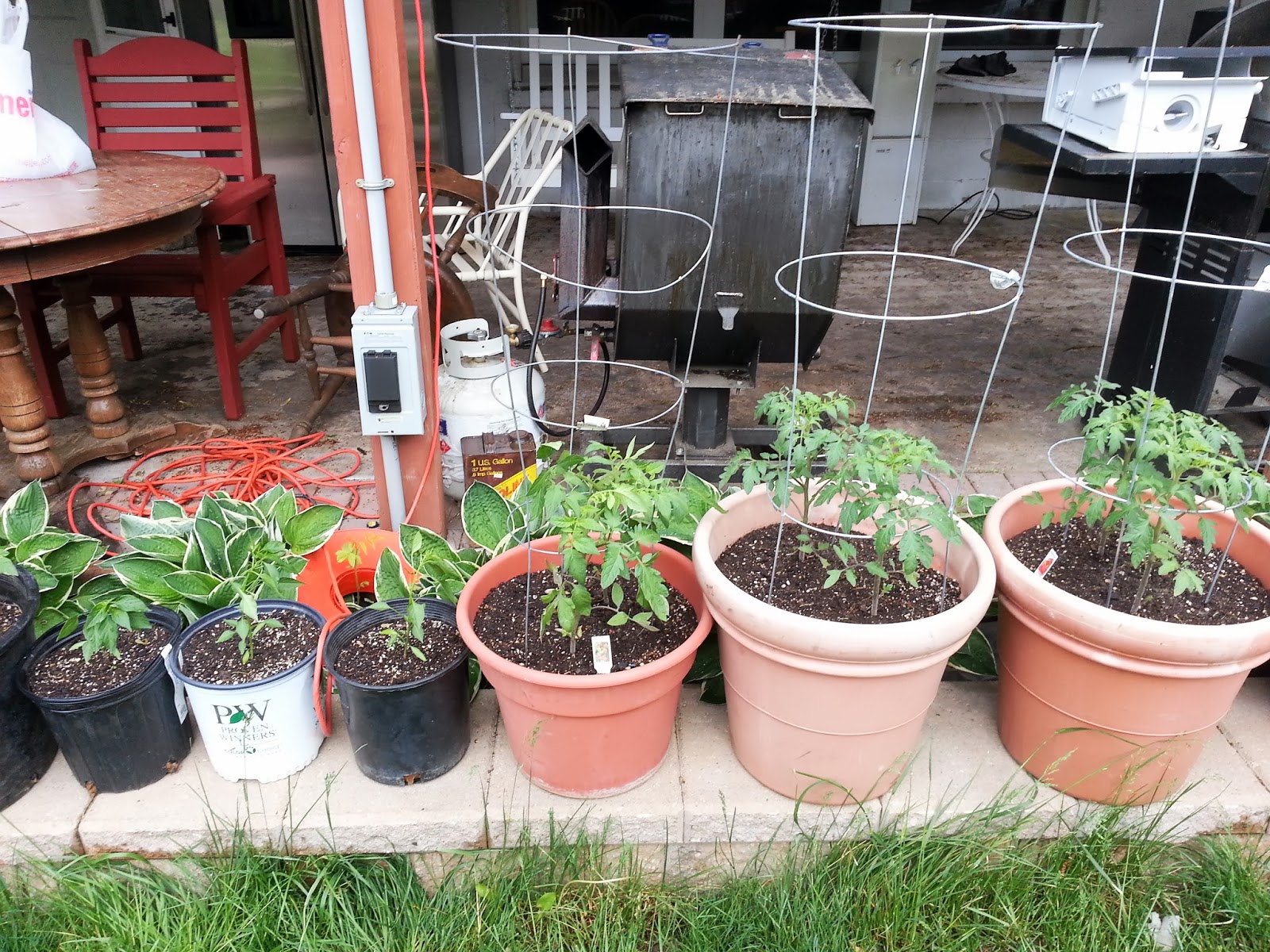 Same plants as the first pic! This was taken only a few weeks prior! 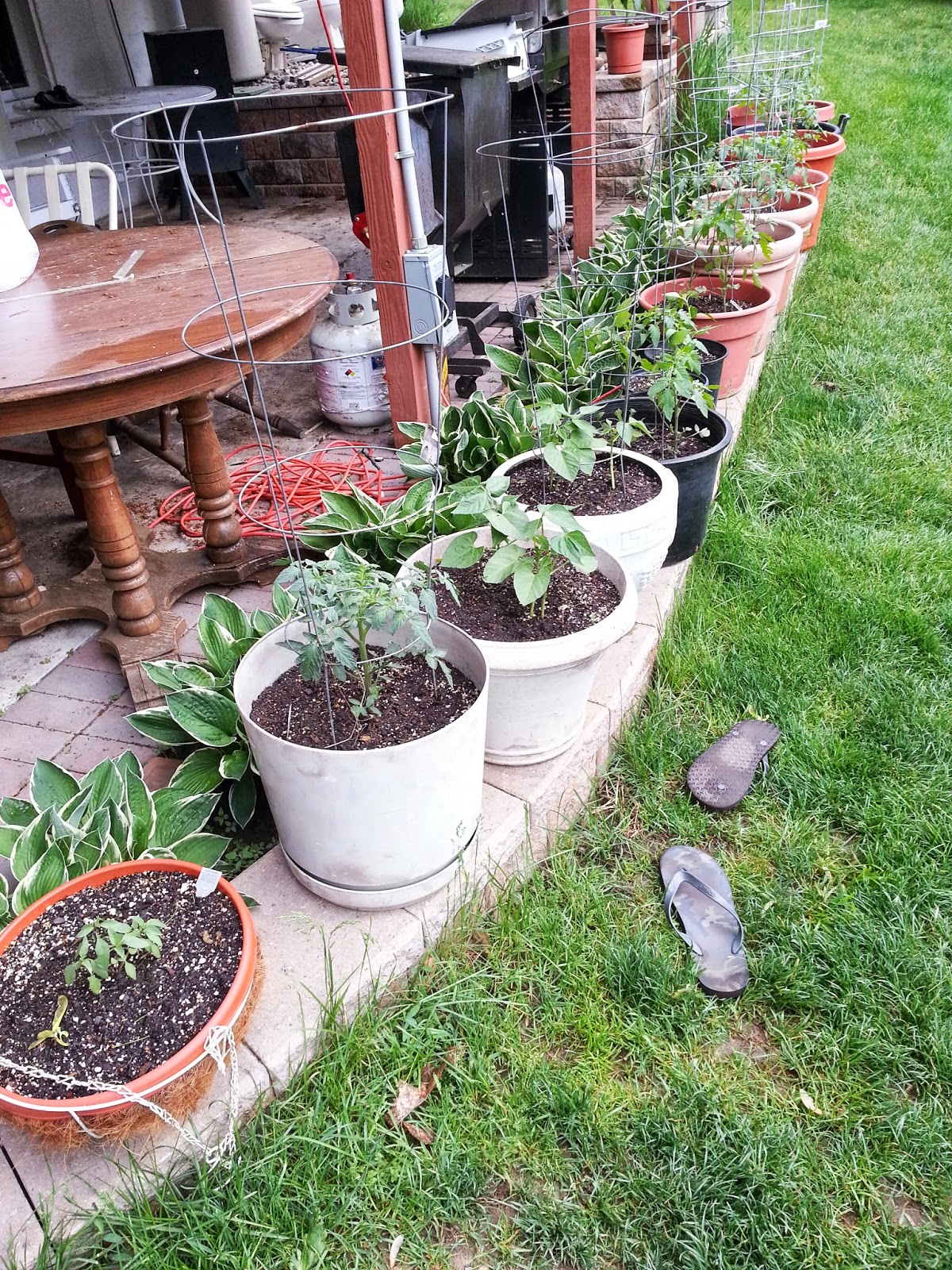 In 2013, my tactic was to have a potted garden.
I had my reasons, but that didn't mean that this worked out particularly well!
Good thing I have a whole new strategy this year! 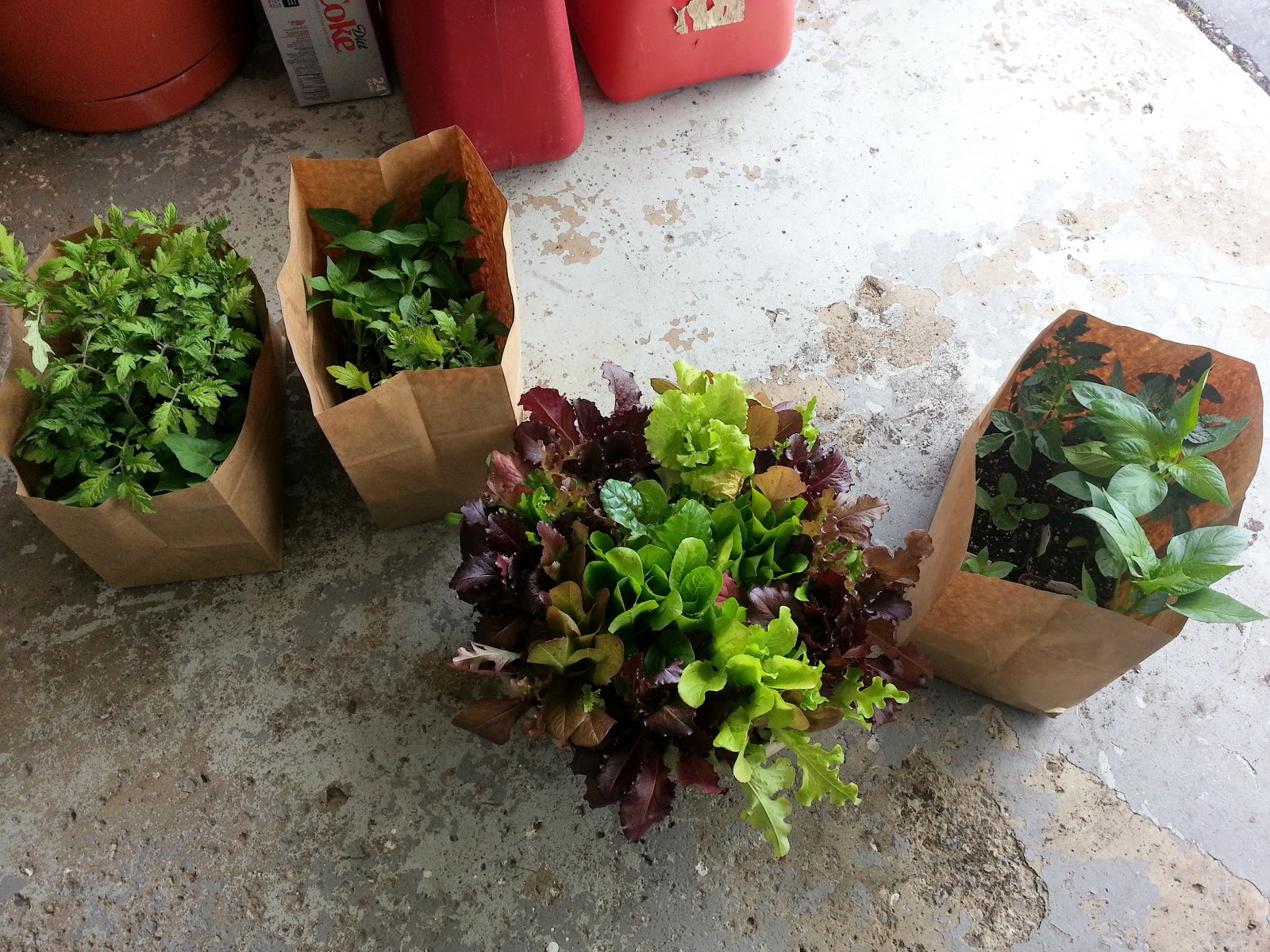 Last year, I started w small plants instead of seeds.
This was approx $50 worth of veggie plants from Wojo's in Lake Orion! 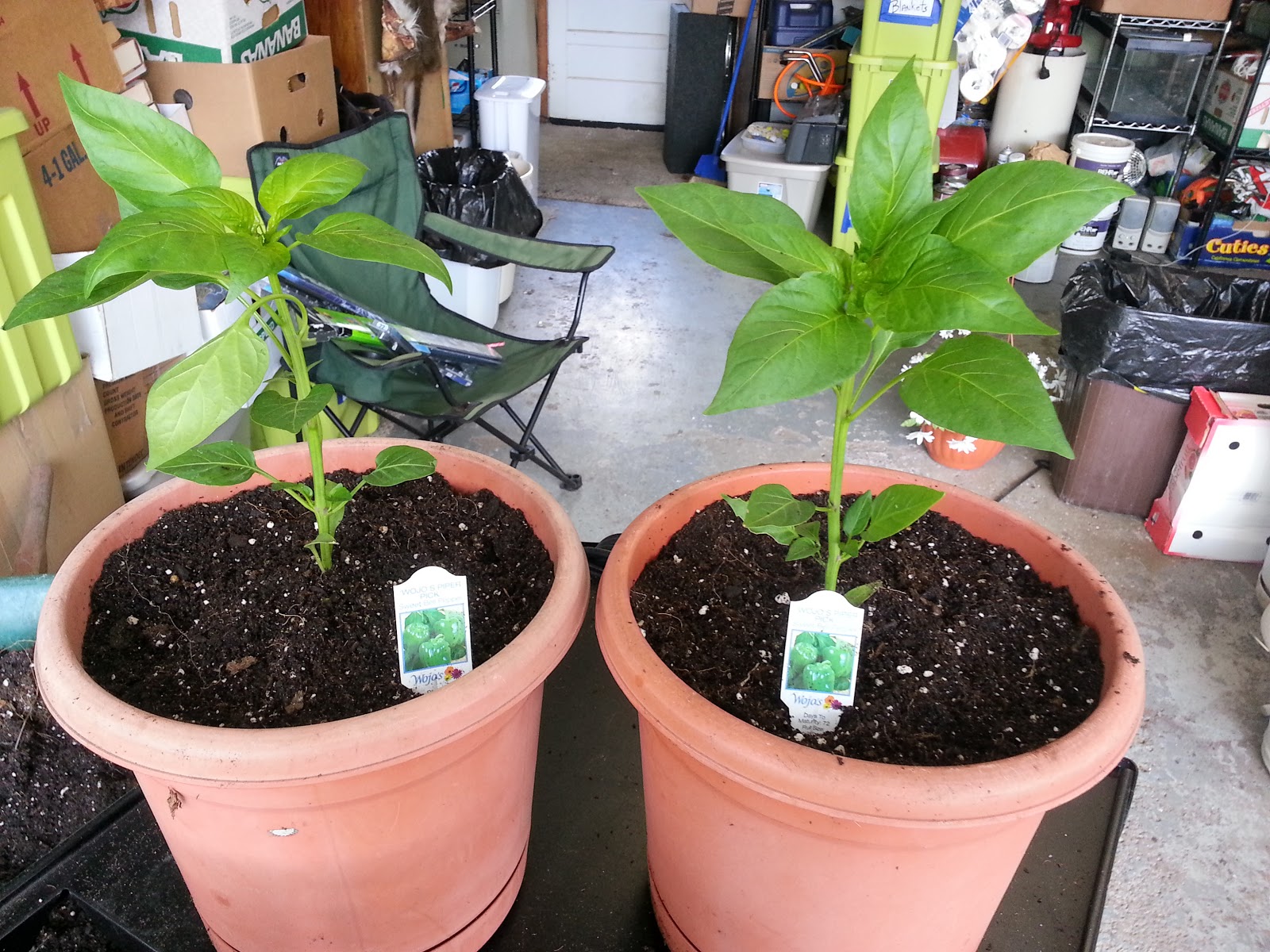 Though the plants look nice in their new pots, I came to find out later that the pots weren't nearly big enough for them to have large yields. 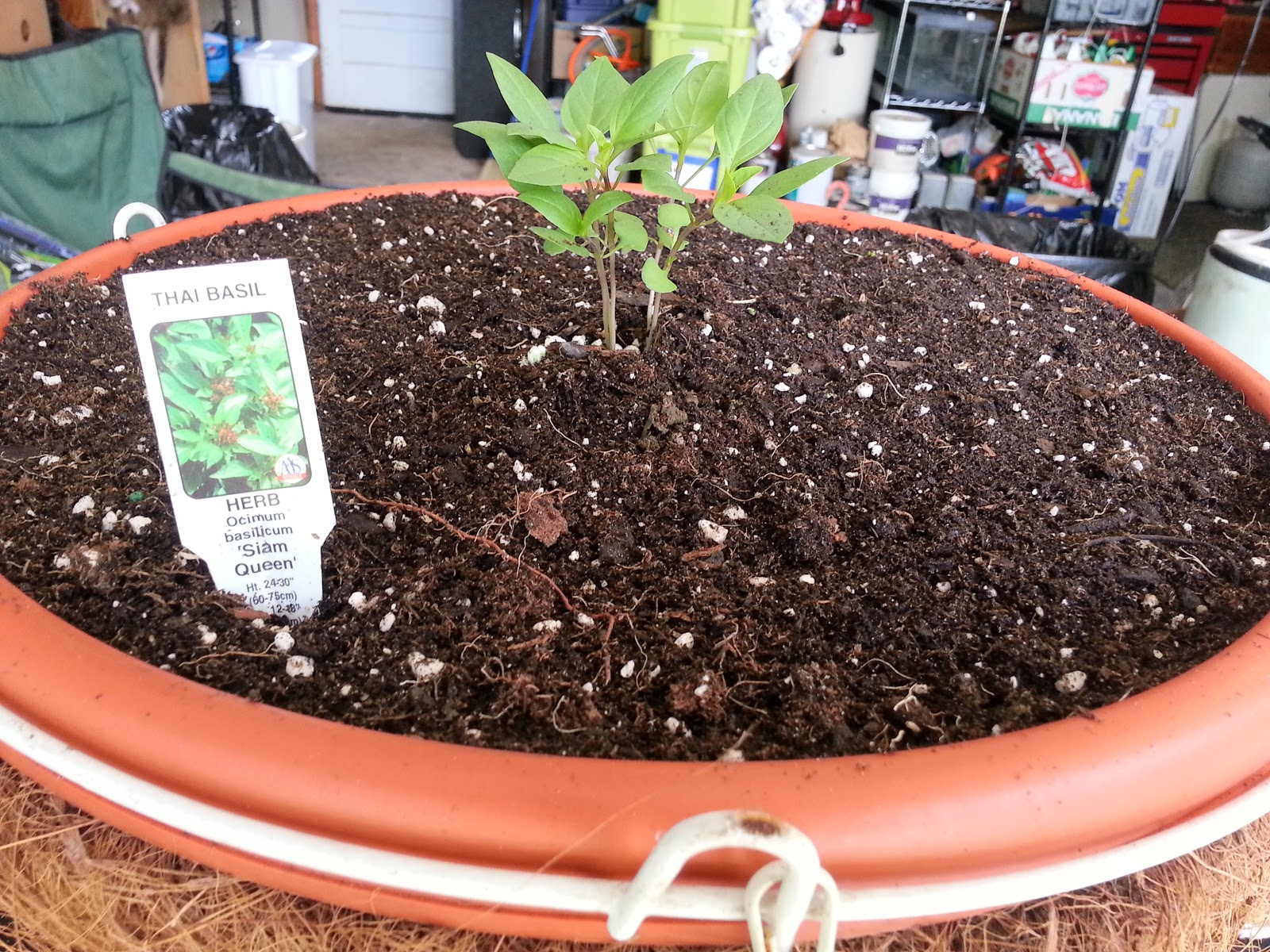 Things like Thai Basil did very well in a pot... 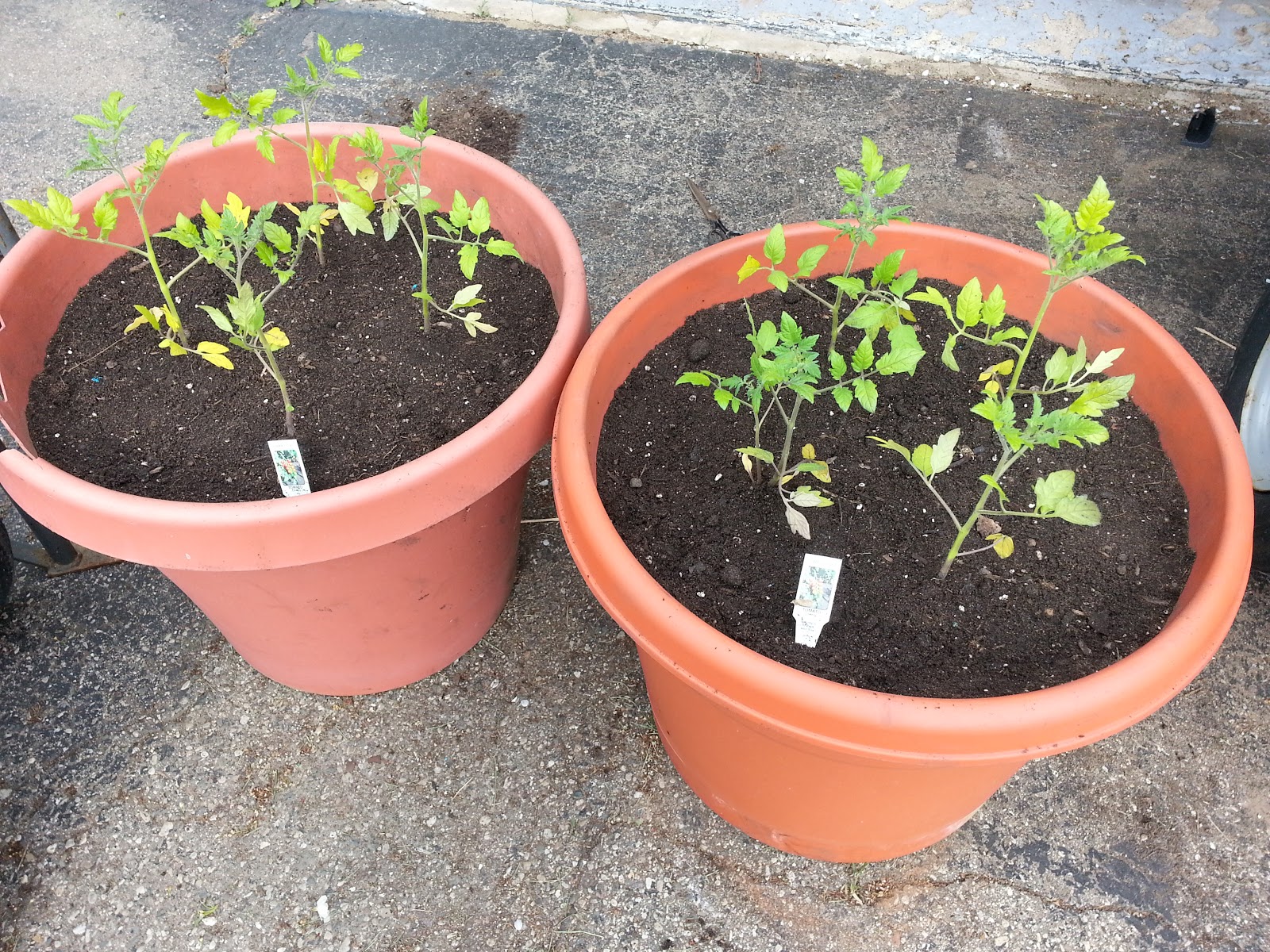 ...whereas having this many cherry tomato plants in such a confined space proved to be disadvantageous. 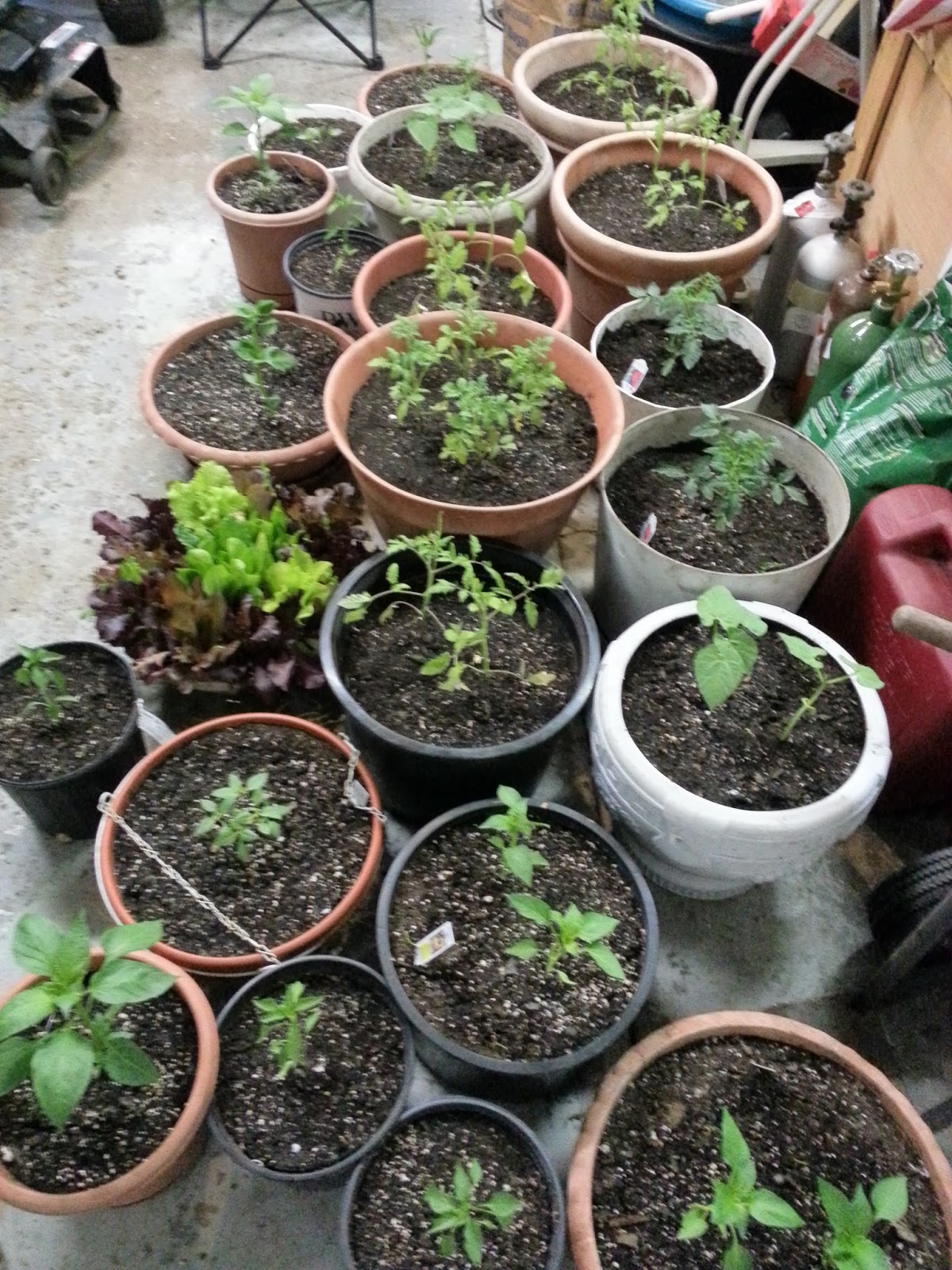 Not knowing that having my veggies in pots would impede their growth and yield, I went with this method of gardening for 2013. Unfortunately, having a potted garden set me up for failure... 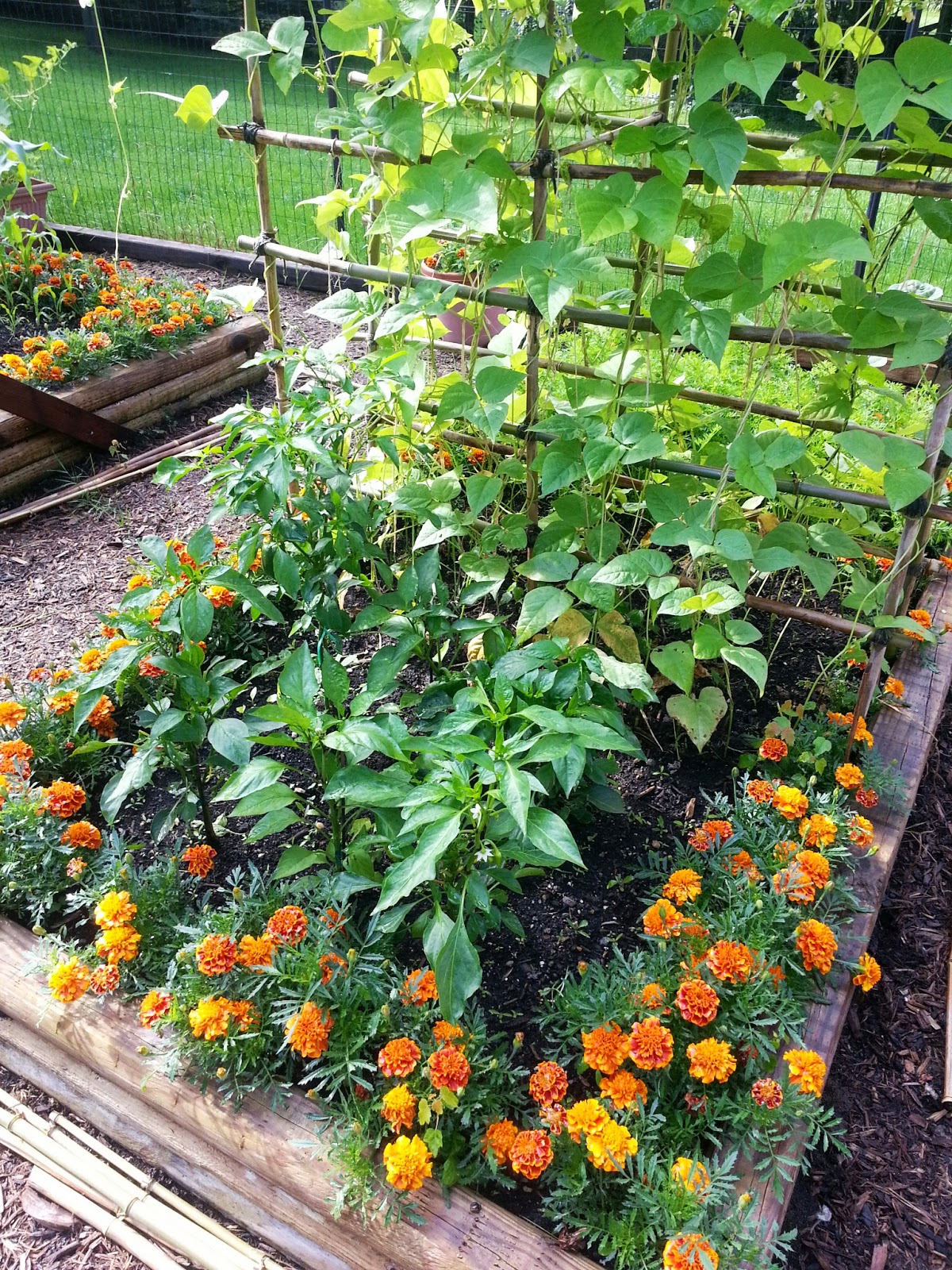 ...especially when compared to the growing operation over at Byrnestyle Farms! Plenty of elbow room allows for a wall of marigolds to act as a deterrent to the local varmints! 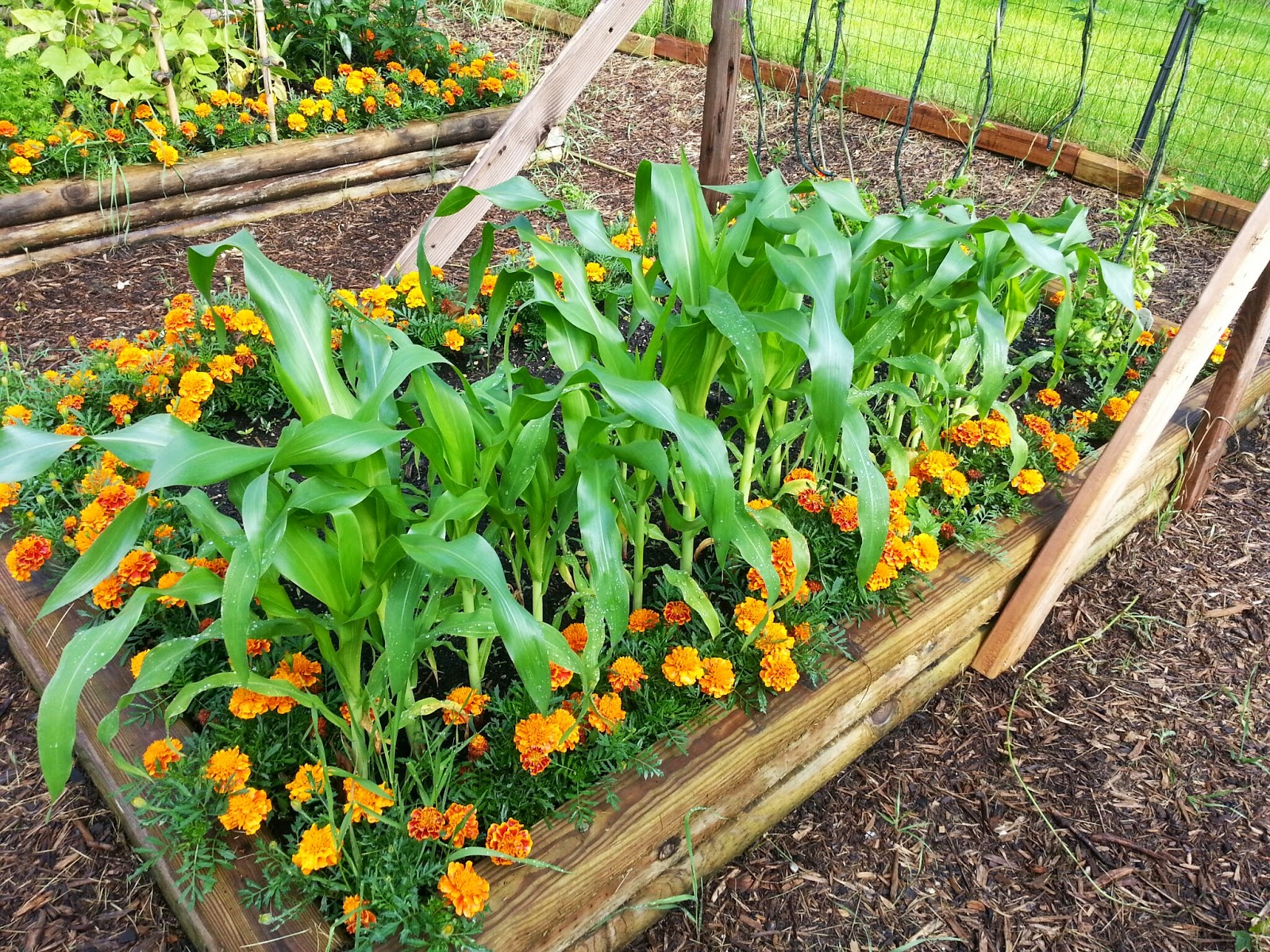 Hell!  Look at that corn! Who knew he had such a green thumb! 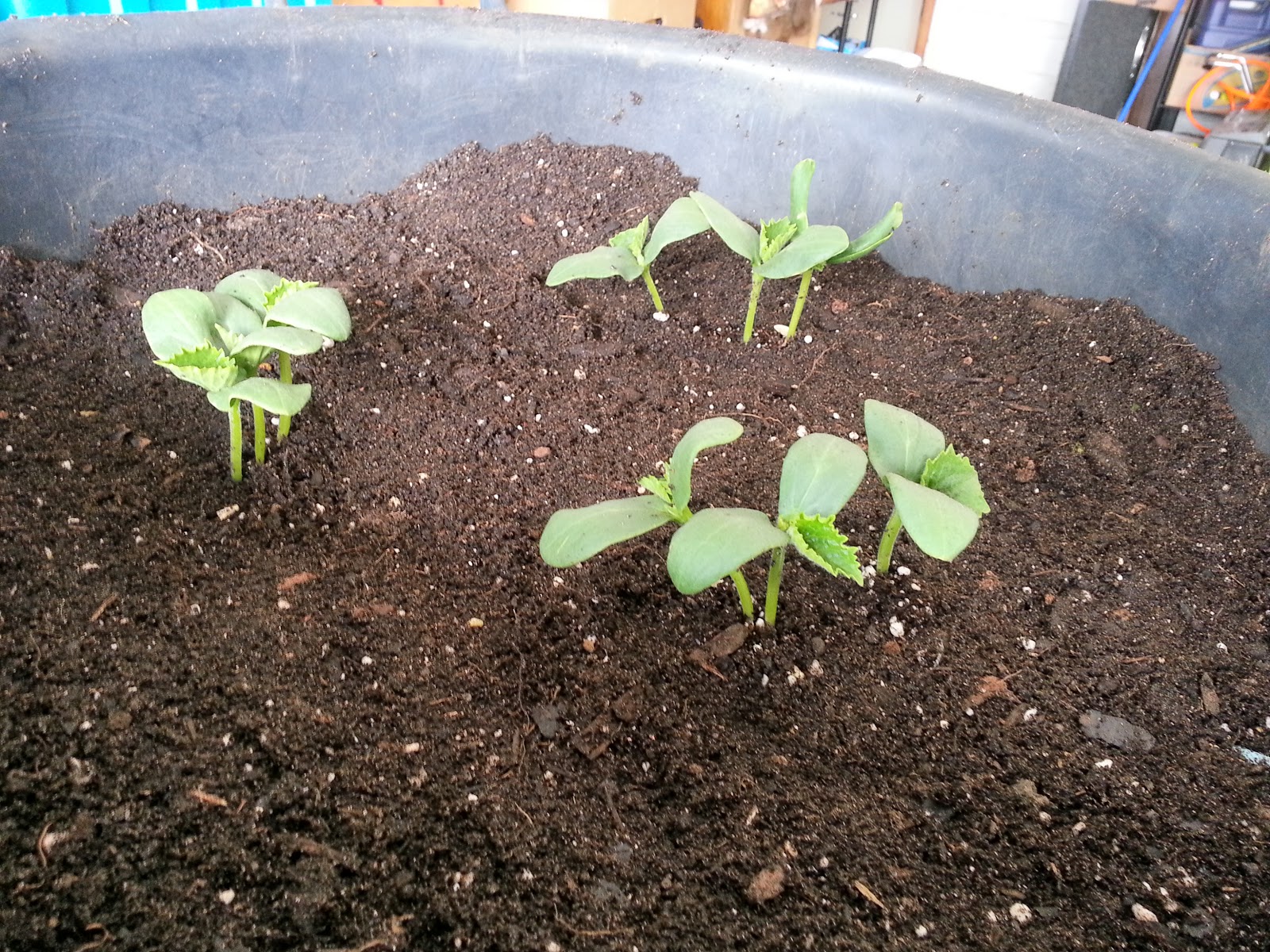 I'm changing it up at the Brewster Roadhouse Garden this year!
Instead of waiting until early May to buy small plants, I've decided to start at the beginning of February with seeds!  I figure that this would give me a bit of a jump start on the season! 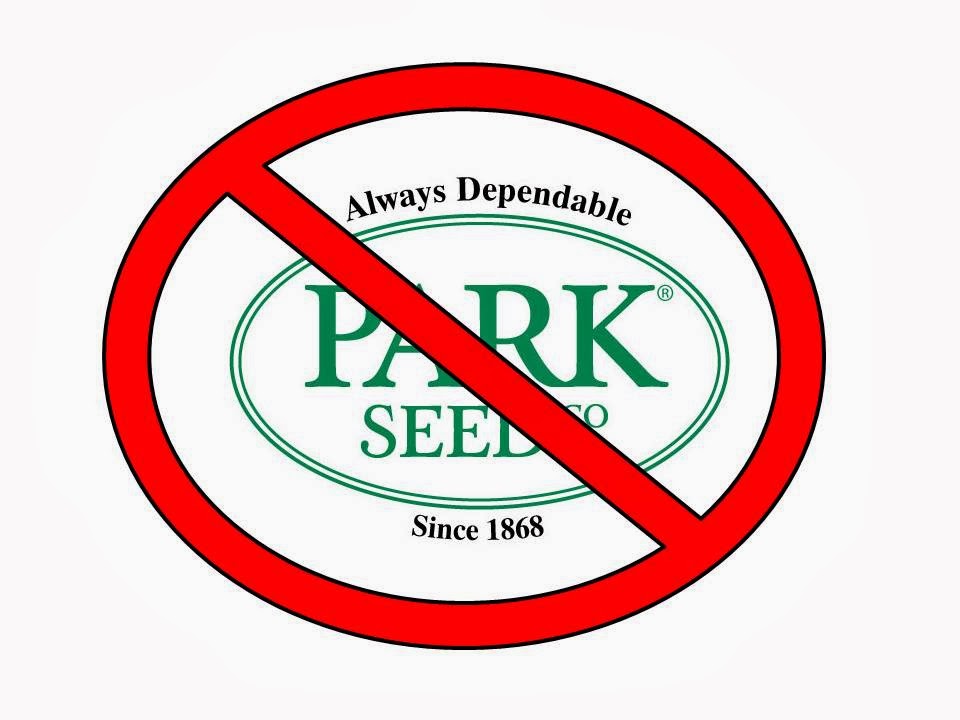 I strongly recommend not doing business with Park Seed Co.
I've found out the hard way that this organization has asinine shipping policies and terrible customer service.  I had placed an order with Park and was given notification that it would ship out two days later.  Having not received the order after a week, I checked the website and it showed that the order was supposed to have shipped on the 29th, but there was still no tracking info available.  I called customer service and was informed that one of the items was on back-order, which had been why it didn't ship.  No notification of this was given on the site or in an email to me, so I requested that the rest of the order ship immediately with expedited shipping, which the CSA begrudgingly obliged.  I was told that it would ship the next day via USPS Priority Mail.  Two days later, I receive notification that the items have shipped, but the tracking info is invalid.  Furthermore, I receive another email stating that everything on the site is now 20% off -- which means that the same order would now be over $3 bucks cheaper! ARG!  I call customer service again and speak with a woman who did nothing to help this situation. Instead, she repeatedly tried to justify the late shipment by saying that it was corporate policy that orders don't even leave the building for up to 48hrs, then they are given to UPS "Secure Ship" (as she stated), who then gives it to the USPS as Priority Mail!  By then, a week goes by... maybe more!  The expedited shipping that I had been promised was just b.s. that they used to get me off the phone the first time I had to call about this order! Furthermore, she told me that a full refund for the order incl. shipping would be given only if the package was refused at time of delivery and sent back unopened. Fine. So it shall be.  And so shall I make everyone aware of what a hassle it was to deal with the awful customer service from Park Seed Co.
Plenty of other seed suppliers are out there!  Go with Gurney's or Burpee instead!  Or hell, just get some seeds from a local distributor and support a small business in your community!

So, it looks like I'm taking my business elsewhere!  So long, Park Seed Co.  I'll never do business with your organization again & I urge my loyal readers to do the same! 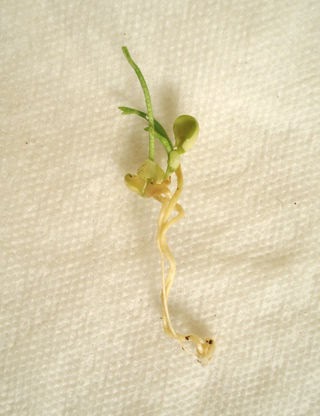 I'm going to start the seeds using the "baggie method" as laid out in this instructable! 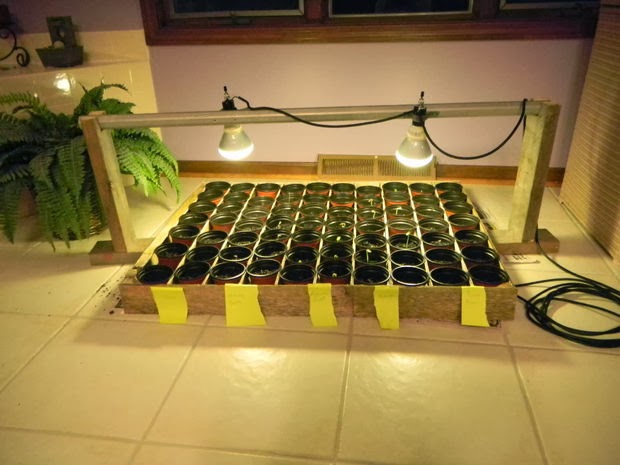 Once they've sprouted, I'll transplant them into a seed starter rig like this one!
Starting them inside will give me a big jumpstart on the season! 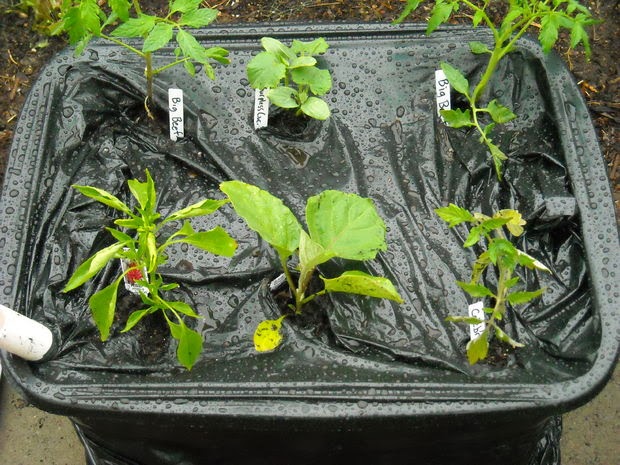 Though it is tempting to try some new fangled way of growing plants, as shown in an "Earthbox" above, I think I'm going to go with an in-ground rototilled garden this year! 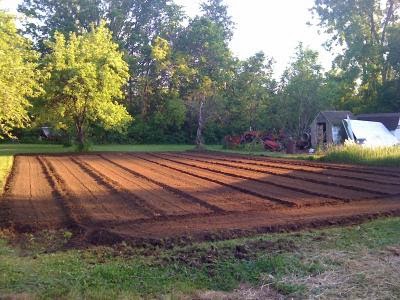 Now, I probably won't have a 50x50 = 2500 sq ft garden this year, but I will certainly be going for a plot that looks similar to this! 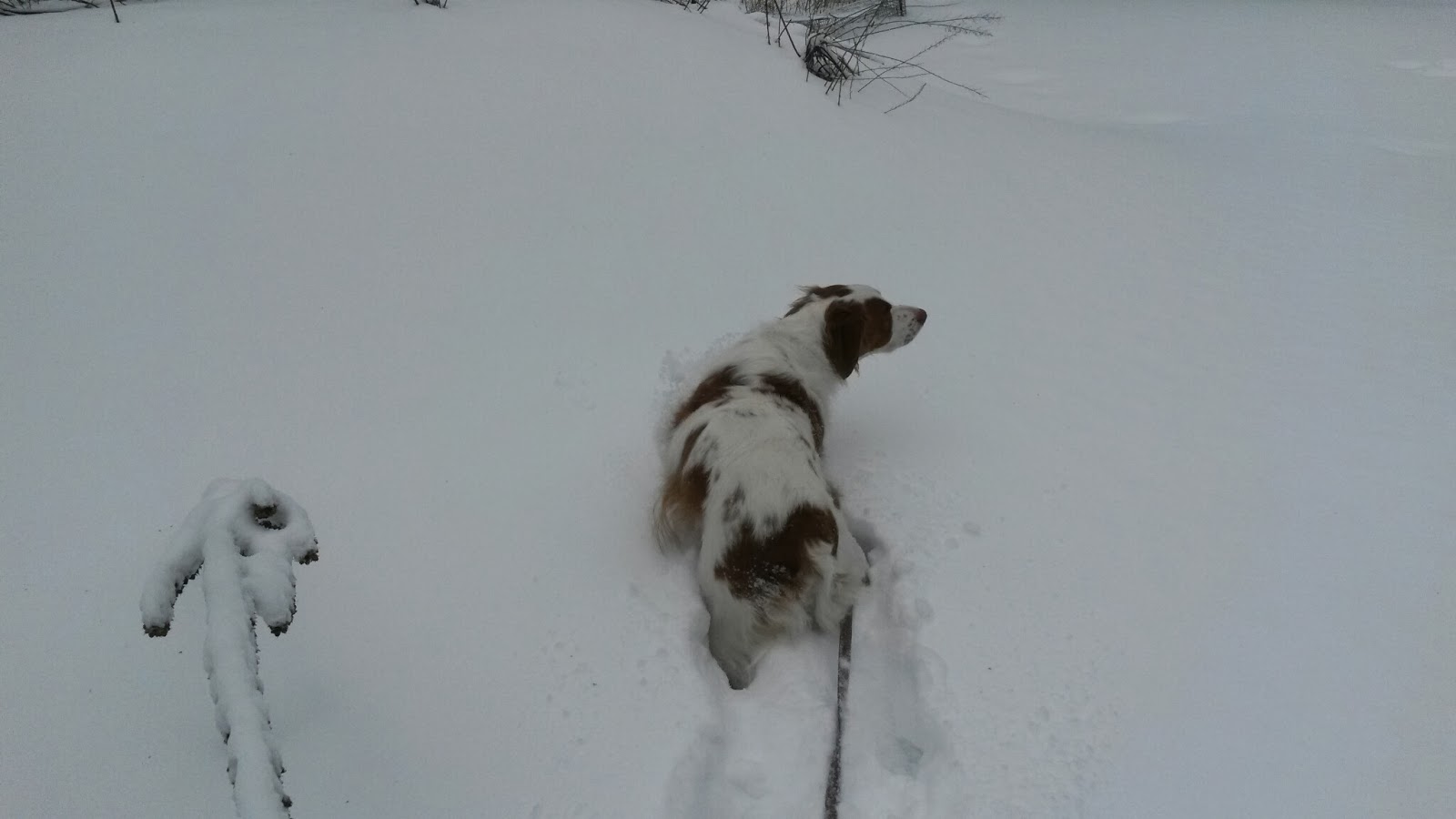 Too bad we're still up to our balls in snow around here!! Holy shit, it's unbelievably frigid out here!!  Typical winter in MI, I guess!
I think I'll put the garden behind me over my shoulder on the right side of the pic!  I can't wait!

Even though it's still freakin' freezin' out there, I've got the hot tub set at 103° under the 10x20!!
This is the perfect setup for watching hockey while huckin' on a pitcher of beer awaiting the warmer weather that seems to still be months and months away!  I should have plenty of time to get my garden rolling... right after a quick skinny dippin' session in the tub! Now, if only I had a cute broad to join me...  ;) 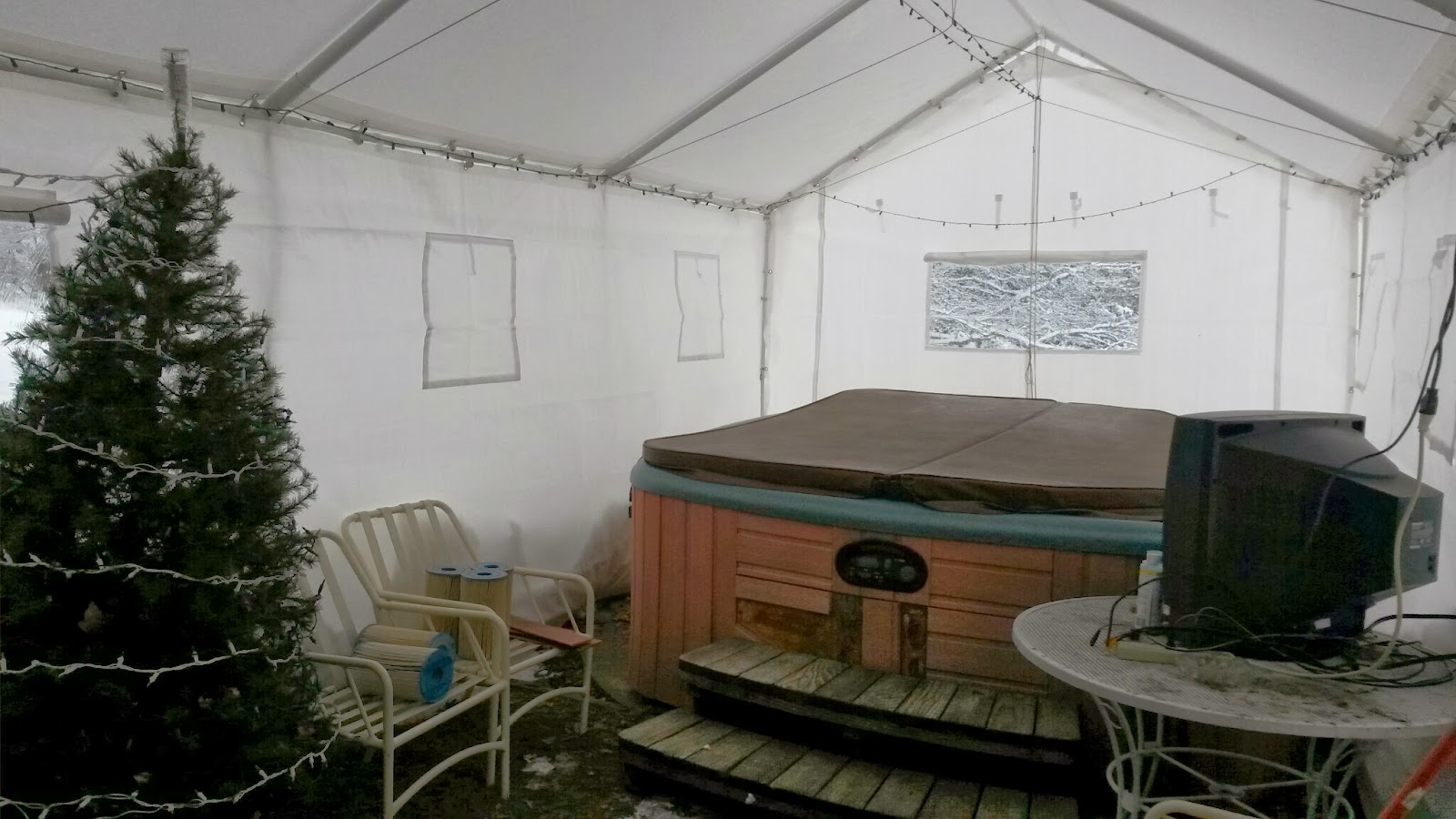