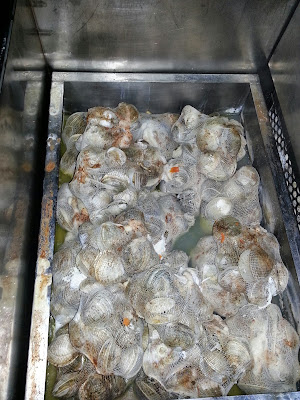 The annual Cleveland Clam Bake for 2013 was a blast again, as I had highly anticipated!  Check out the pics of this amazing seafood!

Every year, the Grand Poobah of the Cleveland Chapter of BFC throws an incredible feast for his most loyal BFC'ers!  This invite-only event and the food that is dished out is always a hit!  This year was certainly another great success! 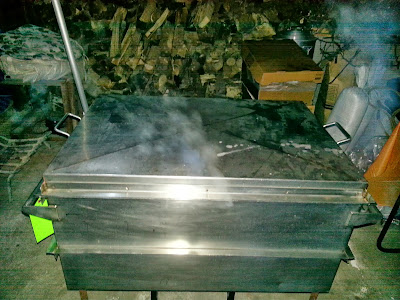 This is the giant steamer that we rented from the seafood distributor in downtown C-town!
It takes 20 gallons of water to fill it to the appropriate line to steam this much seafood!
Once loaded, we don't open it until the Grand Poobah says it's time! 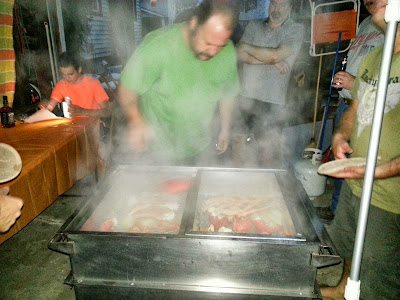 When the time is right, the lid comes off and the grub is dished out pipin' hot from the steamer! 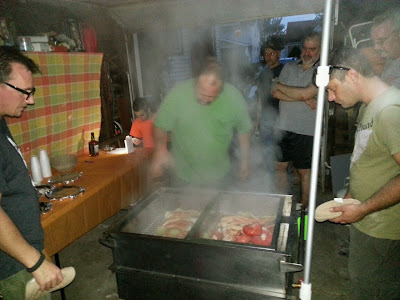 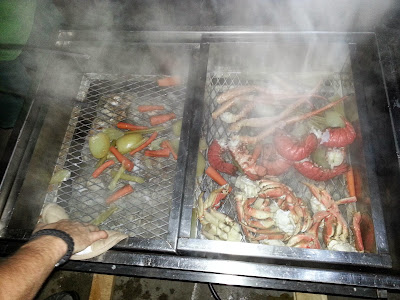 OMG, look at all that awesome seafood! 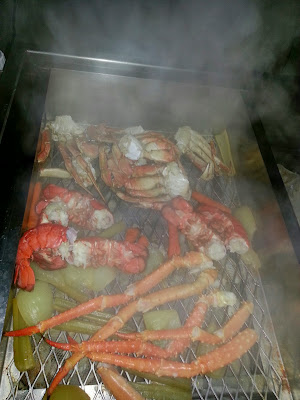 A "bake" gets you a dozen clams, half a chicken, yams, corn on the cob, clam chowder, and a dinner roll!
Lobster tails and crab legs can be added at market prices! 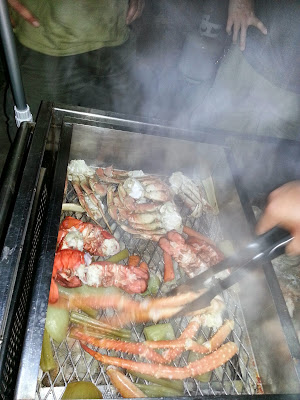 By the time this was ready, it was evening and we'd been standing around smelling this incredible food getting more and more hungry for the past several hours! 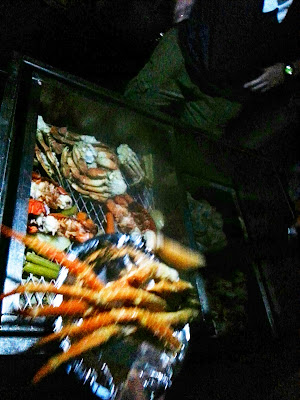 Gather 'round!!  When Harry hollers your name, you better be ready to grab your grub! 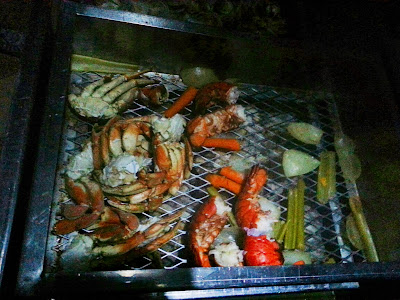 Byrnes, Lauren, and I brought the Dungeness crab for ourselves to go w the bake! 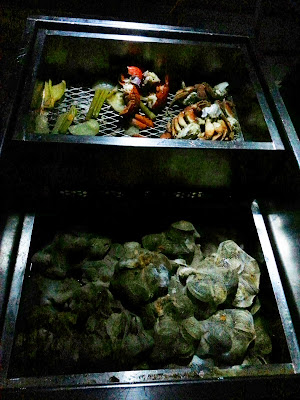 And there are the clams!!!! 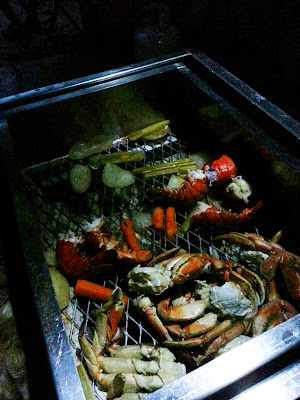 I had mounted a small LED light to a pole so that we could see what we were doing.
Sorry about the poorly lit pics! 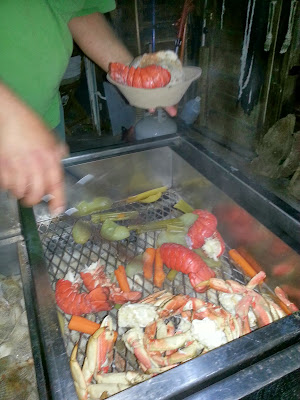 Malue goes through a lot of trouble to put on this production, but it is soooo worth all the effort!

We had 44 dozen clams for this year's clam bake!!! 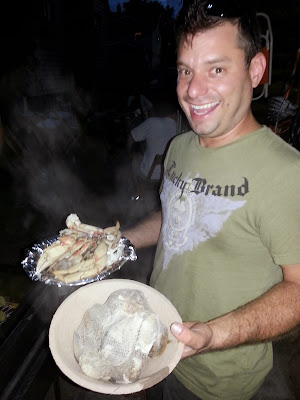 As you can see, I was a pretty happy guy!! 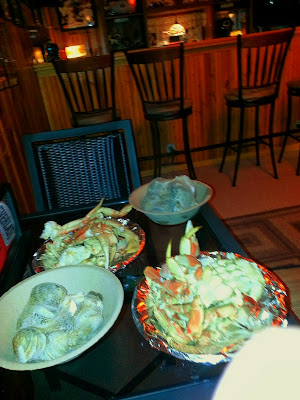 Time to chow down! 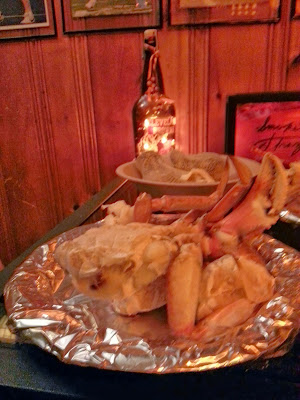 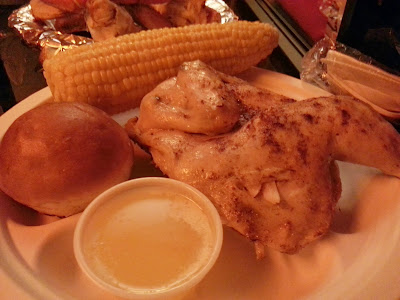 The chicken came out great too! 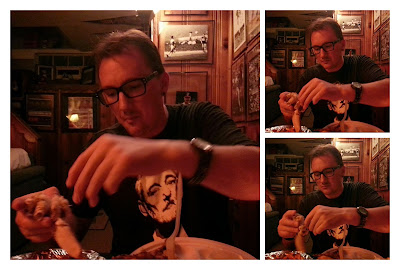 Byrnes was lovin' life at this point! 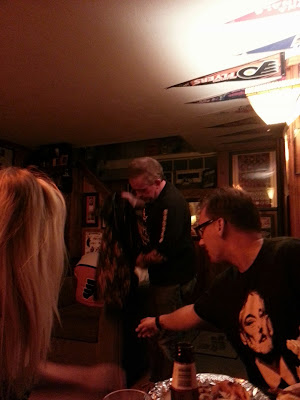 Hey Jerry! Bring that trash bag over here for the shells! 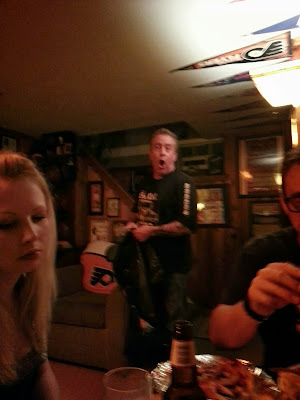 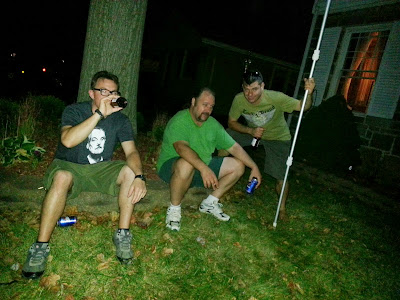 After dinner, it was time to get down to some serious hangin' out! 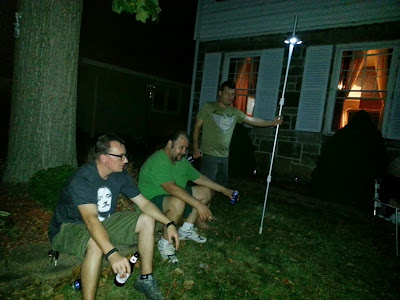 I walked around for an hour w the light stick that I had put together from stuff I found around the house! 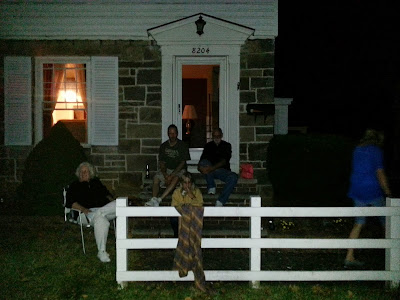 The front porch was a popular place to relax after dinner! 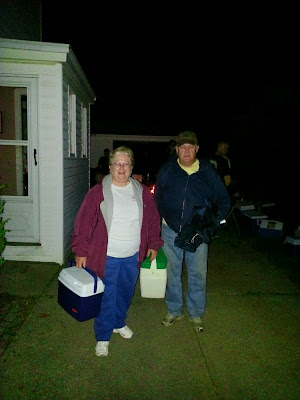 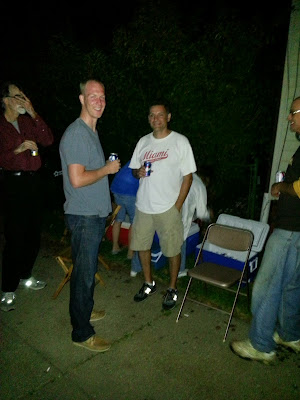 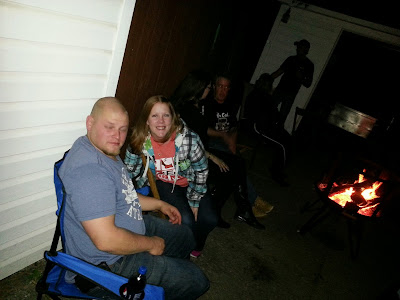 Jerry's daughter and son-in-law chillin' by the fire! 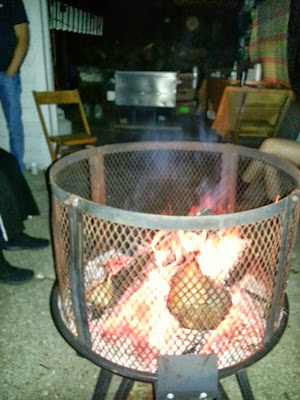 It wasn't freezin' cold out this year, so we didn't need to overload the fire pit as we had in year's past! 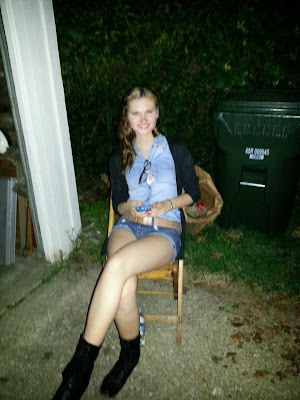 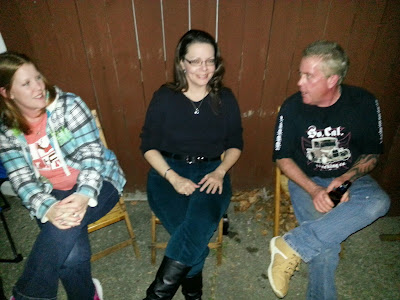 It was warm enough to get away w/ just a t-shirt!
At previous clam bakes, one layer was simply not enough to fend off the cold!

In the pic below, we watched the youngsters ridin' around on a bike w pegs carrying the light stick as a torch!  What a coupla knuckleheads!
We all had a blast at this year's clam bake! I'm lookin' fwd to Clam Bake 2014 already!
Click here to see the whole picture gallery! 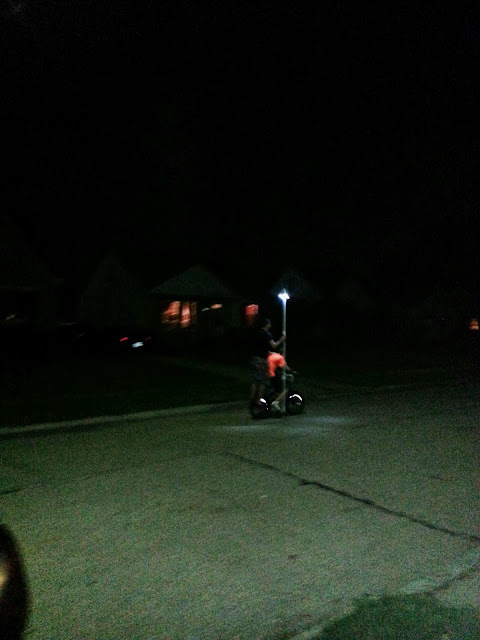