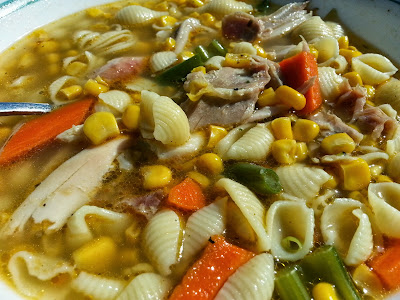 Evidently, some of you have far too much time on your hands & prefer to make their chicken soup w/o cheating! Well, here's how it's done!

Perhaps some of you, particularly those that gave me hell for making Cheater Chicken Soup, have more time on their hands than they know what to do with!  If that's the case, then why cheat when makin' your chicken soup?!  Get out the cutting board, it's time to whack up some veggies! 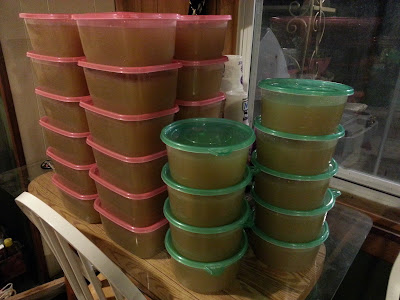 Remember all that chicken stock we made at ChickenFest 2012 Part Deux??
Well, what are ya waitin' for?! Grab some stock from the freezer and let's get cookin'! 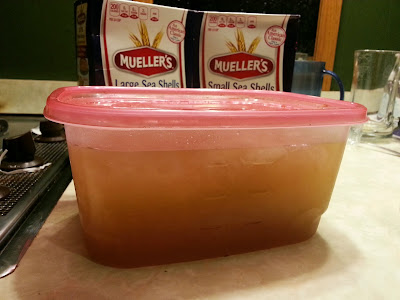 This isn't going to simmer itself!  Get it in a pot! 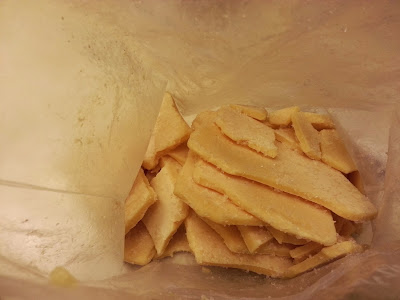 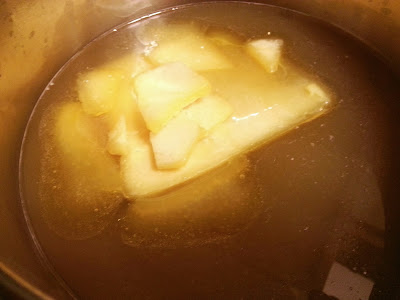 Fire it into the stock to heat up while you chop up the veggies! Keep an eye on it, yo!  No need to boil it to death!
Be SURE that you don't overcook your vegetables!!!! 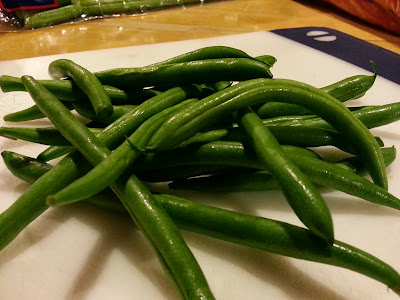 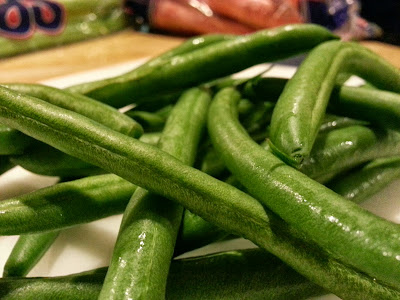 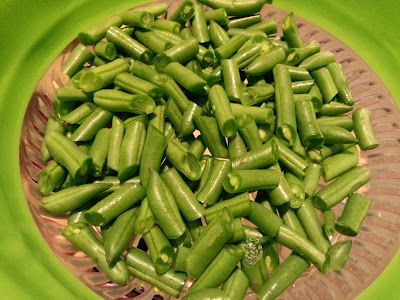 Chop 'em up into bite-size pieces! 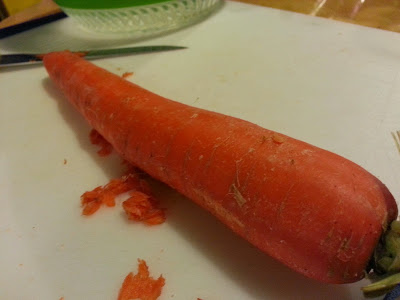 You're gonna need a few root veggies for this soup! 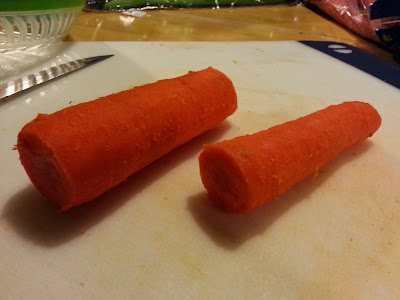 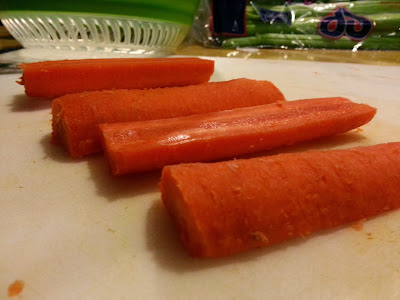 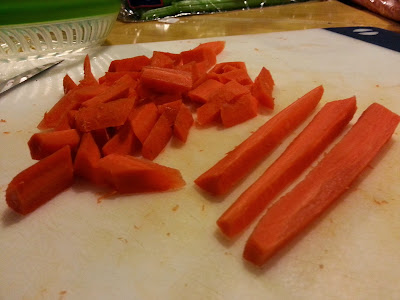 Each quarter was then cut into 3rds, then into bite-size pieces! 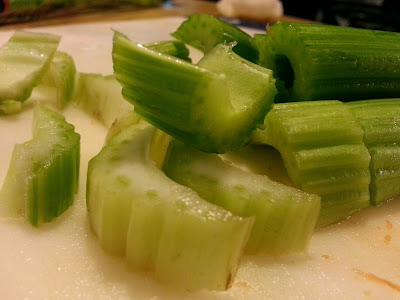 Stalks!  Get you some! Then, hack it and whack it! 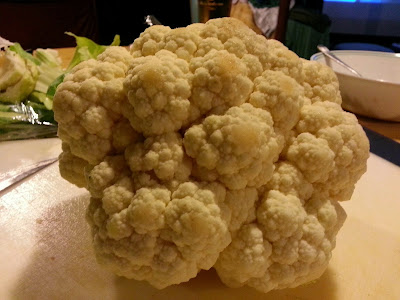 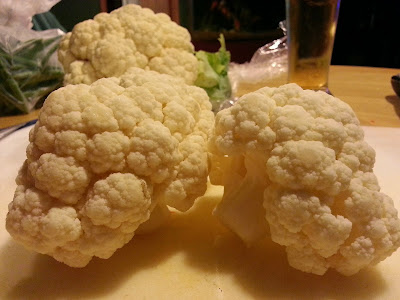 Get to it!  This soup-making session shouldn't be taking this long! 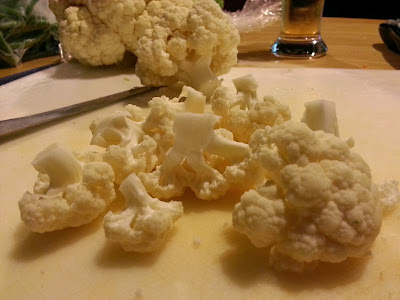 The cauliflower can be left a little larger than the rest of the veggies.
Why?  Because I said so, damnit!  :) 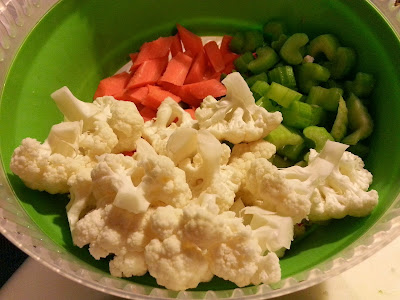 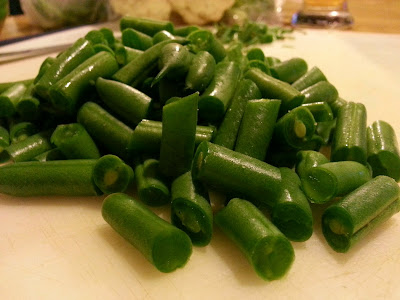 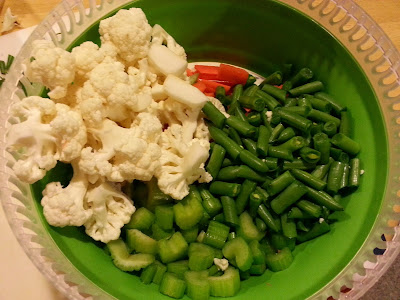 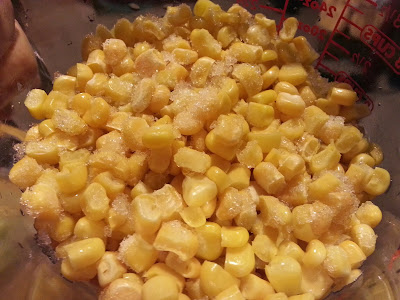 Shit! Nearly forgot the corn!
(Ok, ok. I know this is cheater corn, but I didn't have a fresh cob from which to cleave non-frozen kernels!) 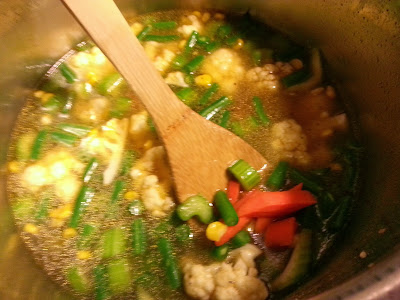 Everyone into the pool! It's time for a dip! 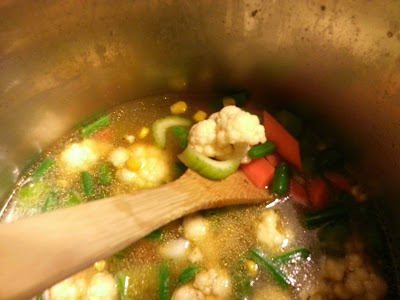 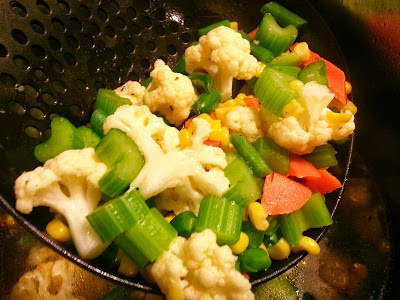 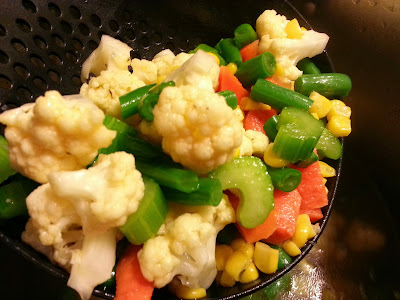 These veggies are very nearly finished! 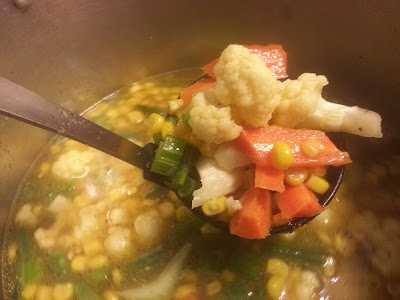 ALWAYS slightly under-do the veggies and  kill the heat when they still have a bit of "tooth" to them! 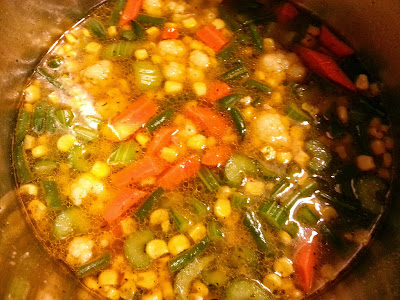 Let them steep for another minute or two while you finish de-boning the rotisserie chicken you got earlier in the day from Sam's Club! 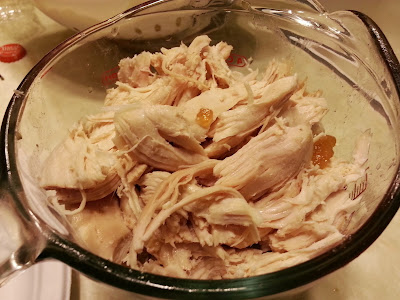 Sure, you could roast or slow-cook a chicken yourself, but for under $5 bucks at Sam's Club, I think I'll just cheat a little more instead of making one myself! 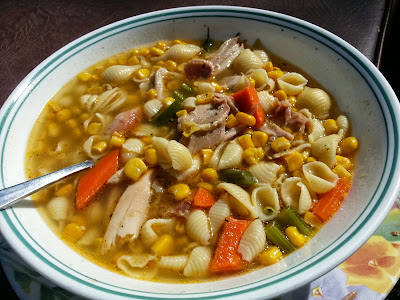 At this point, the only thing left to do is grab a big bowl and serve it up piping hot w/ some noodles!
I like mine w a buncha Shit Yeah! Sauce in it!

Now, how could anyone in their right mind say "No" to a big, steamin' bowl of chicken noodle soup?! 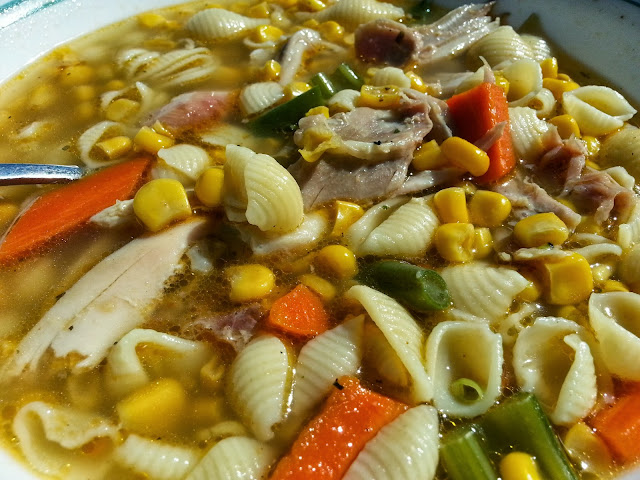