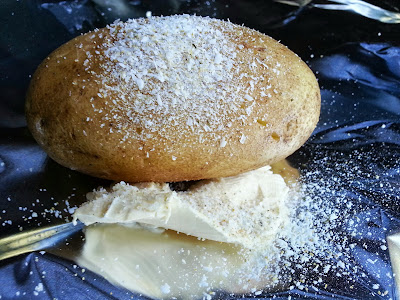 I happened to have a couple of spare spuds layin' around, so I decided to whip up another batch of steak fries and homestyle hash browns!  Check 'em out! 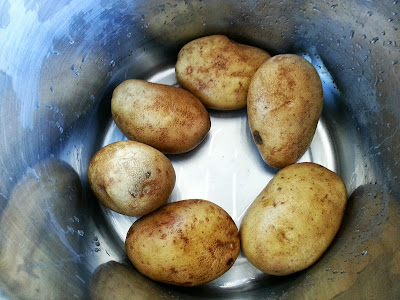 Grab your taters! It's time to make some steak fries! 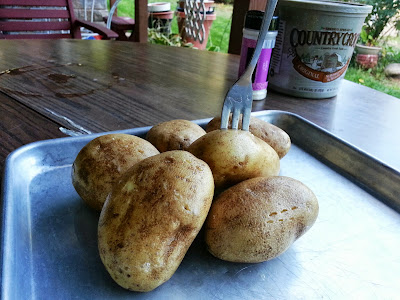 After you've washed 'em, stab the shit out of them w a fork! 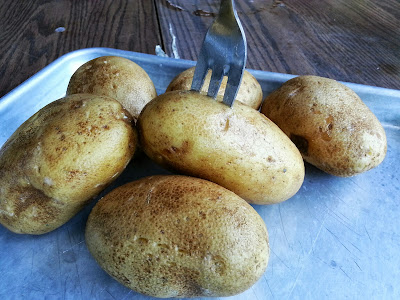 Doing so will create holes that will allow the steam to escape while they are cooking! 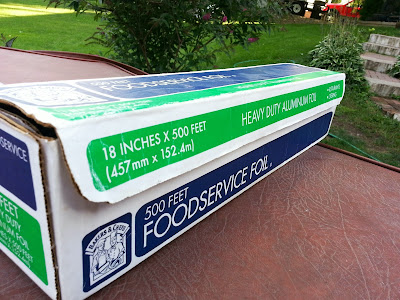 You're gonna need some heavy-duty foil! 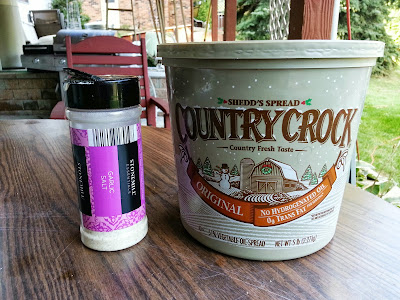 Keep it simple for steak fries & just use a bit of garlic salt & (fake) butter!
Yes, you can use real butter, but I didn't have any on-hand! 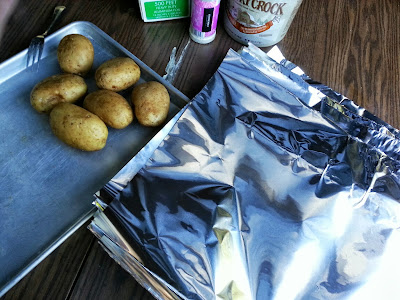 Looks like we've got everything in place and ready to go!

Just a bit of butter and a few dashes of garlic salt oughta do it! 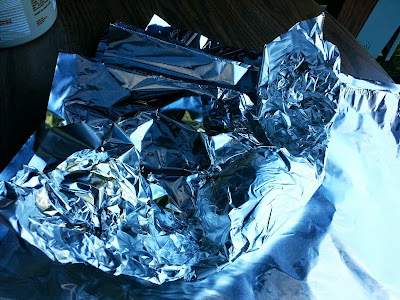 Fold one corner over and start rolling it... 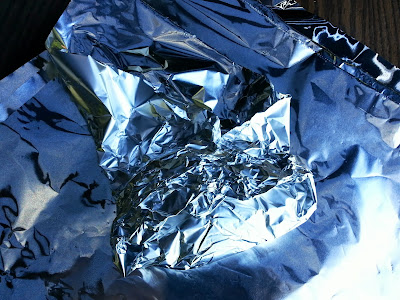 ...then fold in the other corners! 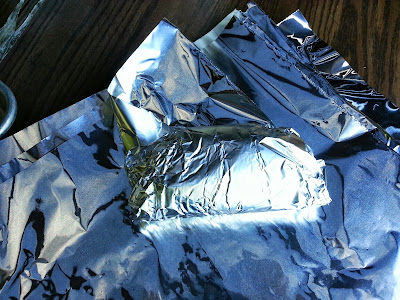 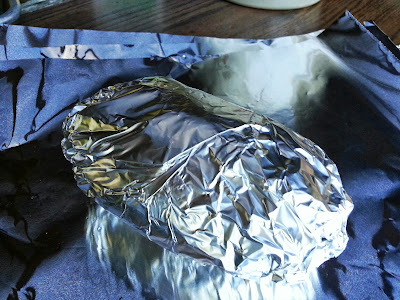 Easy-peasy, right?!  Now get to doing the rest of them! 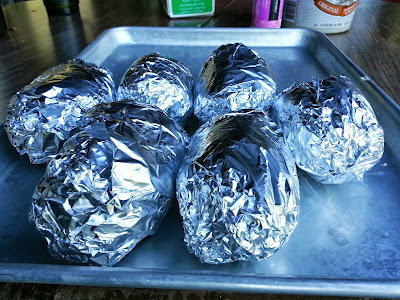 Baked potatoes are just this easy! They can now be tossed in the oven with whatever loaf of bread, slow-cooked meat, or pot of soup you just so happen to be making! 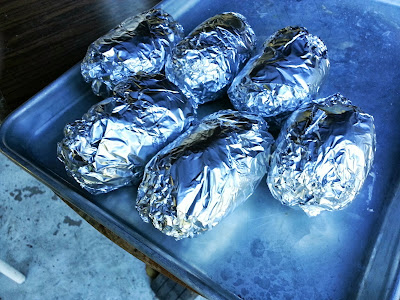 These can also be made a day or two ahead of a camping trip, then placed around the fire to slow-cook as you prepare the rest of your meal! 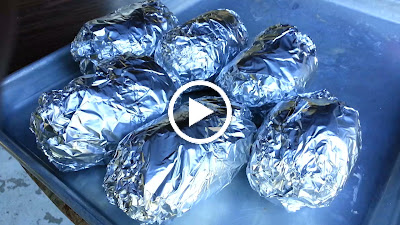 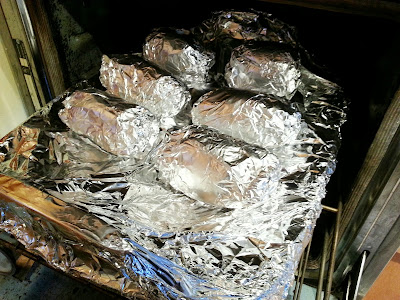 I just so happen to have been slow-cooking some baby-back beef ribs, so I tossed them in on top! 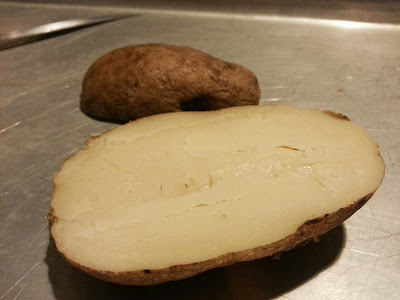 Once they are done, let them cool off, then unwrap them before firing them into the fridge for the night!
This is necessary particularly when you intend to make baked potatoes into steak fries! 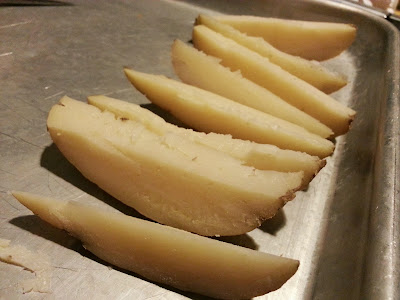 Fridging them overnight will make them set-up so that they don't crumble and fall apart when you cut them! 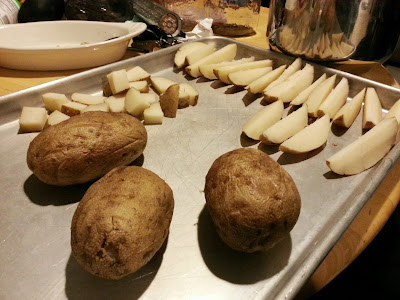 Whatever doesn't cut up well into wedges can be hacked up into homestyle hash browns! 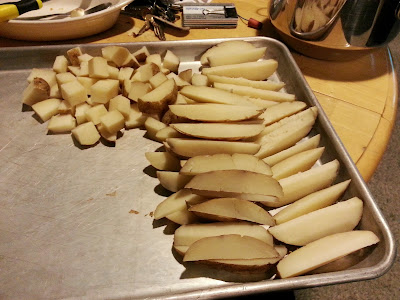 Not a bad yield from just 5 spuds! 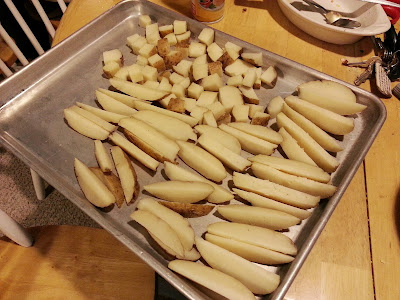 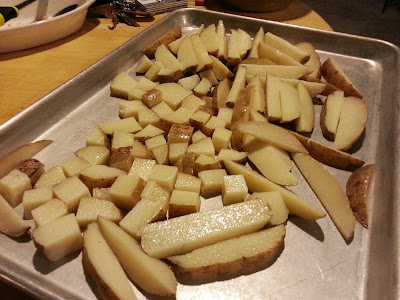 Now, hit 'em w some spray lubricant!
These can now be stoached as-is on this tray in the freezer (covered w/ foil!) to harden them up before tossing them into a freezer bag for longer term storage!  After that, you'll only need to toss them in the deep fryer or on a griddle to fry them up!  Stay tuned for pics of them sizzling hot! 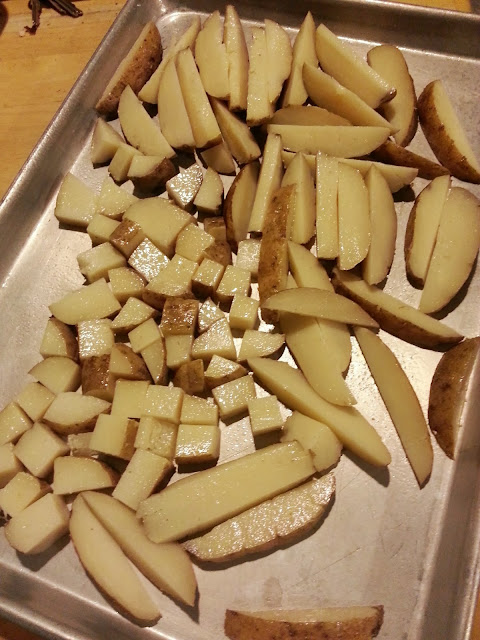