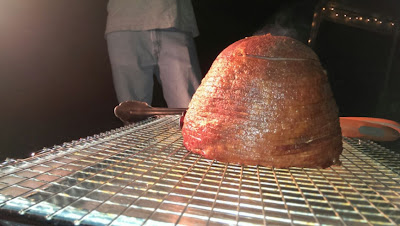 WoooHooo!!  What better is there to serve than a steaming hot, freshly-smoked ham with a big side of tater tots on BFC Night?! Even more ham, of course! 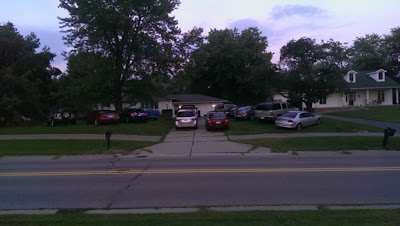 There was a great turn-out at BFC this week!
Over 15 people were hangin' out when I was forced to make a beer run for a fresh keg at 9PM! 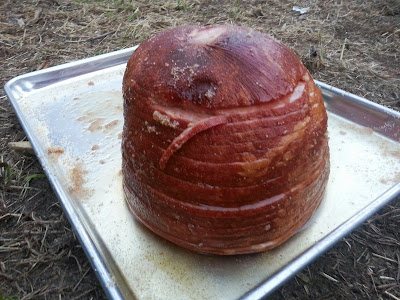 Prior to dropping this in the Orion Cooker, I rubbed it down w the seasoning packet that contains brown sugar, cinnamon, allspice and other seasonings in an attempt to amp the flavor of the meat! 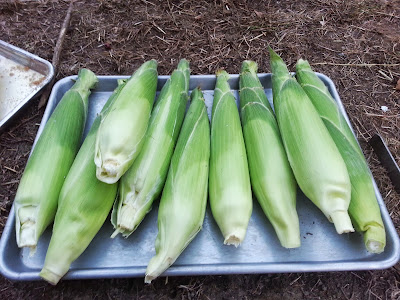 I trimmed up all of the excess shit from the cobs of corn so that they can more easily be handled later! 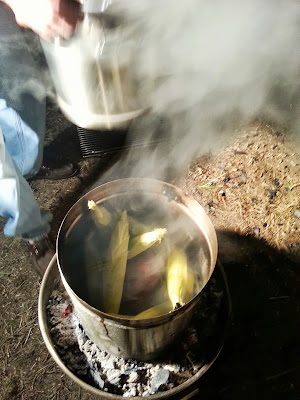 After approximately 45 minutes and a run to the store for a fresh barrel of beer, it was time to toss the corn into the cooker! 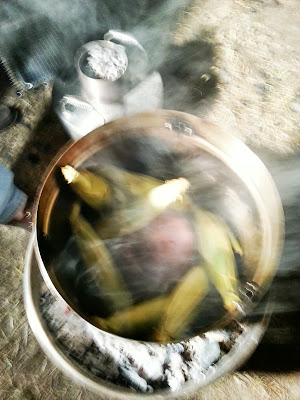 Half hour later and it's lookin' ready! (And perhaps a bit blurry!) 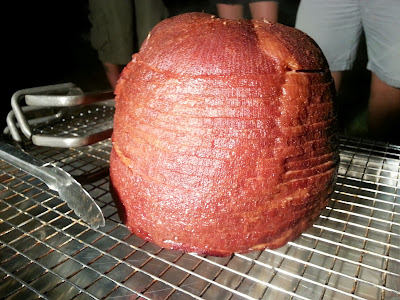 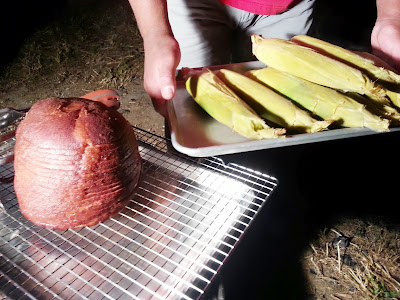 One more quick pic, why not?! 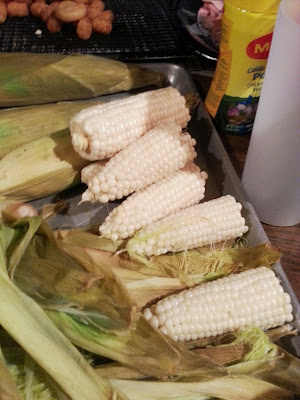 Albino corn!
Smoked corn on the cob is unbelievably tasty! 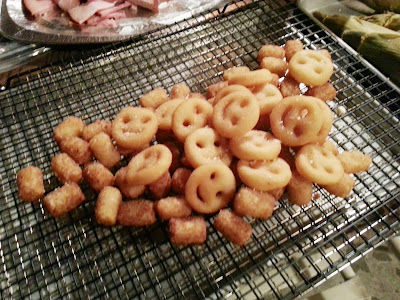 Tater tots and smiley spuds?!  Hell yeah!  They were the perfect accouterments to the ham! 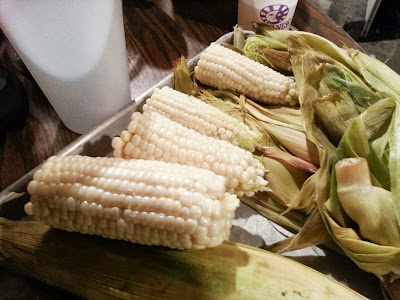 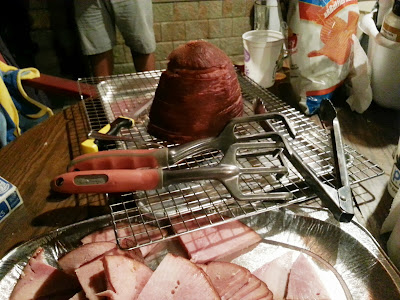 It's time to hack it up and get to eatin'! 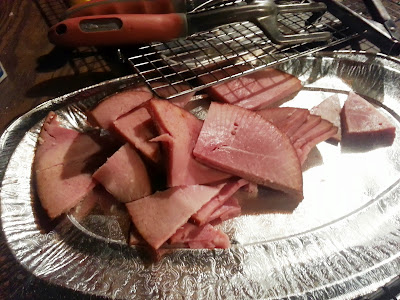 At this point, we cut it up into manageable pieces and the whole gang dove right in!
Of the 7.4lbs of ham we smoked, nearly all of it disappeared that night!
I managed to save just a bit to bring in to work to share w/ a few co-workers!
This was such a hit, I can't wait to do it again sometime soon! 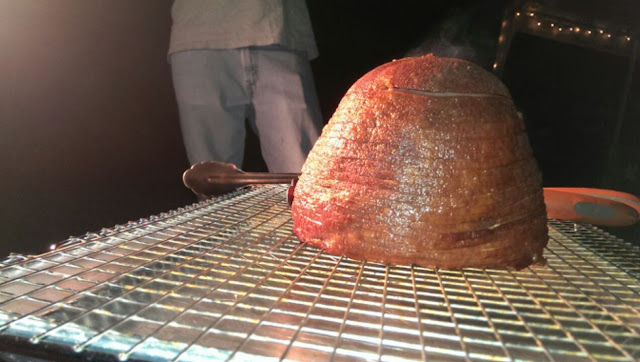