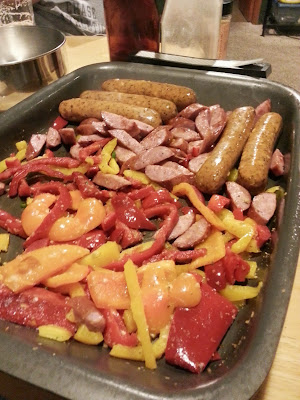 We had a major thunderstorm roll through on BFC Nighta few weeks back, so I decided to grill up a load of sausages and peppers and we washed 'em down w some suds!  Take a quick peek at a few pics to see how we did it! 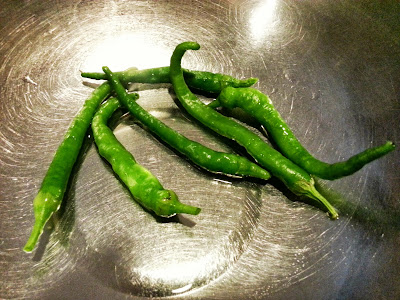 Check out the cayenne peppers I just harvested from the garden! 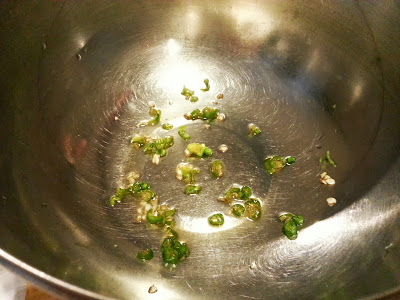 Just one of these all minced up oughta do it!
They're pretty hot! 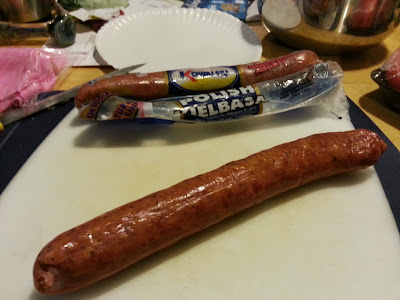 Gotta have plenty of sausage to go around!
This was only some of what we planned to cook up! 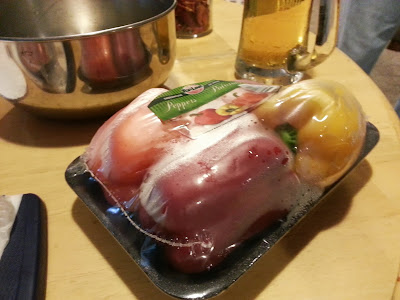 A few bell peppers will go well with the sausage! 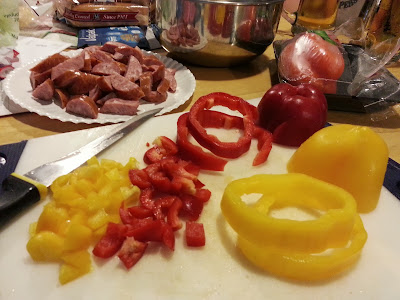 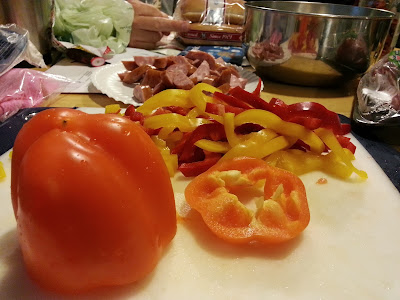 Damn! I wish I had some onion! 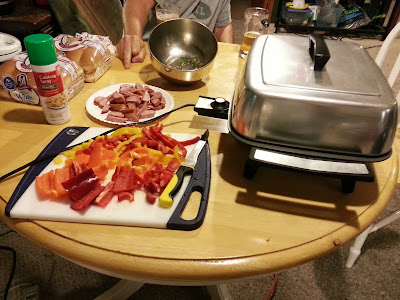 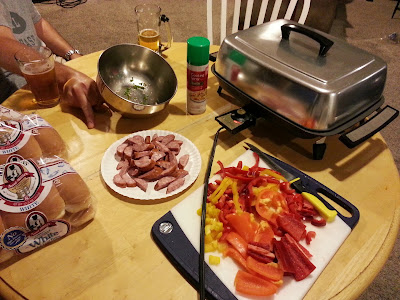 Sausage and peppers are the perfect thing to whip up on BFC Night when it's rainin' cat's-&-dogs out there! 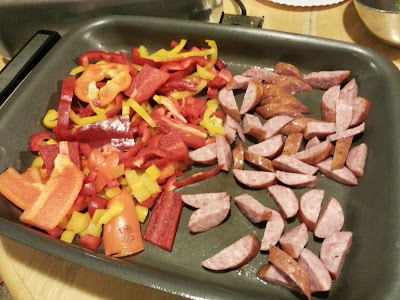 Toss 'em in there and don't forget to hit it w/ some no-stick or a bit of lube! 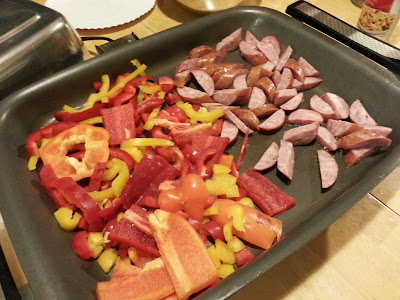 Just a few tblspns of veg oil will help tremendously! Esp on the peppers! 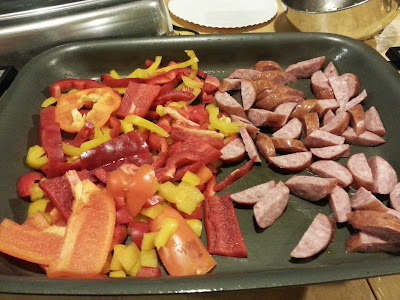 This is lookin' good, but they're somehow naked! 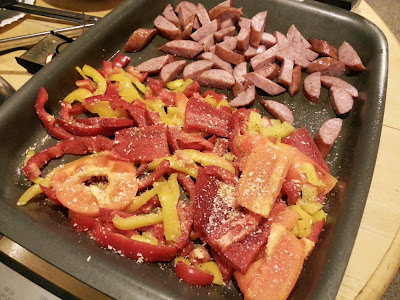 How bout a bit of garlic salt?!  Bam! 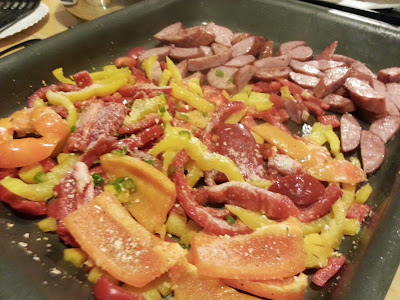 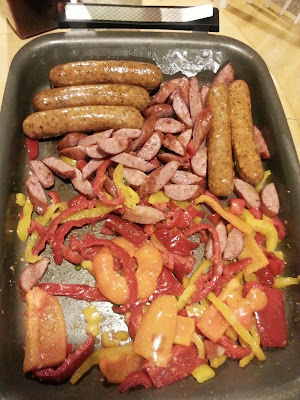 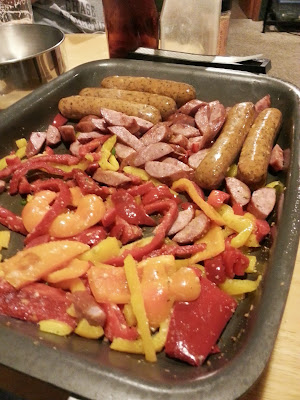 At this point, we tossed in a pkg of Roasted Garlic Mozzarella Chicken Sausage from Sam's Club! 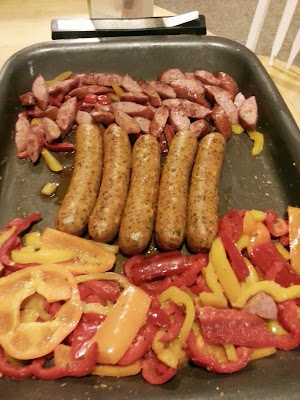 They're fully cooked, so they just need to be sizzled up! 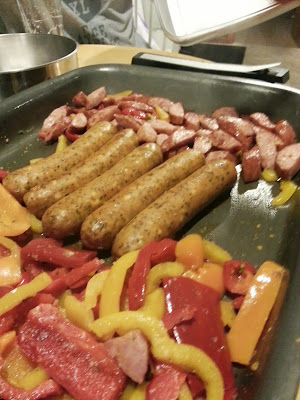 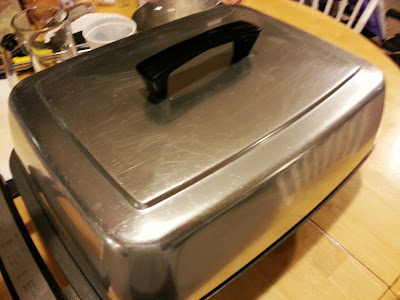 Cover 'em up and let the love happen! 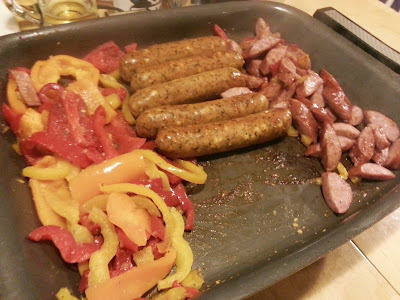 They're done when the sliced kielbasa has crispy edges!
Grab the stadium mustard and some buns! It's time to dive in!
The chicken brats from Sam's were excellent and I would highly recommend them to anyone! 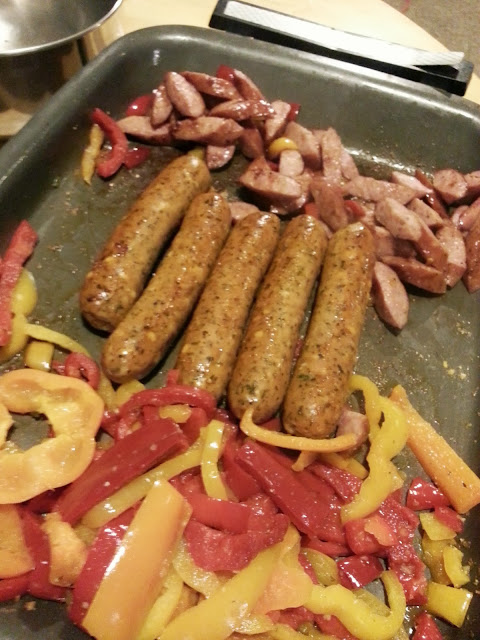