My Garden is WAAAAY better than Byrnes's's!!! 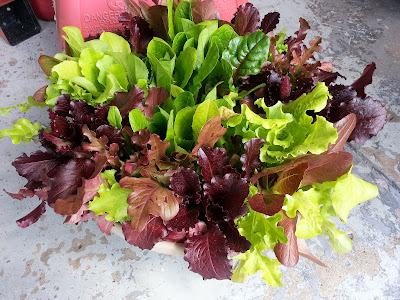 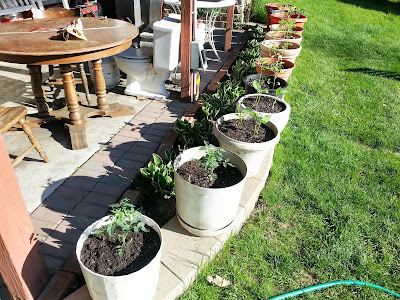 It's finally nice enough to move the plants out of the nursery in the garage to the great outdoors! 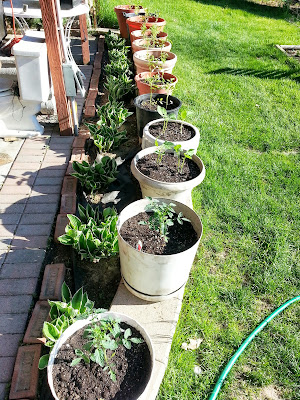 Though rumor has it that the Byrnestyle Agricultural Co-op has a jump on me in regard to getting their garden growing, no (zero) evidence of any sort has been presented to back up this claim! 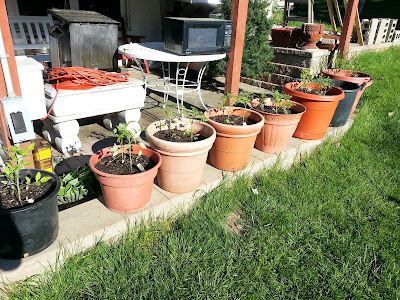 Furthermore, last weekend's late frost may have seriously jeopardized the B.A.C.'s garden,
which would put them WAAAAAY behind the Brewster Roadhouse! 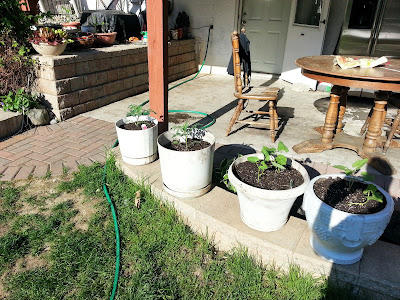 An early assessment of this 2013 season of Garden Wars would clearly illustrate the Brewster Roadhouse as the clear frontrunner and as a strong contender for the trophy!! 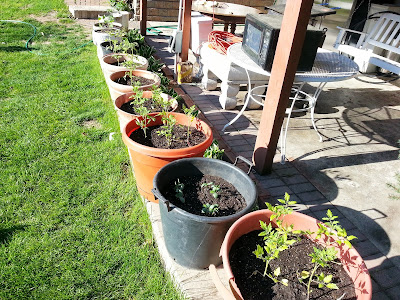 Though the season, and the plants, are still young, it is becoming quite evident who the best gardener is!
(Yours truly!) 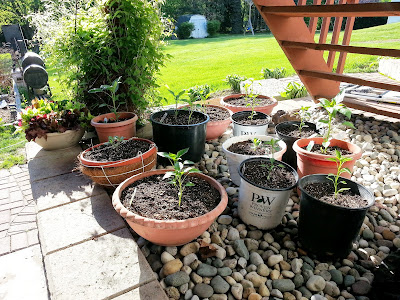 Before you know it, I'm going to have more peppers, cukes, and tomatoes than I know what to do with!
It also looks like I'll end up w a bumper crop of crabapples too! 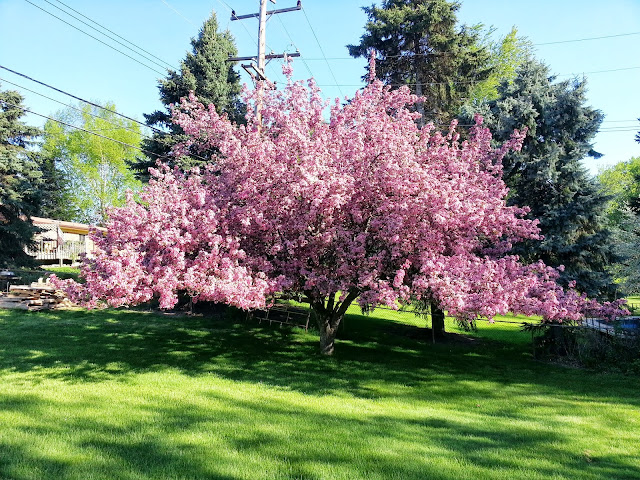 Email ThisBlogThis!Share to TwitterShare to FacebookShare to Pinterest
Labels: Gardening, Screwing Around, Veggies