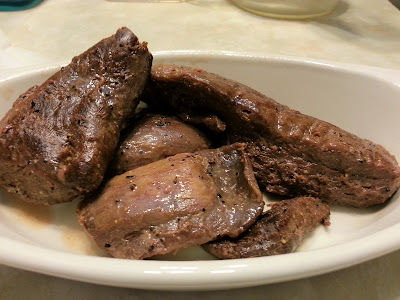 I had a hankerin' for meat ever since the meatless marinara left an imbalance in the Force, so I decided to whip up some venison tenderloin to huck on with Wheat Thins!  Get your eyeballs on these excellent chunks of steak! 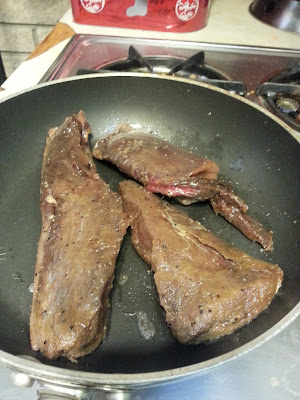 Remember the first deer that I had ever butchered?!
Well, it's time for lunch and I'm jonesin' for some venison! 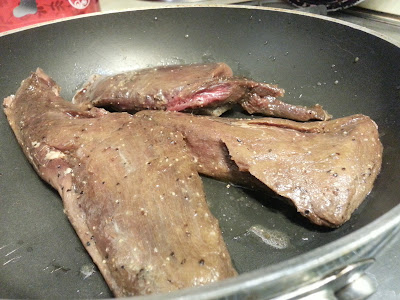 Since I'm only feeding myself, I decided to pull out the best cut of venison! 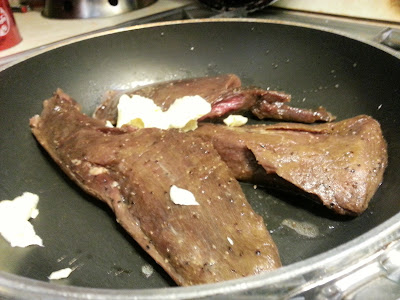 Defrost your meat only long enough to get it pulled apart!
Toss it in a hot pan ẅ some butter! 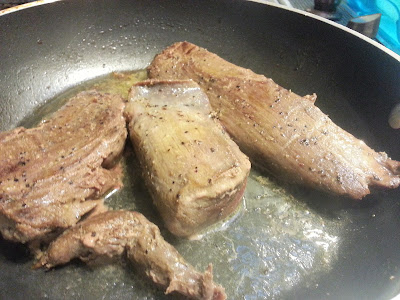 Get a lid on it and sizzle it until the love happens! 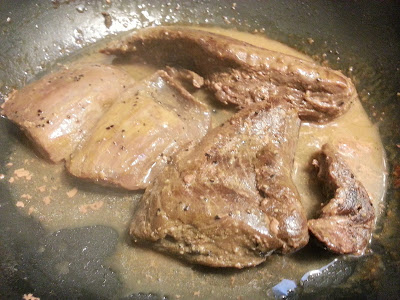 Now it's getting there!
Be careful not to over-do it!
Venison gets tough & chewy quick! 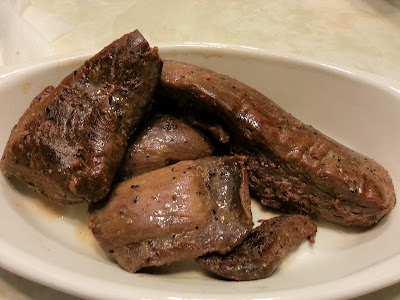 This venison has been the most tender that I've ever had!
It was a yearling doe that I'd butchered,
which is certainly going to be a lot more tender than an old buck!

Venison, done properly, isn't game-y at all!
If you had venison that was tough and game-y, then you haven't
had decent venison!  Call me & I will try to rectify that!
Click here to check out the entire gallery! 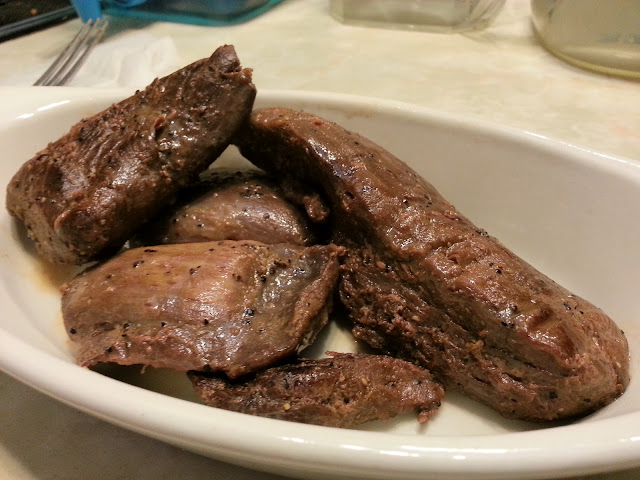 Email ThisBlogThis!Share to TwitterShare to FacebookShare to Pinterest
Labels: Venison