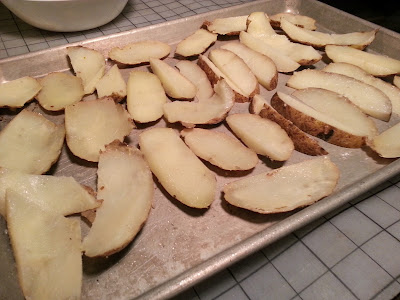 The other day, I got a hankerin' for some deep fried spuds, but I wanted something other than tater tots or fries!  I got to thinkin' that I'ven't had a decent tater skin in eons, so why not wing-it and try to make some myself!  Check out how it did it!


I had a batch of soup in the oven the other day
when I remembered that Crazy Dave had donated a big bag of spuds on BFC Night!
I got to thinkin' about how I could do "something different" with them
and I realized that we haven't yet tried to make our own tater skins!
Suddenly, it was ON! 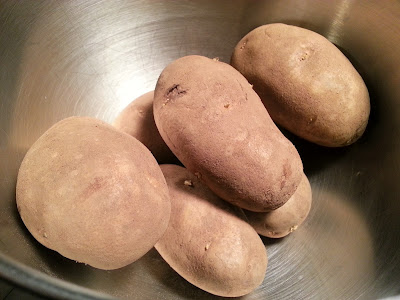 That oughta do it! 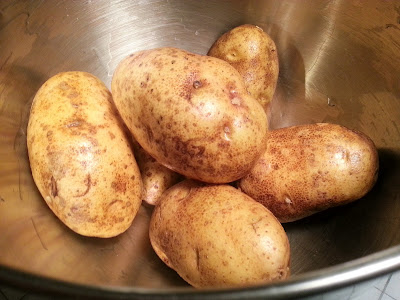 Amazing how much dirt comes off of them! 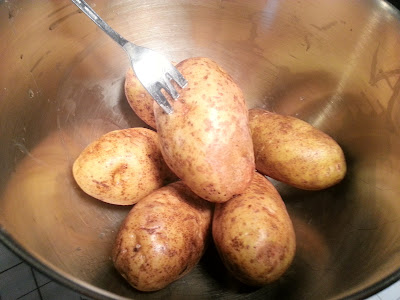 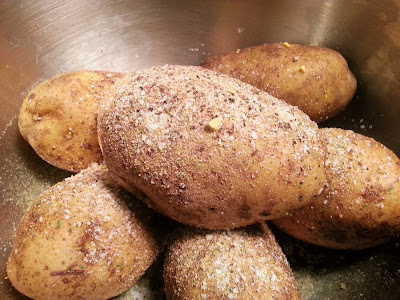 I hit 'em with some sea salt, fresh-ground black pepper, and granulated garlic! 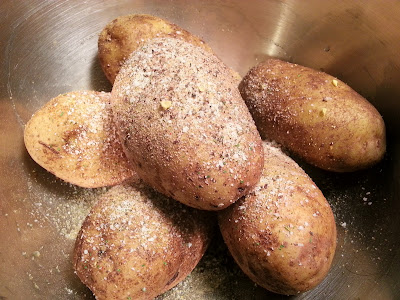 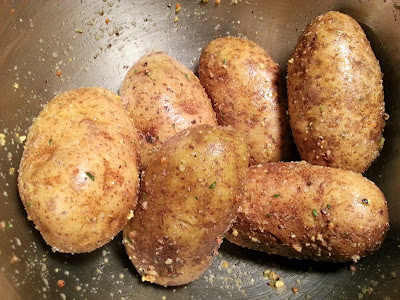 Just a weentsy bit of water will help the spices stick! 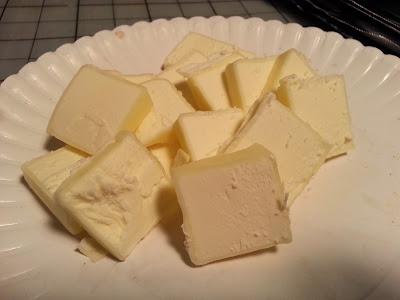 Whack up a stick of butter! 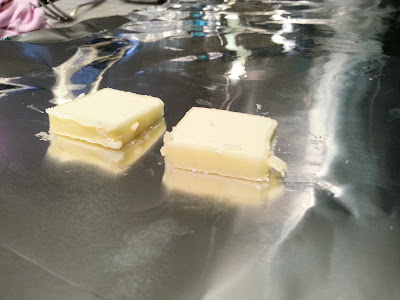 Two per spud should be sufficient! 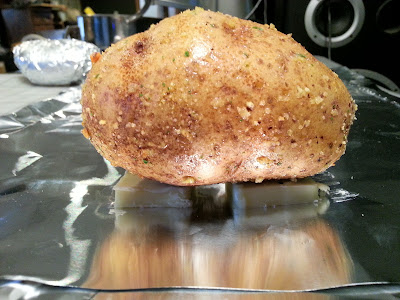 Plop a potato on top! 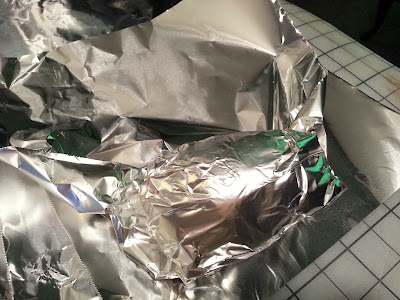 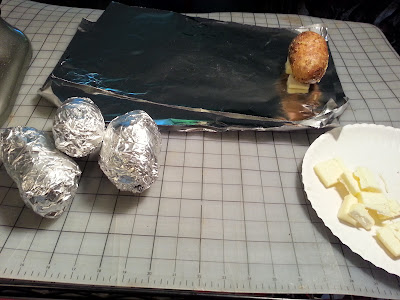 This should go pretty quick! 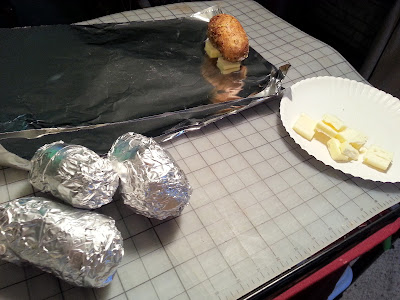 Unless, of course, you are screwing around taking buttloads of pics for a cooking blog! :) 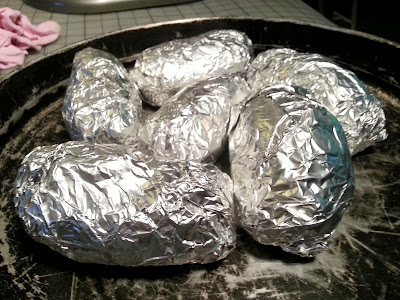 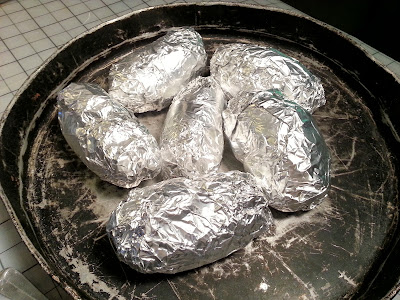 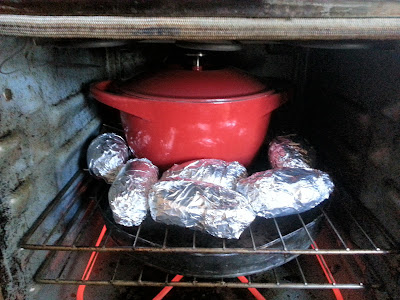 Cram them in the oven ẅ your weekly batch of soup!
I chuck the pan under them to catch any butter that might work its way out! 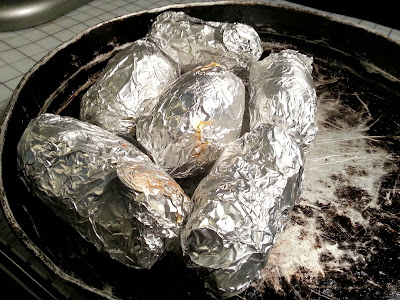 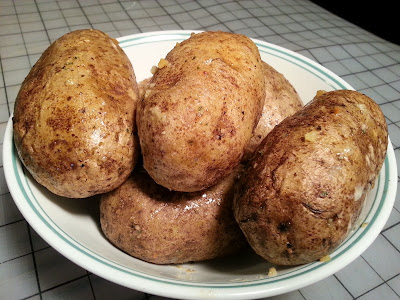 Let them cool down a bit before you go screwing with them! 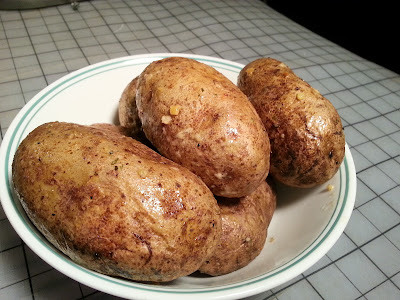 Be carefs, yo! They're HOT! 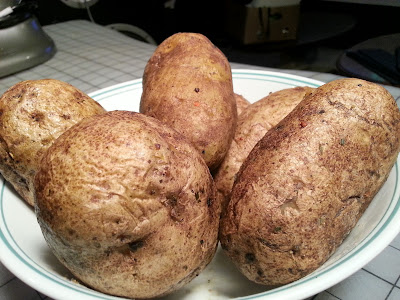 Now, put them out in the icebox we call Michigan
just until they are cool to the touch.
Doing this will prevent them from falling apart when you cut 'em up! 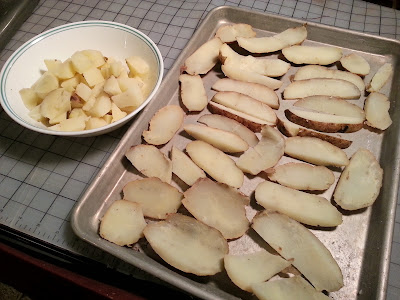 Five minutes ẅ your favorite blade & they'll be ready to go!
I shaved off 3/8th's inch thick pieces with the skins on them
and saved the soft innards to make into home fries for breakfast!

Hit them ẅ a little no-stick spray, then chuck the whole thing in the freezer! 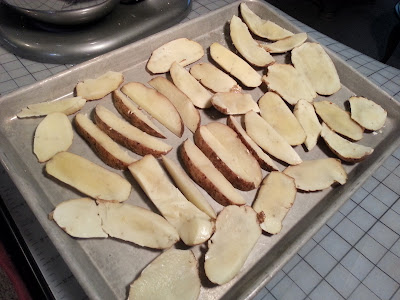 Once they are frozen solid, they are ready to toss into the deep fryer! 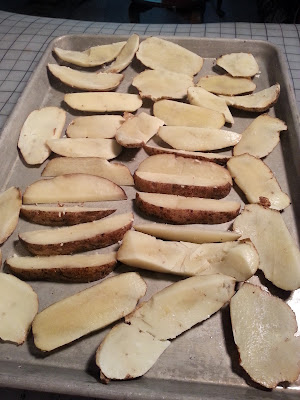 By freezing them before deep frying, they will be less likely to fall apart! 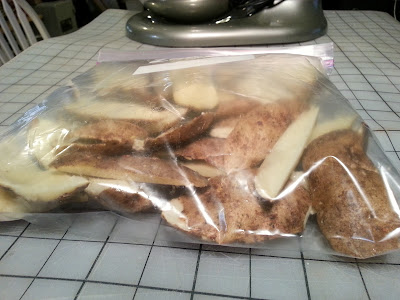 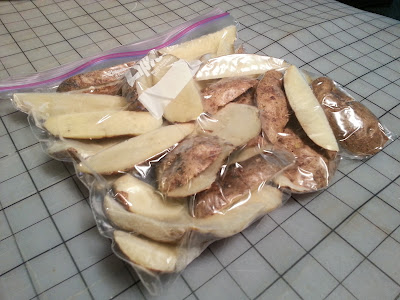 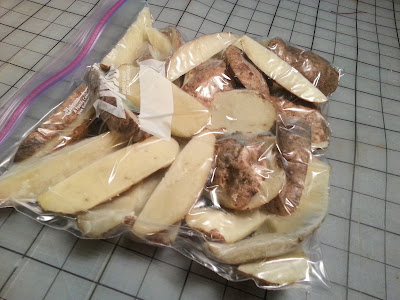 The no-stick spray should keep them from sticking together later.
Just a few minutes in some rocket-hot oil and they'll become a highly-endangered species!

Stay tuned for another post with pics of these babies after they're fried!
Click here to see the entire gallery! 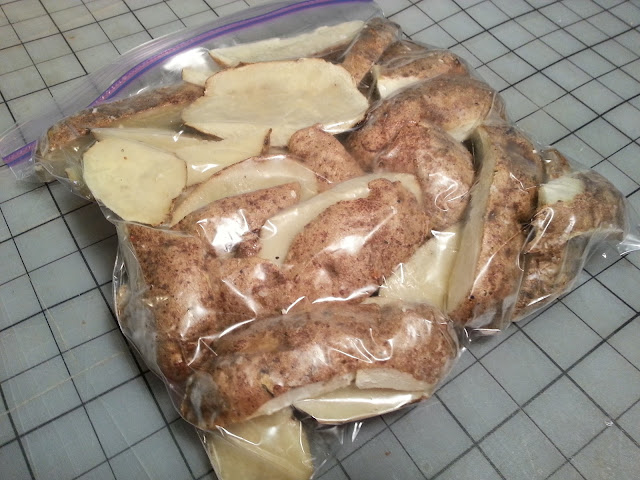