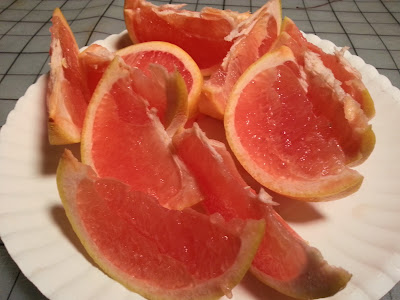 Those of you who know me well, know that I love me some grapefruit!! I don't care what time of day it is, I'll gladly eat an entire one in a matter of minutes! 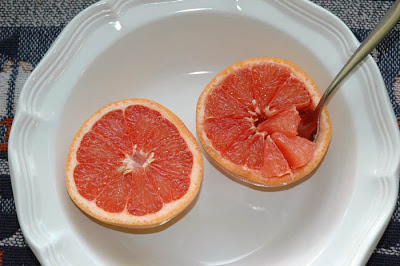 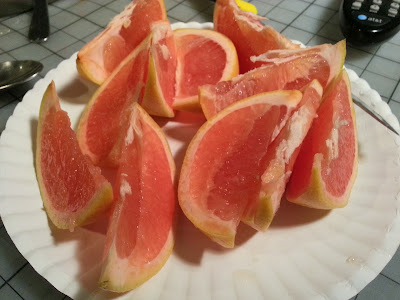 Instead, slice it thin, just like you would an orange!

Decent grapefruit shouldn't need additional sugar on it!
If you still feel compelled to do so, perhaps you shouldn't be allowed to eat grapefruit! 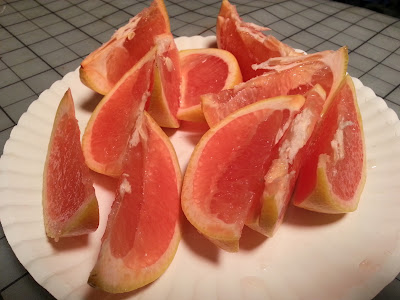 By slicing it up into wedges, it allows you to eat not just the meat of the grapefruit,
but also a significant amount of the pulp around it, which contains a LOT of fiber!

Also, did you know, grapefruit inhibits the body's ability to uptake (process) caffeine,
which means that caffeinated drinks have a longer lasting, more potent effect! 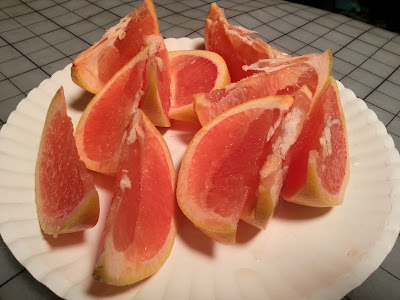