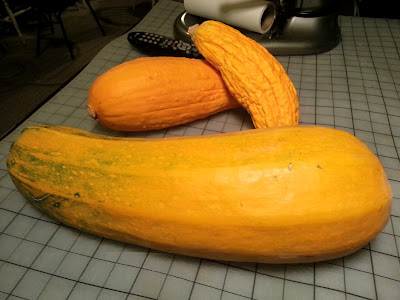 Dave at ABSAP really had a hard time believing that, given enough time, a zucchini will turn yellow! Click here for more proof!! 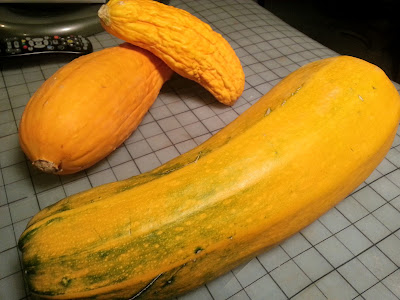 In July of 2012, Byrnes gave me a ton of vegetables from his garden,
among which were the gigantic zucchini & pair of squash you see here. 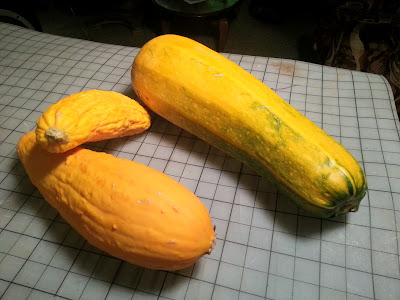 I ate the smaller zucchini he had given me,
but I just kinda hung on to these because they were over-grown. 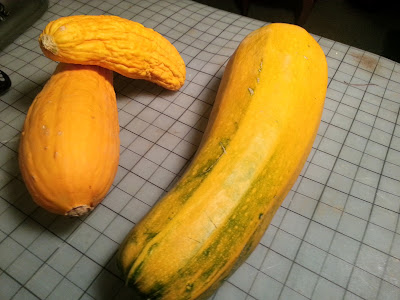 The harvest from his garden was so prodigious that he had enough surplus
to donate quite a bit to a local shelter.
I set these aside on a counter as a sort of decoration
figuring that I would get rid of them when they start to rot. 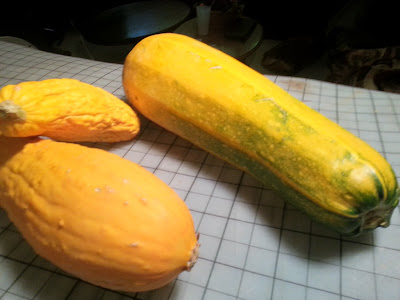 As you can see, they look remarkable considering they were
harvested nearly 9 months ago! 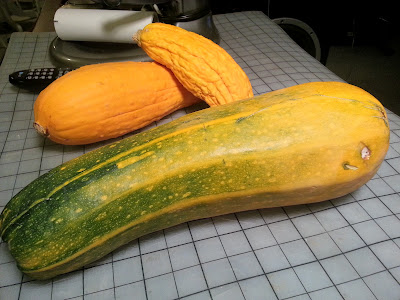 In this pic, you can see the other side of the zucchini
that still shows some of the green that it used to be! 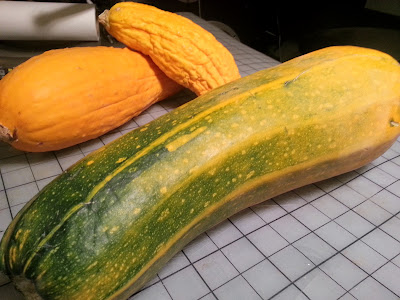 It took a long time, but eventually it turned from a dark green to the yellow you see below!

Last, but not least, definitive proof that this zucchini started out green,
just like every other zucchini!
The pic below was taken in early Oct 2012!
They happened to be in the bottom corner of a picture I'd taken
prior to cleaning up the basement.
Toldja I wasn't bullshittin' ya, Dave!
Now, stay tuned for a future post when I try to
discover if these things are still edible! 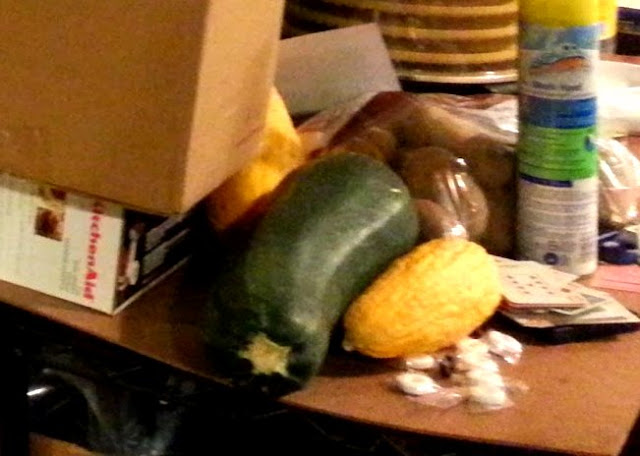