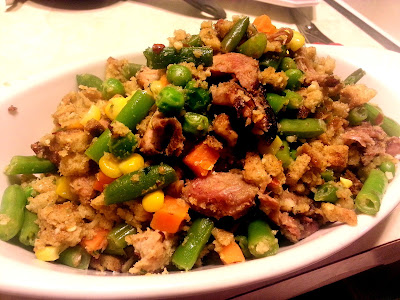 Last night, I kept dinner simple because I was only cooking for myself.  I also wanted to keep it sorta healthy bec I've been piggin'-out during the holidays!  Fortunately, healthy doesn't necessarily mean devoid of flavor! Click here for more! 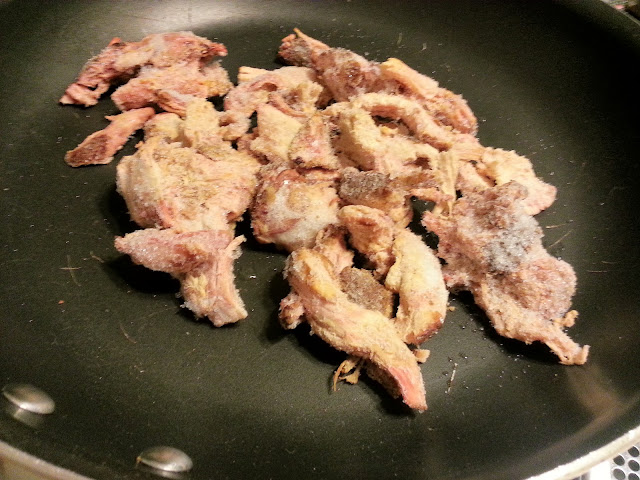 ALWAYS make "too much" pork when you smoke it!
Doing so will allow you to stoach one pound bags
in the freezer for later! 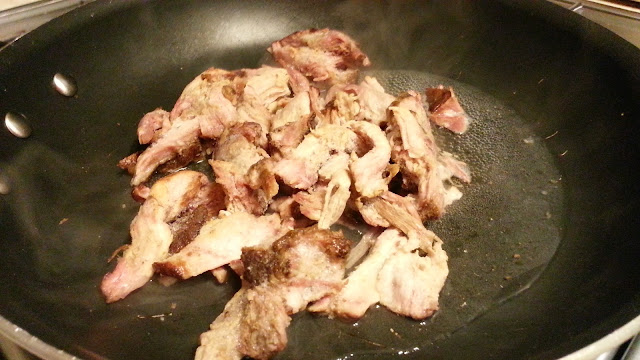 Toss it in a pan on high w some water or beer to get it sizzlin'! 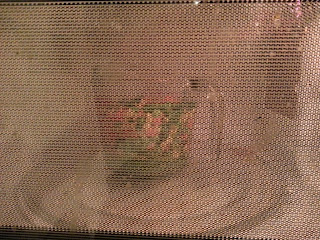 Throw a 1lb bag of mixed veg in the nuker with a tblsp of butter & some garlic!
I added more green beans to this bec I had them handy.

4 minutes on high (give or take)
will give the meat enough time to heat up!

Crank the heat and put a lid on it! 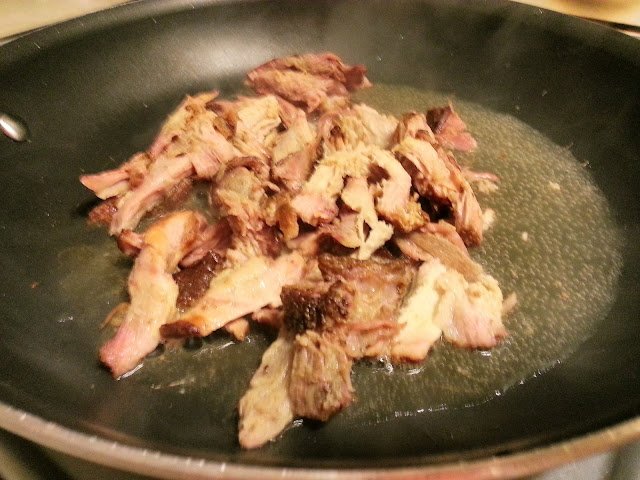 The meat will defrost pretty quick because it's not frozen into a solid block. 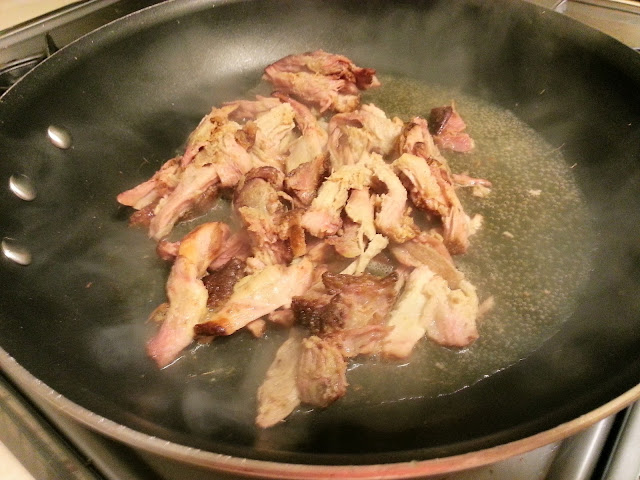 Don't forget, this pork is fully-cooked,
so it only needs to be heated up! 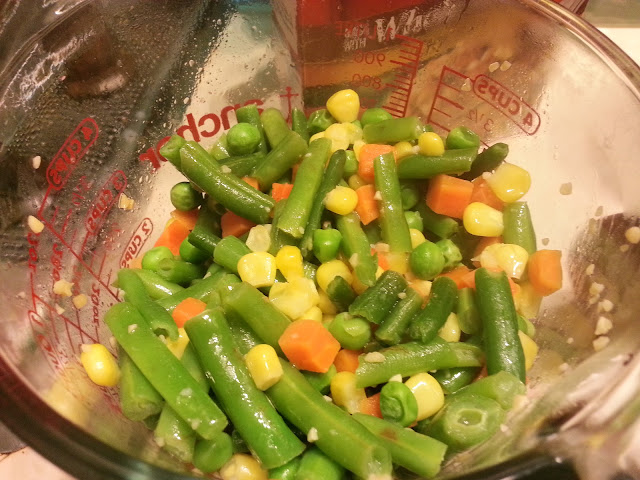 The frozen veg shouldn't take more than 5 min, tops.
Go ahead and chop all sorts of shit up, if you want.
I went the quick & easy route tonight instead! 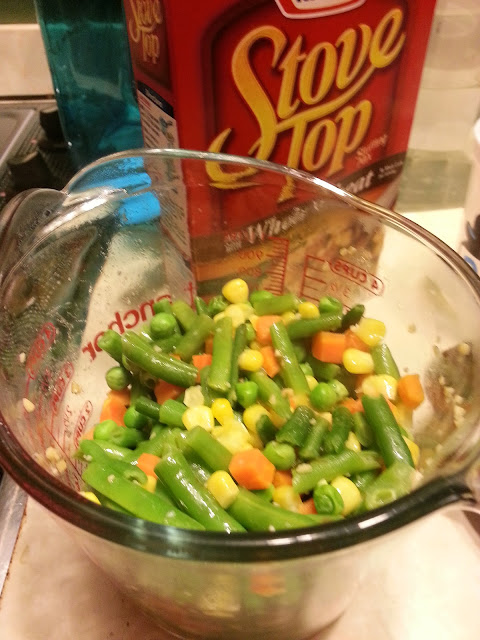 Looks ready to me! 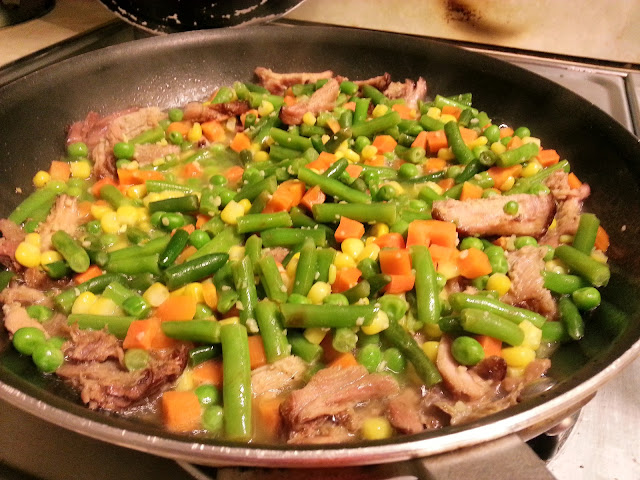 Throw it in with the meat with an additional cup of H2O
and some Lawry's Seasoned Salt!
Bring it back to a boil then... 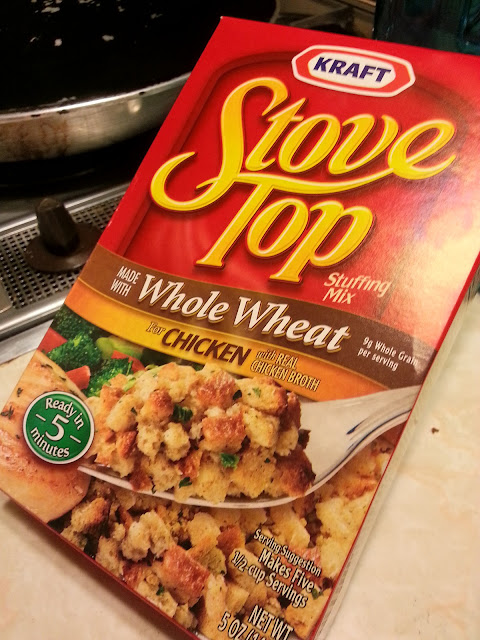 ...grab your carbohydrates!
In this case, I used a Whole Wheat Stove Top Stuffing,
but you could have used couscous or rice (made separately). 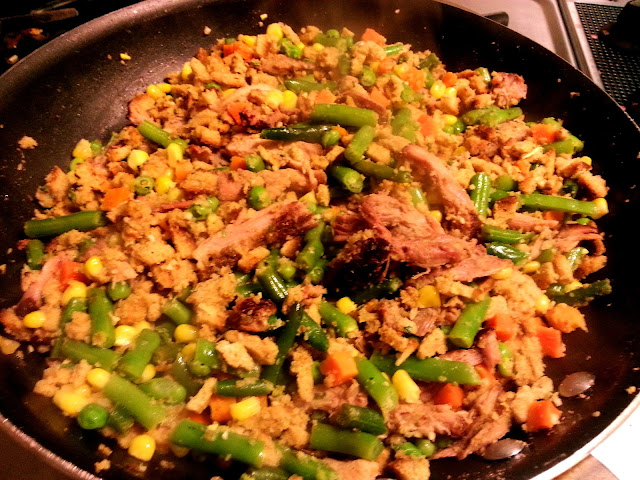 Toss it all together, stir it, then cover it
and let it sit while you go grab another brewski. 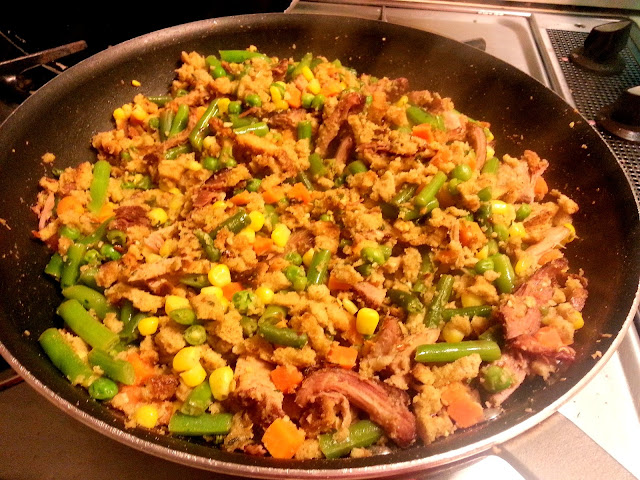 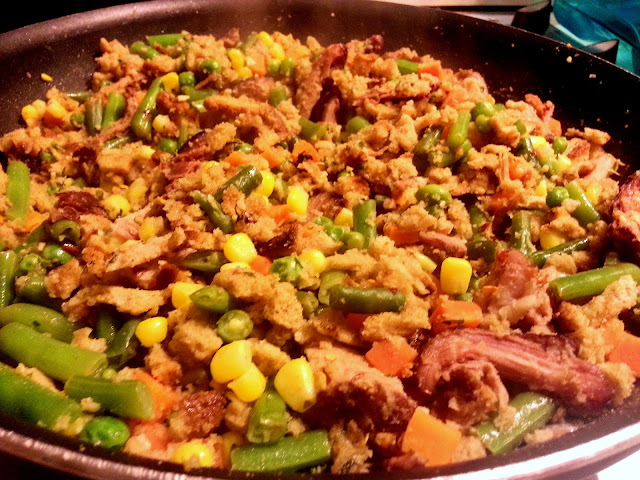 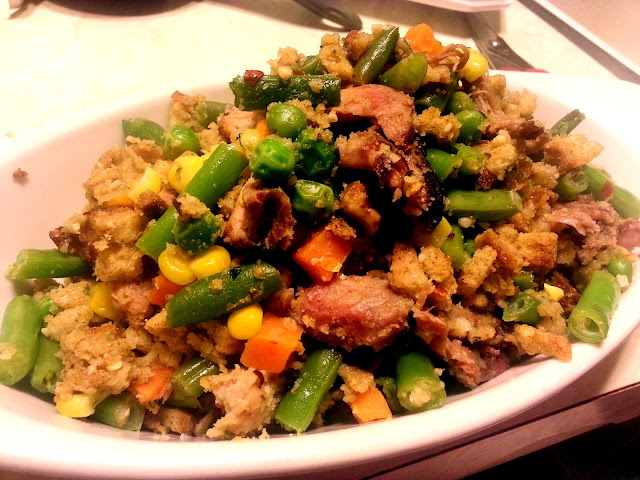 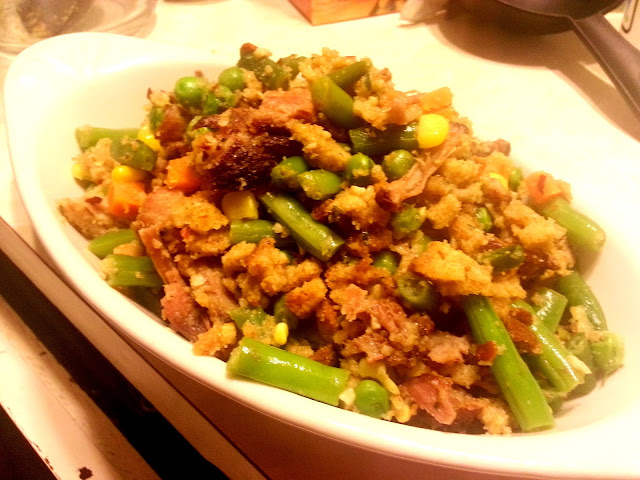 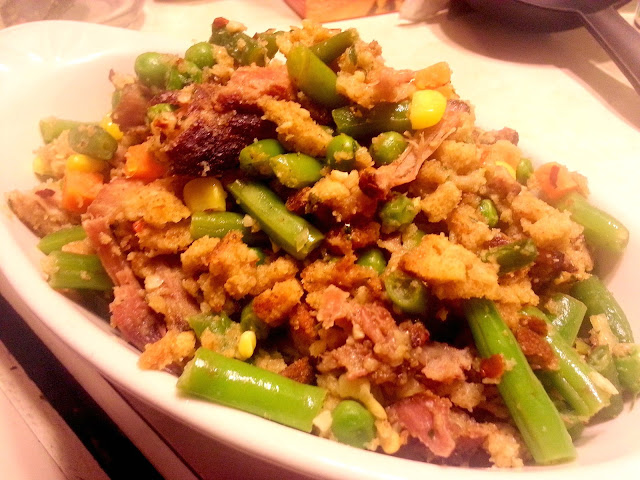