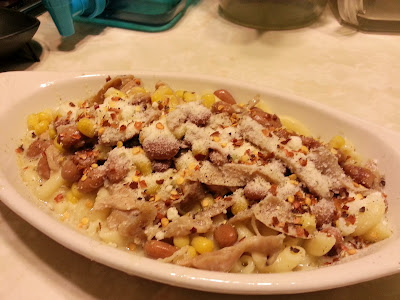 Hey!!  I don't know about you, but I'm tired of people eating white meat chicken chili as though dark meat was non-existent! Honestly, white meat chicken doesn't have the right texture, flavor-retention, or the ability to retain its moisture! Seriously, take my word for it! Click here if ya don't believe me! 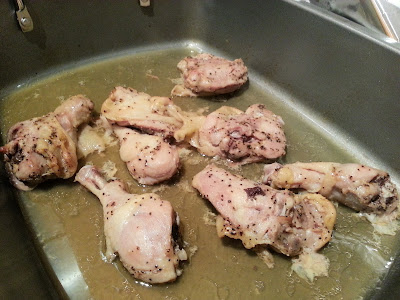 I wasn't cooking for a crowd this time,
so I only used 2lbs of my "Pub Style" thighs & drummies. 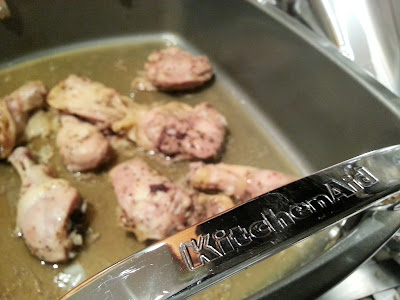 I tossed them into my KitchenAid oven roaster with half a beer and covered them with foil! 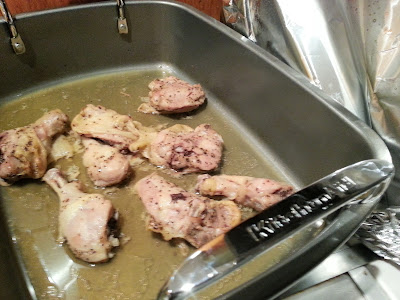 At this point, these had already baked for over an hour and they were ready to go!
I yanked the meat out of the pan and set it aside to cool off a bit. 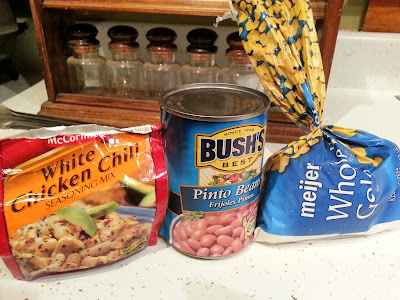 One packet of McCormick White Chicken Chili Seasoning Mix,
a can of Bush's Best Pinto Beans, and half a bag of corn kernels... 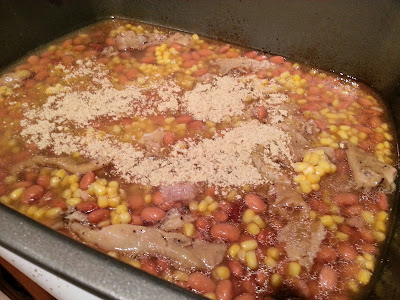 get tossed in the mosh pit!!!
You are rocking out while making this, right?!

(I'm an affiliate for Amazon and this is a damn good deal,
especially if you have Amazon Prime!) 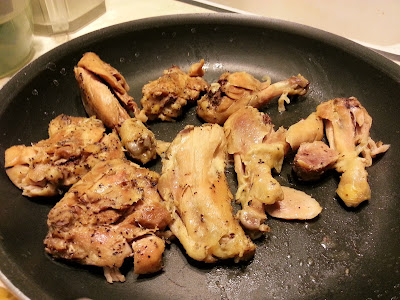 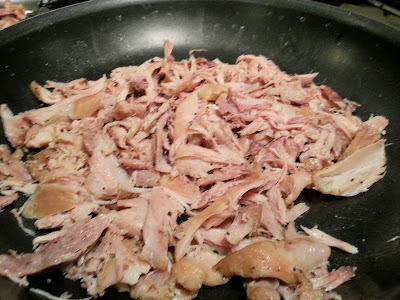 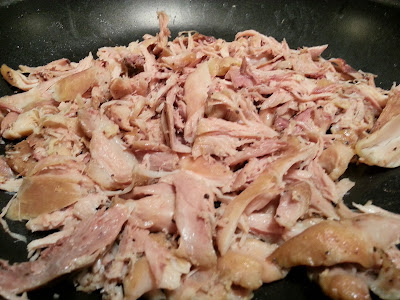 Sexy close-up!
p.s.  I've decided to forego post-editing my pics because
it was taking far too long and preventing me from posting content.
If you would like to be my photo editor
PLEASE contact me! 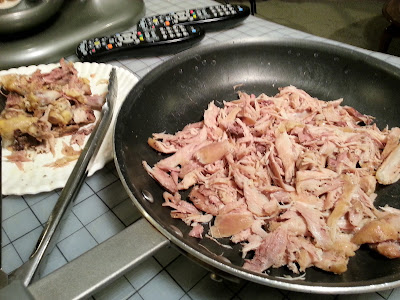 Shit on the left, dark meat on the right! 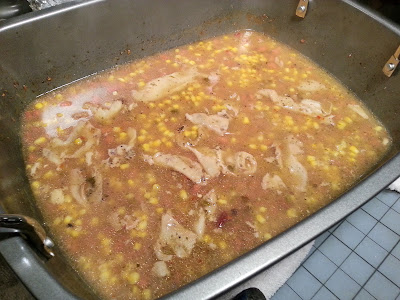 Now, grab the rest of the chili from the oven in which it was simmering,
and ditch those lumps of skin you'd tossed in there to catalyze the happening of the
love. 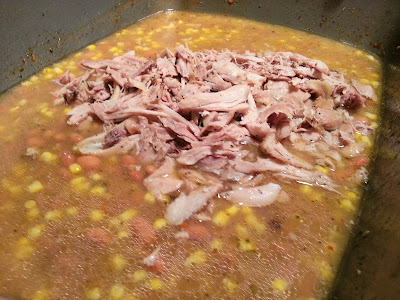 Toss the chicken in with the rest! 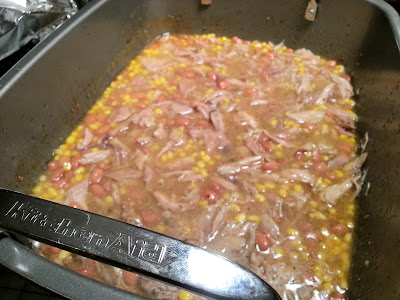 Give it a stir!
I don't have to worry about scratching my KitchenAid oven roaster
because it is tough as hell!
Hmm, this chili needs something! 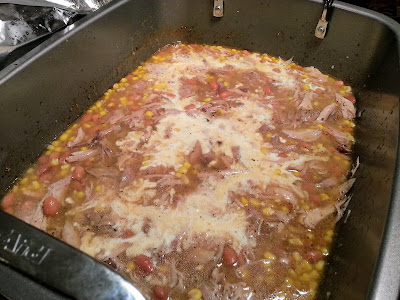 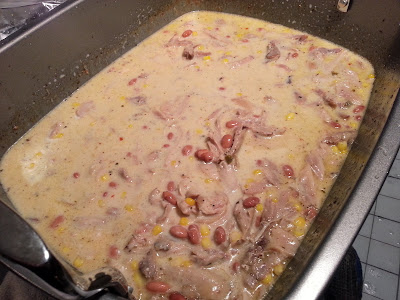 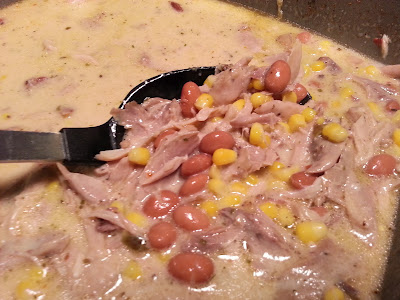 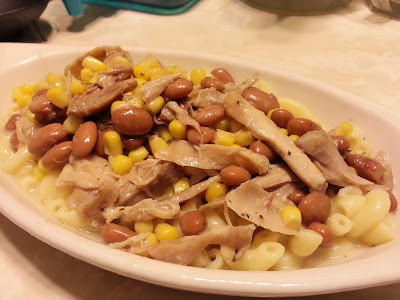 Why not kick it up a notch?!
I added a bit of Parmesan/Romano cheese & a whole bunch of red chili pepper flakes!
A little fresh ground black pepper never hurt either!
Damn, this chili was just what the doctor ordered on a cold Michigan winter evening in December! 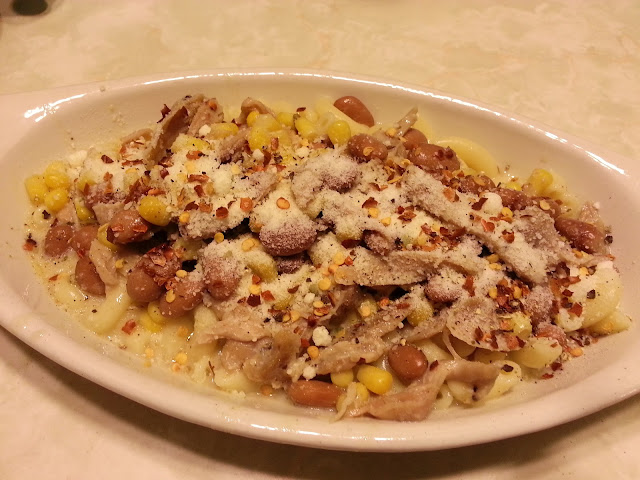