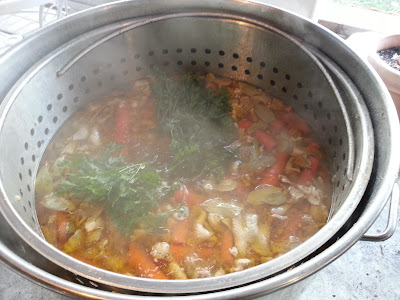 High quality chicken stock is a rare commodity that isn't necessarily difficult to make, but can take seemingly an eternity!  Click here to see how I made a massive batch at ChickenFest! 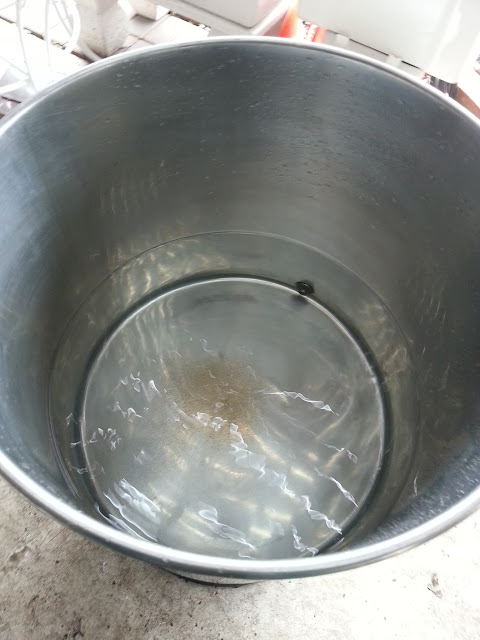 It took me 20 minutes to fill this big stock pot
hauling 8 quarts at a time from inside the house! 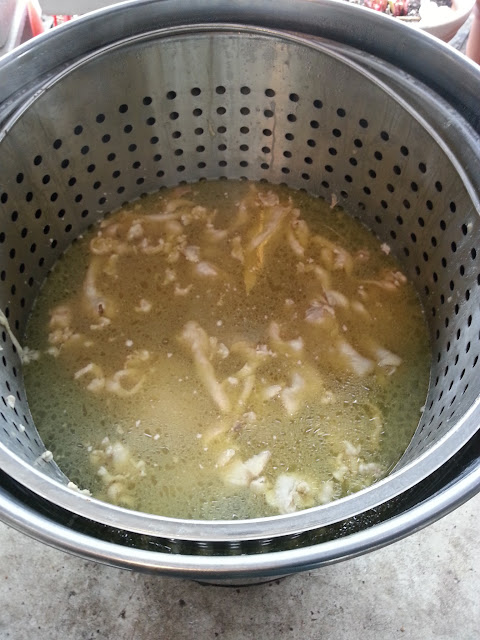 Now it's time to toss in the basket of bird carcasses! 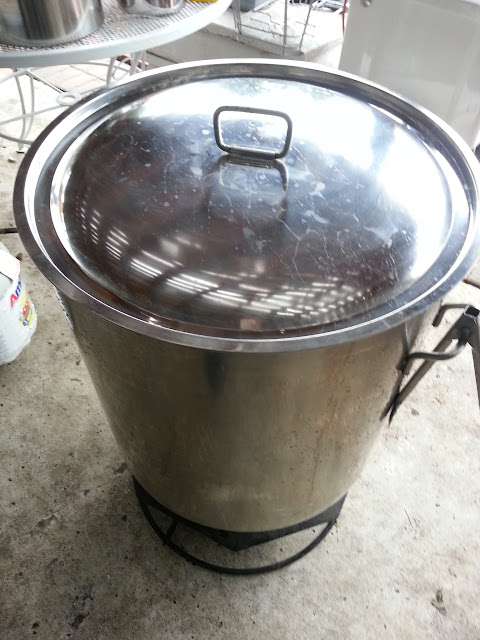 Get a lid on it and fire it up!
A pot this big is going to take an hour reach a boil,
so get it going while you get the rest of your things together. 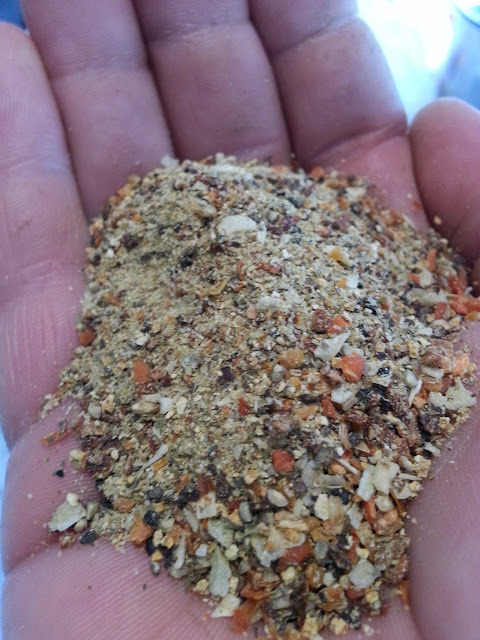 This is an un-color-corrected photo of just a small portion
of the seasonings that I put into this pot!
This happens to be a salt-free Mrs. Dash blend from Rocky's in the D! 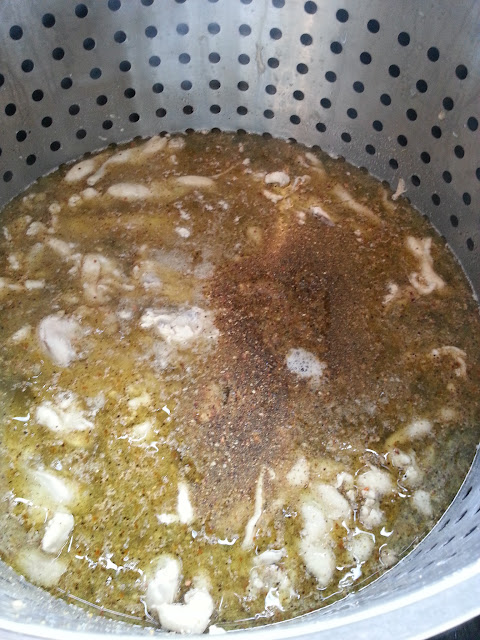 In go the spices!
Be generous!  There is a LOT of stock being made here! 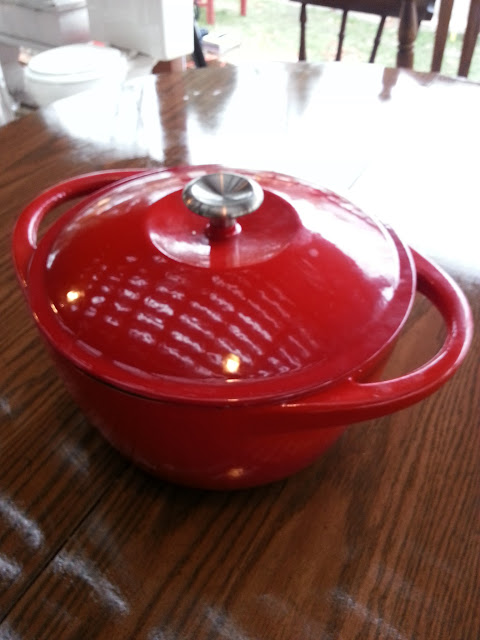 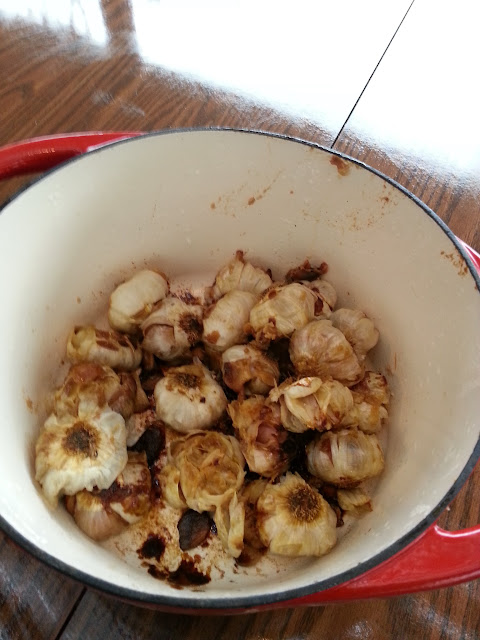 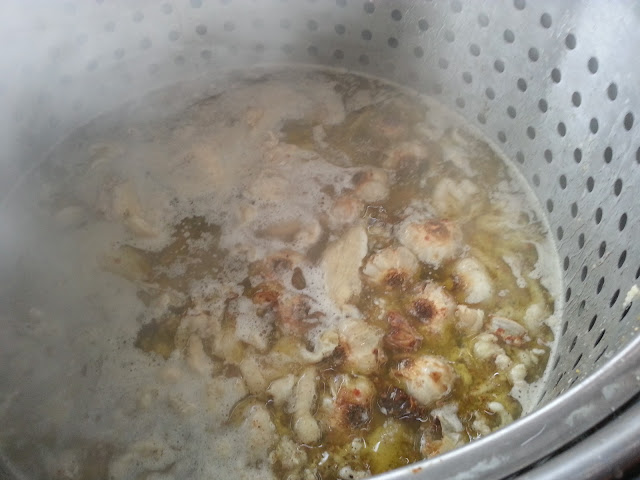 Look how happy that garlic looks!!! 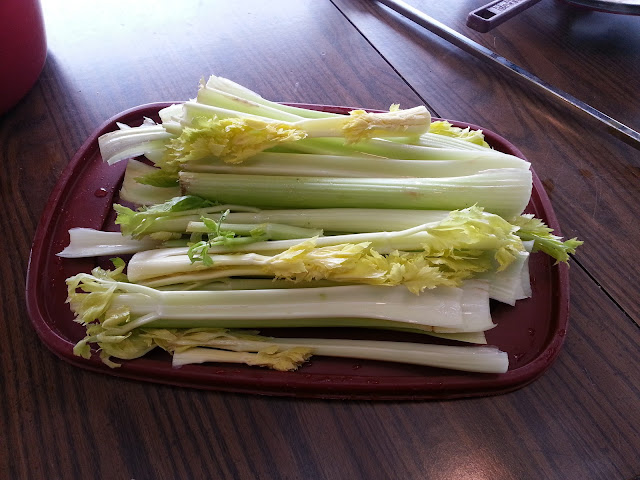 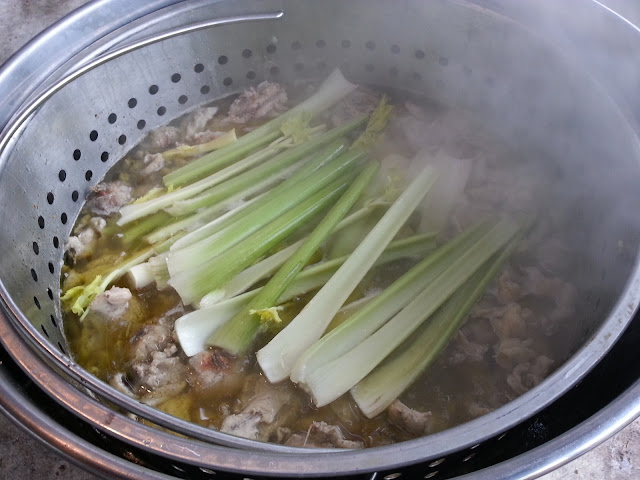 This is nearly 3 full heads of celery!
I saved some to put in the soup later! 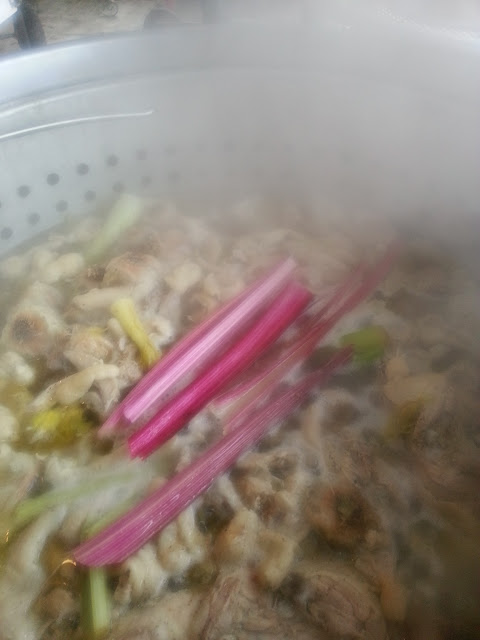 Here's a shot of the Swiss Chard jumpin' in!
The steam was making photography difficult, as you can see! 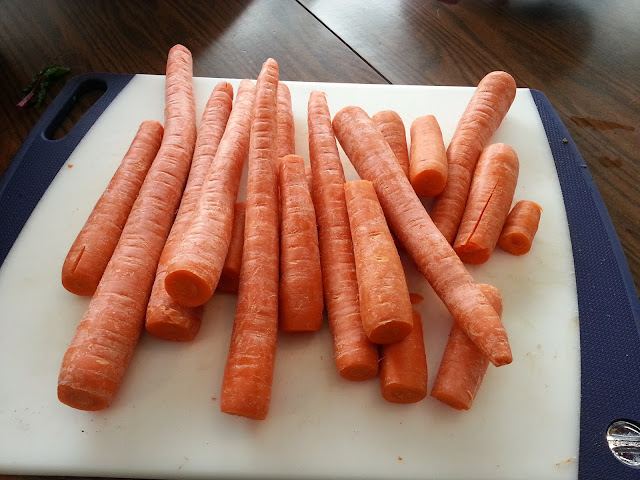 5 lbs of carrots aughta do it! 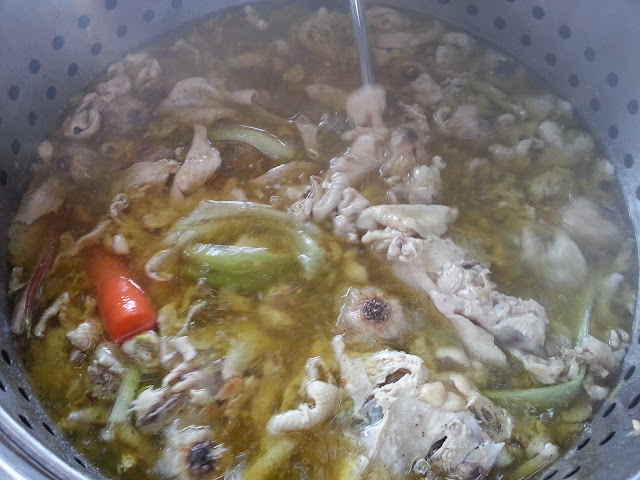 Toss 'em in and give it a stir! 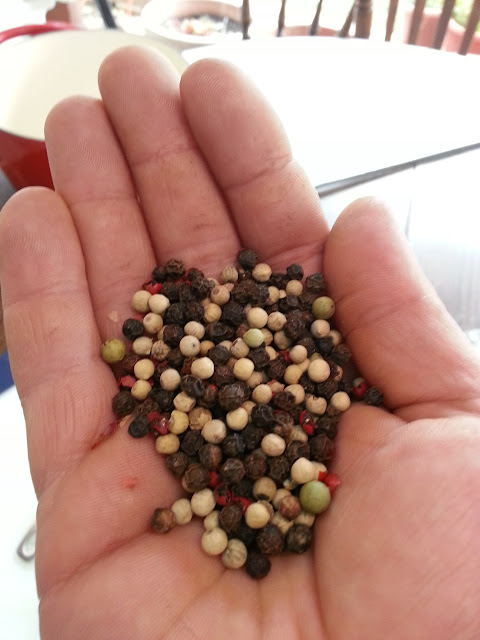 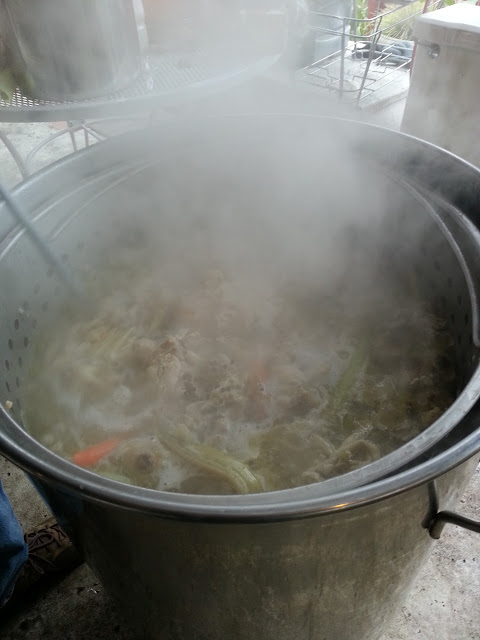 Keep the lid on it if at all possible,
but try to keep the temp down to a simmer. 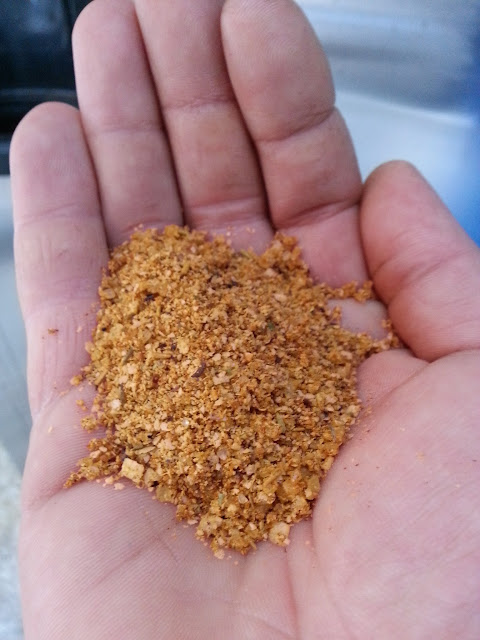 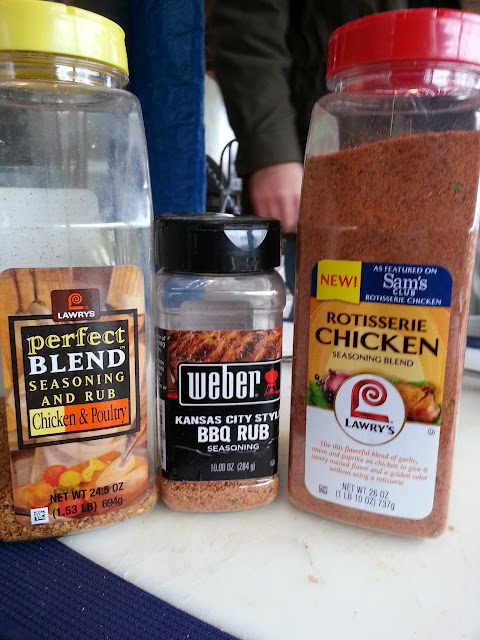 The one in the middle is actually not BBQ Rub,
but rather a smaller container with another type of rotisserie rub in it! 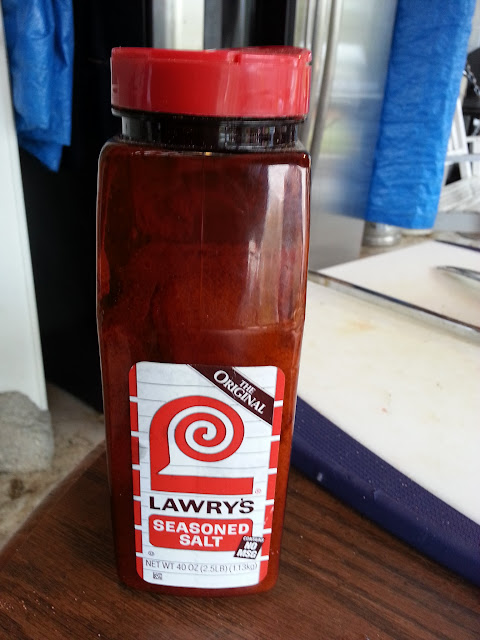 And don't forget the classic standby! 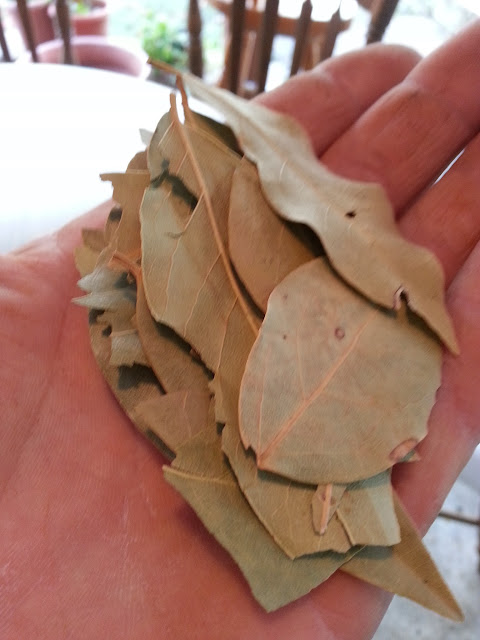 For a normal sized batch of stock, two or three would suffice!
I had to use a lot more for this big batch! 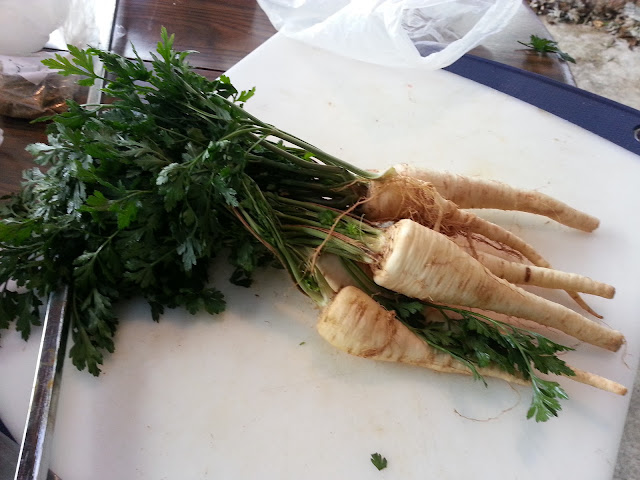 I grabbed some whole parsley plants (incl roots)
to add depth to the flavor! 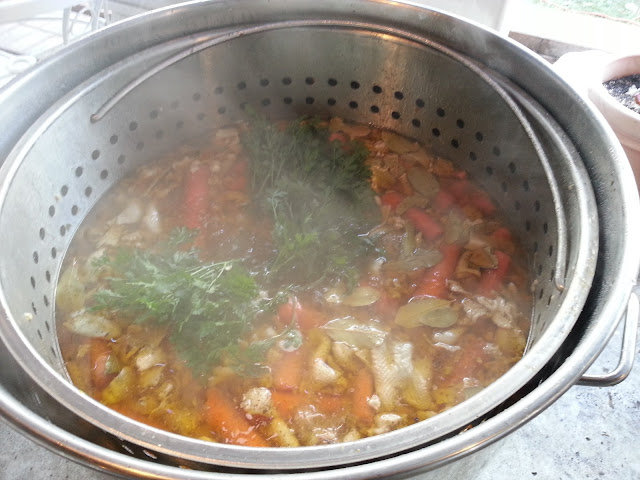 At this point, I let the stock simmer on low for a few hours,
giving it a stir every once in a while to make sure everything was going well!
Once I felt that it was done,
it was time to bust out the ice! 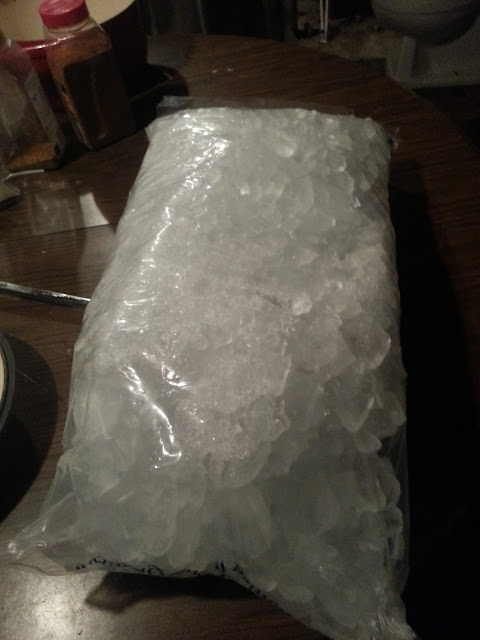 The stock can sit and cool for a bit on its own,
but a big bag of ice should be triple wrapped
then floated in the stock to help cool it down quickly.
It also happened to be 33° outside that night,
so I wasn't too worried about it going bad.
This is the last shot I took before I chucked the bag of ice in it
and the lidded it up for the night.
The ice helps the fat (aka Schmaltz) congeal into a (huge) hockey puck at the top,
which allows you to separate and store it easily.
Stay tuned for the next installment -- storing all of this stock! 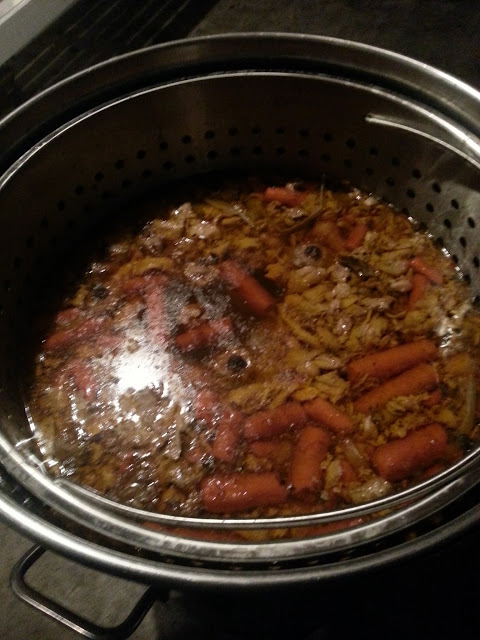