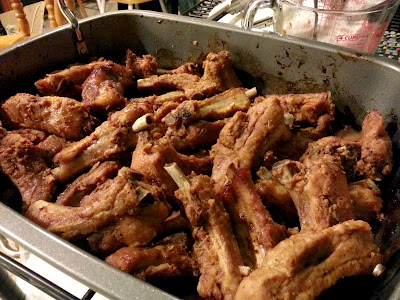 Next time you find yourself contemplating the purchase of ribs that have been marked-down for quick sale, stop screwing around and just buy them already!  You won't regret it! Click here to get your hunger on!! 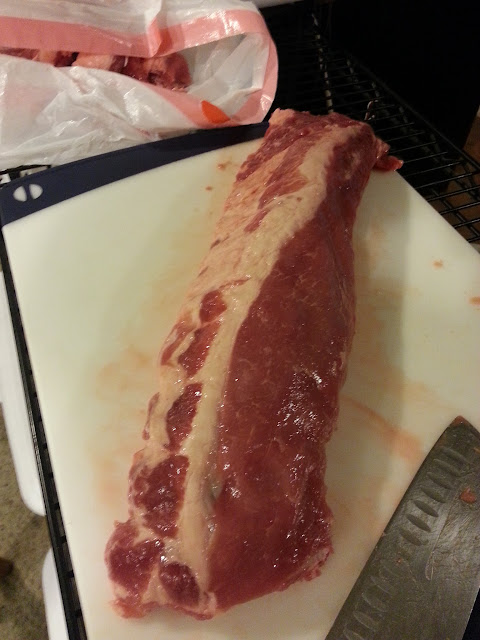 So, around the corner you walk only to stumble upon not one,
but 3 racks of ribs marked down for quick sale!
Quick: What do you do? Hmm & Haaww about buying them,
or pull up your panties and make the right damn decision by throwing them in the cart??  :) 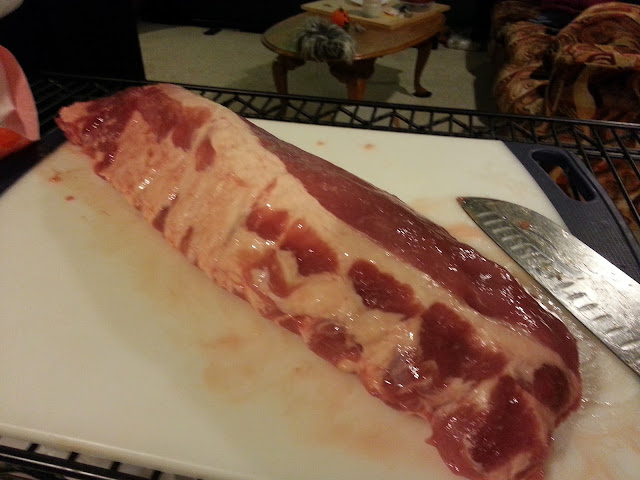 Now, everyone has their own method of doing ribs.
Most of them are wrong, but I'm not saying I'm right.
All I'm sayin' is that I make some damn good ribs!!
Do it my way or your own, I could care less! 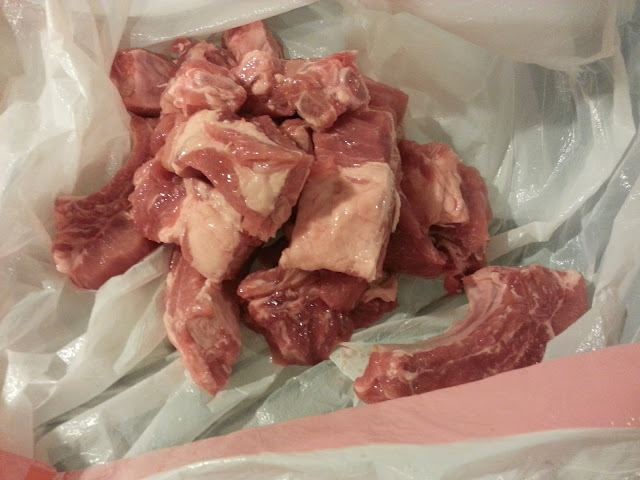 My theory is that more of the love will happen if you increase the surface area
with which the seasonings will make contact with the meat! 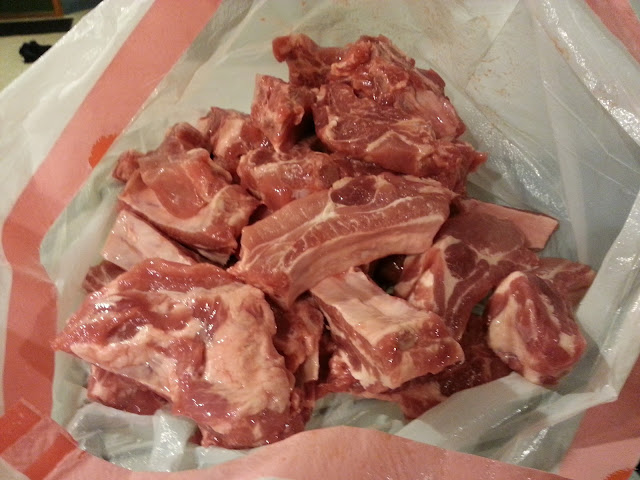 To increase the surface area dramatically, hack the racks into individual ribs! 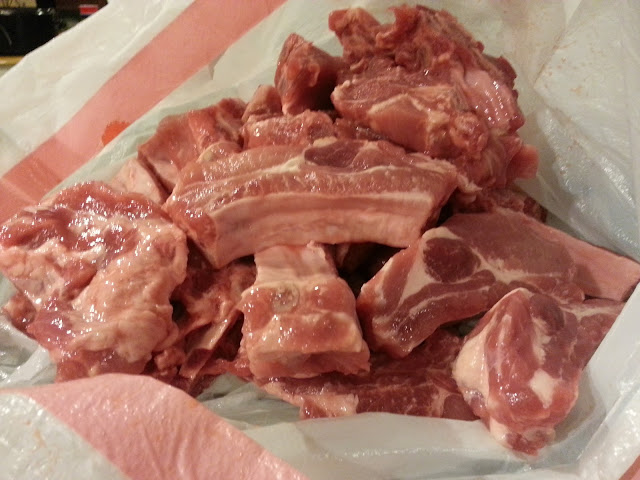 Not only will this increase the surface area allowing more meat to come in contact with your marinade (or rub),
but so too will it make things easier to deal with later on! 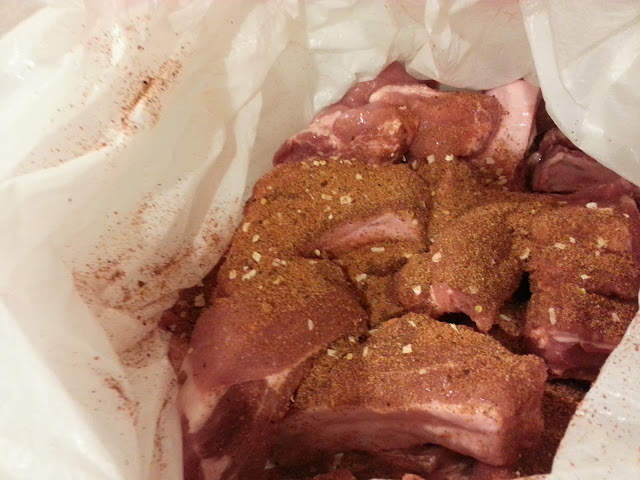 Once you've whacked them all apart, toss on the BBQ seasoning blend that you made in a prior episode!
You DID make a batch of BBQ seasonings to have on-hand for the next time you impulsively buy
12 lbs of ribs, right?!?  Right!
Get to shakin' on some seasonings, then add a cup of ketchup,
a cup of apple cider vinegar, and half a cup of beer!
Now, put it to bed for the night in the fridge to let the love happen!! 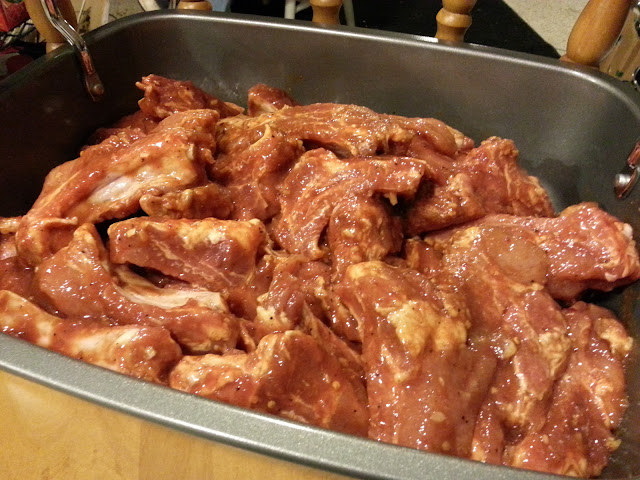 Holy shit!!! Do these look incredible or what?!? 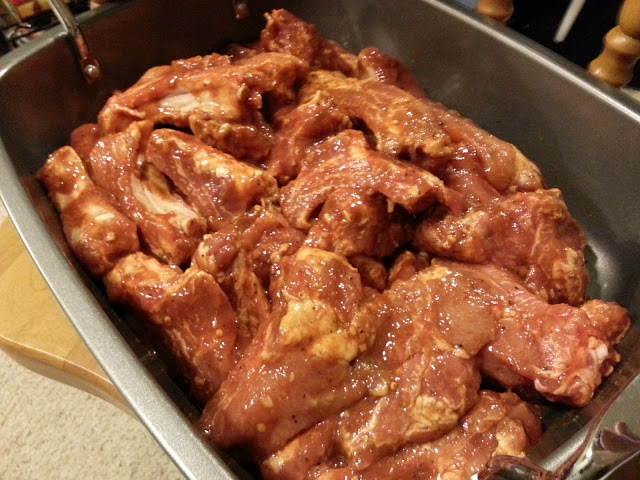 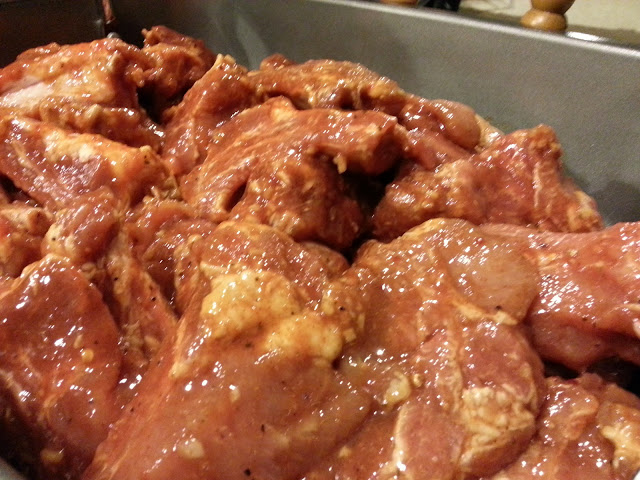 Even sexier close-up!
Resist the urge to eat one!
Chuck them in the oven (covered well) at 375°,
then flip them every 30 minutes after the first 45 minutes have passed.
3 hrs later... 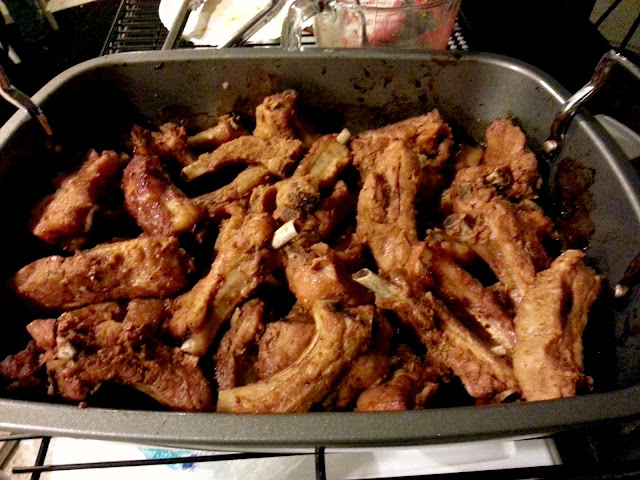 Pow!
More ribs than one person could possibly eat in one sitting!
Though you probably could eat a whole plate of nothing but ribs,
dontcha think yer mudda would want you to eat some veggies too?
Go make yourself some eloté in the nuker while you wait for this to cool down!
You could put BBQ sauce on them, but they don't need it!
I like to broil (or grill) them for just a minute before chowing down on them
to get them sizzlin' hot and ready to be maowed-down upon!

If you're gonna make ribs, you might as well make a TON of them, right?!?
Freeze them in individual layers so that you can grab only as many as you need,
then chuck them (frozen) in the broiler oven for 20-25 min
after you get out of a long day at work and don't feel like cookin'!
Grab yourself a brewski & you'll be eatin' high on the hog in no time!! 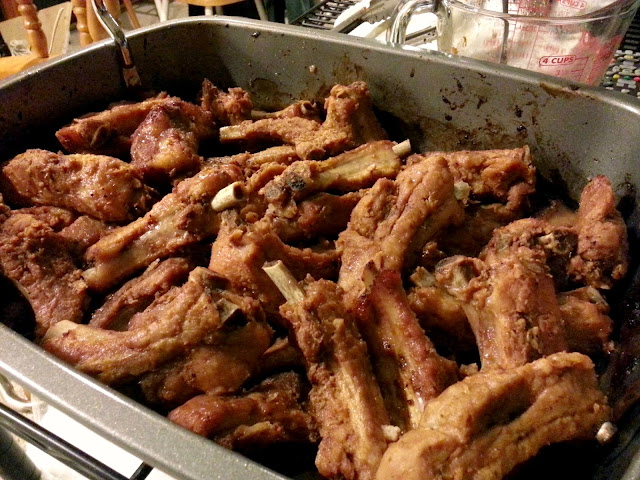