Boneless Pork Riblets!! (With an explanation of Vorbereitungen!!) 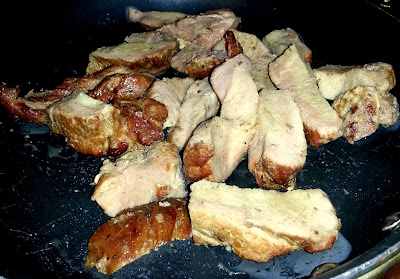 The meaning of yesterday's post entitled "Vorbereitungen!!" may not have been as crystal clear as I had intended it to be, so let this serve as somewhat of an explanation while at the same time allowing me to show off a few pics of how easily boneless smoked riblets can be prepared for a voyage from whence they shall not return!!


This coming weekend is the annual End of Summer Party at Hoo Haa's place in pastoral Grafton, Ohio!!  It was decided at the Fourth of July Party at Malue's house by Hoo Haa that he would rather do boneless riblets than a whole pig because he really liked the way it came out!

I picked up 70 lbs of boneless center-cut pork loin from the Restaurant Depot the other day and prepped them for the party as I had shown you in yesterday's post "Vorbereitungen!!" (which means "Preparations!!").  Every bit of it was hacked, whacked, smoked, then stacked and frozen in anticipation of the big event!  I bundled it in large, fifteen-pound bags because it wasn't going to be portioned out over a long period of time, but in the not-so-distant past, I had also made a batch of boneless pork riblets which I had portioned out for myself, so I decided to whip some up on the night that I had been smoking the new batch for the party! Here's how I  did it! 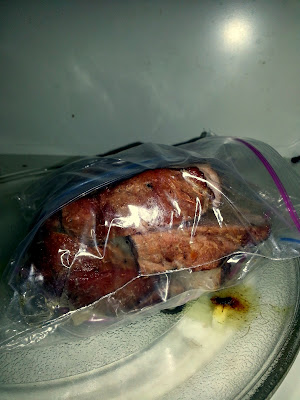 Grab a 1± lb  bag of smoked riblets from your freezer and chuck 'em
in the nuker on defrost just long enough to get them separated from one another. Alternately, you could throw the whole thing in a frying pan w/ a little beer or water
and steam them until they are defrosted. 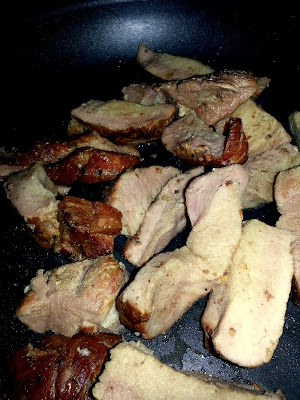 Be sure to portion out the pork generously!
Leftovers are a wonderful thing! 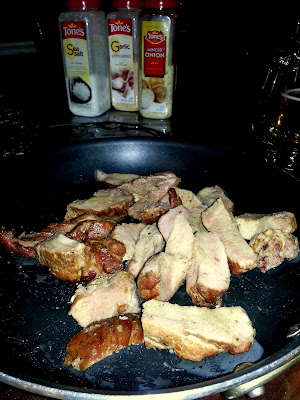 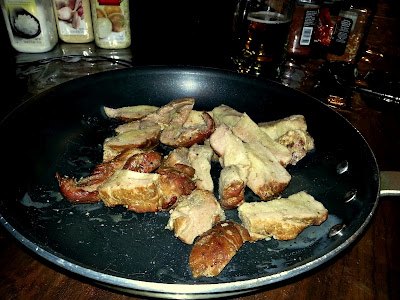 until they loosen up and start to relax. 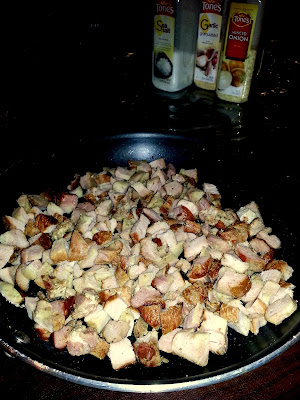 Now get your scissors and get to work! 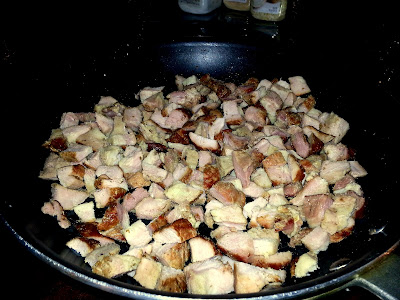 Get yourself (another) beer and share a little with your pork! 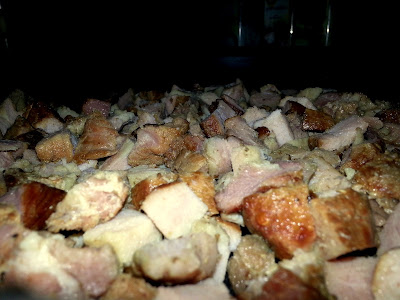 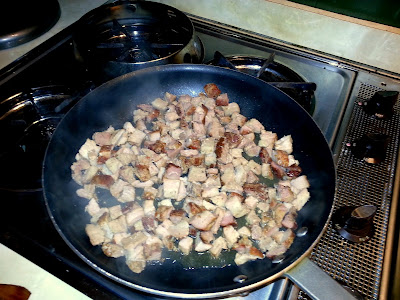 Keep the heat on 'em until the love starts to happen!

When they're hot enough to eat and too hard to resist,
add whatever type of sauce that suits your mood, then get to mowing-down!
I like them "naked" like this, perhaps w/ a little sea salt and fresh ground pepper!
Other ways they can be done:  BBQ, Teriyaki, Mexican/Fajita Style, Stir Fry/Soy Sauce, et cetera! 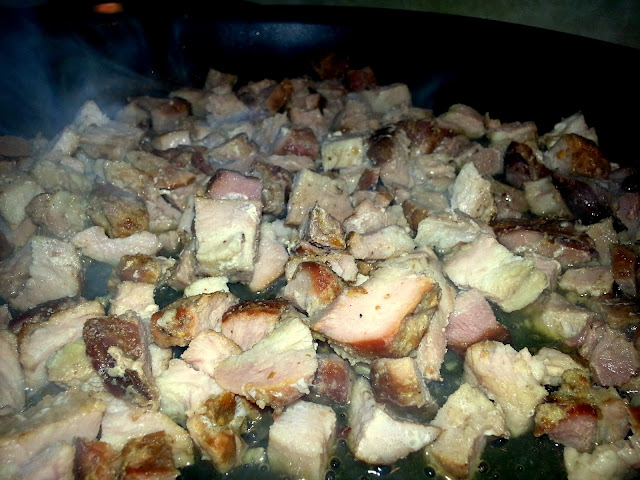