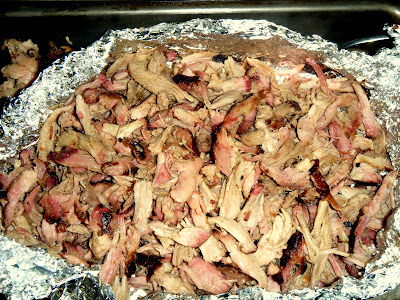 I won't try to hide it or deny it; I love pork!  I get a hankerin' for smoked pork on the regular, so to appease my gluttonous appetite, when I make pork, especially smoked pork, I always make extra!   I managed to score some sexy boneless pork country-style ribs for a great deal, so I whipped up a batch of pulled pork!  Check out how I did it! 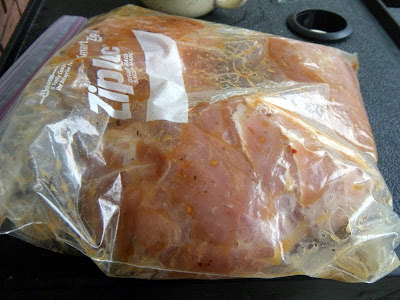 Though this and the pic below are actually from another smoking session,
the meat was rubbed and marinated overnight in the same manner as depicted above. 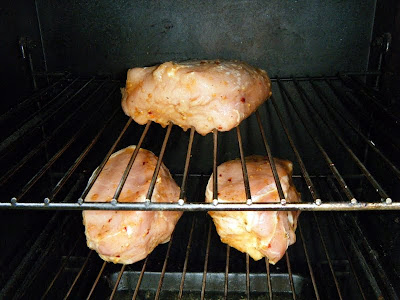 Once the love has happened over night in the fridge,
fire up the smoker and throw the meat in there
leaving a little elbow room for the smoke to do its thing. 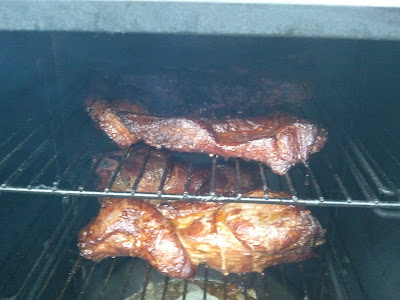 Babysit the smoker as you would on any other occasion
adding soaked apple wood and charcoal as needed. 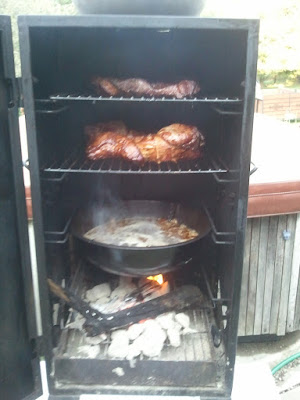 Don't let the flames get out of hand or the temp get too low!
Constant attention isn't necessary, but don't fuck off entirely! 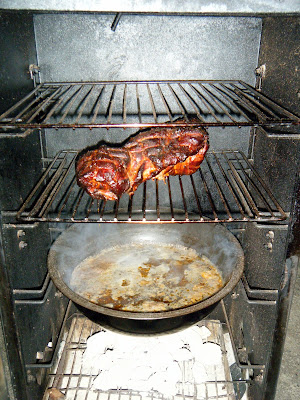 Regardless of how incredibly tempting it may be,
do not pull the meat out until the internal temp
hits at least 180°!! Seems too hot, but just trust me on this! 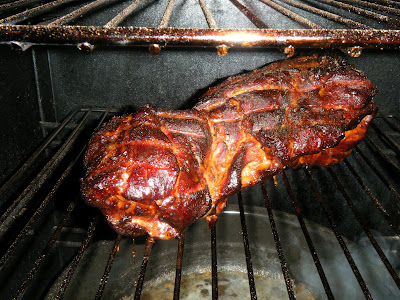 I know you are going to want to just start pulling pieces off of it and chowing down,
but it's HOT, so give it at least 10 minutes before you dive in! 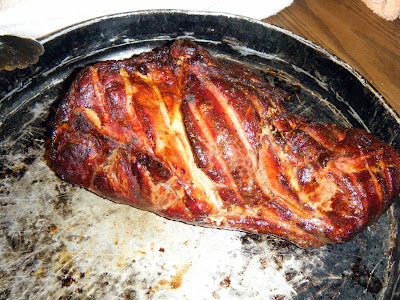 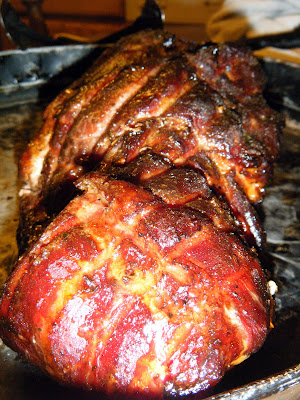 stay tuned for a more detailed post on how I smoke meat! 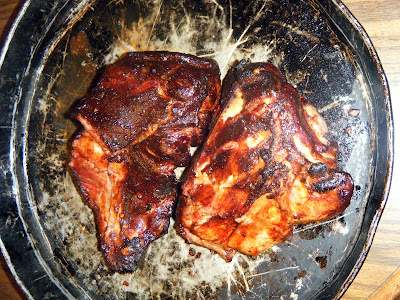 Some people don't like pork.  I'm not one of them! 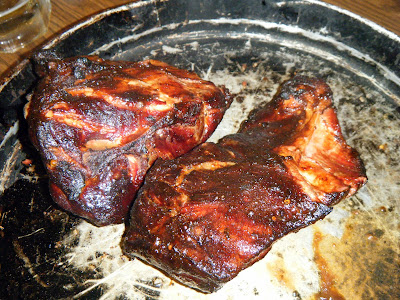 Why make one when you can make two?!? 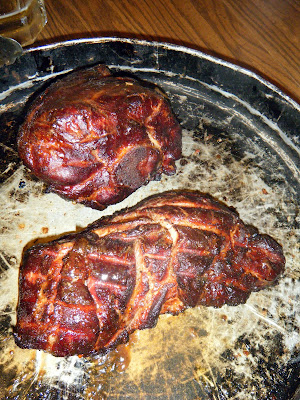 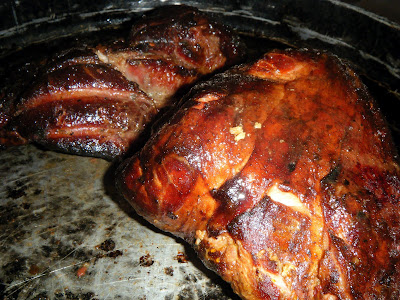 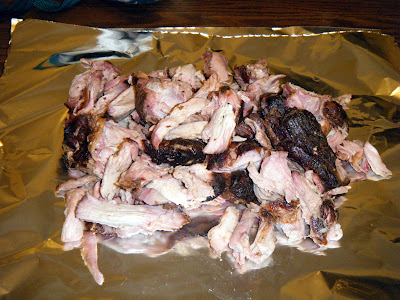 Pork is always easier to pull after you've let it cool off completely.
I usually give it a night in the fridge... 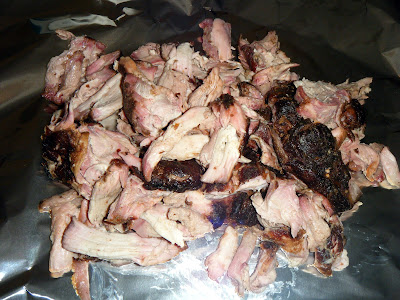 ...before ripping it all apart!  Be sure to discard any tough gristle
or big chunks of fat that may be lurking. 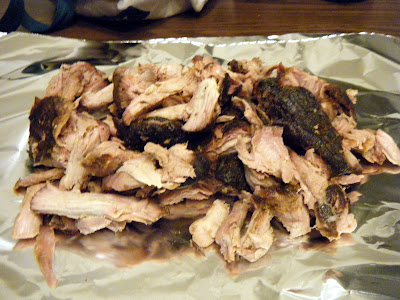 De-fatted, pulled-apart, and sexified, the pork is ready to go!
(Taken under slightly different lighting) 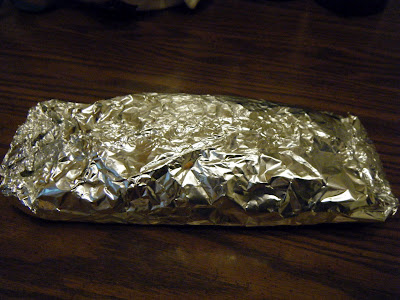 At this point, you can bag it up into dinner-for-one sized portions, then chuck it in the freezer or
you can double-wrap it in heavy-duty aluminum foil in preparation for the oven! 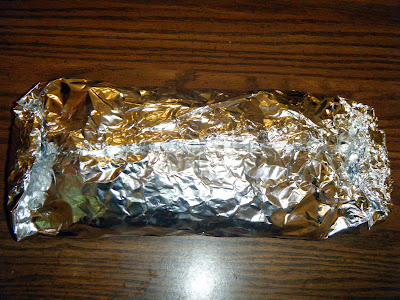 This big batch can be frozen as-is and used to feed an army later or
you can throw it right in the hot box now and get to invitin' your people over for dinner! 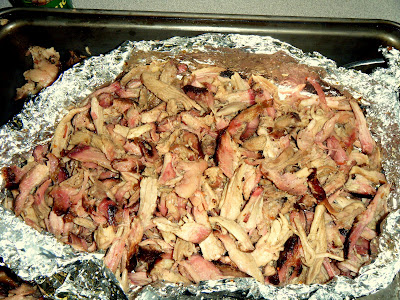 After an hour or more at 375°, stick a probe thermometer in there to make sure
that you've reached at least 140° or so on the dial! 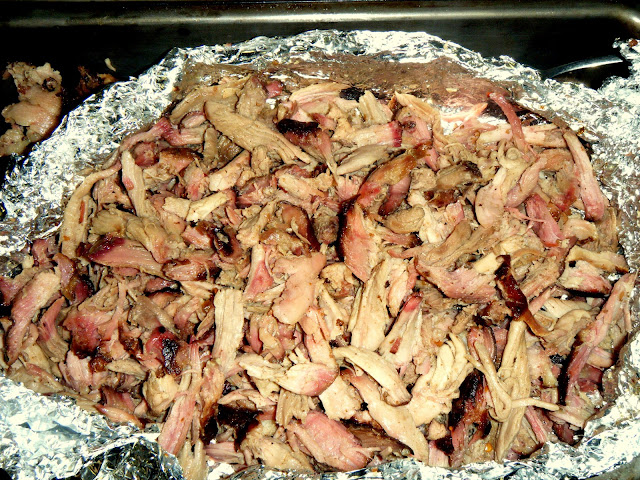 It's finally done!  I like mine "naked" as pictured above,
but some people feel the need to drown it in BBQ swaaace.
You do whatever floats your boat!
Quick tip!  To reheat -- throw it in a pan w/ a tiny little bit of water or beer
and a little bit of granulated garlic & black pepper to make the love happen!