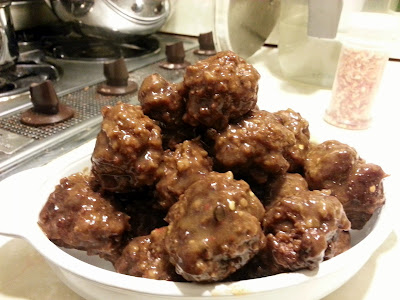 As is common for me on Mondays, I arrived home from work with the urge to get shit done.  I tend to put dinner off until after I've gotten done with what I can, so it wasn't until 10pm that I actually started making dinner, which is par for the course, really.  Regardless, I didn't feel much like cooking, so I decided to cheat and whip up a batch of Albondigas Refritos (Refried Meatballs)!  Here's how it's done! 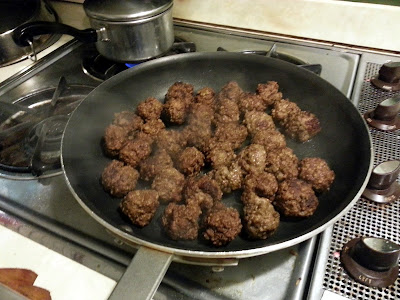 Grab a bag of the par-fried meatballs that you've made in a previous episode
from the freezer and chuck them in a hot skillet. 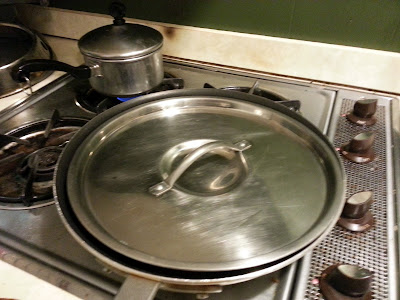 Give it a splash of water, then cover it to allow the steam to defrost the balls. 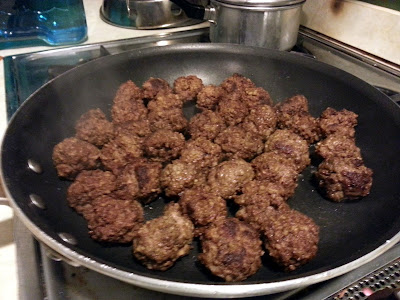 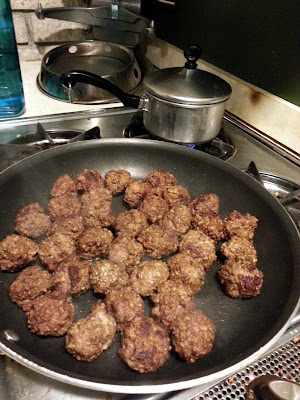 ...then fry the meatballs after the water evaporates
until they are cooked through. 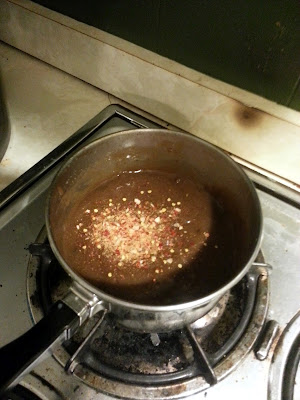 Now, jazz up some gravy with whatever seasonings float your boat! 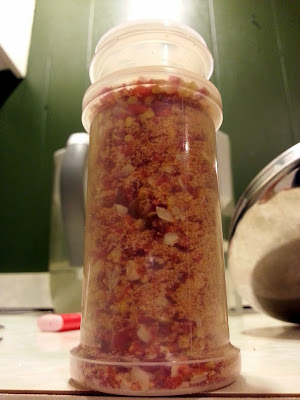 I love my Fiery Diablo Seasoning, but you can use whatever you would like. 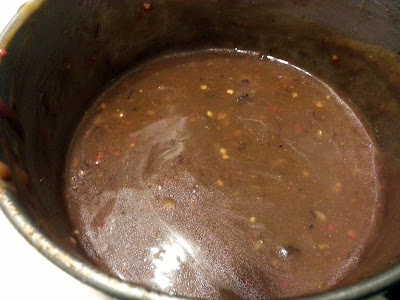 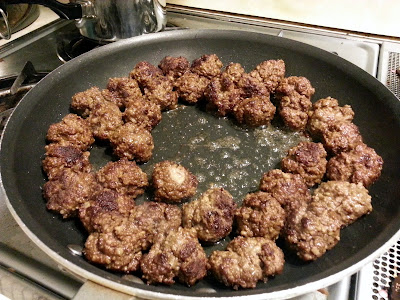 Once your balls are sizzlin'... 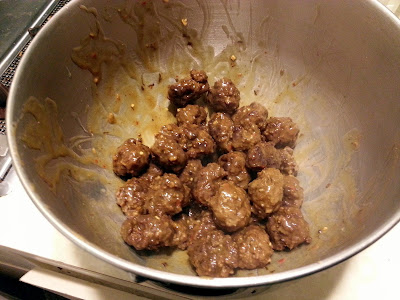 ...toss 'em into a bowl and sauce 'em until they look sexy! 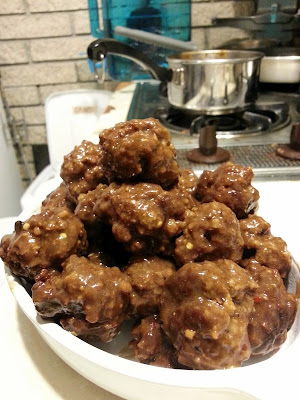 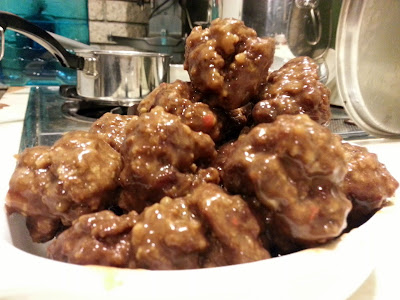 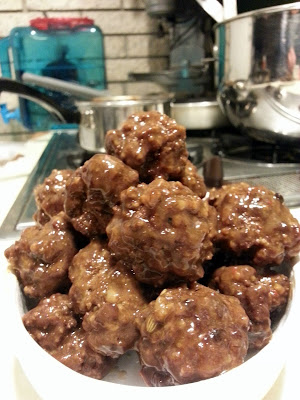 This picture was taken only seconds before
this entire plate of meatballs was devoured!