Cleaning Out the Shed! 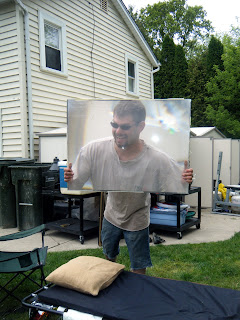 So, I spent the entire Sunday (May 6th) following the Big Brew Day screwing around outside cleaning out the shed in my backyard!  It took me FOREVER because I had to remove everything from it in order to figure out what I needed to hang on to and what needed to get pitched!  Fortunately enough, I was able to make a few tough decisions to get rid of a few large, bulky items for which I had better intentions, but will never get around to acting upon.  As such, I've added a significant amount of material to the pile of shit to be taken to the scrap yard on the next haul!  I also came across a cool little toy (a giant Fresnel lens) that I haven't played with in a while, so Amanda snapped a few pics of me screwing around!  Check em out! 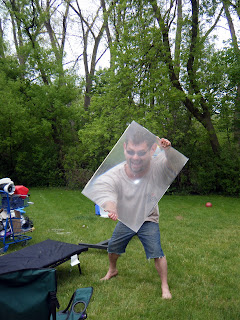 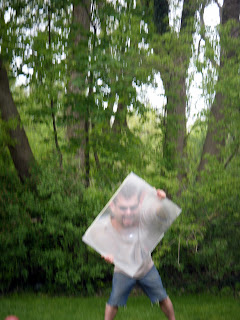